There are certain bands that can just transport you right back to a specific time in your life. For me, those include Huey Lewis and The News, The Misfits, The Figgs, Son Volt, The Byrds and The Shins. To that point, during my late teen and early college years, I could often be found in a non-medicated trance—alone in my room or with my headphones plugged in—listening to one such band: The Samples.

I know I say this about a lot of bands (see: The Weepies), but The Samples were one of the first groups I was truly obsessed with. I gravitated to lead singer/songwriter Sean Kelly’s hyper-personal, introspective lyrics and at times haunting, at others jubilant melodies. I also loved how not-the-same-as-everything-else-on-the-radio the band sounded (and well, they didn’t get much airplay up here in Saratoga-land). This was the era when grunge, alternative rock and jam bands were elbowing for space on the airwaves, and The Samples were lumped in with circuit-mates such as the Dave Matthews Band, Widespread Panic, Phish and Blues Traveler, despite being quite a bit more all-over-the-place, musically, and a decidedly less jammy. They were sort of this happy amalgam of folk and stoner rock, country, jazz, reggae and zydeco, with little snippets of ’80s synth rock, The Police, Neil Young and Toto’s “Africa” encrusting it. (Can you tell that I’ve thought long and hard about that mixture?) Selfishly, I also enjoyed being able to play and sing most of their songs on my guitar, which I was still learning how to play at the time. There was nothing too technical about the compositions, save for a few difficult guitar solos here or impossibly fast finger-picked passages there. It was right in the ballpark for me.

At some point, it became my mission in life to listen to everything The Samples had ever recorded—and at one point in time, it was “mission accomplished.” I soaked in so much of the band’s catalog that I pretty much knew every single song of theirs by heart. My gateway drug was 1992’s No Room, which my older brother had either borrowed from a friend for a time or owned on cassette or CD (my memory escapes me). I don’t think I gave the album a fair shake that first time around, beyond the song “Did You Ever Look So Nice,” which got random airplay on 102.7 WEQX in the ’90s. But when I was gifted the band’s eponymous debut album a few years later—it’s blue and features the five members in mid-dance around a fire—something clicked. (I particularly enjoyed “Birth of Words” and “Close to the Fires.”) I soon went out and bought my own copy of No Room (1992), following that up with The Last Drag (1993) and Autopilot (1994). That was later followed by the semi-live double-album, Transmissions from the Sea of Tranquility (1997). And that pretty much took me to 1998, when I graduated from Saratoga Springs High School and through the four years I spent studying at Connecticut College. The Samples were nothing short of my religion.

And then, one day, I just stopped listening to them. I have no simple explanation. My newfound interest in alt-country music and Son Volt was partially to blame. As was my incessant listening to The Byrds. So was the real world. I was no longer free to just lounge around all day, between classes, listening to music. I had to find a job and make a living, and then, of course, I got married and moved to Brooklyn—and then turned around and moved back upstate to Troy. All of this happened in 15 years time. The Samples sort of got lost in life’s tectonic shuffle.

Just recently, I started listening to the band again. Their albums had been transferred over to my iPod at some point, and I’ve been known to crank them on the weekends, when I’m home alone or have been tasked with tidying up. Then, one day at saratoga living, I rediscovered literally everything The Samples had ever produced (the goal of that early mission of mine) on Spotify. It was like meeting an old friend for coffee and catching up about old times. I was keenly aware that the band had—to paraphrase a lyric from one of my favorite songs from their album The Last Drag—carried on, but it was those original five or so records that felt the most real to me.

So when I saw in my Facebook newsfeed, recently, that The Samples’ Sean Kelly would be performing at Saratoga Springs’ famed, historic folk club, Caffè Lena (on January 10, to be exact), I was intrigued. It was as if the ghost of my former favorite band were haunting me, friendly ghost-style—and just steps away from my office at saratoga living. On the off chance that Kelly was available for an interview, I reached out to his press contact, and what do you know? I found his kind voice on the other end of the line, apologizing for not picking up his phone quicker. The conversation was a little, shall we say, all over the place, but that’s sort of how it goes with “old friends.” (Note: Before the interview, I’d never actually met or talked to Kelly before, and I’m embarrassed to say, even at the height of my Samples fandom, had never seen the band live. When I tell Kelly this, he says, “Well, I haven’t either,” tongue firmly in cheek. “It’s true, you know,” he continues. “I’ve played in the band but I’ve never seen us.”)

So basically, I asked Kelly to fill me in on the last 15 years. What had he and The Samples been up to? “We’re almost finished with a new album right now called Indian Summer, and I put out one [before that] called America,” he says. (The new one marks eight album’s worth of Samples material I’m going to have to go back and listen to for the first time.) Kelly tells me that, round about the mid-’90s, the band’s original lineup started dissolving. Members moved on, and lineups shifted. “It’s a rough business,” he says. Though he’s really been the lone constant in the band as the lineup’s changed around him, all the upheaval hasn’t really affected him that much. “I always make sure that I capture the snapshot of time with an album,” says Kelly. For example, he says, the first album featured multi-instrumentalist Charles Hambleton, whom he drove out to Boulder, CO, with in 1989, long before the band was a “thing” (Hambleton went on to have his own successful career as an Academy Award-winning film producer). So when you listen to that first album, what you’re hearing is one version of the band. The next album, the one after that, and so forth, all have a different color. Kelly tells me he recently played a gig with the group’s original keyboardist, Al Laughlin, who left the band decades ago, and the guys he’s been playing with lately have been putting on some spectacular shows. (The band’s OG five-piece lineup has reunited only twice since that first album, once in 2010 and more recently, in 2014, both at music festivals.)

Speaking of touring, Kelly tells me that, despite playing Saratoga’s own OG music venue—the Saratoga Performing Arts Center (SPAC) in the early ’90s—he’s never actually played Caffè Lena before. Kelly, who hails from Manchester, VT, by way of Burlington and Milton, where he eventually dropped out of high school to go pro as a musician, remembers seeing his first-ever show at SPAC—The Allman Brothers Band—and years later, once The Samples got a bit more famous, playing on the same bill as the Allmans, at the 1993 H.O.R.D.E. festival. Talk about a full-circle moment. For those Samples diehards worried that they’ll be hearing a lot of new material at said folk venue, Kelly says not to worry: “I probably will only play one from the new album, and then one from each album since and all the stuff off the first album,” he says. “There’s so much to pick and choose from.”

It’s not lost on me that the band’s celebrating a bit of a milestone this year, given that their first album came out 30 years ago this year. I ask Kelly if he has anything planned for the 30th anniversary of the album, and he’s momentarily stumped, telling me he wasn’t sure about the exact release date (all the usual, reputable suspects online point to The Samples coming out in ’89, but I’d air on the side of caution before calling this an official 30th birthday bash). And I want to know, as much for him as I do for me: Has he found that The Samples have been building a wider audience in recent years, now that their full catalog is on streaming services like Spotify? “To be honest, I don’t know what Spotify is,” admits Kelly. I fill him in on the details, and how his bands’ full catalog is there, as clear as day. “How do you find out if anybody’s listening to it?” he asks me. And I tell him it’s pretty easy: Those data are right there on the page for all to see. And they’re quite astounding: Not only does his band have 50,000-plus monthly listeners, but also one of their songs, “Could It Be Another Change,” from that first album, has eclipsed 4.1 million streams—not bad for a song that never made it on mainstream radio, MTV or VH1. Kelly’s just as gobsmacked as I am, asking me to take a screenshot of the evidence for him. (I obliged.) “That’s a little song I wrote when I was 18 years old in Londonderry, VT” says Kelly. “Who would’ve thought that [song] would end up like that?”

Kelly further admits that he hasn’t watched TV in two years and doesn’t even own a CD player, let alone know what a streaming service is; he uses an old 70s radio that he bought at a thrift shop for his musical consumption. “I’m not the person people probably think I am when it comes to [music],” he says. “It’s so good to have music go through your head, so it inspires you, but I can’t remember the last thing I was inspired by.” Maybe, I suggest, that’s because there’s no music on the radio these days (or anywhere else, for that matter) that’s really all that inspirational. He responds: “[The Samples] have never really fit in in any way, when it comes to all that stuff [on the radio].” And that’s when it hits me: What an incredible way to live your life! Maybe being a tech Luddite—or having a band that’s so all-over-the-place—hasn’t helped Kelly receive the type of following or press or fortune as a Dave Matthews Band or Phish, but it’s made The Samples the greatest “new” discovery for all who stumble upon them and quickly, dig their music. I’m looking forward to rewinding things back to 1998 and plowing forward. Won’t you join me? 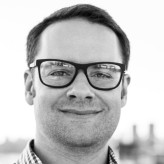 Will Levith is the Director of Content for saratogaliving.com and the Executive Editor for saratoga living magazine. He's a native Saratogian and graduate of Saratoga Springs High School. His work has been published by Esquire, Playboy, Condé Nast Traveler, Men's Health, RealClearLife and many others.