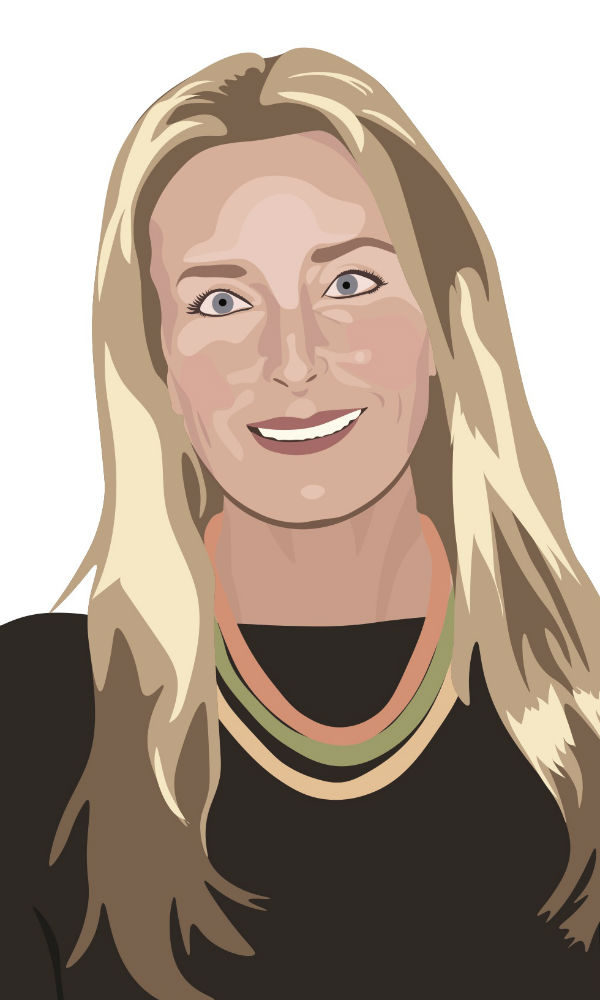 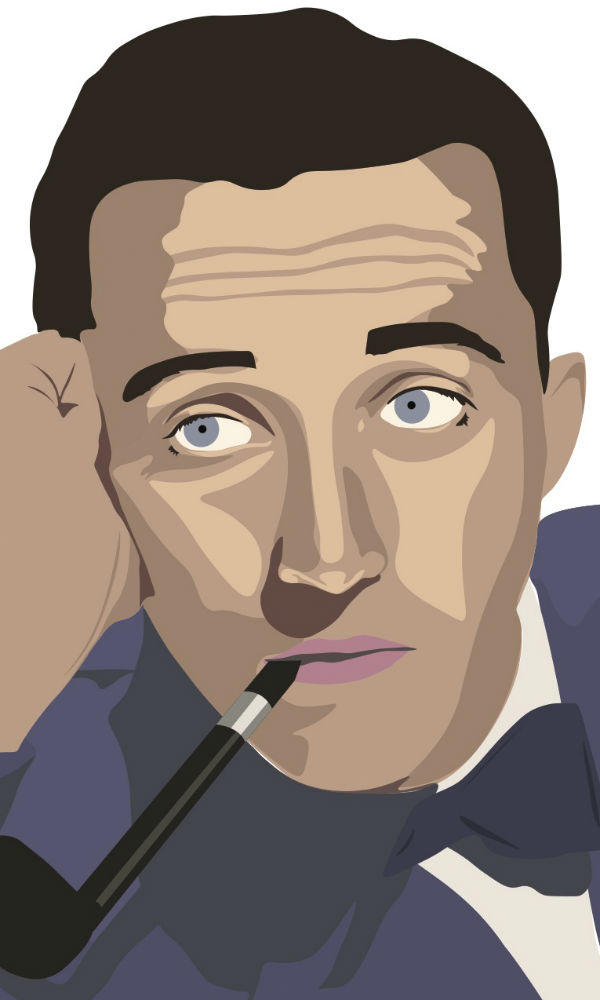 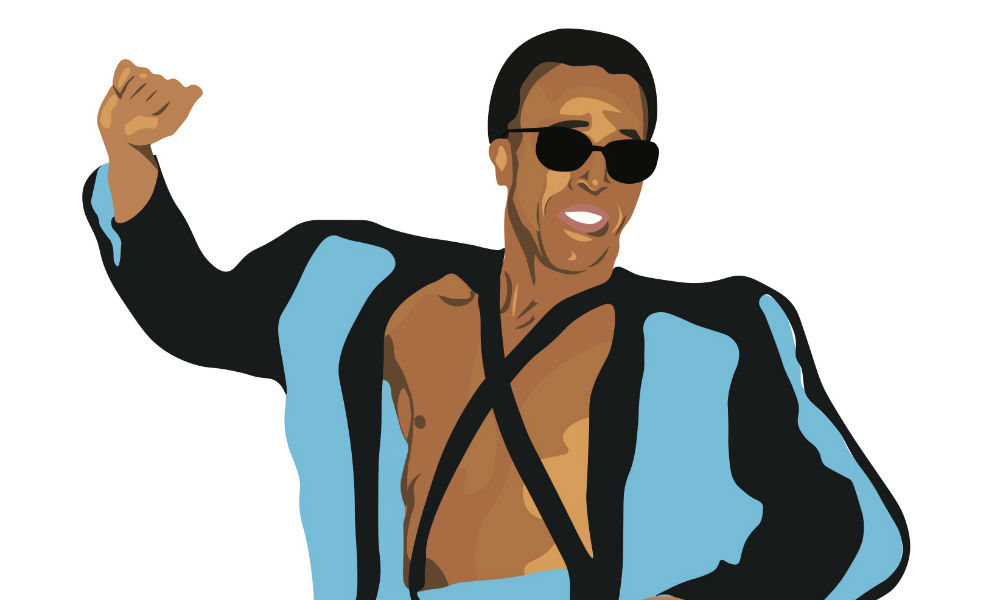 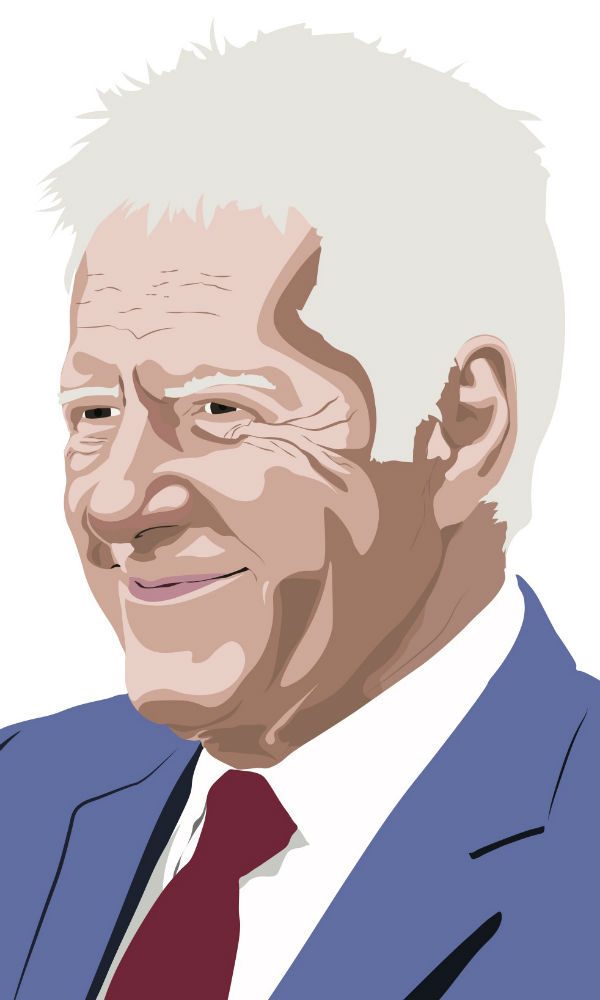 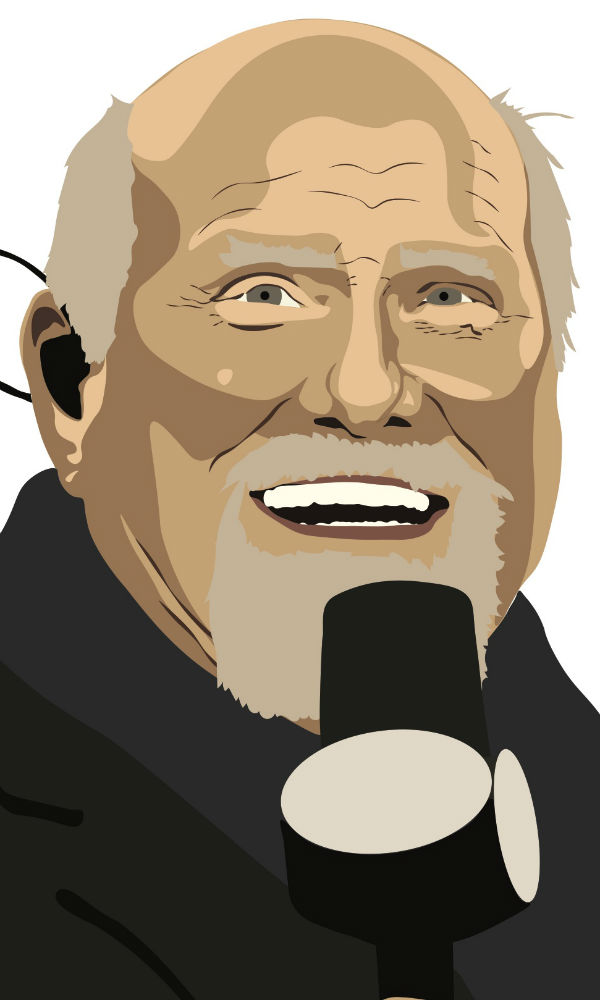 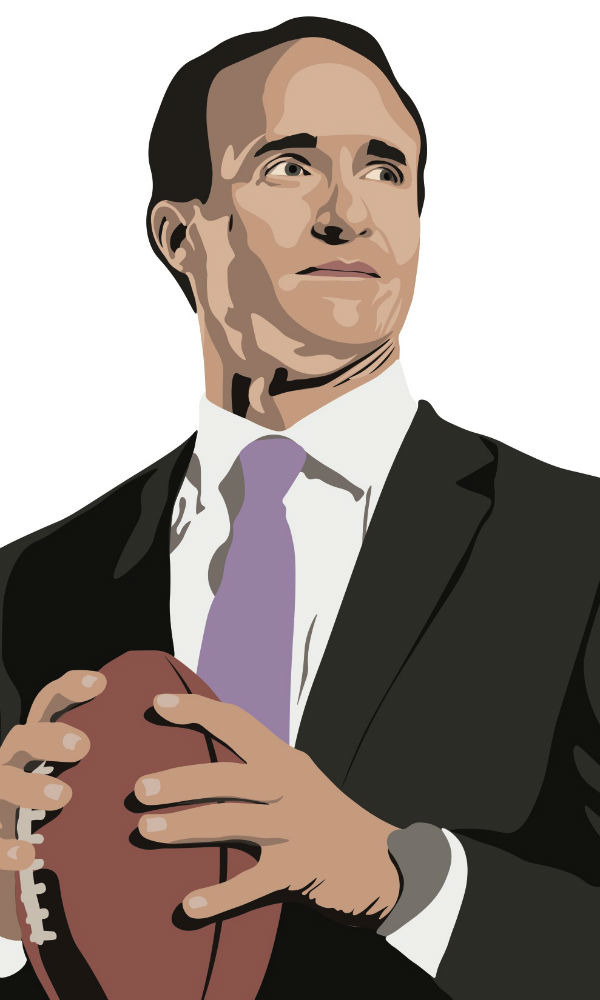 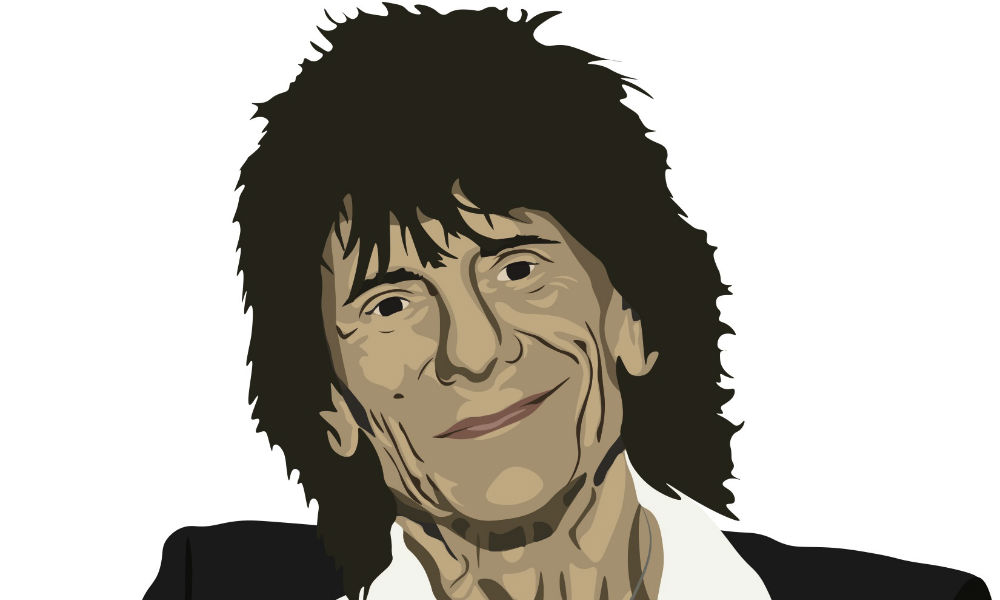 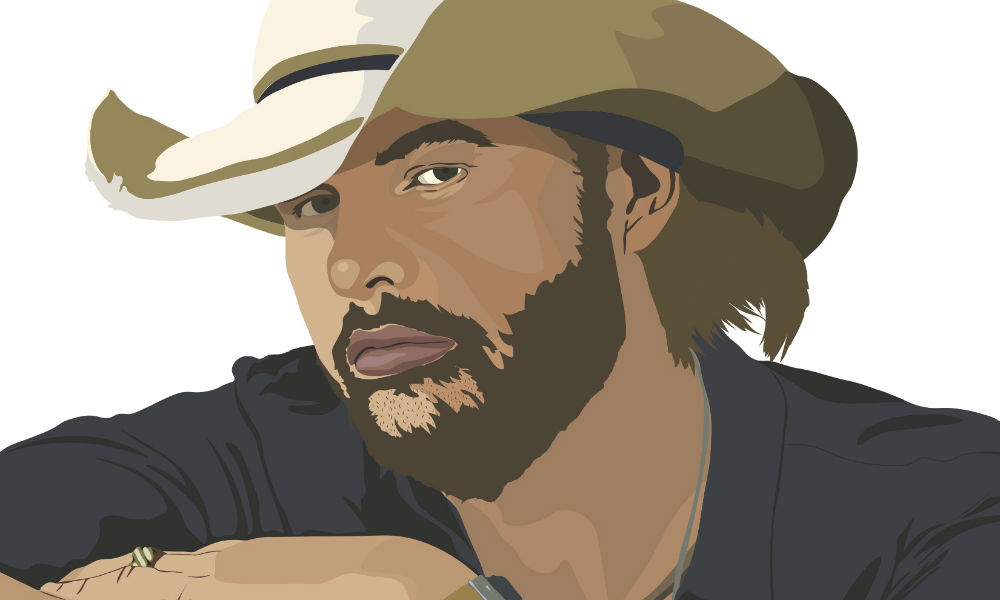 I’d much rather play sports than watch them. That said, it’s hard to ignore the greats in the sports I do like to play, such as Olympic gold medal-winning beach volleyball duo Kerri Walsh Jennings and Misty May-Treanor and powerhouse downhill skier Lindsey Vonn. Horse racing, though, I’d rather watch than play—I don’t know how to ride a horse, and if we’re talking “play” as in “playing the ponies,” I’ve never bet more than $2 on a race. But I’m content to watch the horses thunder around Saratoga Race Course, as well as to watch the sport from afar, year-round, as my job at saratoga living sometimes requires. And in all that watching, I’ve taken special notice when a familiar face enters the horse racing arena.

Case in point: Bode Miller, the world-famous Olympic gold medalist and two-time overall World Cup champion downhill skier. It came to my attention that Miller, who’s also a generous philanthropist, had become interested in horse racing before his skiing career ended in 2017. He’d co-owned 2012 stakes winner Carving with Jill Baffert, the wife of two-time Triple Crown-winning, Hall of Fame trainer Bob Baffert, and owned shares in a number of other horses trained by Baffert. The Bafferts had actually named their son after Miller, as well as their 2012 Kentucky Derby runner-up, Bodemeister.

In 2015, Miller purchased a barn of his own at Fair Hill Training Center in Northeast Maryland, where he’s since been overseeing an operation that he believes is revolutionizing horse training. In a 2017 interview on syndicated TV show In Depth with Graham Bensinger, Miller spoke of how his forward-thinking barn differs from traditional ones, highlighting that his includes a horse treadmill, hyperbaric chamber that helps horses heal after races, an air filtration system, paddocks for the horses to run around outside in and an equine nutritionist. In short, at his barn, horses are treated like athletes, not animals. Miller then takes Bensinger to Bob Baffert’s barn at Santa Anita Park, which is darker, dirtier and has lower ceilings and less air flow. “These are the most elite athletes in the world, and it’s crazy that this is how they’re trained,” Miller tells Bensinger. “This is how they live. They’re in their stall 23-and-a-half hours a day. I’ve been in Bob’s ear for 15 years telling him what he should be changing…and he laughs it off. His argument is ‘I win all the big races,’ and you can’t deny that.”

Even though Baffert’s point is a valid one, it’s hard not to see the tremendous value in Miller’s vision. There’s even a chance horse racing fans could see Miller competing against top trainers such as Baffert in the future, but as he told the Thoroughbred Daily News, he would only get his training license once his kids were a bit older. “I don’t want to disrupt horsemanship as it stands, I just want to add to it and change it a little bit,” Miller tells Bensinger. I, for one, will be cheering for those changes, when (and if) they happen, from the sidelines.

Forget about “The Sport of Kings.” When it comes to this horse owner, it’s “All Hail the Queen.” Queen Elizabeth II of England has been an avid racing lover since she was a teenager, and at 93, her horses have won more than $9.7 million in purse money. She’s had 23 winners at the Royal Ascot, Great Britain’s most prestigious racing meet.

Legendary New York Yankees manager and baseball Hall of Famer Joe Torre fell in love with horse racing in 1996, when he and then-bench coach Don Zimmer went in on a few bets at Pimlico Race Course and came out $600 richer. Since then, Torre’s owned several horses, including Vineyard Haven, whom Torre and trainer Bobby Frankel bought for $250,000 and sold for $12 million, as well as Homeboykris, who tragically died shortly after winning a race on Preakness Stakes Day in 2016.

Iconic filmmaker Steven Spielberg’s directing credits include blockbusters such as Jaws (1975), Raiders Of The Lost Ark (1981) and Jurassic Park (1993)—as well as the six-time Oscar-nominated War Horse (2011). With the latter in mind, it shouldn’t surprise you that Spielberg co-owned 2003 Kentucky Derby fourth-place finisher Atswhatimtalkinbout. Sounds like his horse needed better directing.

Actress/animal activist Bo Derek and her late husband, John, once owned as many as 22 horses on their 46-acre ranch in Santa Ynez, CA. Following John’s death in 1998, Derek served on the California Horse Racing Board, where she worked to enhance Thoroughbred safety, and last year joined the board of the Del Mar Thoroughbred Club. Her autobiography is entitled, Riding Lessons: Everything That Matters In Life I Learned From Horses.

You know you’ve made it in horse racing when they name a race after you. The Bing Crosby Stakes is a Grade 1, $300,000 race run yearly at Del Mar Racetrack, where the race’s namesake, the late singer and actor Bing Crosby, served as a founding member of the Del Mar Thoroughbred Club. His song, “Where the Turf Meets the Surf,” was inspired by the California horse racing hub.

For 1980s hip-hop superstar MC Hammer, horse racing once seemed to be a hobby that was “2 legit 2 quit.” In 1991, Hammer’s horse, Lite Light, took first place at the Kentucky Oaks at Churchill Downs, and a year later, his Dance Floor won the Fountain of Youth Stakes at Gulfstream Park. By 1996, though, his horse racing career ground to a halt when he filed for bankruptcy.

Between 1996 and 2005, longtime Jeopardy! host (and recent cancer survivor) Alex Trebek owned Creston Farm, a 724-acre breeding farm in Santa Barbara, CA, which was home to anywhere from 350 to 400 horses per year, including graded stakes winner Reba’s Gold. In 2005, Trebek sold the farm for $10 million.

Following a four-time Super Bowl-winning career with the Pittsburgh Steelers, Hall of Fame quarterback Terry Bradshaw turned his attention to quarter horses. For two-and-a-half decades, Bradshaw’s company, Terry Bradshaw Quarter Horses, has been breeding and raising a range of horses at Bradshaw’s Circle 12 Ranch in Thackerville, OK. Bradshaw has also dabbled in Thoroughbred racing, having been part-owner of the Todd Pletcher-trained Mission Impazible, who finished a disappointing ninth in the 2010 Kentucky Derby.

Professional football isn’t the only sport New Orleans Saints quarterback Drew Brees competes in. He’s owned horses as a partner in the Donkey Island Racing group, and in a 2012 claiming race, claimed the horse Siempre Mio away from former Los Angeles Lakers superstars Kobe Bryant and Pau Gasol, who were part-owners.

It seems Rolling Stones guitarist Ronnie Wood has gotten at least some satisfaction from his fascination with horse racing. His ten-year-old horse, Sandymount Duke, whom Wood bred himself, was a candidate for this year’s Grand National, one of the world’s premier steeplechase races, but he ultimately didn’t run.

A couple of years after country superstar Toby Keith released his eponymous debut album, he and his father, Hubert Covel, who’d always loved going to Remington Park in Oklahoma City, bought a horse, Jack Branch, together. Keith was hooked after the horse won its first race. He bought another horse and then eventually a farm. Now, two decades later, Dream Walkin’ Farms’ horses have over 5000 career starts and more than $14.2 million in career earnings.

Kelsey Fredricks is a staff writer at saratoga living.