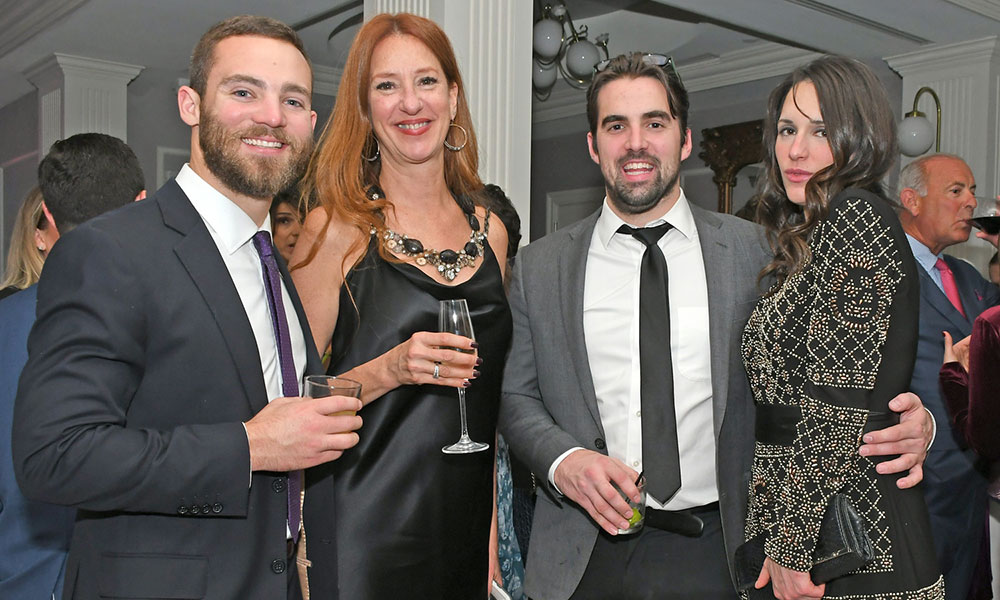 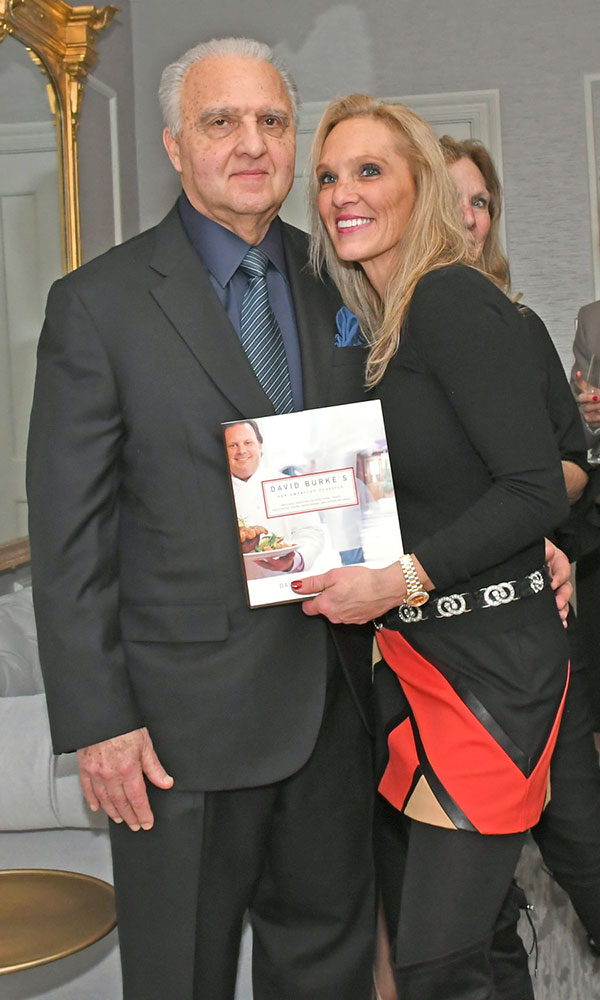 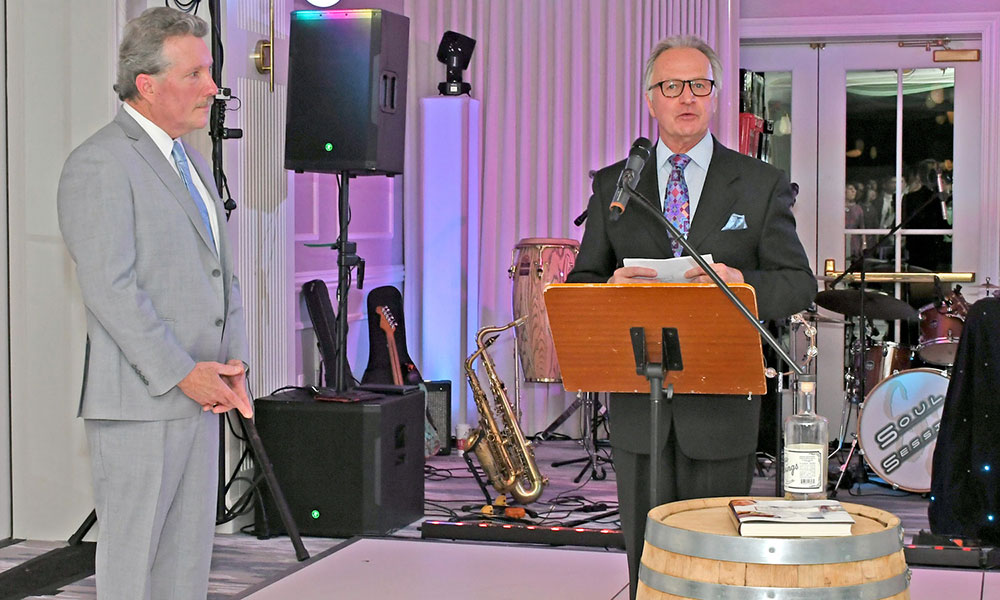 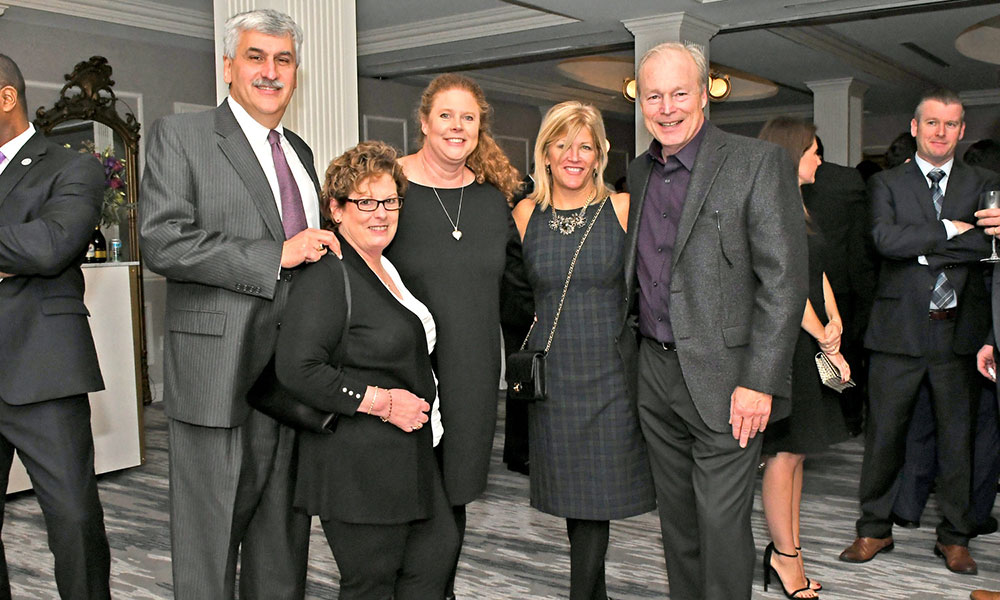 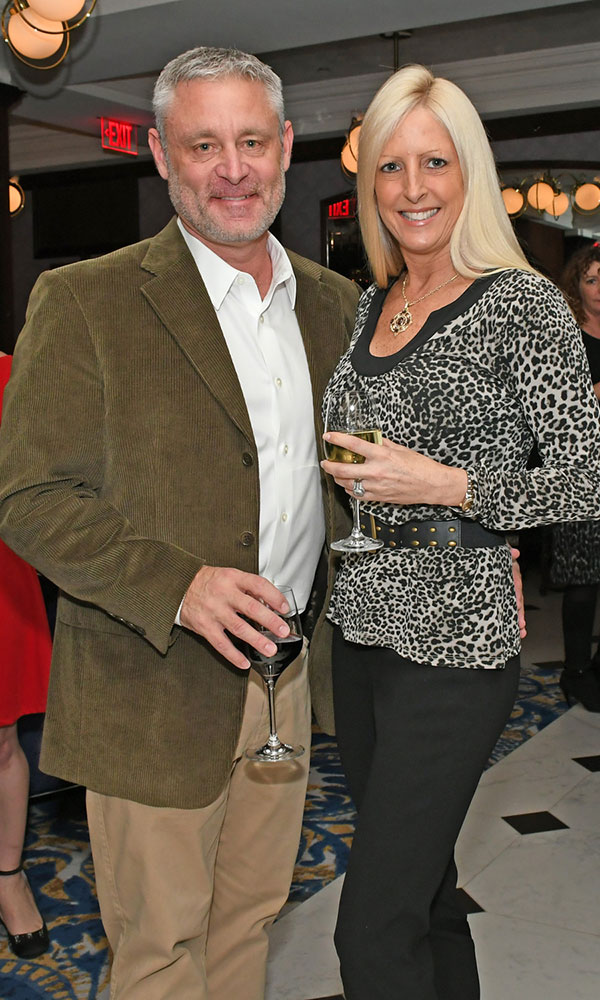 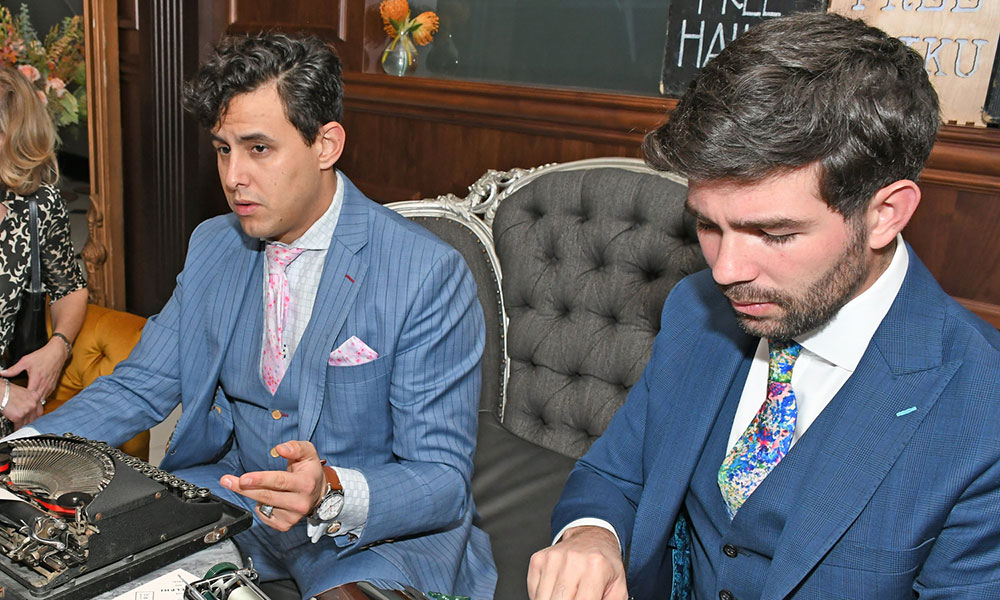 Vincent and Patty Riggi, winners of the live auction dinner for 10 prepared by Chef David Burke from 'Iron Chef.' Patty is holding up a copy of Burke's signed cookbook. (Cathleen Duffy)

Ed Mitzen, Fingerpaint CEO and vice chairman of the Double H Board, and his wife, Lisa. (Cathleen Duffy)

Erick Szentmiklosy and Daniel Zaltsman, co-founders of the Haiku Boys, who created personalized haikus for guests of the event. (Cathleen Duffy)

The evening of Thursday, Nov. 16 marked the grand opening of the newly renovated Adelphi Hotel on Broadway in Saratoga Springs, N.Y. The night was highlighted by a fundraiser, which raised money for the Double H Ranch, a camp serving children with life-threatening illnesses and their families.

“There are many reasons why the Double H has achieved its reputation of excellence and success over the last 25 years,” Max Yurenda, Double H’s chief executive officer, told the crowd in the Grand Ballroom. “Tonight I want to recognize the community. If the community 25 years ago hadn’t recognized the critical importance of our mission and embraced and supported us since inception, we would not be the organization we are today. We have incredible leadership, education, we’re fueled by passion, we have all the right ingredients but … if you don’t have that support, full support of an entire community, you will not succeed.”

The partnership between the Adelphi and Double H started when Michel Ducamp, Adelphi Hospitality Group’s chief operating officer, reached out to Double H and scheduled a tour of the camp. Michel was “touched by the essence of what we do at the ranch,” Yurenda said. “I feel very strongly that this is chapter one of a longterm partnership.”

Among the quirks of the night’s celebration were a pair of haiku writers, wearing three-piece suits, sitting on a velvety Victorian couch, typing away at their vintage typewriters. Cofounders of The Haiku Guys, the writers invited attendees to sit down and chat, eventually producing a personalized haiku.

Guests milled around, marveling over drinks from Morrissey’s Lounge and raffle prizes like a stay at the Adelphi; five tickets to the New York City Ballet at Saratoga Performing Arts Center; and a Complexions Spa package. The band Soul Session performed in the library, where bow-tied servers passed out delicacies by the Adelphi Hotel’s culinary team.

After Yurenda addressed the crowd, Ducamp stepped in. “We just have a little bit more fun to have,” he told attendees. “We hope in the next few minutes you will reach deep into your hearts and even deeper into your wallets.”

And the crowd did. A surprise live auction brought in $5,000 for one of the first barrels of bourbon whiskey produced in Saratoga since Prohibition from Upstate Distilling Co., and $3,500 for a dinner for 10 cooked by Chef David Burke from Iron Chef America.

Even Saratoga socialite and Turbine Services Ltd. founder Vincent Riggi, who serves as the Double H board chairman, showed a soft spot for the organization. “The thing I don’t like about Double H,” he said seriously, “is it makes me very emotional.”