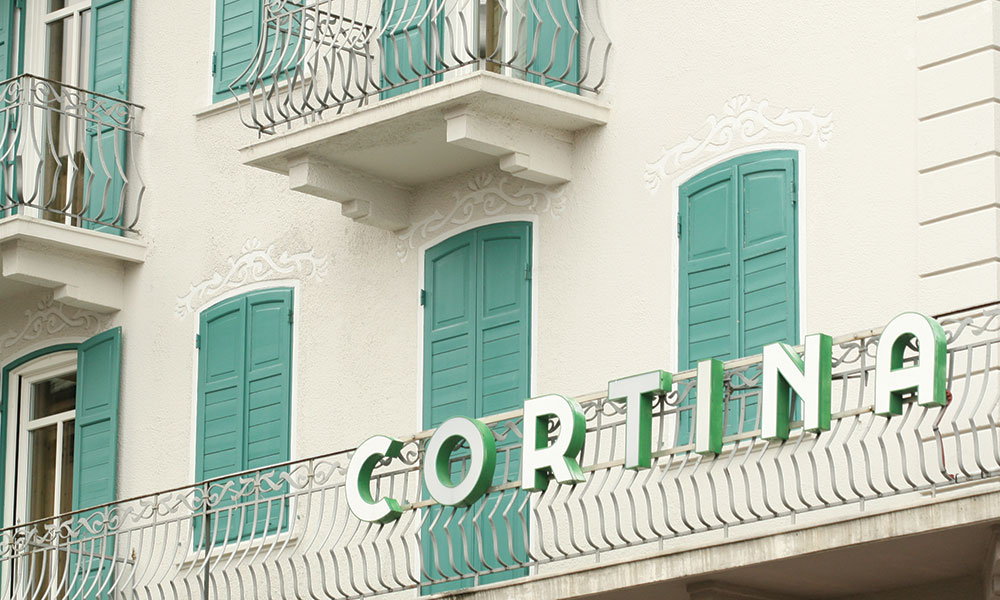 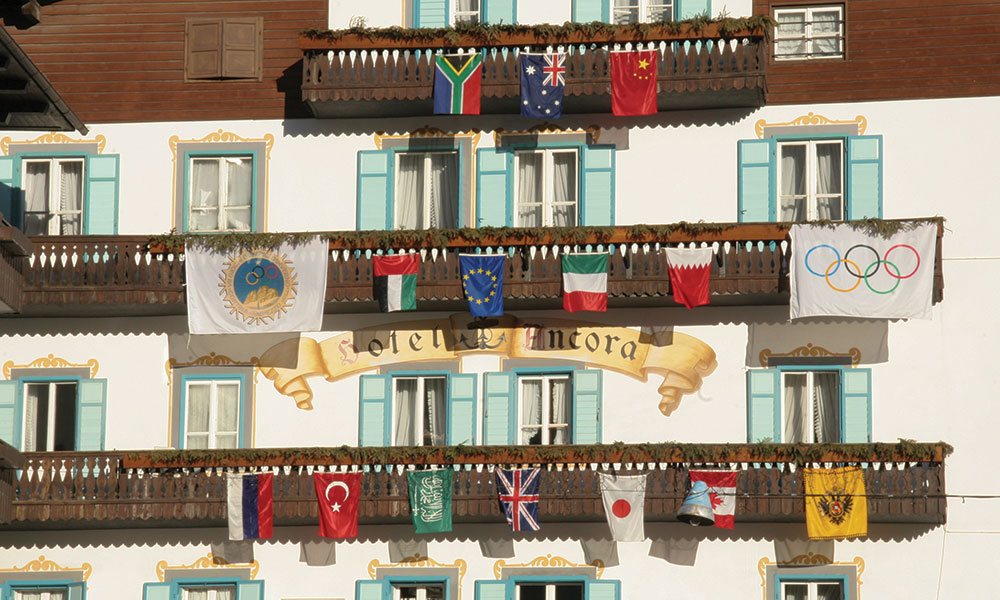 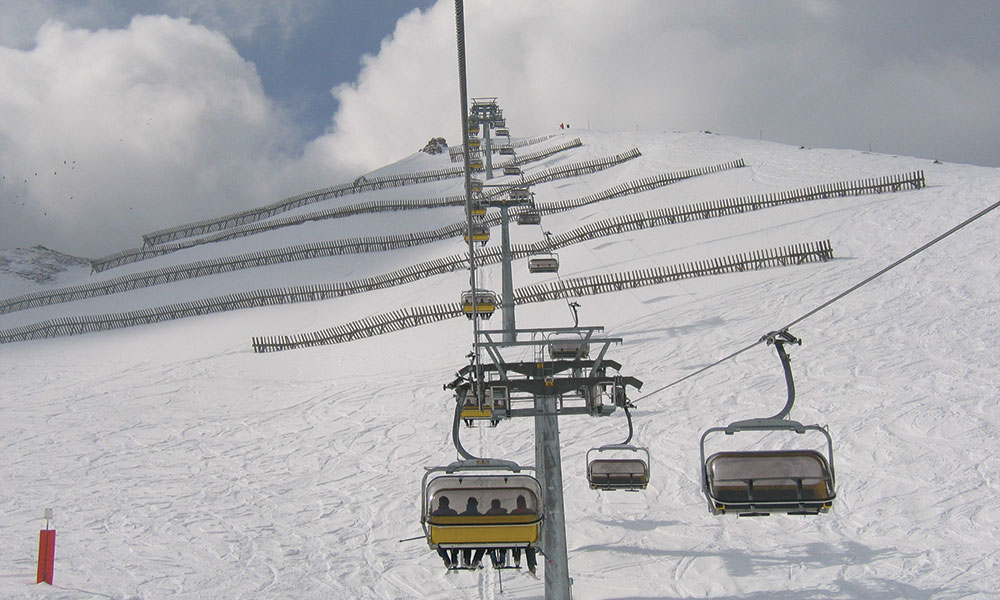 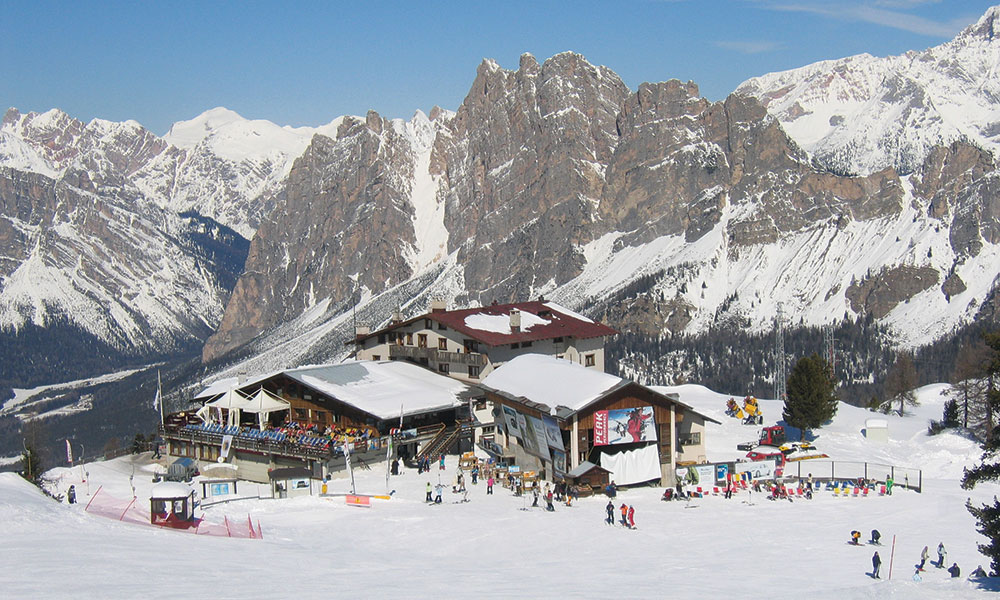 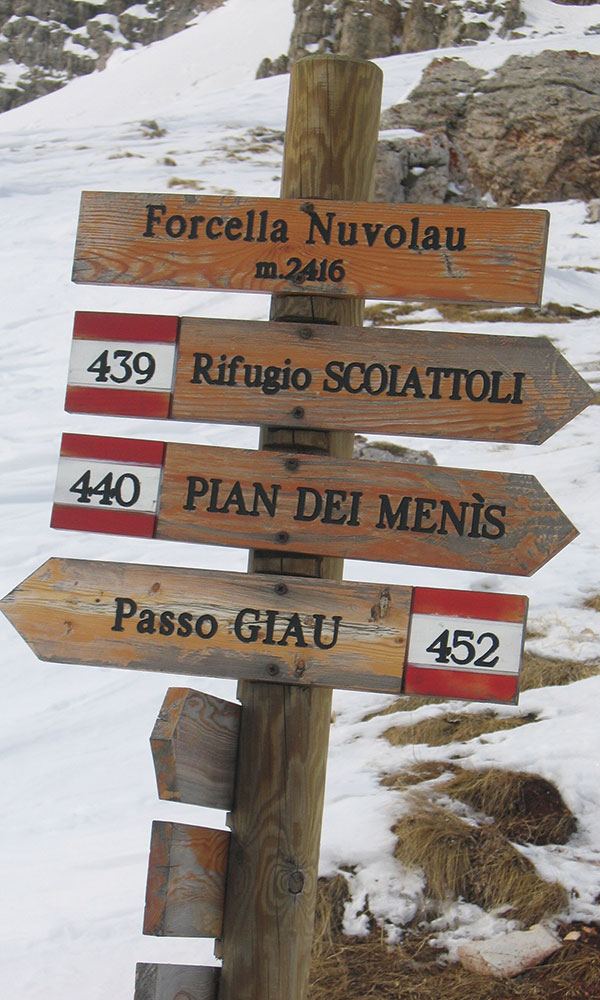 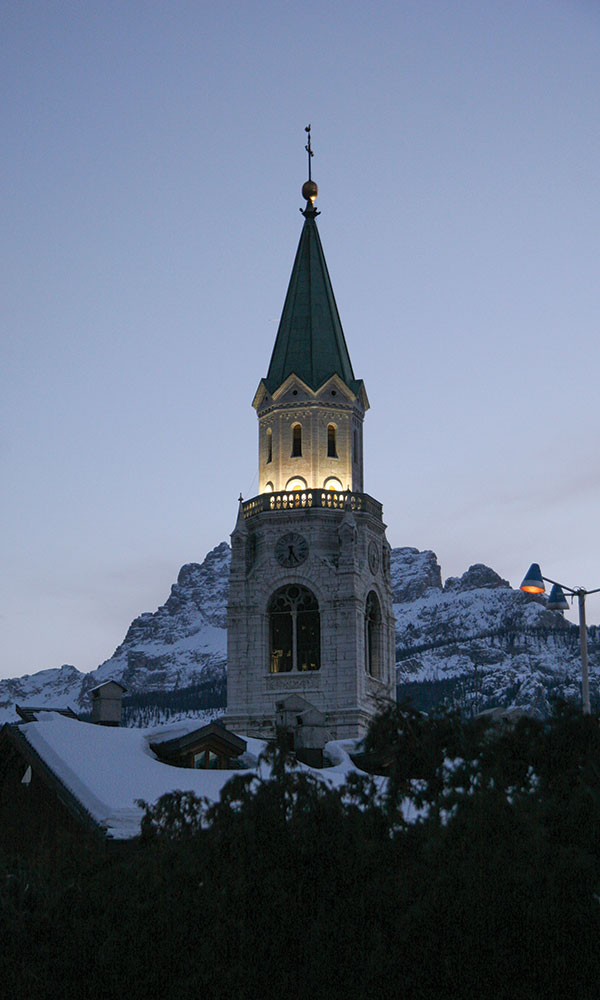 The bright, midday sun shines on the facade of Hotel Ancora. (Terri-Lynn Pellegri)

A series of snow fences on the way up a chairlift. (Terri-Lynn Pellegri)

The view on the last run of the day at Faloria ski area. (Terri-Lynn Pellegri)

A sign on a ski trail points to Rifugio Scoiattoli, which directly translates to "squirrels shelter," though it should really say "the best restaurant you'll ever eat at on the mountain." (Terri-Lynn Pellegri)

The Gothic bell tower next to The Basilica Minore begins to glow just before dawn. (Terri-Lynn Pellegri)

The Alpine Sport Shop, which sits at 399 Clinton Street just past the western entrance of Skidmore College, is nothing short of a local icon. First opened in 1941, the family-owned business is now one of the oldest ski shops operating in New York State, and Owners Cathy and Jack Hay have welcomed generations of local skiers through the shop’s massive blue wooden doors.

Nearly a quarter-century ago, piggybacking on the success of their business, the Hays first organized and hosted a weeklong ski trip to Innsbruck, Austria, and their devoted customers followed. Every year since, they’ve offered one or two destination ski trips per season—some domestic, others international—to legendary winter sports hubs, such as the Rocky Mountains in Colorado; Sun Valley Resort in Idaho; Chamonix-Mont-Blanc in France; and the remote Portillo, a resort located in Chile’s Andes mountains. (If you’re wondering, trip number 41 kicks off on March 2, 2019, in Taos, New Mexico.)

But the shop’s ski trip closest to my heart took place in Cortina d’Ampezzo (Cortina, for short), a resort town in the Northern Italian Alps, in 1995. After closing my own local business, I officially joined the Alpine Sport Shop team, linking up with the Hays on their second ski extravaganza. Since then, I’ve been reminded, daily, of the trip by the handmade wooden sign on my kitchen wall that points southeasterly and reads, “Cortina 3831 Miles.” It was a treasured gift from the Hays. Under the sign is my clock in the shape of a squirrel, the mascot of Cortina, with its paws indicating whether I need to speed up my day—or have the luxury to daydream about the Italian Alps.

I remember that first journey to Cortina like it was yesterday. (As part of Team Alpine, I’ve been back five times, leading and hosting a number of Saratoga Springs-based skiers on the trip of a lifetime.) We first flew into Venice, then wound two-and-a-half hours north into the Italian Alps, where the world-renowned ski resort revealed itself as an unending winter landscape of snowy peaks and breathtaking natural beauty, thus earning the name Queen of the Dolomites. Arriving at dusk, I witnessed the breathtaking enrosadira, or “alpenglow,” when the setting sun paints the mountains surrounding the village pink.

Cortina’s blend of authentic Alpine culture and vibrant, upscale ski scene makes it a winter destination like no other. The skiing is world class, but it’s not a prerequisite to having an unforgettable après-ski experience. As it were, the European jet set put Cortina on the map following the 1956 Winter Olympics, which it hosted—and it has since become an international icon of its own. Classic Hollywood movies including The Pink Panther (1963), James Bond thriller For Your Eyes Only (1981) and Sylvester Stallone vehicle Cliffhanger (1993) were filmed there. The latter was shot on Monte Cristallo, part of the surrounding Dolomiti super-ski area, a 1000-year-old hotspot, which is inexplicably modern yet frozen in time. (It’s the real deal…Che bellissima!)

Of course, when you’re in Cortina, you’re on Italian time: The rhythm of every day is a dance, and the pace is as free and pure as each cleansing breath of mountain air you breathe in. Want to enjoy a two-hour lunch on Tofana di Mezzo, Cortina’s highest peak, after hitting the slopes at 10am? No problem. There, you can get my favorite regional delicacy, casunziei, beet ravioli with poppy-seed brown butter—with a glass or two of prosecco to wash it down.

There’s truly no place in the world like Cortina—and, as luck would have it, the Alpine Sport Shop plans to host another ski vacation there in 2020. I’ll see you there. Andiamo tutti!