When people ask if I ride horses, I always give the same answer: seldom, and badly. I took lessons, first as a kid growing up in Saratoga Springs, then as an adult with a Saratoga friend on a beautiful farm just off the Taconic Parkway. I was awful, and I felt sorry for the horses, which were more patient with me than I deserved. I watch jockeys and exercise riders, who can stand up in stirrups with more balance and confidence than I stand on a sidewalk. I marvel at their strength and athleticism, and I wish that, just once, I could experience that feeling of going as fast as you can, fearlessly.

At the North American Racing Academy (NARA) in Kentucky, the students learn to do just that. In 1990, as he lay in a hospital bed healing from several broken bones, Hall Of Fame Jockey Chris McCarron wondered if he’d ever ride again, and if not, what he’d do with his life. “The answer I came up with was, train horses or kids,” he says. He chose the latter, and after more than a decade of planning, NARA opened its doors in 2006. The Riding Academy is a two-year program that’s part of the Kentucky Community and Technical College System, and graduates have gone on to ride professionally, win races and appear in international jockey competitions. Saratogian Jacqueline Davis is a graduate; riding professionally since 2008, she most recently won on August 8 at Penn National Race Course. Her most memorable win, though, may have been in December 2011 at Aqueduct Racetrack on Sandyinthesun, a horse trained by her father, Jockey Robbie Davis.

McCarron’s no longer with NARA; it’s now run by Dixie Hayes, the school’s lead instructor and Program Coordinator. The program boasts alumni who’ve won more than 3000 races and $35 million in purse money, and who work at well known racing stables and breeding farms. Though less tangible, the moments produced by the program are as valuable as those jobs and wins. I was at Aqueduct the day Jacqueline won, and I watched Robbie engulf his daughter in a hug. They couldn’t have been more excited, or more exuberant, if they’d won The Travers Stakes. 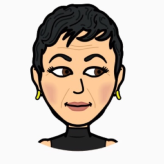