Attention bookworms: Northshire Bookstore and Skidmore College are teaming up to host a discussion with bestselling author and Pulitzer Prize-winning columnist Anna Quindlen. The author will be coming to Skidmore’s Gannett Auditorium on Tuesday, May 7 to discuss her latest book, Nanaville: Adventures in Grandparenting, a nonfiction exploration of Quindlen’s most challenging job yet: being a grandmother.

Quindlen is a phenomenally skilled and nuanced writer, whose fiction, nonfiction and self-help books have appeared on bestseller lists; her semi-autobiographical novel One True Thing was made into the 1998 Oscar-nominated film of the same name, starring Meryl Streep, Renée Zellweger and William Hurt. Before she was known for her insightful and candid books, Quindlen was a columnist for Newsweek and, prior to that, The New York Times. Her “Public & Private” column for The Times earned her a Pulitzer Prize for Commentary in 1992 and resulted in two collections of her most popular pieces entitled, Living Out Loud and Thinking Out Loud.

At Skidmore, Quindlen will speak with Joe Donahue of WAMC Northeast Public Radio as part of “Off the Shelf,” a collaborative live broadcast book series presented by Northshire Bookstore and WAMC. (If you haven’t already purchased a ticket then you’ll have to listen in, because this event is already sold out.) saratoga living spoke with Quindlen about what to expect at her talk and what keeps drawing her back to the Spa City.

Throughout your career, you’ve moved between fiction, nonfiction and journalism pretty seamlessly. Which gives you the most trouble, and which the most joy?
At this point, I still find fiction writing the most challenging, even though I am currently working on novel number ten. Each book is different, and each one makes me fear, at some point, that I’m not up to the task. I still love working from real life, but that’s my most reliable muscle. I’ve probably written close to 1000 columns during my career; if I don’t have that down, there’s something terribly wrong with me.

You were still a columnist at The New York Times when you began work on your first novel, Object Lessons. Did people think you were crazy going from journalism to fiction?
Samuel Johnson once said that a woman preaching is like a dog walking on its hind legs: It’s not that it’s done well, it’s that you’re surprised it’s done at all. That’s a pretty universal response to a reporter writing a novel. If you stick with it, there follows a certain hostility: Who does she think she is? Now, I meet readers who have no idea I was ever a reporter. Life is interesting. And long. And most satisfying, I think, when we try to listen to the inner voice and not that of the Samuel Johnsons. 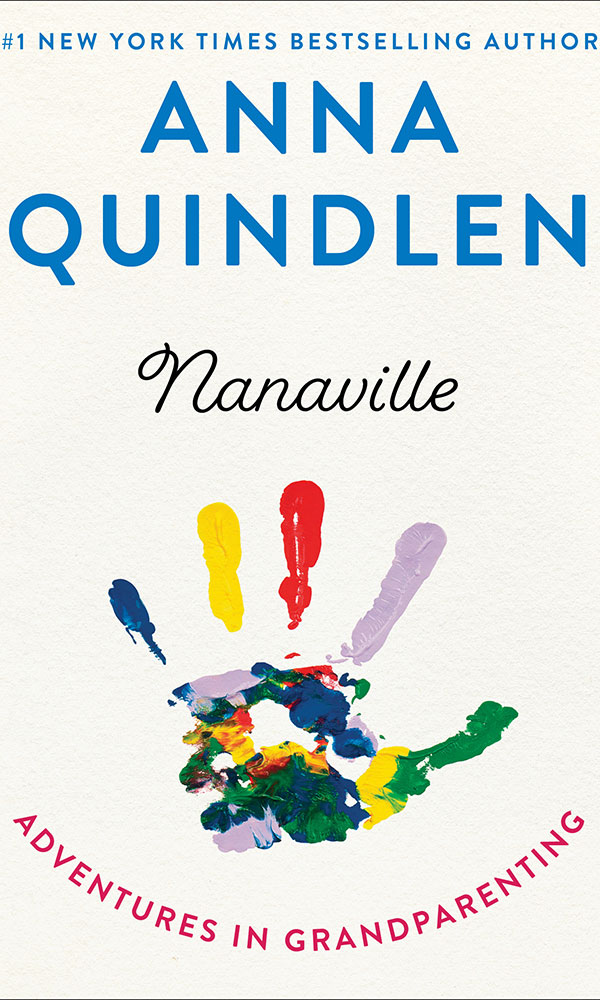 Other than perseverance, what’s the most important quality a writer can possess?
A very good eye for detail, which is one thing having grandchildren has given me: that opportunity to see again afresh as children do. Confidence and caffeine too. There’s always a naysaying voice in my head, telling me that I’m not any good, and I have to vanquish it every morning. Coffee helps.

You’ve been to Saratoga Springs a few times now. What keeps drawing you back here?
I’m a bit of a real estate junkie, with a strong predilection for the 19th century. So walking down Broadway and checking out those Victorian houses is just heaven for me. [I] love a turret or a widow’s walk, and Saratoga Springs rules on that front.

Have you ever spent time at Yaddo?
I’ve never been to Yaddo. I’m a writer who works best when she has a totally inviolate routine, and I find that at home.

What about Skidmore? Will this be your first time speaking there?
I did a Skidmore event several years ago. Wonderful school. Lots of my kids’ friends have gone there.

At Skidmore, you’ll be talking about your new book. Has it surprised you how much you’ve enjoyed being “the mayor of Nanaville”? What’s something you didn’t expect about grandparenthood?
I never thought much about being a grandmother, so it’s not so much that I was surprised as that I was insensible. I had no expectations, really, and for an eldest child and inveterate planner that was actually an unusual and quite wonderful feeling! But I suppose the thing that has most surprised me is what an exemplary father my son is. Sort of world-class—what a thrill!