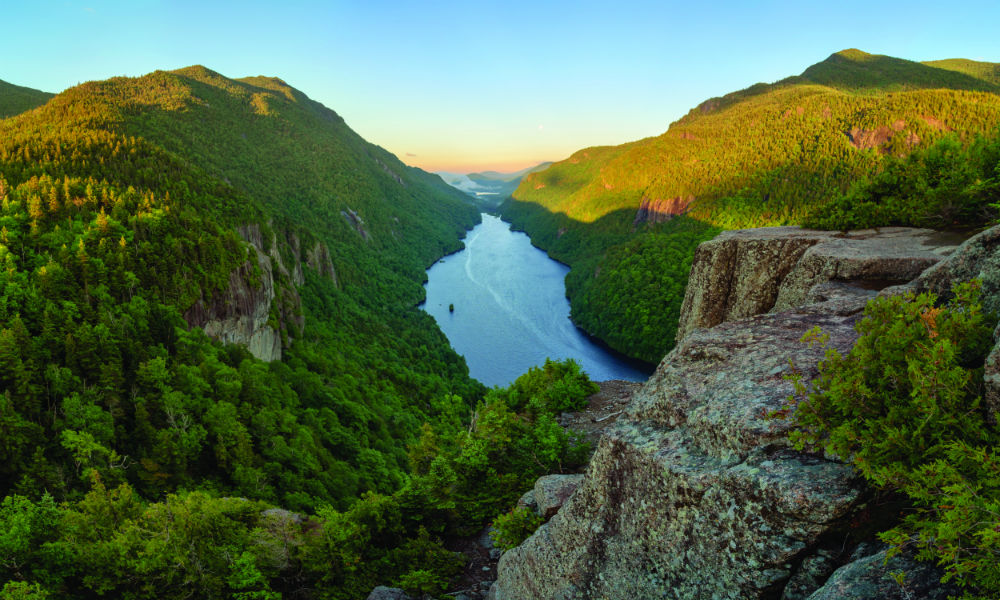 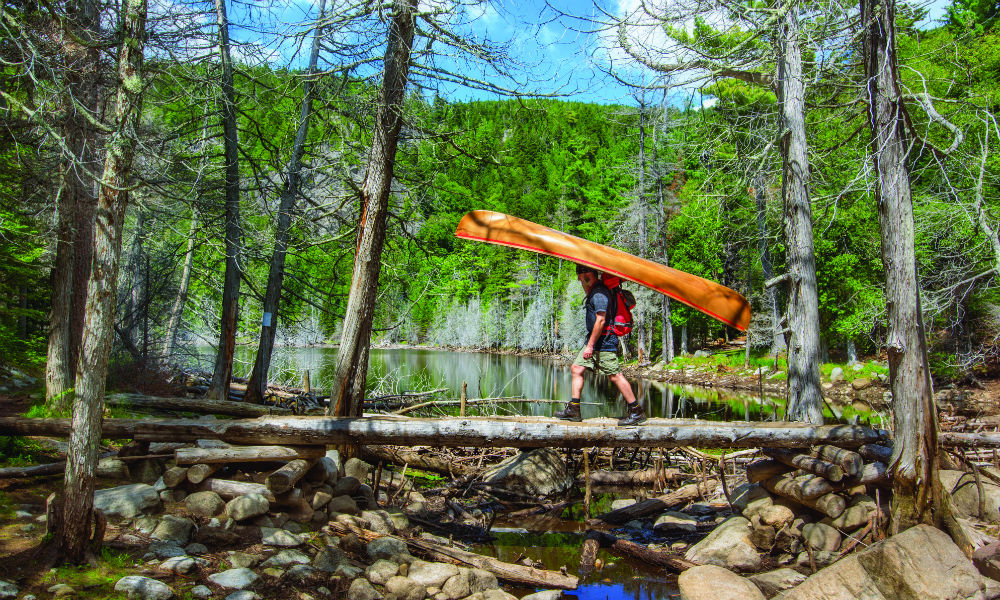 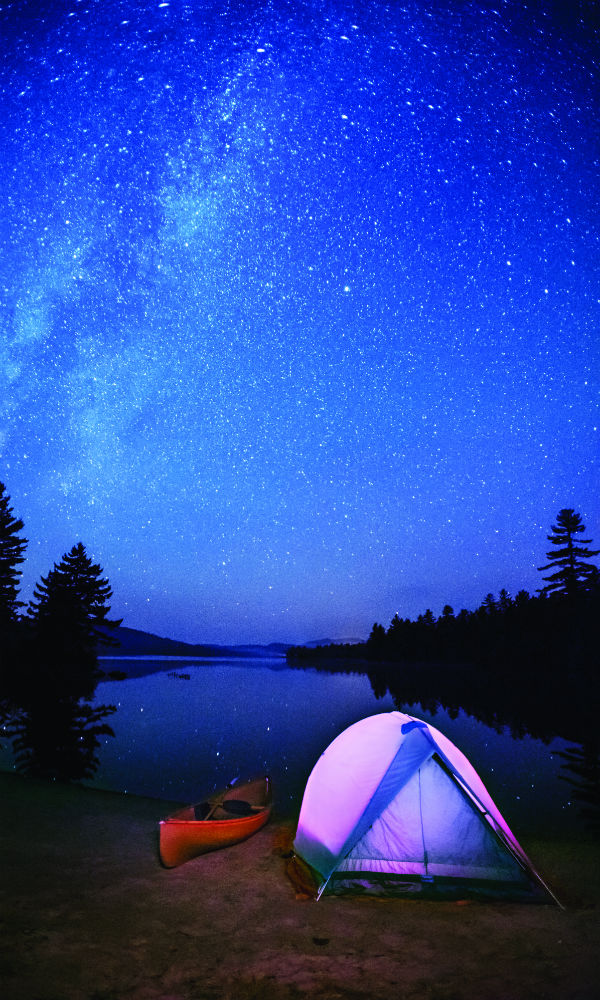 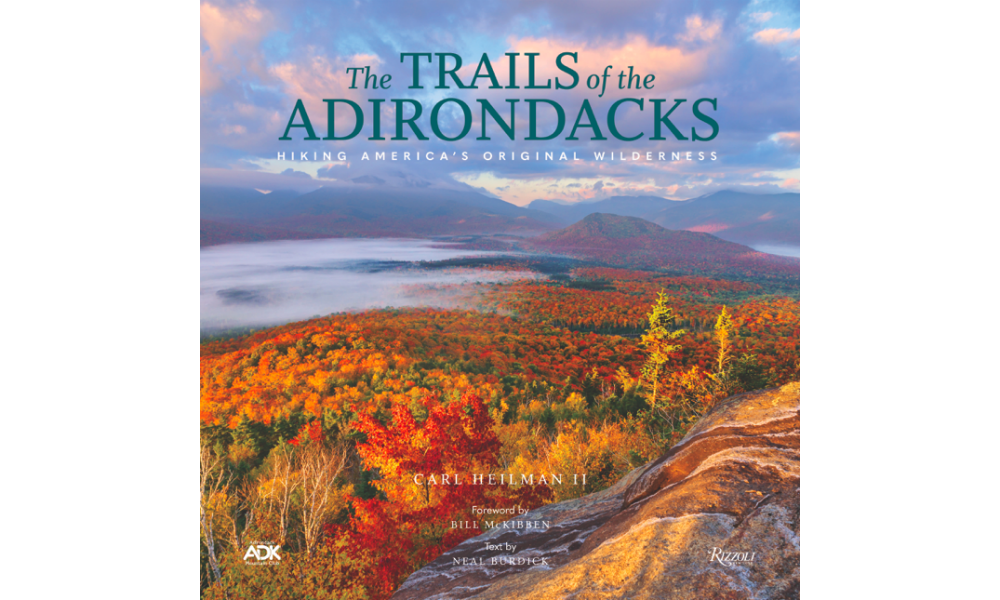 A paddler carries a canoe over the outlet of Giant Washbowl. (Carl Heilman II)

The cover of 'The Trails of the Adirondacks: Hiking America's Original Wilderness.'

When I was younger, I thought the Adirondack Mountains were mine. Maybe the fact that I felt like I was the only teenager traipsing around in the mud and snow and swarms of black flies in the remote Seward Range had something to do with my thinking. But even now that I’ve realized that, yes, other people enjoy hiking, and yes, they’ve experienced the same perilous weather in the mountains that I have, I still feel like I lay some claim to the Adirondacks. Perhaps what I’m trying to convey is what Brant Lake-based photographer Carl Heilman II says much more eloquently in the postscript of the book The Trails Of The Adirondacks: Hiking America’s Original Wilderness (recently published by Welcome Books, a Rizzoli imprint, in association with the Adirondack Mountain Club): “I have come to feel I am as much a part of these mountains as they are of me.”

In the book, Heilman’s stunning collection of more than 250 photographs of the Adirondack region—from the sandy shores of Lake George to the deep forests of Old Forge and the rocky summits of the High Peaks—are showcased alongside previously unpublished archival photos and text by Neal Burdick that investigates the vast network of trails in the park and celebrates just how unusual the 6.1 million acres we call the Adirondack Park is. “This storied, complex, magnetic, infuriating region is too big, too spread out, too schizophrenic, to be grasped in a few days, or through a few words and pictures,” Burdick writes. “The best one can do is explore with an open mind, humility, and a lot of patience.”

After reading every single word of this profound book, I’m left feeling two ways: like I belong in at least a few of Heilman’s photos—maybe popping a bottle of champagne atop Mount Marcy or looking for salamanders on the shores of Chapel Pond—and like I will never know the Adirondack wilderness in its entirety. “The Adirondacks are big,” Burdick writes. So big, I’d like to think, that there’s enough to go around: that every person who feels that the Adirondack Park is indivisible from his or her identity can have a piece all their own.

'Low-Fi' At 25: Celebrating The 25th Anniversary Of The Figgs' 'Low-Fi At Society High'