This can’t be the right way,” I say to myself as I turn onto a gravel road in Greenwich, NY. After driving a mile past fallow farmland, I spot a small, hand-painted sign hanging from a tree that reads “Owl Pen Books.” I park in the grass near the orderly Greek Revival-style residence at the front of the property and walk around the dry-stacked stone wall to the outbuildings in the rear. Established maple trees shade the well-maintained grounds, which are accentuated by blossoming flower beds and rocky outcroppings.

In 1960, Barbara Probst started selling used books here on her chicken farm. She named the operation Owl Pen Books after she bought an antique cast-iron owl and hung it outside her farm’s pigpen. Seven years later, Probst gave up raising fowl and expanded the bookshop into an approximately 3000-square-foot structure across the yard. Fast-forward 20 years, and its “new” owners are Edie Brown and Hank Howard, that latter of whom is a former Skidmore College biology professor.

The hinges of the screen door squeal as I step into the former chicken coop. Neatly organized bookshelves fill the low-ceilinged interior. The mismatched chairs invite customers to plop down with a book in the blaring silence. The work table in the center of the space doubles as a checkout counter. The signs are all handwritten, including one that reads, “Help Fight TV—Buy A Book.” Owl decor is displayed throughout. Even the outhouse, named Chalet de Nécessité, exudes homespun charm.

The shop has an estimated 100,000 secondhand volumes in its stacks, with a particularly robust collection of history, gardening and children’s books. Open from May through October, the Owl Pen has a devoted fan base among the region’s seasonal and year-round residents, some of whom have been customers since Probst’s tenure. Rebecca Bramer of Queensbury has visited the Owl Pen since she was a child and now brings her nine-year-old son there. “There’s no other place like it,” she tells me. “We come at least once or twice a summer.”

Technology has only expanded the bookstore’s clientele. “I have no complaints about the Internet,” Brown says, noting that online sales account for about three-quarters of the Owl Pen’s business. “It lets you buy things that we’d never sell in the store.” As Howard and Brown approach retirement, Brown’s hopeful that the shop will find a third owner, as it did when she and Howard stepped in. In the meantime, the sound of the screen door will continue to mark the arrivals and departures of delighted book lovers. Can’t wait ’til May! 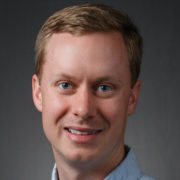