Growing up in Vermont, horses were the love of my early adolescence. I loved taking long rides down back roads alone or with my best friend—and the sense of emotional and physical communion whenever I rode one of these formidable, beautiful animals. Just being on a horse made me feel like I could handle anything; it forced me to be aware of the powerful, majestic creature beneath me. Although I seldom get to ride these days, every time I have the chance to saddle up, I do, and it makes me feel alive (if incredibly sore). Which is why I leaped at the chance to interview superstar (and former teenage phenom) polo player, Brandon Phillips.

Horses have been more than just a sidecar to Phillips’ successful sporting life. They helped him recover from a brutal boyhood battle with cancer, and that struggle inspired Phillips to become a champion for sick children, using his elite status in polo to raise hundreds of thousands of dollars for cancer research. “I’ve always looked at it that God was testing me,” says Phillips of his early bout with cancer. “Many thousands of people get tested and don’t make it. I was the lucky chosen one to get through it, so I have to try to help others.”

In 2014, Phillips, who’s based in Wellington, FL, the epicenter of polo in North America—and who was in Saratoga Springs as recently as last summer—founded Polo For A Purpose, a fundraiser for the Wellington-based Leukemia & Lymphoma Society (LLS), using his connections to bring on sponsors and top players for an exhibition game that has become a wildly successful charity event. Last year’s edition raised half a million dollars for LLS, a top privately funded researcher on blood cancers, which also provides services and education for patients and their families. “He was our entrée to the polo world,” says LLS Executive Director Pam Payne. “He’s unpretentious, kind, passionate and committed—a joy to work with. I don’t think he’s in it for ‘Look what I’m doing.’ He’s in it for all the right reasons.” She couldn’t have read his intentions better. Says Phillips of his charity work: “I don’t want a kid to go through what I went through.” He also mentors children with cancer and brings groups of them to polo matches at the luxurious International Polo Club Palm Beach. “It’s also bringing kids out to take their minds off it. Every kid loves a horse.”

Phillips certainly did. Now 40, he was raised just outside of Toronto, and was an avid athlete as a child, with a horse-loving family to boot—his father and brother were amateur polo players, two uncles were Olympic show-jumpers and his mother and sister were fox hunters. Then, when he was just 14, he was stricken with non-Hodgkin’s lymphoma, and doctors gave him six weeks to live. He spent months in the hospital enduring relentless, painful treatments, but his tough athletic spirit enabled him to beat the odds. “It was just what you had to do,” Phillips tells me. “I’m not going to die, so OK, I’m going to have to go through hell. I’ve always looked at things, especially since then, as, you get through it and you go on.”

When he recovered, Phillips was too weak to play ice hockey, which had been his favorite sport. He turned to polo, where horses provided nonjudgmental companionship and compensated for his now-skinnier frame. At 16, a family friend took him to see the US Open Polo Championship in New York on White Birch Farm, the estate of celebrity Publisher, Producer and White Birch Team Owner, Peter M. Brant. Incredibly, the following year, Phillips launched his career at the top of the sport, playing in the US Open with White Birch and some of the world’s best players. “It was like I went from throwing a baseball in my backyard to playing for the Yankees in the World Series,” Phillips says. “I got very lucky. And I didn’t know enough to be intimidated.”

These days, Phillips is unquestionably a top-tier player in the sport. “He’s a wonderful teammate, a very good horseman and he’s very, very quick,” says Frederic Roy, Editor and Publisher of The Morning Line, a top polo publication. “He has a classic style.” Although Phillips has become something of a polo world celebrity and hunk, favored by area society columns, he’s kept his down-to-earth attitude intact. He’s got a country drawl, drives a pickup truck, wears jeans and dons a baseball cap. He plays for and manages Annabelle Gundlach’s Postage Stamp Farm team, and his personality was part of the draw for his patron, whom he mentored to become one of polo’s rare female players. “It was his character and honesty and integrity and who he is as a person,” says Gundlach. “He was always there and doing the right thing. For some people, it’s all about the money. It’s not like that with him.”

Now, as Phillips turns the corner into middle age, he knows that an accident in an arena thundering with horses could end his career—or worse. But the drive that enabled him to beat cancer keeps him devoted to the game that’s brought so much excitement and fulfillment to his life. When I ask how long he’ll keep playing polo, he doesn’t hesitate: “’Til my body breaks in half. I don’t see myself doing anything else.” As a lifelong lover of horses (and now, polo), I’m glad that he’s made up his mind. 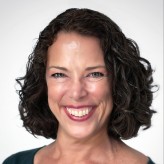 Jordan Levin is a Miami-based freelance writer and journalist, who was a longtime arts critic for The Miami Herald. She's now a contributing writer at saratoga living.

The Buzz In Saratoga: Expert Beekeeper Jen Dunn Is Helping Save The Bees, One Honeycomb At A Time