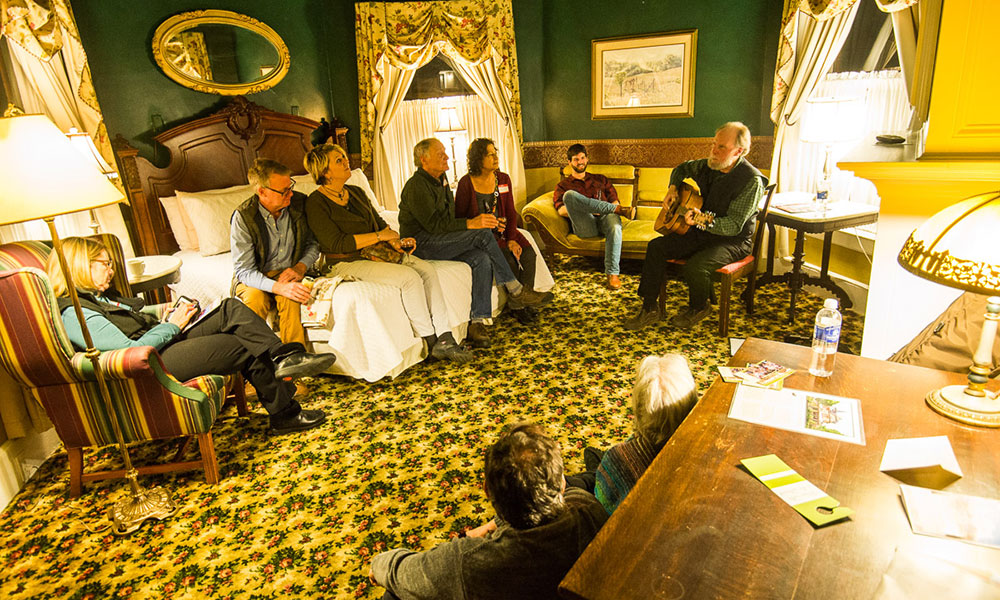 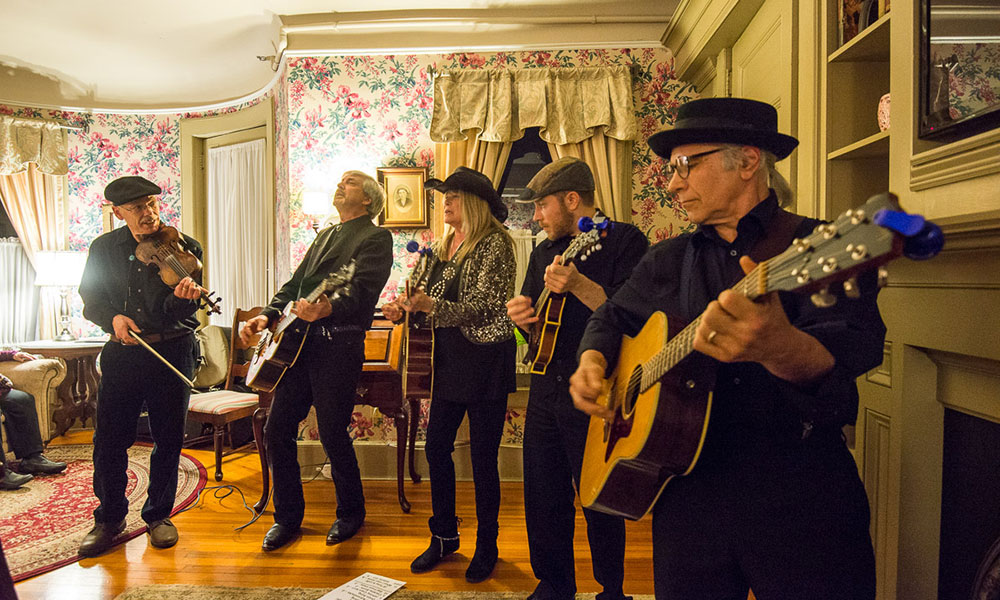 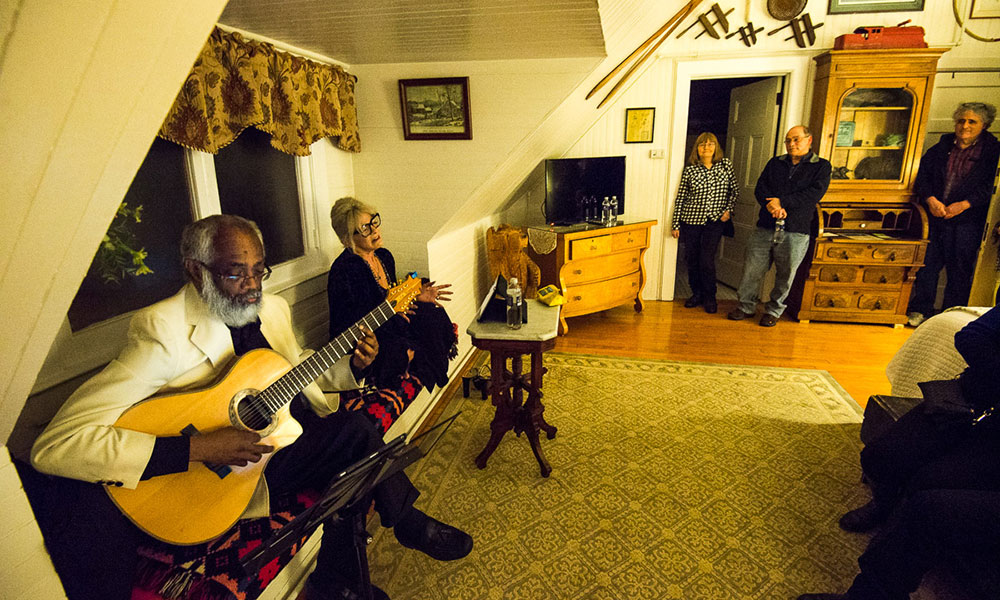 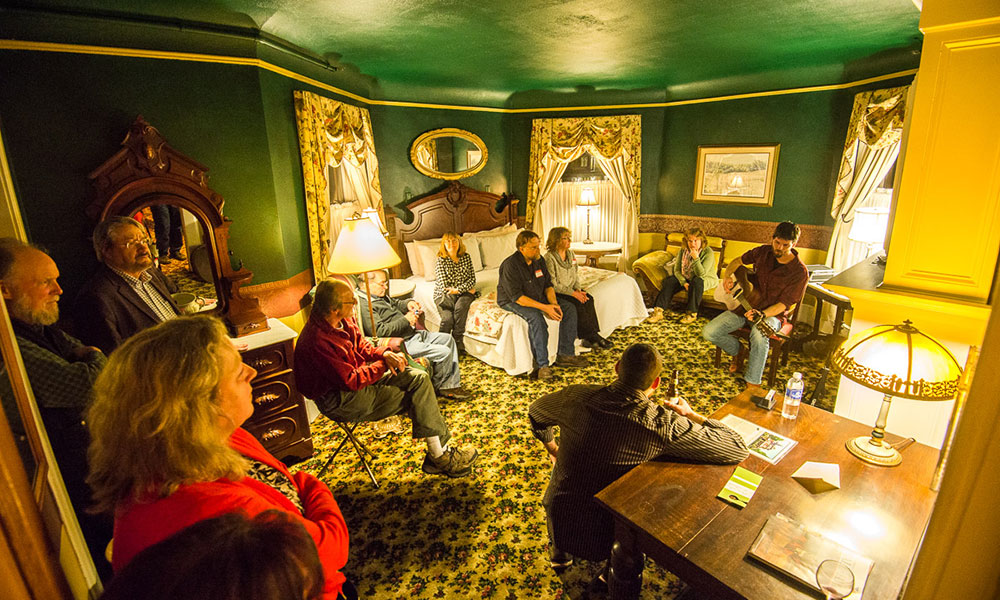 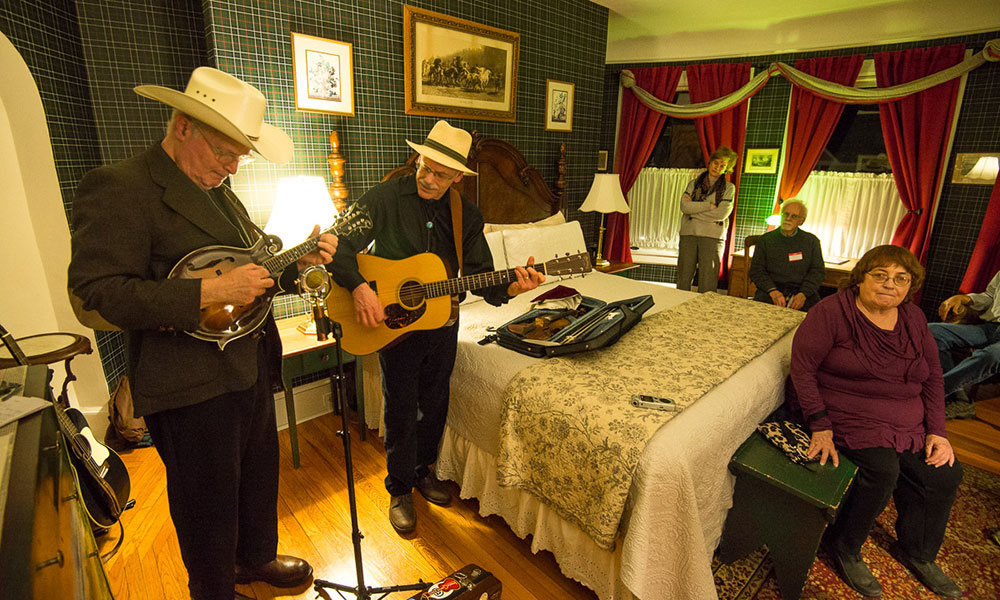 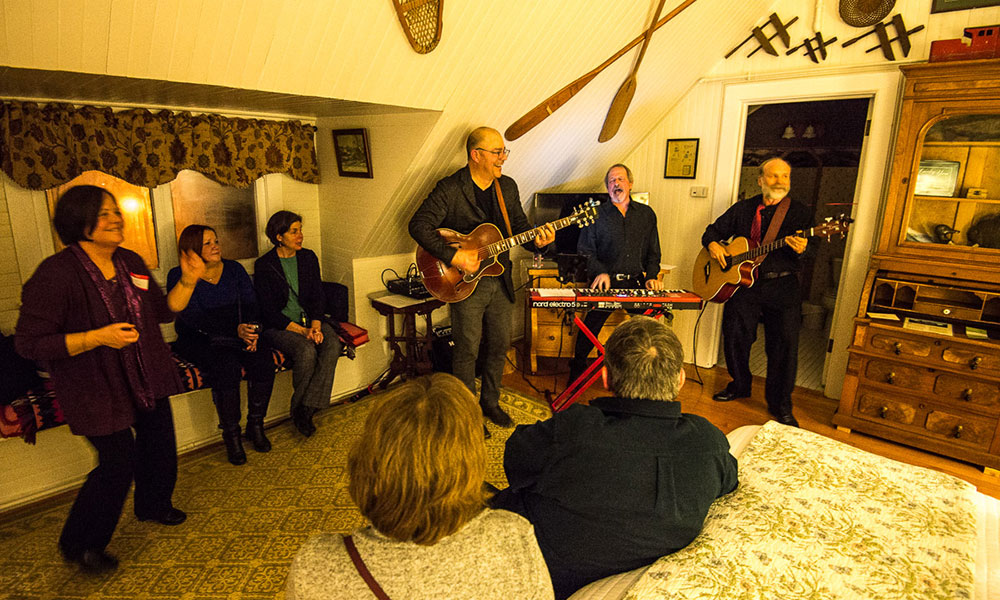 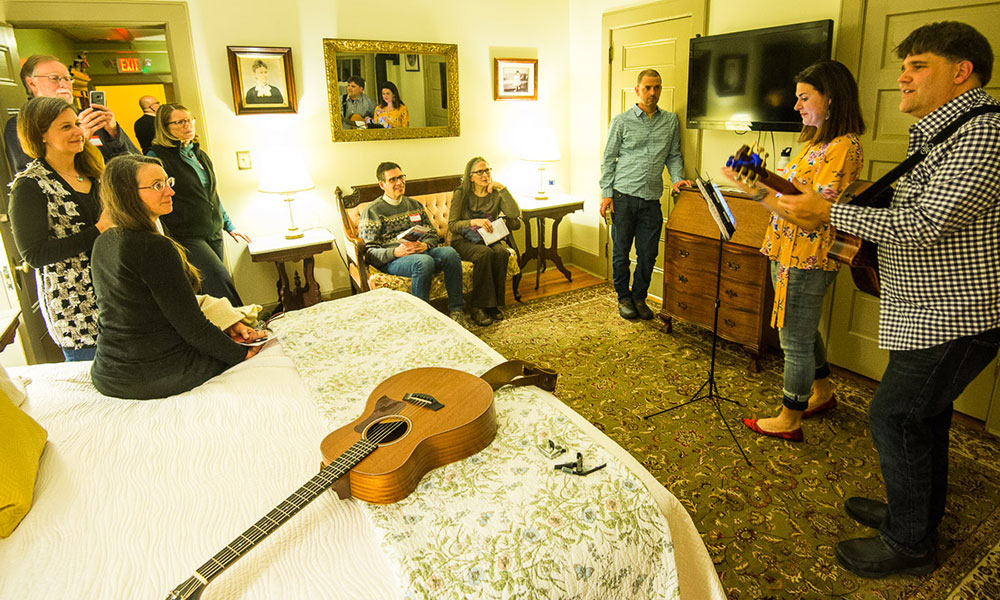 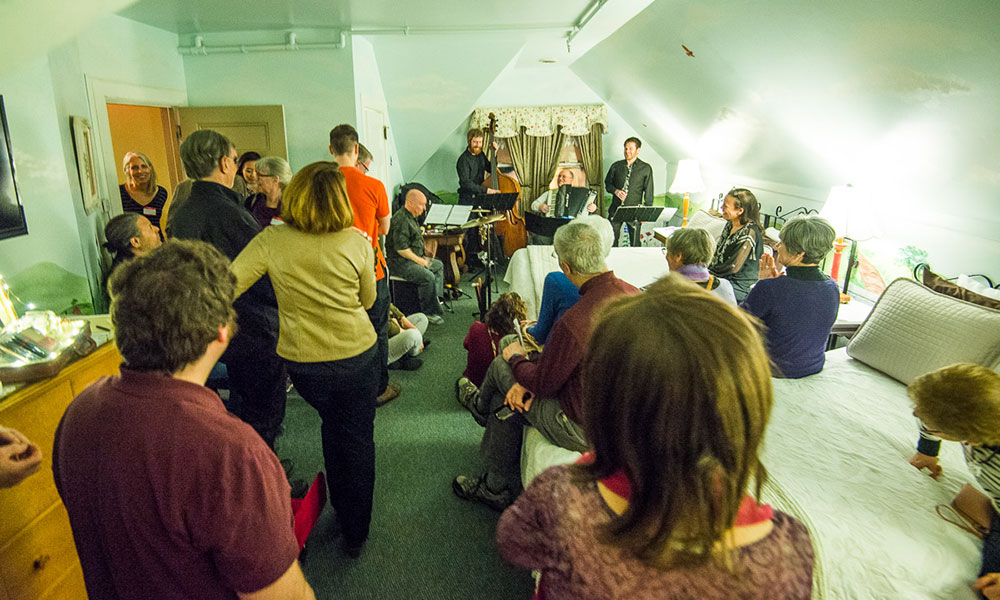 The Union Gables Inn hosted the second iteration of Caffè Lena’s now annual, one-of-a-kind InnVasion fundraiser last weekend. Over 100 guests packed into the Victorian Mansion for a night of live folk music performed by songwriters and bands tucked into two floors’ worth of boutique bedrooms. “It was a big, complex event to put together and it went perfectly,” says Sarah Craig, Executive Director of Caffè Lena. “Everyone was ready to dive in and explore the mansion and the music.”

And people had plenty of things to explore—no fewer than 18 musical acts populated the Inn, strumming up folk along with a hodgepodge of other genres including jazz, folk, bluegrass, pop and contemporary classical music. “The only negative I heard all night was that people wanted it to go longer so they could spend more time listening to each band,” says Craig. “They were blown away by the level of talent and loved the intimacy of having no amplification. Truly, it was a very fun party!”

The musicians traveled from the Capital District, the Adirondacks, Vermont and Connecticut to support Caffè Lena’s free and low-cost community programming. The famous and historic venue doesn’t limit itself to musical acts; it also hosts poetry and storytelling nights; family-friendly events; and community conversations. Together with Union Gables, the team of musicians behind InnVasion managed to raise over $15,000.

Saratoga Springs' Newest Brewery To Open Its Doors On March 16

High Rock Spring: How The Spa City Got Its Name