“Do you believe in miracles? Yes!” On February 22, 1980 in Lake Placid, NY, sportscaster Al Michaels—along with the rest of the world—was witnessing, perhaps, the closest thing to divine providence when he uttered those now-famous words. But I can only imagine that the unlikely band of baby-faced college boys that took down the Soviet hockey machine that fateful night might scoff at the notion that it had to do with anything other than their own Herculean will and determination. This month marks the 40th anniversary of “The Miracle On Ice,” and saratoga living tracked down 6 locals—including the head coaches of Union College, RPI and Skidmore College’s men’s hockey teams—to share their memories about that miraculous night.

“I was a junior at Union College. We had decided that morning to blow off school to go watch Phil Mahre ski for the US [in Lake Placid]. I remember being such a typical college kid, totally unprepared for cold weather, but having the greatest time. So, we decided to stick around, not necessarily for the [US hockey] game, but for the festivities. Frankly, I wasn’t even really a hockey fan. So, we bellied up to a bar, and you could hear the radio broadcast playing in the background, but no one was really paying attention. But as the game went on, I think everyone started keeping a closer ear pinned to it, and sure enough, as the clock started winding down, the streets started filling up and buzzing. The next thing you know, the streets were just mobbed and people were hugging and dancing. There was just this phenomenal sense of pride. It was the first time I ever heard the ‘U-S-A! U-S-A!’ chant. Even foreigners were joining in. I’d say that I wasn’t really aware of hockey at the time, but that certainly put it on the map for me!” –Dan Thompson

“For me, a complete non-hockey fan, I realize now how huge it was. [It’s amazing] to think that hockey was never something I followed or even paid attention to, yet I can bring myself back to the feelings and emotions that everyone seemed to share. ‘Holy shit, we did it.’ And what’s remarkable, I think, is that you didn’t even really need to know all that much backstory. You just knew that a group of our college boys stood up, with their own narrative, and took down a seemingly unstoppable powerhouse. I mean…it doesn’t get any more American than that, does it?” –Joe Moore

“I was offered tickets to any game I wanted because I had family working for the phone company during the Olympics. I actually passed on going to the game against the Russians because I just figured [the US was] gonna get clobbered like they did that time before the Games. So, I was actually home, in Troy, for the Miracle On Ice, but you can imagine my excitement when they won, and I realized that I was going to see the US in the gold medal game. The game was packed and filled with a lot of anticipation and a lot of energy. The next thing you knew, [Goalie Jim] Craig was wrapping himself in the flag and the whole arena just exploded. Then it poured out into the streets, and there were just people everywhere saying, ‘Do you believe it?…Do you believe it?’” –Bill Usas

“I remember playing street hockey at the time of the actual game because I couldn’t see it live due to tape delay—but coming in later to watch. For me, at the age of 13 and someone who already loved hockey, I’d say it definitely enhanced my love for it. I got to meet Head Coach Herb Brooks and a few of the players years down the road and will never forget how impressed I was by how humble they were. To me, it’s the No.1 sports moment in all of recorded history. It’s your consummate David vs. Goliath match, but I don’t think the magnitude around it can, or will, be matched again.”
–Eric John “Rick” Bennett, Head Coach, Union College Men’s Hockey

“I think its impression on me may be slightly different, being Canadian. As a coach, though, I think it’s one of those monumental moments, looking back, that make you want to coach. It captured the attention of everyone. We watch it every year on the bus.” –Dave Smith, Head Coach, RPI Men’s Hockey

“Though it took place a few years before I was born, the ‘Miracle’ game has transcended the sport and become much more than a singular game in the 1980 Olympics in Lake Placid. It helped add elements of patriotism, pride and most importantly, everlasting optimism to the spirit of the game. The meaning and feeling from that game has been passed along generations and has certainly impacted the growth of the game at all levels.” –Robert Hutchison, Head Coach, Skidmore College Men’s Hockey 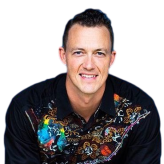