I grew up going to apple orchards. It’s just what you do in the fall, right? So I was really caught off guard when, while driving from Saratoga Springs up to Burlington, VT, a co-worker, who’d recently moved to the area (and whose anonymity I will preserve), asked me if there were “a lot of apple farms up here.”

Growing up in Upstate New York, you just know that apples grow in orchards, pumpkins in patches and corn in fields. Apple farms aren’t a thing. Here, farms are all about the bigger picture: They’re where a variety of crops are grown; horses, cows and pigs are raised; and you can find an assortment of fall classics, including apples, cider, apple cider doughnuts, pumpkins and pumpkin pies—and a slew of traditional fall experiences, such as corn mazes, hayrides and petting zoos.

So button up your flannel shirts, Capital Region: We’re going to the farm.

Apples come first at Saratoga Apple, (well, second, if you’re talking about the name of the business), which is located just 20 minutes outside of Downtown Saratoga in Schuylerville. The orchard and farm stand—which have been family owned and operated for 5 generations—have nearly 30 apple varieties available for picking over the course of the fall, in addition to apple-centric baked goods (see: cider doughnuts), other fruits and vegetables, and Halloween-ready pumpkins, all available in its store. And then there’s Saratoga Apple’s cider. In the back of the farm store is a tasting room, which features 12 taps—6 New York hard ciders along with 6 New York beers. There’s indoor and outdoor seating, and you can get a flight of four beers or ciders if you can’t decide on just one. Plus, Saratoga Apple has two types of its own hard cider for sale in 750ml bottles—a slightly sparkling, semi-sweet version, and an old-school, no-added-sweetness one. Decisions, decisions…

At the ripe age (see what I did there?) of 103, Indian Ladder Farms is a picker’s paradise. With an apple orchard, market and gift shop—as well as a cidery and brewery (with great food and small plates), baby animal barn and nature trail—the Altamont farm is a great place to bring the kids, a date or just go stag.

I grew up in Charlton, so Ellms was my neighborhood family farm. What this fall staple lacks in apples, it makes up for in, well, everything else. Think pumpkins, farm animals, cider, hayrides, a killer corn maze and bushels of kids’ activities. Plus, when the temperatures fall, you can return there to grab your Christmas tree!

As with Saratoga Apple, just one look at the name of “Bowman Orchards” tells you exactly what you need to know (unless you’re my colleague): Apples are in high supply, but so are berries, pumpkins and peaches. There’s also a kids’ play area with a place to feed and pet animals on the Rexford farm. 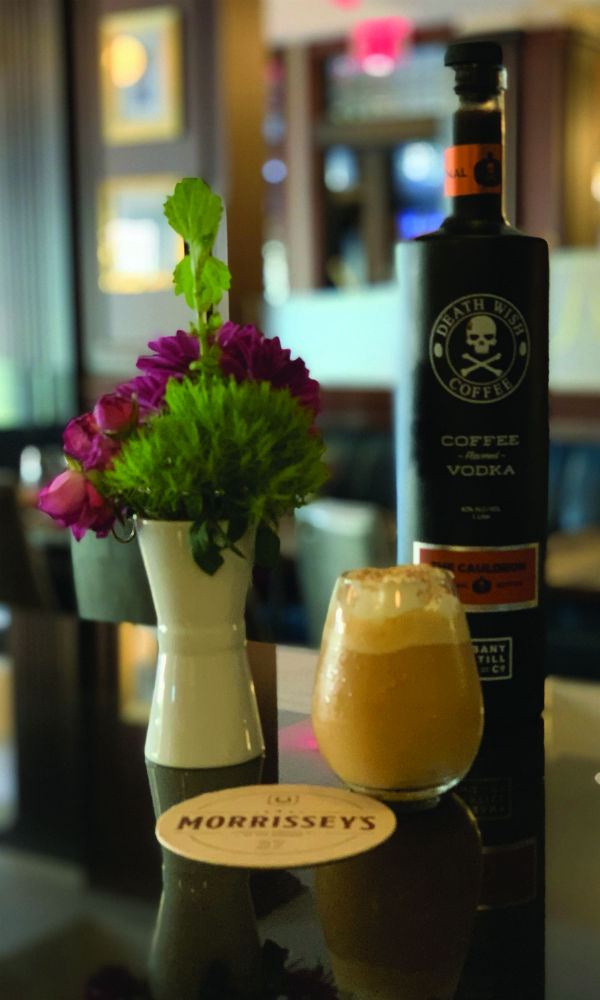 Coffee, only better. What would fall be without a little pumpkin spice? It’d be a crime, that’s what—and thankfully, the coffee-slingers of Saratoga Springs have jumped on the pumpkin spice bandwagon. From the classic PSL (Pumpkin Spice Latte) to other gourd-geous creations, here’s where to get your pumpkin spice fix in the Spa City this autumn.

PLUS…The Adelphi Hotel has its own special Pumpkin Spice Espresso Martini on its fall menu. Make your own with the recipe below.