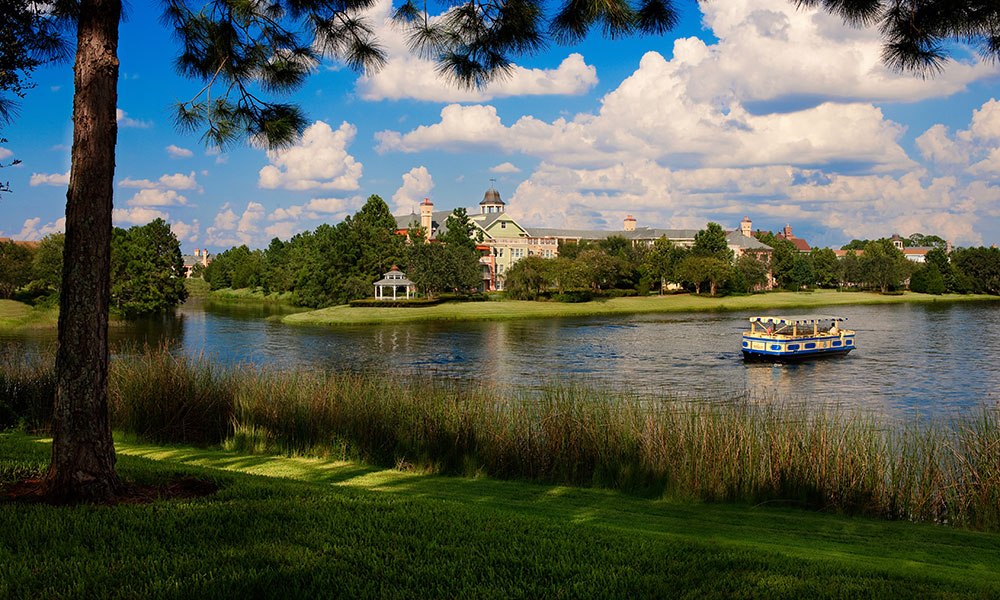 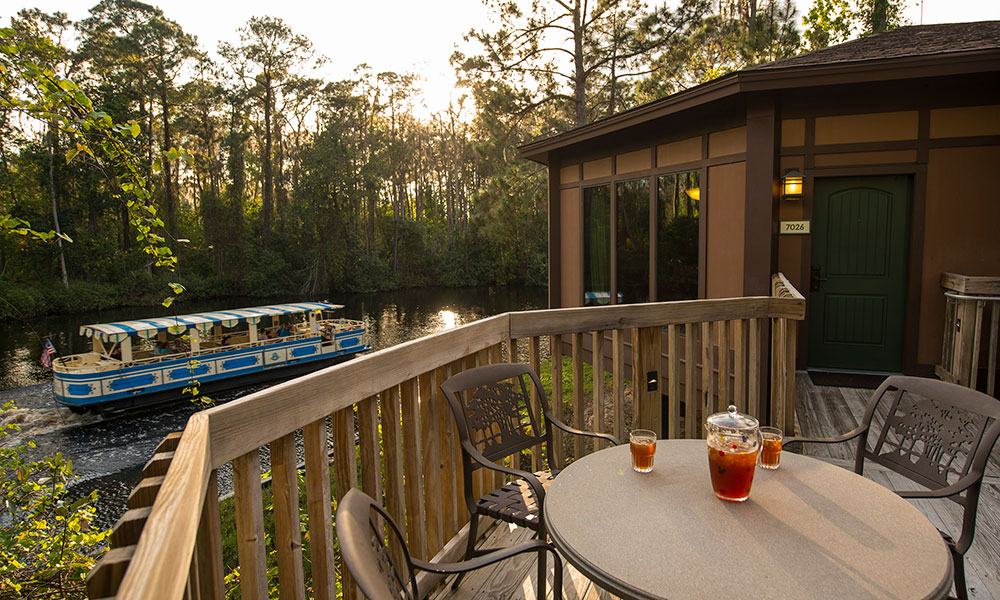 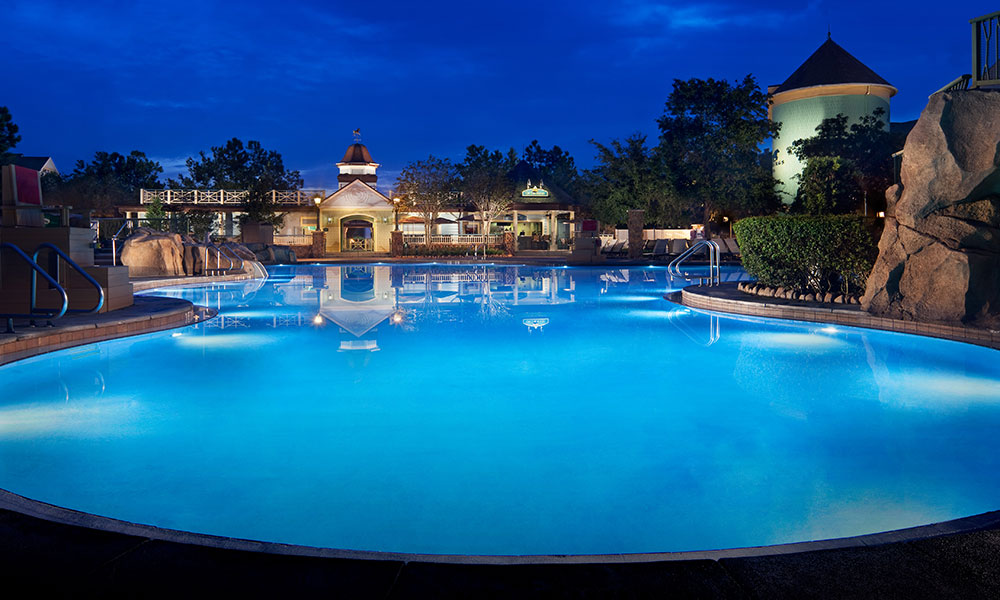 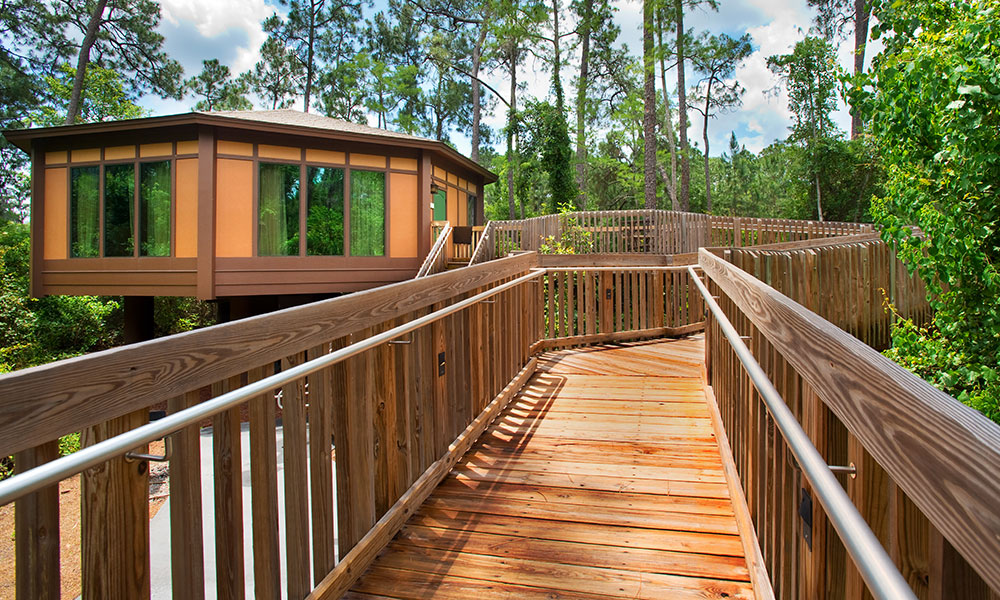 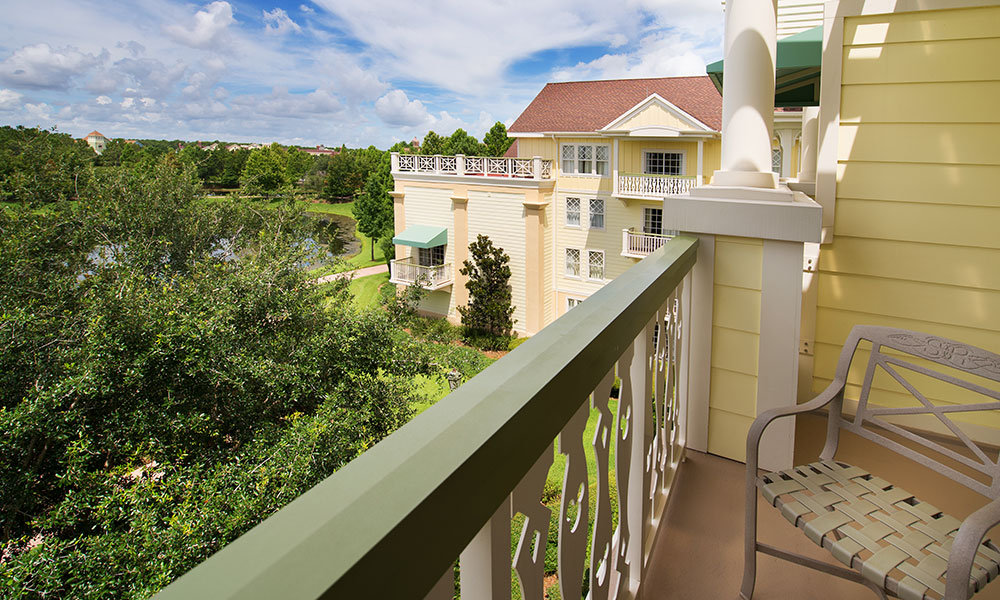 Disney's version of Saratoga Springs is surrounded by water. (Disney)

This could be your Saratoga patio for $341 a night at Disney World. (Disney)

Disney's version of "High Rock Spring" in its Saratoga Resort and Spa. (Disney)

One of the treehouse villas at the Saratoga resort. (Disney)

Saratoga Springs is currently under a deep winter freeze, but there’s another one that exists in near-perpetual sunshine and warmth—in Orlando, FL, of all places. “Indulge in an upscale retreat replete with Victorian charm and an equestrian motif inspired by the Upstate New York town once famous for its horse racing and natural mineral springs,” reads the promotional material for Disney’s Saratoga Springs Resort & Spa in Orlando. (“Once famous.” Really, Disney? Really?)

Doesn’t it seem a bit odd that a town with less than 30,000 residents has its own representative next to the Magic Kingdom, Hollywood Studios and a soon-to-open Star Wars-themed park? Not so much, according to a representative of the park itself. “One of the key Imagineers working on the project was from Saratoga Springs, NY, and provided many of the details seen in our designs,” says Gabriel Gibaldi of Walt Disney World Resort. “The team was inspired by Saratoga Springs’ architecture and its focus on health, history and horses.” Certainly, one can see that the team behind the second Saratoga took a few liberties: Their “High Rock Spring,” for example, is a large swimming pool surrounded by faux boulders, with mechanized “babbling brooks” that “offer the look and feel of a natural spring.” Did we mention its pair of kid-friendly waterslides? (Just imagine the upgrade—and traffic snarl—that might provide High Rock Avenue.)

While our Saratoga’s been up and running since the 1800s, Disney’s was unveiled just 14 years ago and was modeled after the version of our city from its “late 1800s heyday,” complete with Downtown attractions like the Grand Union and Adelphi hotels. And while Saratoga was certainly a destination town back then, with its racetrack and casino, the late 1800s weren’t all that “Disney” of a time for Saratoga. Read All the Law in the World Won’t Stop Them—a history of crime in Saratoga Springs written by Saratoga Springs Police Chief Greg Veitch—and it turns out that during this supposed “heyday,” there was a rather seedier side to the town. The Police Commissioners’ Scandal of 1897 comes to mind, in which a pair of city officials were found guilty of exhorting protection money from gambling houses and local brothels. Clearly, these were not subjects Disney’s Imagineers took into consideration when building their version.

What of the majestic North Broadway, lined with hulking Victorians? “The architecture of the buildings drew inspiration from the sprawling New York country retreats,” says Disney’s Garibaldi of their version. “True to its namesake, the resort features Victorian-inspired accommodations interwoven with the historic influence of horse racing. Guests can delight in stately studios and multi-bedroom villas.” So, basically, Disney’s Saratoga is a bit of an amalgam of all of our highlights, rather than a close reading of our neighborhoods and such. Inexplicably, the resort also offers “treehouse living,” which it acknowledges is more of a Disney tradition than a Saratoga cultural staple—though some local kids might beg to differ.

All inconsistencies aside, it’s a major compliment that Disney World decided to imitate Saratoga Springs. But with rooms starting at $341 per night—which includes access to a golf course, spa, waterpark and those treehouse villas—staying in Saratoga’s Sunshine State stunt double doesn’t come cheap.

Binge On Broadway: 'Hamilton' Coming To Proctors Theatre In 2019