For as long as I can remember, I’ve always had the dream of publishing a big-time book. I’ve been around enough writers of every sort to know that this is a common dream among us. At 31, I’ve had some victories in publishing my short fiction and nonfiction, but the dream novel in my head still remains just a dream.

New York City-based author Lauren Wilkinson, however, is one who recently got to cross that off her bucket list. Her debut novel, American Spy, a work of historical fiction, which had it’s official release just yesterday (February 12), is already receiving comparisons to top spy novelists such as John le Carré and Ian Fleming and rave reviews, including a recent writeup in Time magazine. American Spy tells the story of a young black woman, Marie Mitchell, who is working as an intelligence officer at the Federal Bureau of Investigation during the waning years of the Cold War. Sensing her career in law enforcement is being stymied because of this, Mitchell joins a dangerous, secret task force with the mission to overthrow Thomas Sankara, the charismatic, communist president of Burkina Faso (a real person). However, once Mitchell gets close to Sankara, she finds that she actually admires—no, loves—the revolutionary.

Wilkinson grew up in New York City, where she earned her Master of Fine Arts in fiction and literary translation from Columbia University, where she’s also taught writing. Her fiction and essays have appeared in some esteemed literary publications such as Granta, The Believer and The Millions.

For readers in the Capital Region who are curious about Wilkinson’s debut novel—or already count themselves among her growing fan base and would like to get a signed copy—the author will be co-leading a special presentation and talk, “Writing Love on Valentine’s Day,” on February 14, at the University at Albany’s Campus Center. Alongside fellow novelist Christopher Castellani, who will be discussing his latest novel, Leading Men (2019), Wilkinson will discuss her writing process and how she crafted some of the romantic passages between her fictional protagonist and the real-life Sankara. Her talk will be split into two sessions—one from 4:15-5:15pm (on the writing craft), the other from 7:30-9pm (on writing about love). saratoga living got to speak with Wilkinson before the talk tomorrow and pick her brain about turning a dream into a debut.

Have you been to the Capital Region before?
I’ve been up to Saratoga Springs a few times. It’s so beautiful. In the summer, I went to see some horse racing, my first and only time, really. Also, I walked along Downtown Saratoga and found Uncommon Grounds, and I loved it there. 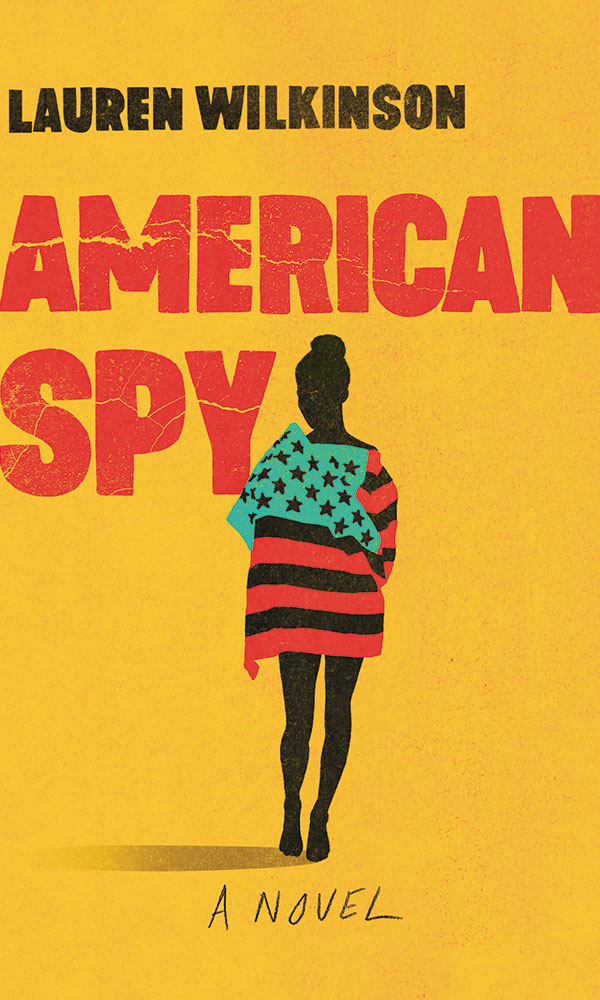 I’m fascinated by the premise of your book. Talk about what made you want to write a spy thriller set in Burkina Faso?
It started in a [creative writing] workshop in my MFA program at Columbia. It was a prompt to write a suburban story that was different from what we had been reading, which was a lot of [John] Updike and [John] Cheever. And this book started with an image of this woman, who by all appearances, is a typical, suburban housewife, but there’s an assassination attempt on her, and it gets revealed that she had this secret life as a spy in Burkina Faso.

But your talk at UAlbany is about “Writing Love,” so there must be some romance in there as well.
I didn’t know until recently that the talk is about writing on love. [Laughs] But there’s a big romantic element to [my novel] as well. The main character is approached by the CIA, and she’s asked to undermine Thomas Sankara, the real-life Marxist President of Burkina Faso. It’s kind of a shadowy assignment that involves getting close with Sankara, and she finds that she likes him. [Laughs] And it’s a little tougher than she anticipated to carry out the mission. The real-life Sankara was very charismatic and handsome. He rode around the capital city on a motorcycle; he changed and revitalized the country and was only in his 30s.

Your main character, Marie, is a woman of color in the FBI, a world dominated by white men. You as well, are an African-American woman writing in a genre dominated by white male authors. Did you ever think your debut novel would be a spy thriller?
Oh no, it shocked the hell out of me! [Laughs] The spy thing kind of felt like it started as a racial metaphor. I felt like double-consciousness—having to pass or pretend—was what being a spy was about for her. But then I was like, “Oh no, I got to sexy this up!” [Laughs] And I decided I was literally going to make her a spy if I was going to do this, and have “spy” in the title. So I did a lot of catch up, read a lot of the masters of the genre.

So you decided to write a spy thriller even though you weren’t familiar with the genre?
I did. I think I’d read one or two spy novels, but over the course of catching up, I really came to love John le Carré. I really, really love [his novel] The Spy Who Came in from the Cold. It’s not just one of my favorite spy novels but one of my favorite books. There’s a lot that’s done in the genre that I think is very interesting.

Your novel’s also written in a nontraditional format: It’s one long letter to the protagonist’s two sons.
It’s kind of one long confession to them. And I made that choice, because she’s a spy. If you’re a spy, you have to have a life that is based on secrets. You can’t just reveal yourself to everybody. Originally, in the first draft of this novel, she was really distant from me and from the reader, and so I ended up having her write this letter to her sons because, realistically, they’re the only two people that she’s ever going to tell the whole story to, because she feels they deserve to know everything.

Has it been a dream come true having a debut novel come out?
I wanted to be a writer since I was a little kid. It has been a really positive experience so far. It’s not exactly what I was expecting. It’s a little bit overwhelming, if I let myself think about everything involved in the release of my novel. I’ve just been [taking it] one day at a time. And it’s good for me to be busy, because it means that people are interested. It would be much harder if I’d worked for six years on this book and no one was interested. I haven’t had time to write fiction in a while, but I’m looking forward to getting a moment to do that again.

It sounds like you’re already working on a second book.
Yeah, I’m working on something now. It’s set in 1940s New York, and it’s about a confident woman trying to pull off a long con with her sister, who’s a charismatic actress. There are a lot more characters in this one. I’ll see how it goes. I’m not sure if it’s working yet, but you never know.

Wine Wednesdays With William: All About The Yeasts That Make You Love Sauvignon Blanc

The Calendar: Everything To Do In Saratoga This Weekend