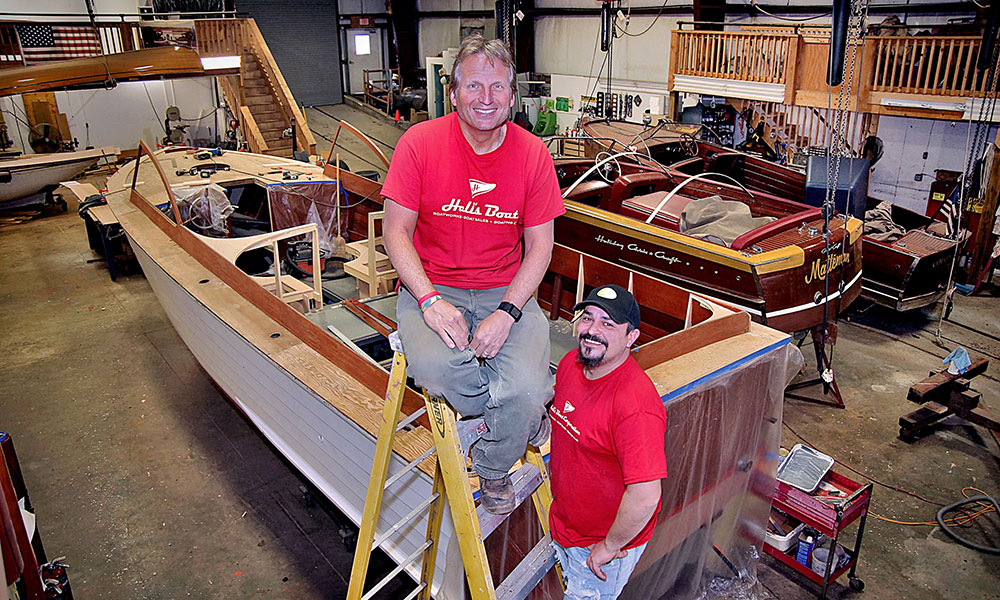 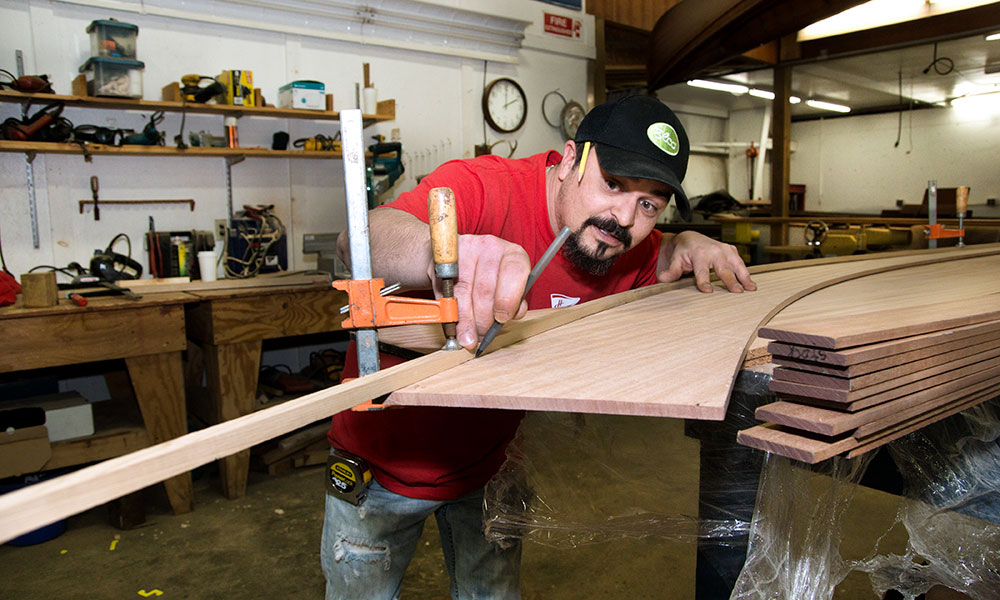 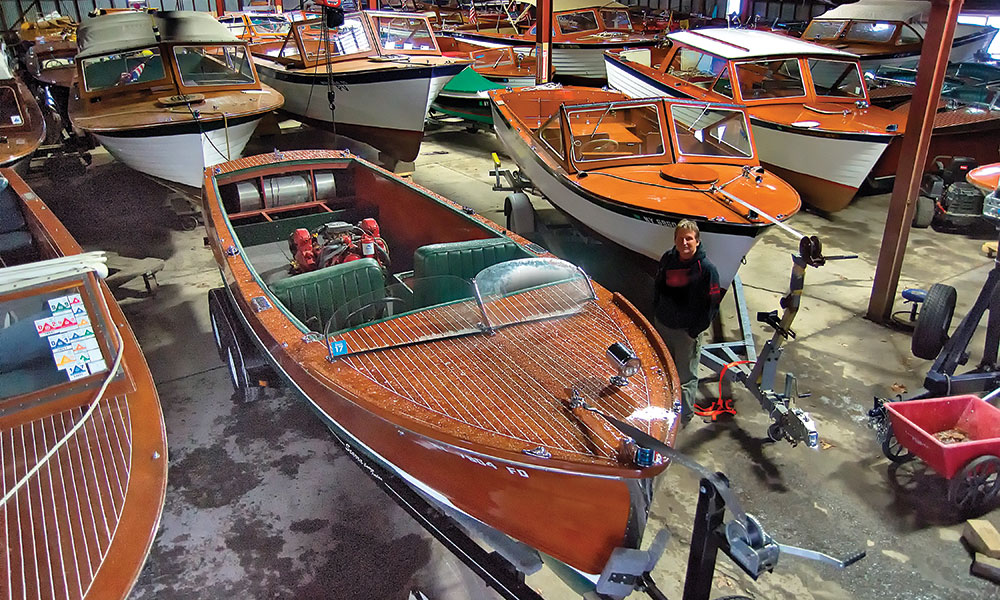 Growing up on the California coast, I was around boats for most of my life. I volunteered for four years in the Coast Guard, where I dealt with merchant, pleasure and fishing vessels in US waters and the Far East. Eventually, I wound up living on wooden boats near Sausalito in San Francisco Bay while attending art school. In other words, I knew the territory well before driving to Hall’s Boat in Lake George. But turning into the business’ driveway, I couldn’t help but feel as though I’d entered a different world. The large warehouse and workshop spaces, docks and classic Lake George cottages made it feel like a miniature lakeside village.

Hall’s is its own little universe. The company is the go-to spot for classic wooden boat designs and is a Shangri-la for vacationing boaters. Hibbard Hall launched the business in 1928, and it has weathered everything from the Great Depression to fires. When wooden boat aficionado Steve Lamando purchased the property in ’06, it had fallen into disrepair. But after renovating it and bringing in his brother, Nick, to oversee operations, he successfully revived Hall’s Boat.

Today, Hall’s does a brisk business, and when I meet Nick and his Chief Shipwright, Thor Gautreau—the son of a boat builder and self-described “marine rat”—in the large boat-repair building on the water, they’re hard at work on their craft. We stand around a worktable where large pieces of South American hardwood and African Sapele wood are being prepped for decking on one of the antique boats. “Wooden boats are a small percentage of the ones that are on the water,” says Nick. “But when you see a wooden boat, it really stands out. The beauty of the classic lines and the sense of authentic craftsmanship raise these boats to the level of artwork. That is how we treat them here.”

So, what does the immediate and long-term future look like for wooden boat-making and repair in and around Lake George? Are there many young people even taking up the trade? “I’m always open to speaking to anyone who might like to learn the art—and it is an art—of wooden boats as an apprentice,” Nick says. “It’s an incredibly important craft that should not be lost in an era of fiberglass.”

Lawrence White has been a professional photographer for more than four decades. In that period of time, his work has been published in Time magazine, Rolling Stone, Vogue and The New York Times, among others. He also won an American Film Institute award in 1994 and a New York Press Association award for his images of the 9/11 terrorist attacks in NYC.

Smart Home: A Buyer's Guide For Your Futuristic Saratoga Palace