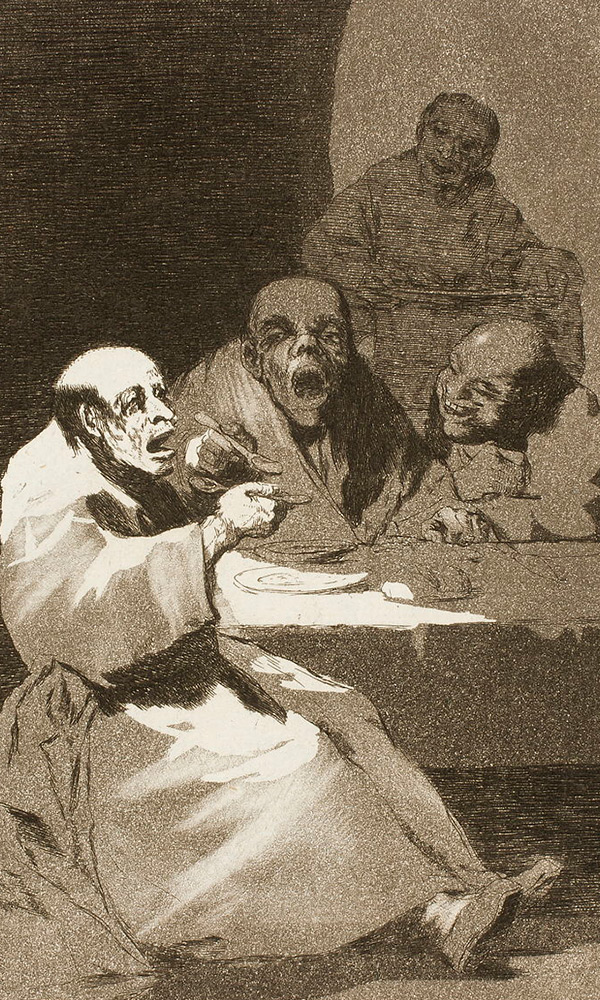 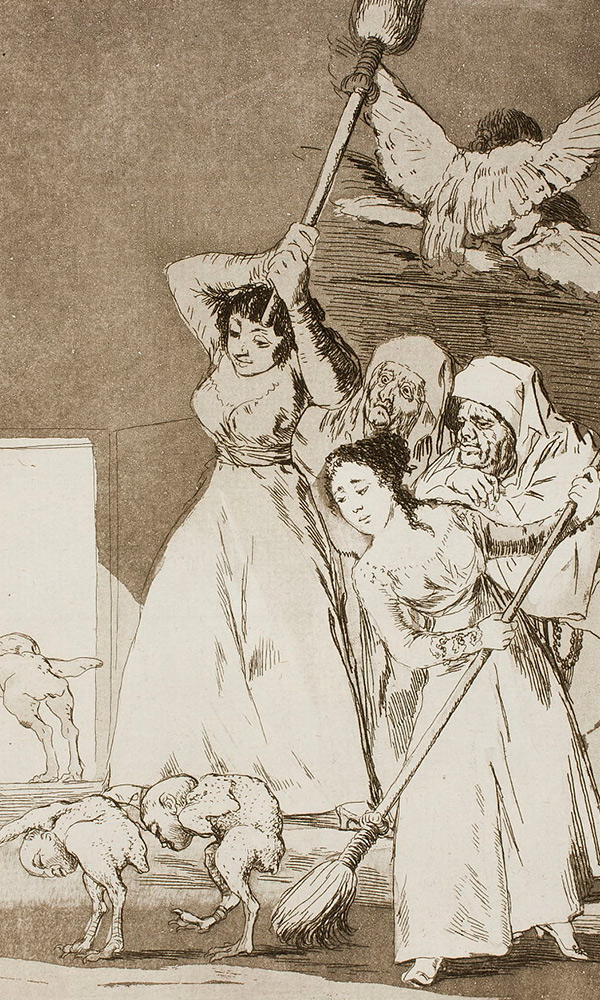 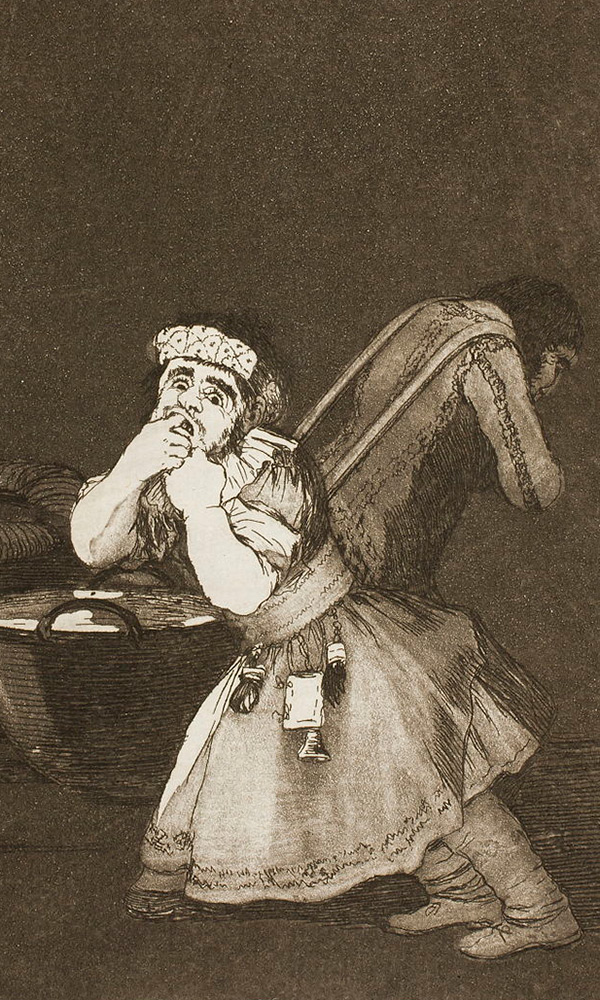 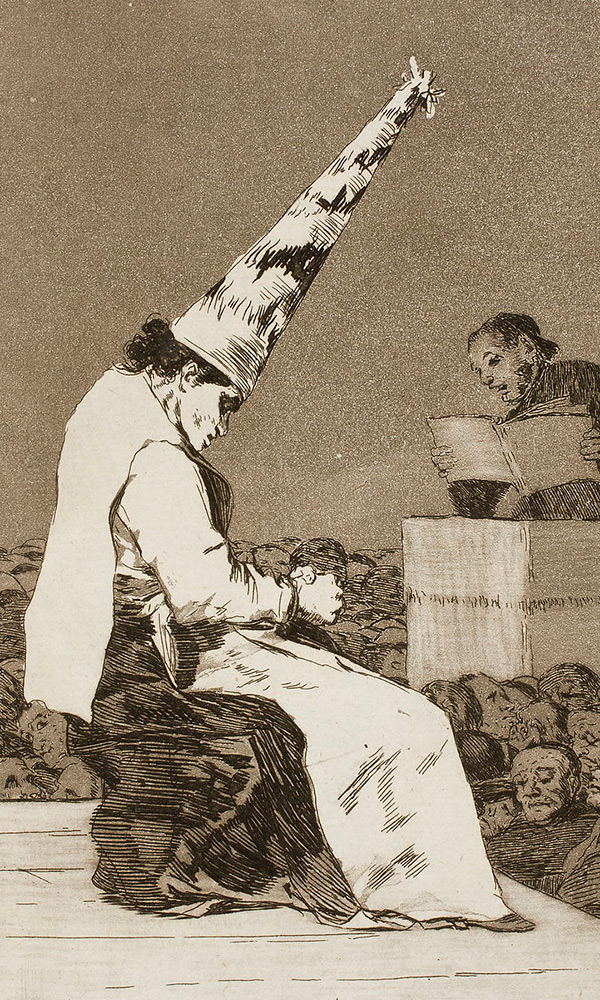 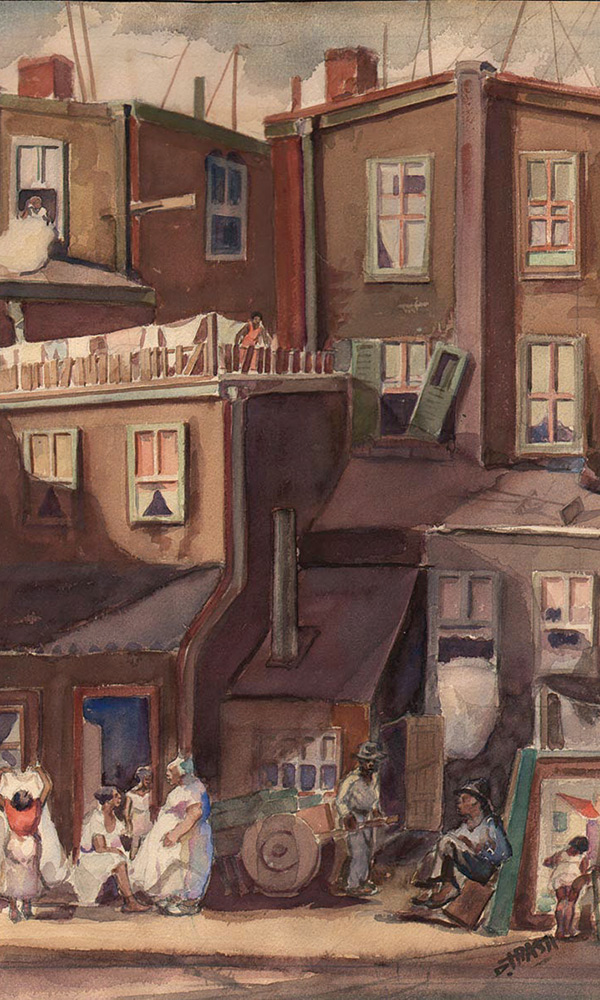 You don’t have to fly to Madrid anymore to see the Spanish masters. Glens Falls’ The Hyde Collection recently announced its 2020 schedule of exhibitions, which will include an exhibit of rare etchings by Francisco José de Goya y Lucientes, entitled “Los Caprichos” (translation: “the whims”), as well as an exhibit of works by one of America’s most influential, early African-American artists, Dox Thrash.

Goya’s “Los Caprichos” are a series of 80 etchings that the Spanish artist, known for dark, morbid works such as Saturn Devouring His Son, worked on over a two-year period and published in book form in 1799. As the New York Times noted, the works were meant to depict “abuses by the Roman Catholic Church, societal ills from pedophilia to prostitution, and rampant superstition in an age of revolution and terror.” In other words, classic Goya. “I’ve always found Goya’s ‘Los Caprichos’ hard to fathom [and] understand in 18th-century terms,” says Jonathan Canning, the Hyde’s director of curatorial affairs and programming. “But they really do seem to speak to me now, whether I see the creatures as coming from the depth of the modern psyche or Goya’s satires of social pretensions, ignorance and superstitions as a riposte to the attack on reason and rationalism that seems underway at the moment. Great art speaks through the ages, and these prints give me hope in the enduring power of The Enlightenment.”

The 2020 schedule will kick off on January 19 with a three-month exhibition of “Los Caprichos.” The Hyde’s full lineup of 2020 art shows is listed below.

Francisco Goya: The Caprichos Etchings and Aquatints
Sunday, January 19 through Sunday, April 26
This series of nightmarish and sometimes gory etchings contain some of Goya’s most famous images. An official portraitist of the Spanish monarchy for many years, Goya used his proximity to the aristocracy to create these etchings that are hypercritical of Spanish society in the late 18th century.

Dox Thrash, Black Life, and the Carborundum Mezzotint
Sunday, January 19, through Sunday, March 22
A World War I veteran originally from Georgia, Dox Thrash is renowned for his vivid depictions of African American life in both rural and urban mid-20th-century America. Thrash was an innovator as well, developing his own form of printmaking called “carborundum mezzaprint,” which allows for creating darker skin tones.

Images of the People: Russian Lacquer Painting
Saturday, March 28 through Sunday, June 14
This exhibition will highlight a rare movement of art popular in the waning days of the USSR: miniaturist lacquer paintings of Russian folk tales and heroic Soviet deeds all on decorative boxes.

Transformations: The Art of John Van Alstine
Saturday, June 20 to Monday, September 13
A graduate of St. Lawrence University, John Van Alstine creates sculptural fusions of found objects and steel with stone and other natural elements that have been exhibited throughout the United States, Asia, Europe and even at the Smithsonian. (You may remember that selected works by Van Alstine were on display at last fall’s Saratoga Wine & Food Festival.)

J.S. Wooley, Adirondack Photographer
Saturday, June 20 to Monday, September 13
Having lived and worked most of his life in the Adirondacks, J.S. Wooley took now-iconic photos of Lake George and the North Country during the late 19th and early 20th centuries.

Handstitched Worlds: The Cartography of Quilts
Sunday, October 11 through Sunday, January 3, 2021
On loan from the American Museum of Folk Art in New York City, more than two dozen vibrant, American quilts will be on display for this exhibition celebrating a one-of-a-kind art form that blends textiles and storytelling.

Head To Sharon Springs For A Dose Of 'Schitt's Creek' Reality