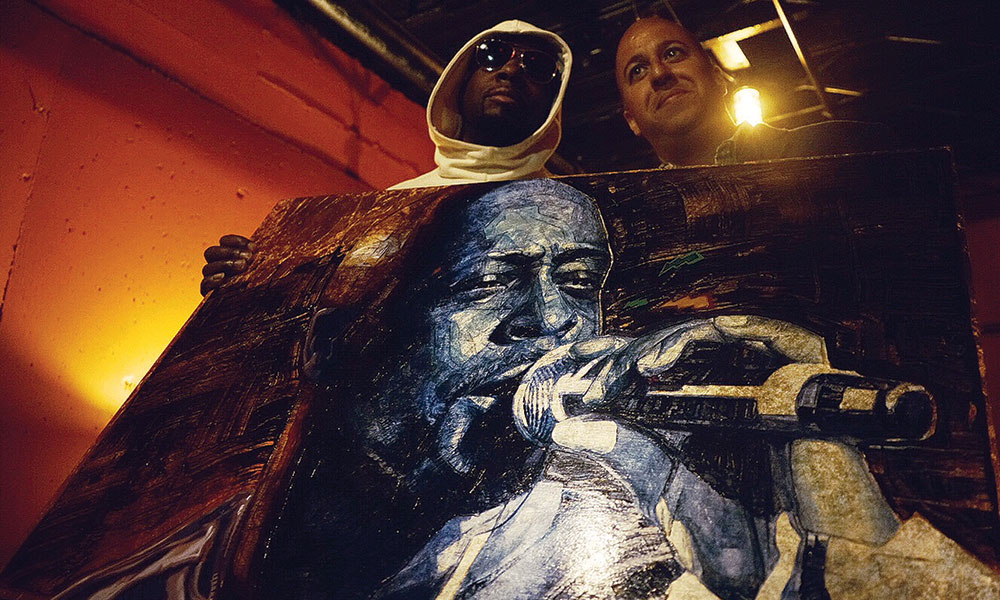 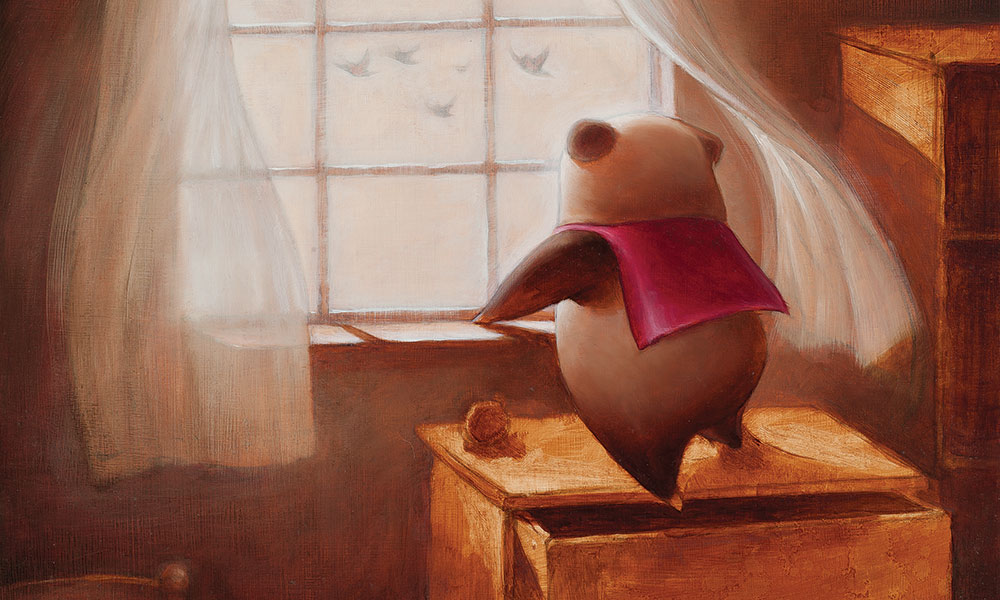 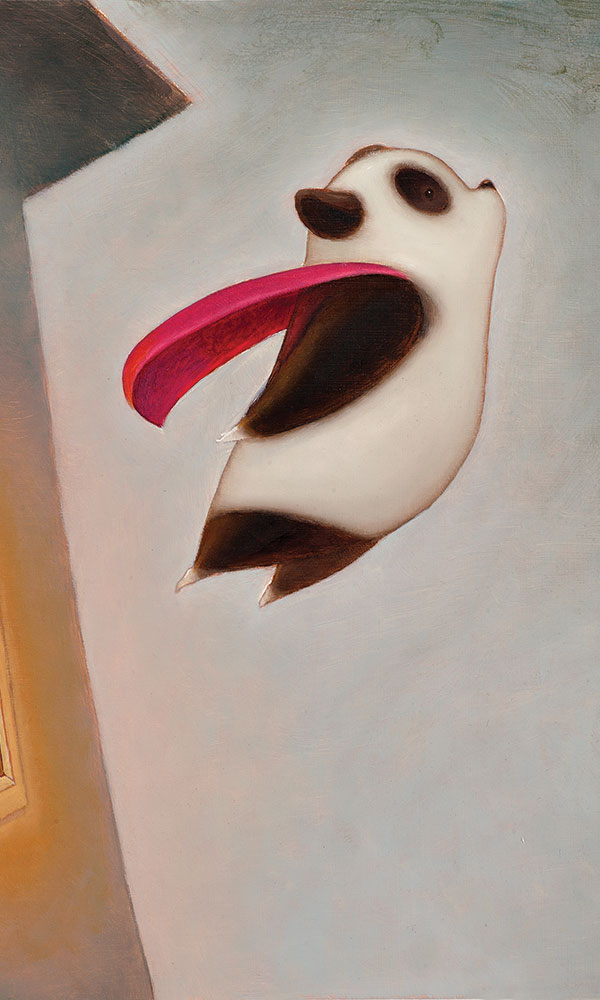 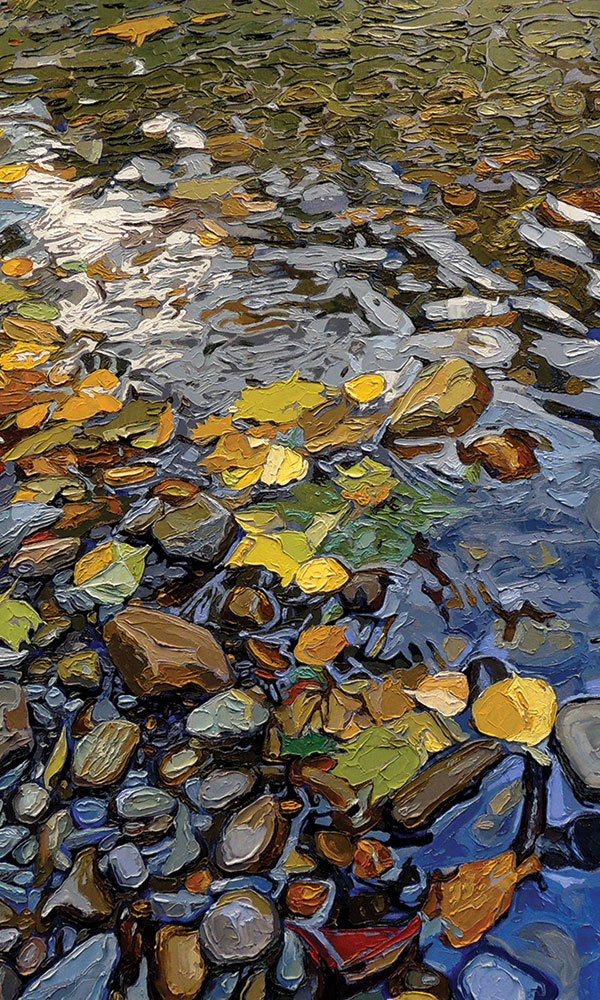 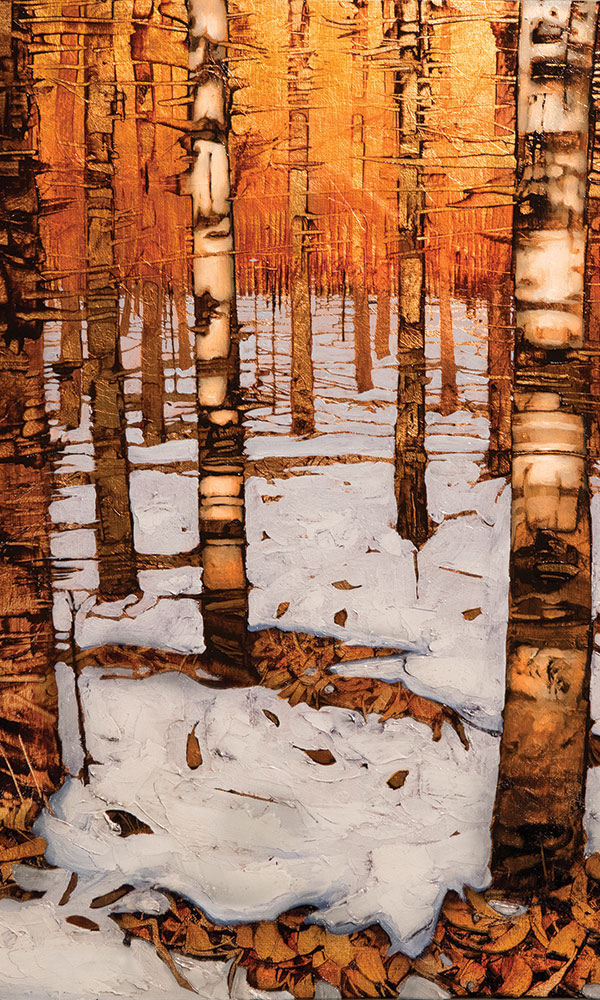 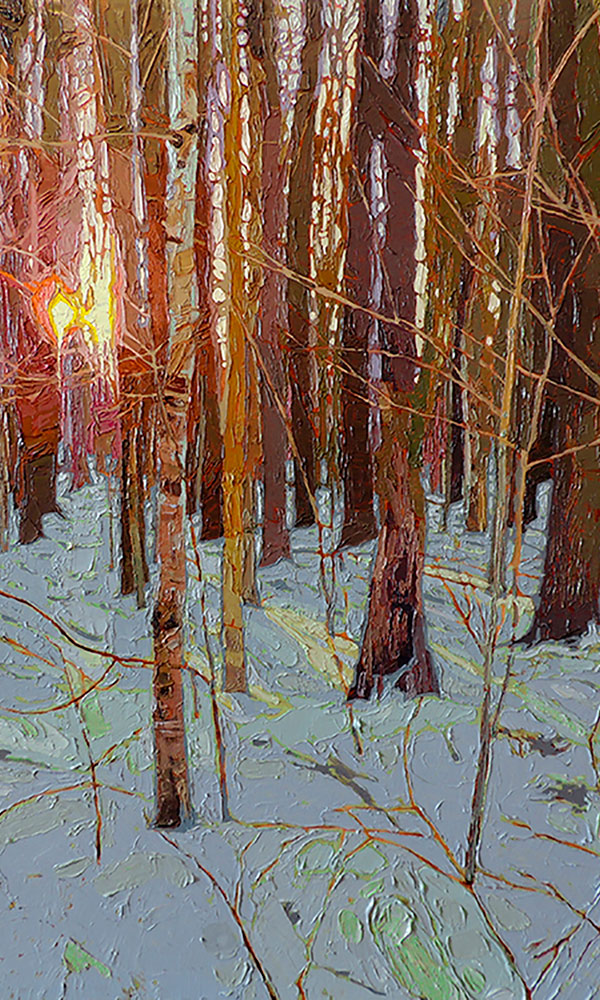 Painter David Hill with rapper/musician Wyclef Jean and the portrait Hill did of Jean for Putnam Place's new Wall of Fame. (Tao Harris)

An illustration from the children's book, 'Birds Can Fly, Why Can't I?,' that Hill illustrated and cowrote. (Mark Bolles)

Another illustration from Painter David Hill's children's book, 'Birds Can Fly, Why Can't I?'

One of Hill's most recent creations using copper and oil paints. (Mark Bolles)

I grew up in Alabama surrounded by nature. Hunting little green lizards and june bugs by day, watching lightning bugs gather and listening to tree frogs at night—it felt like paradise. It’s one of the reasons I feel so at home here in Saratoga Springs, where, close to the Adirondacks and Lake George, there’s no shortage of ways to go out and commune with nature.

Saratoga-based painter David Hill had a similar experience growing up, albeit not in Alabama like I did. Rather, he was raised on St. Thomas in the US Virgin Islands, surrounded by the warm, turquoise waters of the Caribbean. “I paint mostly natural themes, but always with a unique twist,” says Hill, who still frequently incorporates water into his paintings. “I had a nice childhood of just being on the beach every day.”

After high school, Hill decided to travel, studying art in Florida, Italy and Hawaii. In his mid-20s, he landed at the Art Institute of Boston (part of Lesley University), where he found a creative way to support himself during his college years. “When I was in art school, I’d already had some success,” he says. “So sometimes I was literally taking homework and selling it at galleries.” After earning his bachelor’s degree, Hill returned to St. Thomas, where, in 2005, he opened his first gallery, which he owned and managed for six years. Back on the island, he met his future wife, Emily, who’d grown up in Saratoga. “She’d moved down after school and just thought she was going to be there for six months,” says Hill. She ended up staying for more than a decade.

After having a couple of kids, Hill and his wife moved to Saratoga to be closer to Emily’s family. “I knew Saratoga and I liked it,” he says. “When I went to school in Boston, I’d often come in the summertime and visit Lake George or go to the track.” After years of exhibiting his work at Sorelle Gallery (which moved from Saratoga to New Canaan, CT) and other spaces in the Capital Region, Hill opened his own studio, right above Wheatfields Restaurant & Bar in Downtown Saratoga, in September 2015. At the same time, he also opened a spot to sell his artwork, the David Hill Gallery, located at the Saratoga Marketplace on Broadway. Since then, Hill has branched out in surprising ways. He cowrote and illustrated a children’s book, Birds Can Fly, Why Can’t I?, with Saratoga author Vicki Addesso Dodd. The book won an Independent Publisher Book Awards Gold Medal.

Hill says he’s currently working on another children’s book, in addition to creating a Wall of Fame at Putnam Place, featuring paintings of famous musicians who’ve performed at the venue (the wall includes a signed portrait of Grammy-winning artist Wyclef Jean). As for his painting, Hill has returned to his roots, doing nature studies and landscapes, but with a new twist: He’s making art using metals, such as copper and white gold, in addition to paint. “It just shines through in a unique way,” Hill says. “It’s different and it’s something that I stumbled across here in Saratoga.”

In a way, we all know exactly how Hill feels. There is something special about living in the Spa City that inspires such creativity—case in point, David Hill.

Kentucky Derby 2019: What To Do In Louisville Before This Year's Run For The Roses