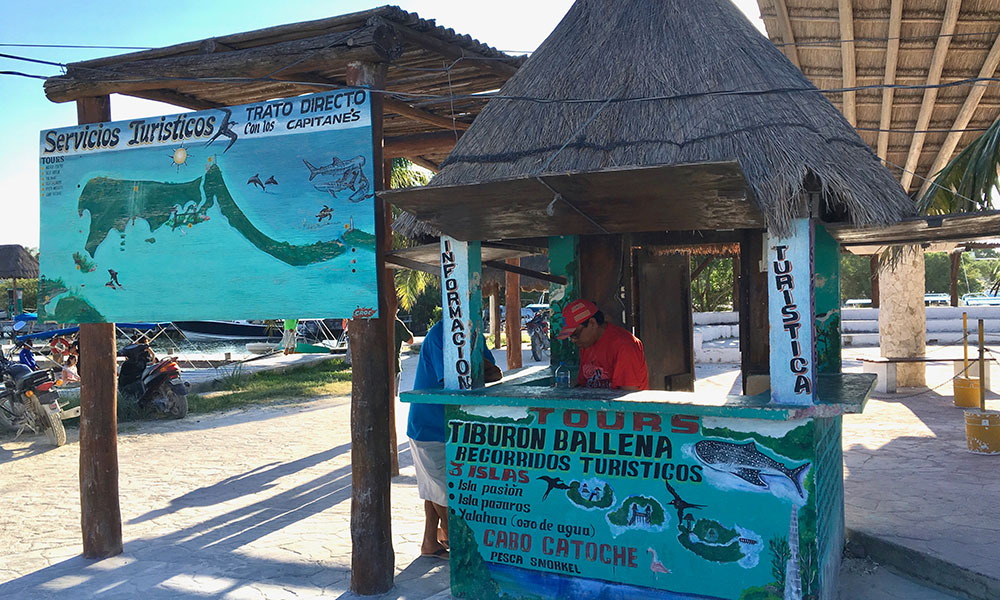 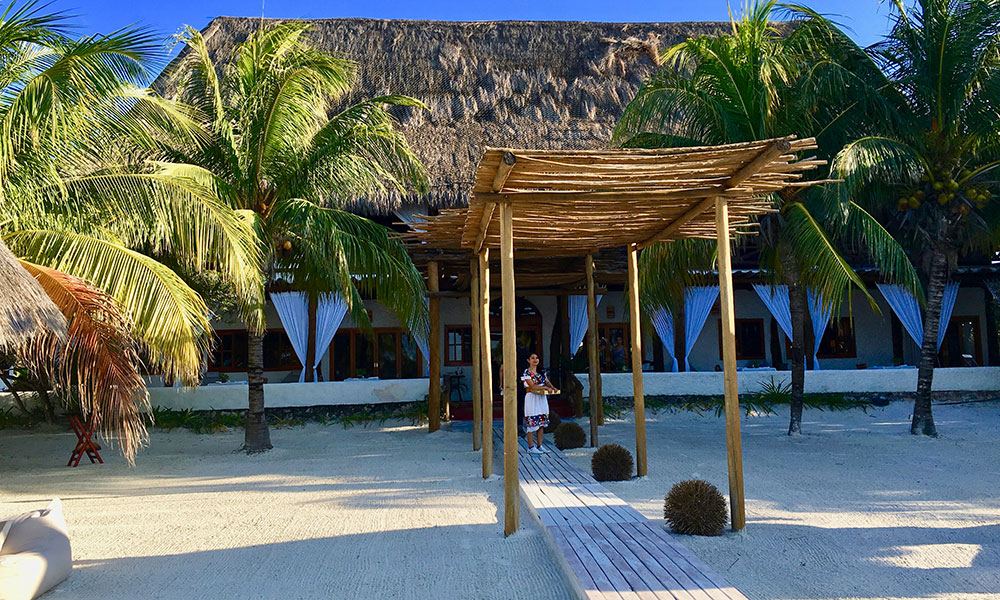 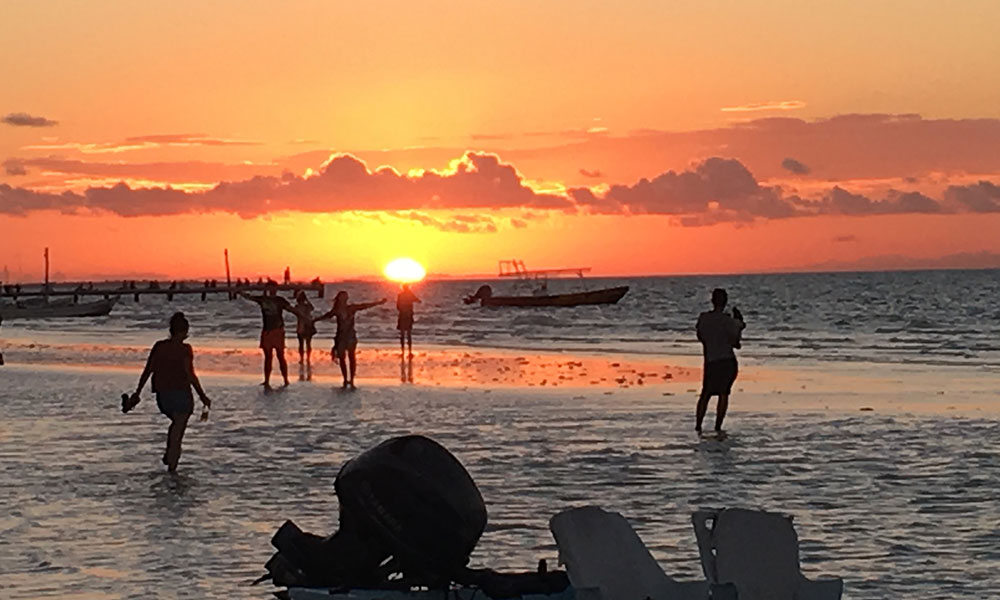 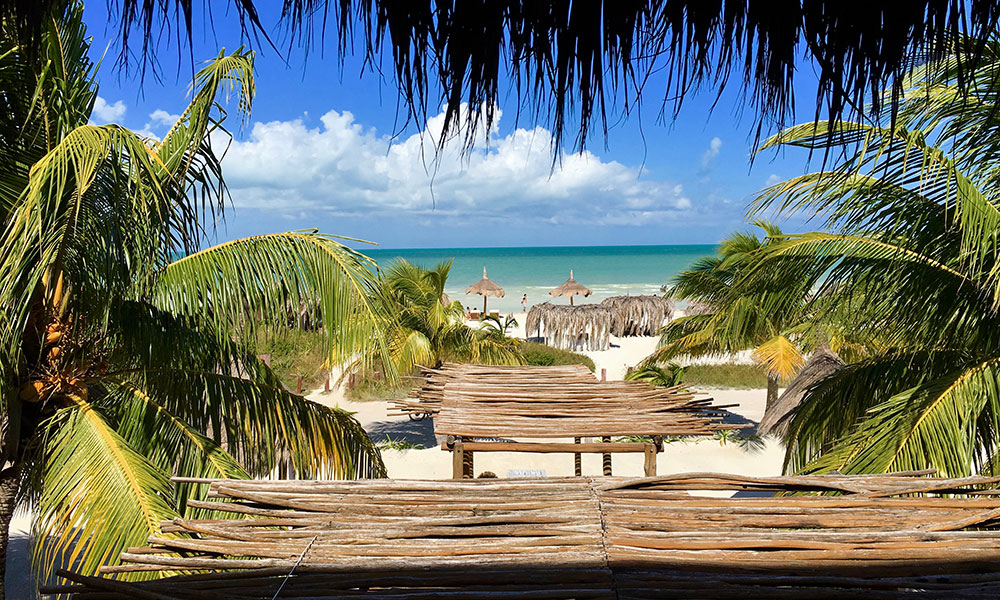 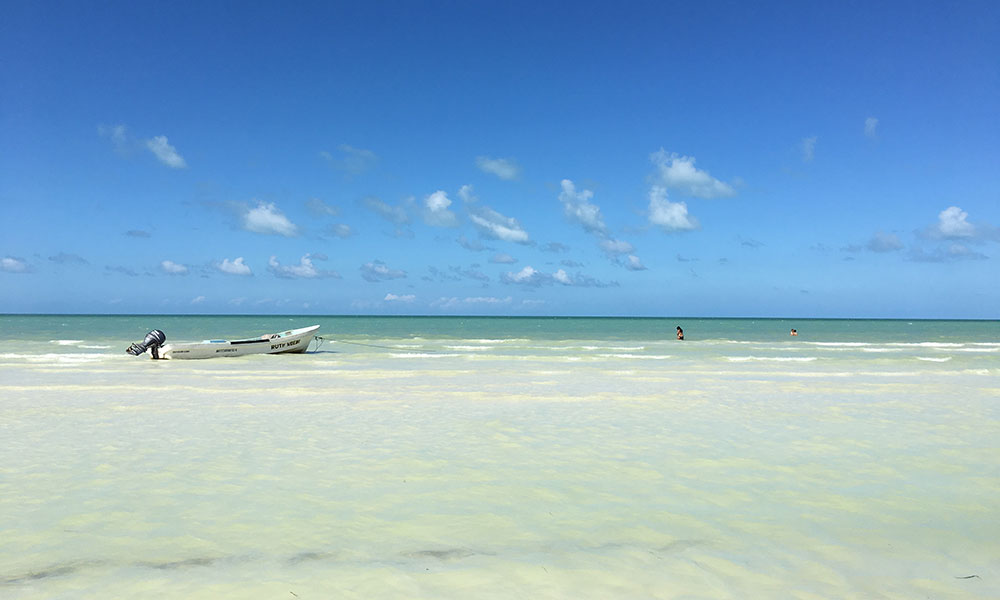 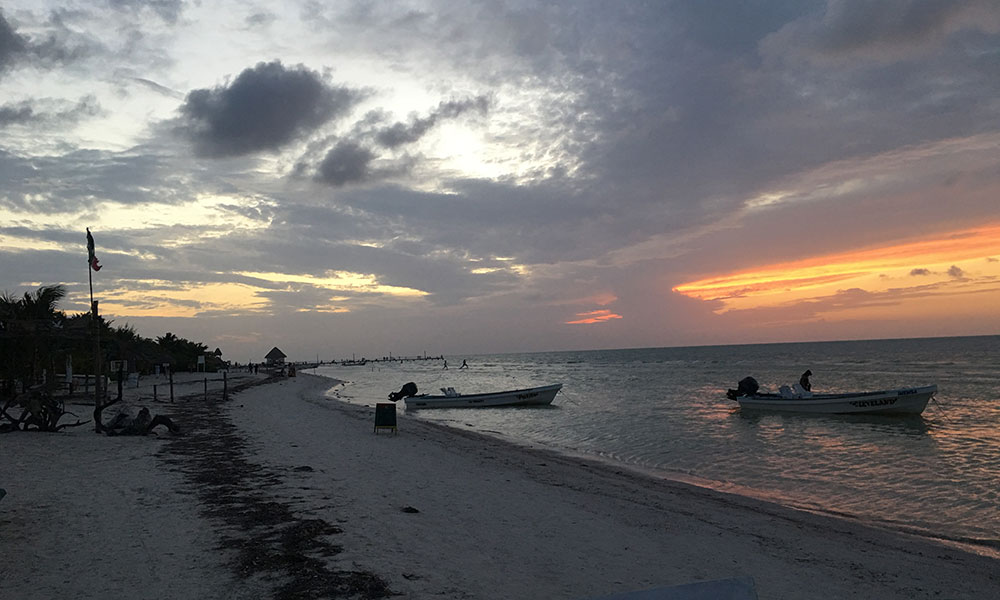 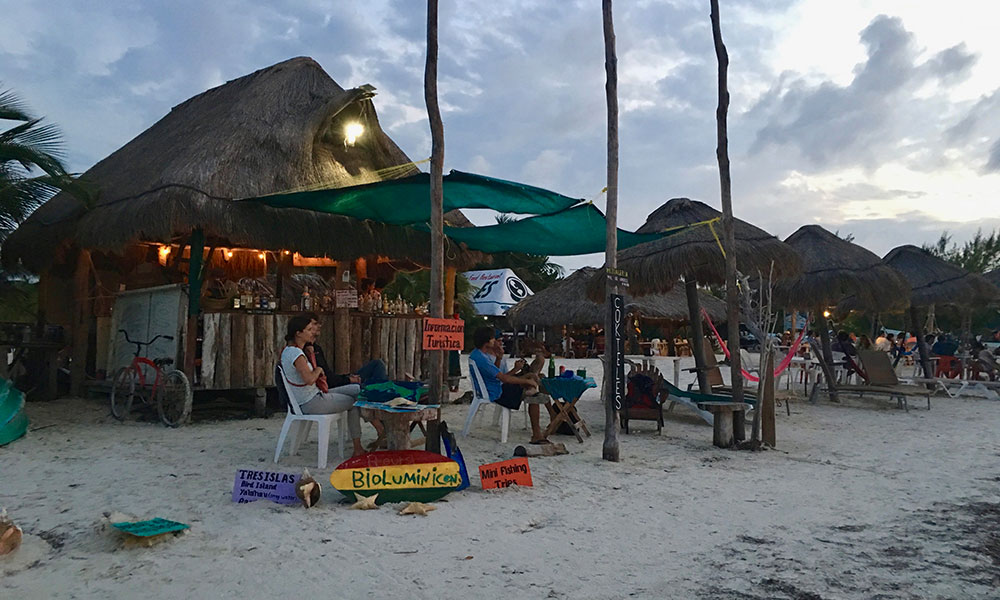 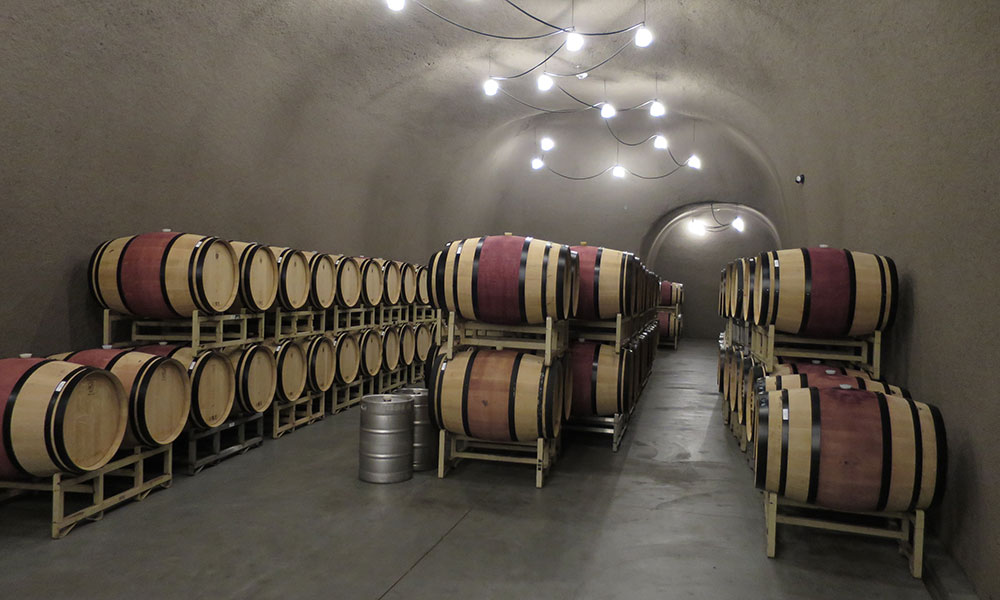 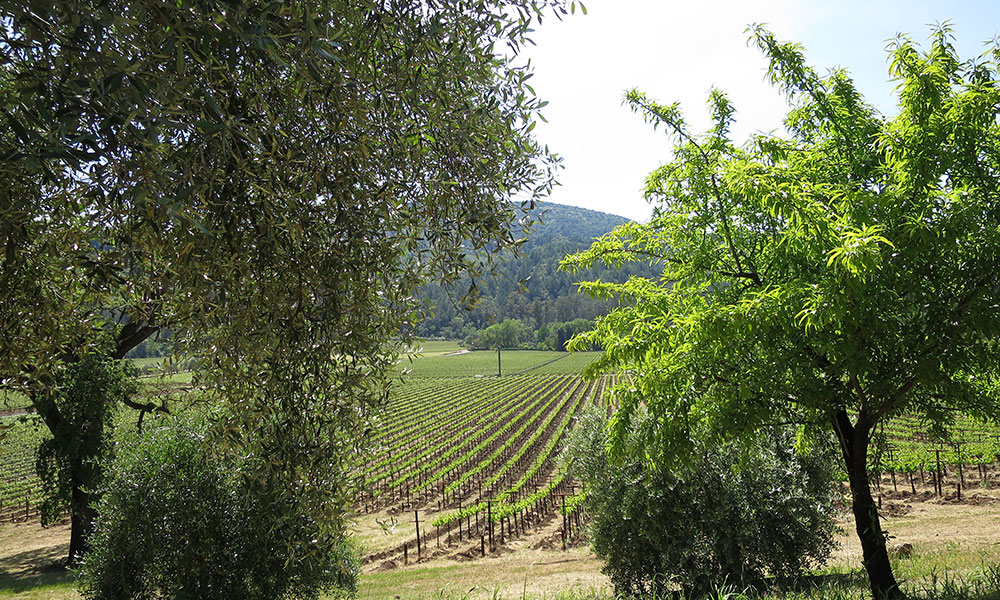 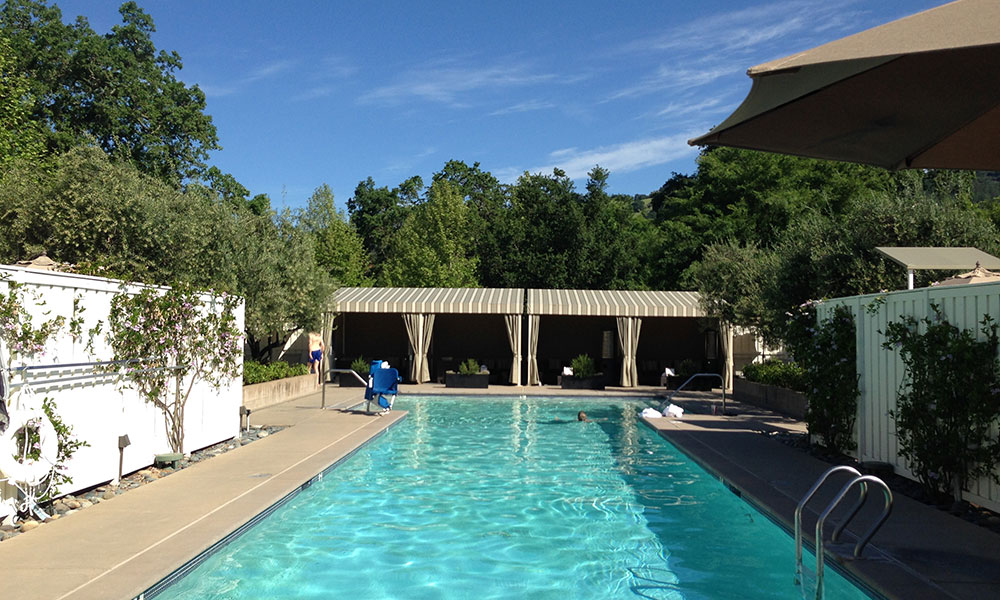 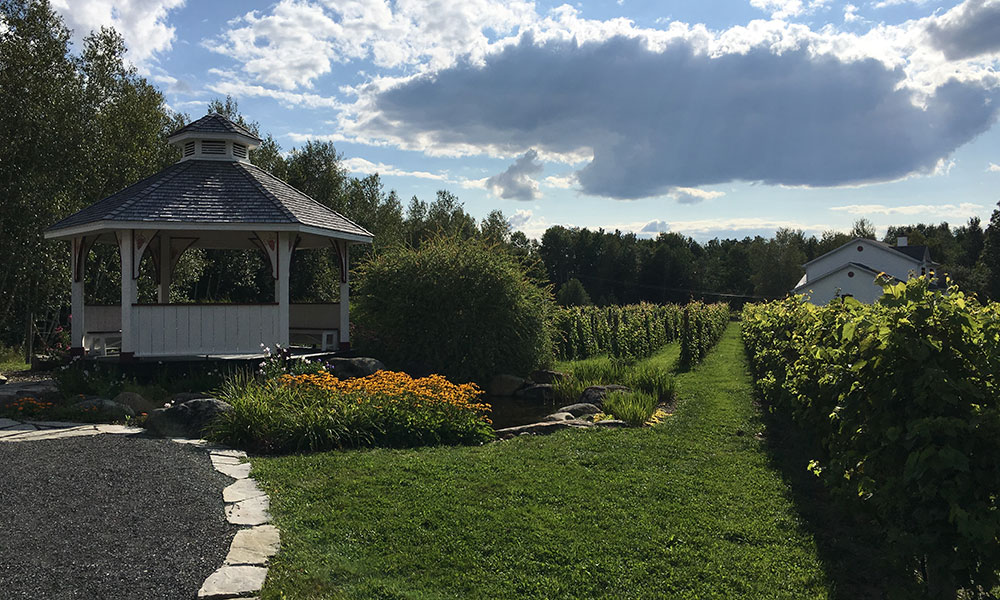 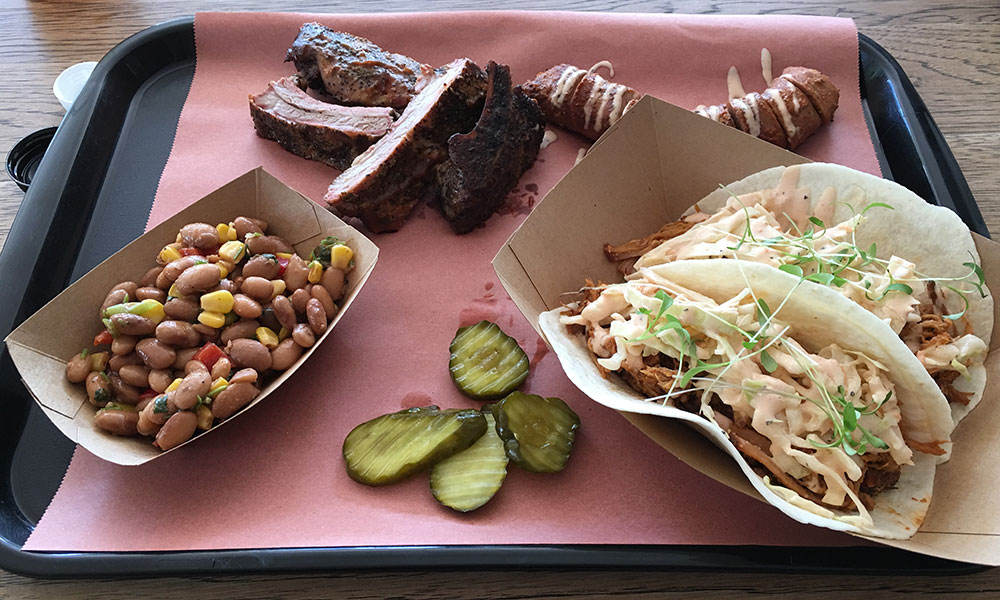 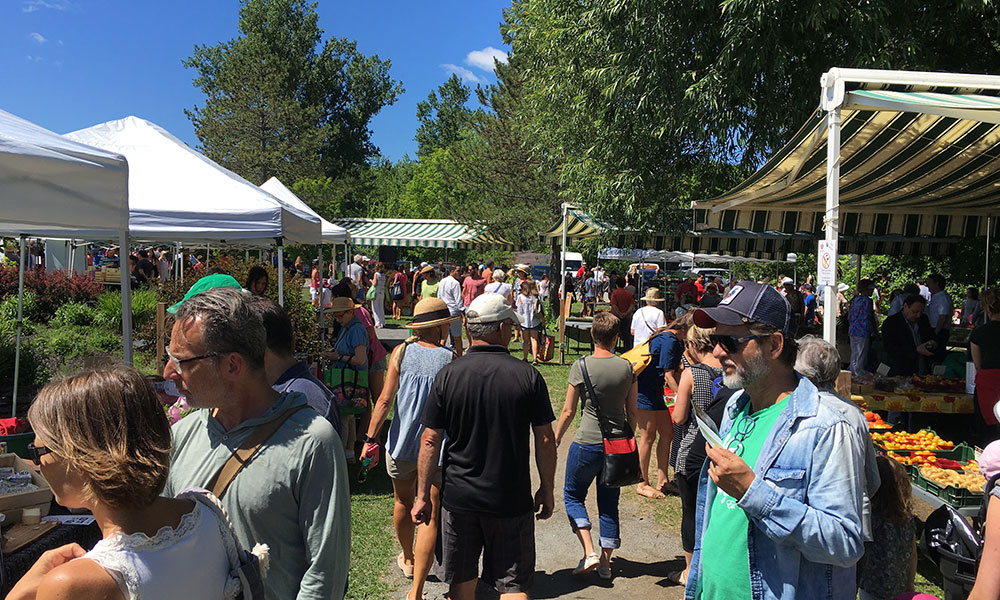 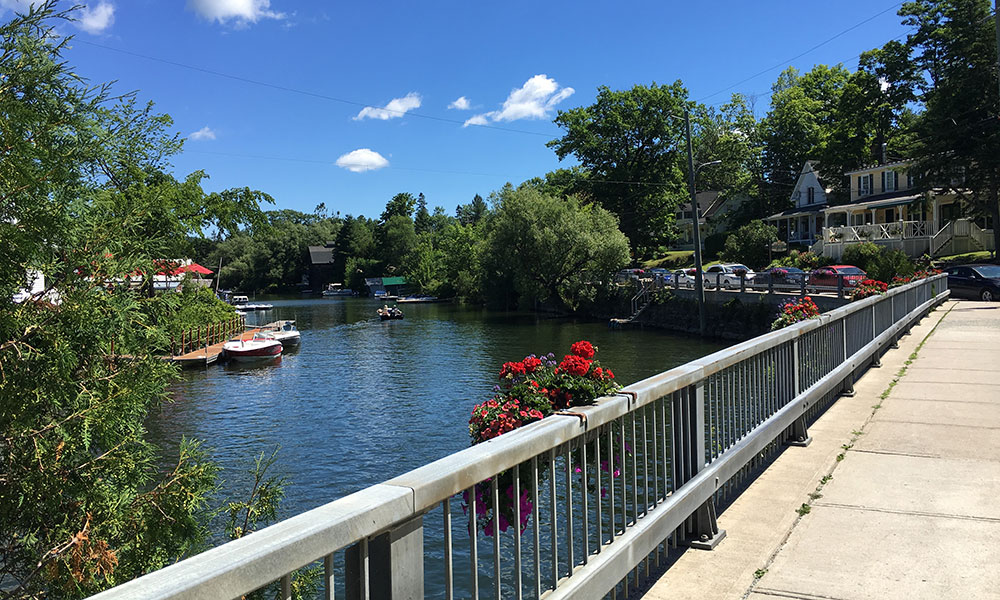 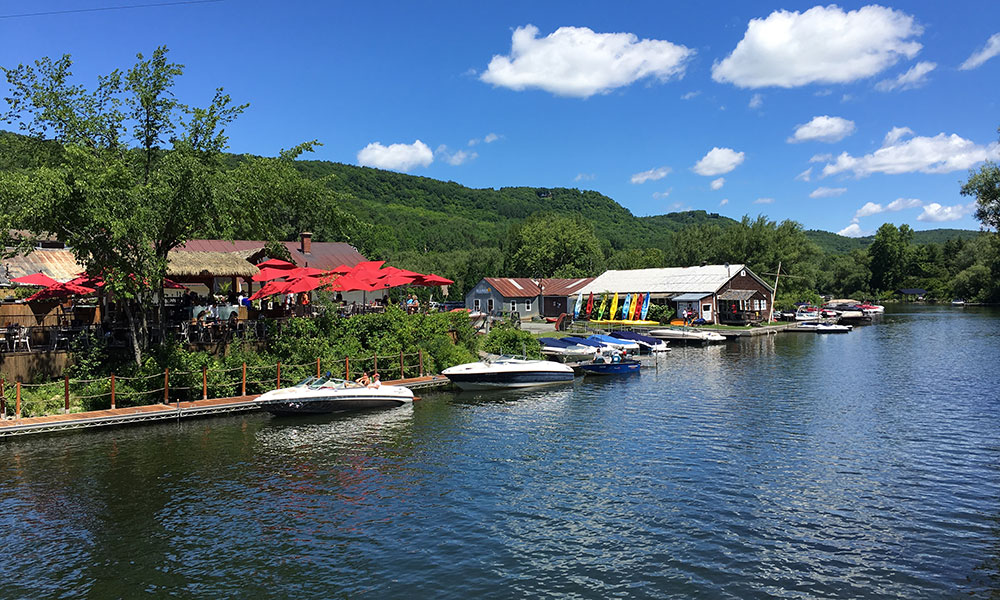 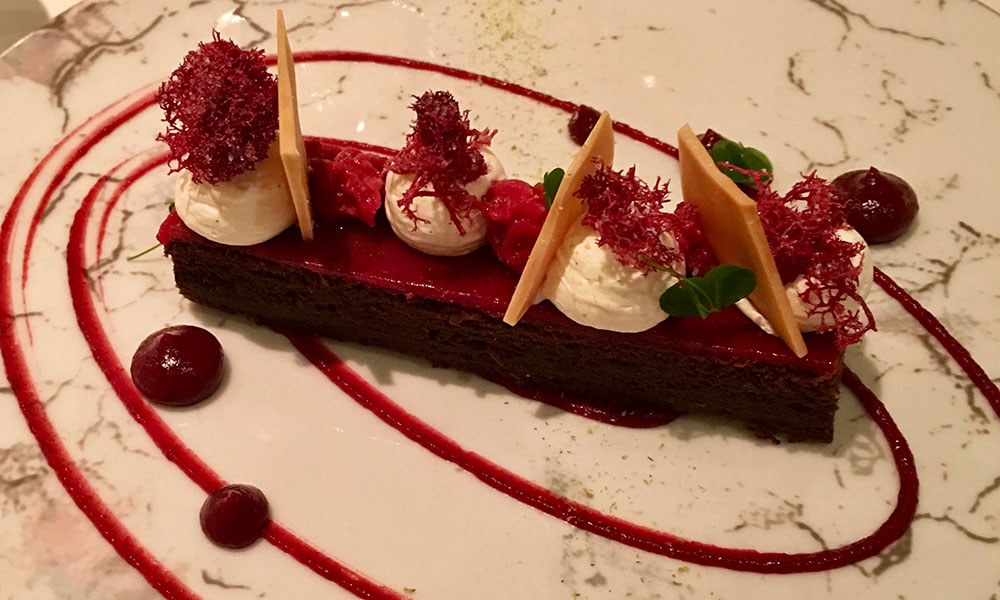 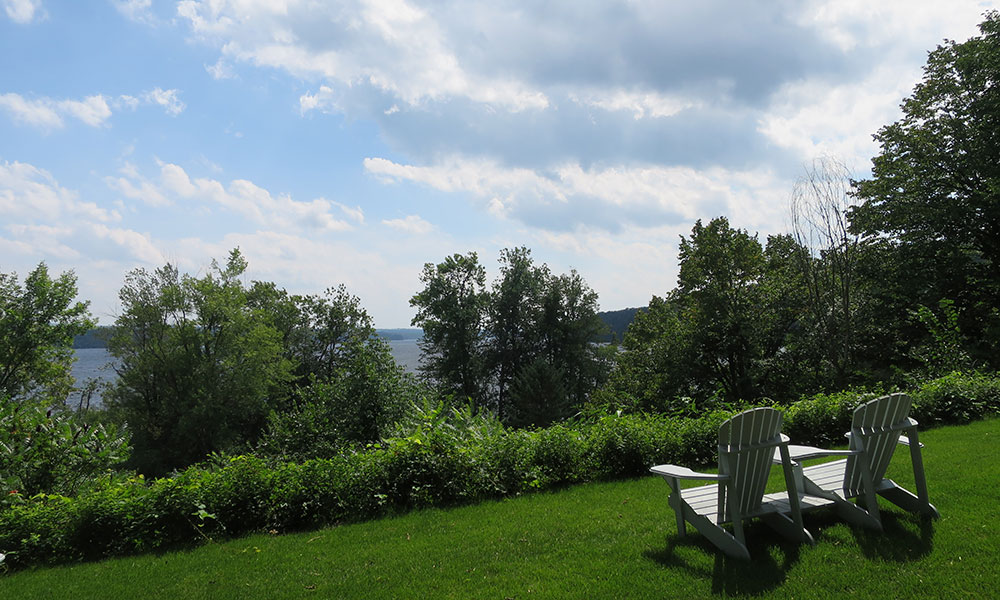 In the second entry of a two-part series, reported exclusively for saratoga living magazine, Contributing Editor Kate Doyle Hooper covers four hidden gems from North America—Mexico’s Isla Holbox, California’s Napa Valley and Canada’s North Hatley, Québec. (OK, so Napa isn’t all that “hidden”—but these aren’t the traditional spots every travel writer recommends!) Hooper takes you on an intimate journey to each city’s must-see attractions, including all the most secluded beaches, top hotels, wineries and more. Hooper, also a talented freelance photographer, snapped all of the photos you’ll see within the two-part feature. (Click on the above image for a photo gallery of Hooper’s photo exclusive to saratogaliving.com.)

The beautiful thing about completing a few 15- or 16-hour flights is that, comparatively, anything shorter is child’s play. So, when the call came in to head for Mexico, I was half-packed before I put the phone down. A three-hour flight to Cancún, a two-hour ride in a shiny new 4 Worlds Expeditions SUV and then a 25-minute boat ride? Easy-peasy. A couple of days later, my iPhone, my “real camera” and I were loaded for bear as I stepped onto the ferry that would take me to Isla Holbox (pronounced “hole-bosh”), a sunny sliver of sand off the Yucatán Peninsula. Having met few people who’d ever heard of it, much less been there, admittedly, I was flying a bit blind. But I’d read about the 30,000-pound whale sharks that swim nearby, and I was ready to start snapping should one have crossed our bow.

It being October, though, the deckhand reminded me, somewhat apologetically, that I’d missed the whale-shark boat, as it were. To swim with the massive, plankton-eating creatures, I’d have to come back during their high season (June through September), when they ply the ocean waters to feed and breed. Now I was thinking there wouldn’t be much to do on Isla Holbox without them. Turns out, that’s exactly the reason why small groups of Mexicans-in-the-know and a smattering of Europeans and Americans find their way here.

A contemporary version of what pre-development Tulum must have looked like back in its Against All Odds days 35 or so years ago (Netflix that one, kids; think: early Jeff Bridges, Rachel Ward, white linen, tans), Isla Holbox is a sleepy, beach town/island, the kind of underdeveloped paradise that most of us only dream about (or see in the movies). Just a mile across at its widest point and 26 miles long (much of it covered in mangroves), Isla Holbox doesn’t have much room for throngs of people or big hotels, so even when the island is sold out, it feels blissfully unpopulated. The Internet? Intermittent. Cell service? Inconsistent. UberX? Nope. Only bikes and golf carts. So if you’re looking to do the global nomad thing, Skype with far-flung clients, stream a few shows, party like a rock star and crush the competition at the limbo contest, this is not the place for you.

If, however, you crave off-the-grid peace and quiet, are happiest reading on a lounge chair under a palm-frond umbrella and gazing out at the sea, then Isla Holbox has got you covered. And the best spot to disconnect in style is Ser CasaSandra, a chic, understated, homey, 18-room boutique hotel, roughly 100 unobstructed steps from the ocean. There were sea-view al fresco breakfasts on the front porch, hammocks to snooze in, a four-stool beachfront-bar, awe-inspiring sunsets and an attitude so laid-back that three days there was the chill-zone equivalent to about a week anywhere else. (Did I mention no TVs?) Beyond Ser CasaSandra’s palm-tree shaded, raked-sand front “lawn,” the rest of the town was dotted with low-key, bro-free bars and restaurants; secluded, empty beaches; plus kayaking, kiteboarding, windsurfing and boat tour trips to see pelicans, flamingos and even the occasional crocodile, if you’re looking for natural thrills. But for me, the Isla Holbox retro charm shone brightest long after sundown, when its unpaved, packed-sand streets were illuminated only by stars and the intermittent glow of flashlights and phones lighting the paths of islanders and visitors making their way home for the night. I’d have taken a picture, but I didn’t want the flash to wake the island.

Returning to the States from Mexico just long enough to pick up clean clothes and a fresh SD card or two, I left sand and sea behind, and headed for a quick run around Napa’s wine country to scout locations for a day-long corporate meeting—leaving room for some wining and dining, of course. With a lot of territory to cover—from the wine caves of the Odette Estate to Francis Ford Coppola’s revitalized Inglenook—and not much of a palate for anything beyond good champagne, I brought along my oenophile husband as my wine wingman/research assistant. Fortunately, he was able to talk shop with the vintners, while I checked out the facilities, taking polite sips of whatever was offered.

From there, we raced over to catch a quick luncheon ride to the Grgich Hills Estate aboard the Napa Valley Wine Train which, I was told, could also be rented out for private events, such as the one I had in mind for my corporate group. I was kind of loving the idea of an all-in-one movable, and drinkable, feast. Orders placed and wine poured, we chugged slowly through Downtown Napa, the outskirts, and then, eventually, alongside a good portion of the region’s 45,000 acres of grapes. Lunch arrived—chicken with julienned vegetables for me, salmon for him—on heavy, oven-warmed bone china plates, along with fine local vintages, and it was delicious, not to mention highly Instagrammable (like those walkways in Tongli). At the table, and later, on the vineyard tour, wine options were described in loving detail. Wine resister that I am, I started to lose consciousness, but my husband and fellow diners were lapping it up, nodding approvingly like true believers at a revival meeting. I tried to look busy and took notes in hopes of documenting—then later untangling—the mysteries of the grape some other time. When I revisited my notes weeks later, I realized they were written in Esperanto, and so my ignorance continued unabated. Apologies to the sommelier.

Train trip over, and back in the car, a few hours later, we pulled into the well-manicured grounds of the Solage, An Auberge Resort. Arguably one of the most photogenic resorts in California wine country, Solage is among the most glamorous, slightly under-the-radar Northern California gems that most East Coasters haven’t heard of, even though it’s been around for more than a decade. Quietly glamorous, like Emma Stone’s character at the end of La La Land, Solage was dressed to impress, simply and beautifully without ostentation, all in calming tones of beige, slate and buttercream. The luxury bells and whistles were present throughout but discreetly placed, rather than swinging from the chandeliers. Instead of shared walls and adjoining rooms, we were on our own in a freestanding little house, with a giant bed, bath and cozy shaded patio, made for al fresco wine-sipping. Our car stayed put in the lot while we tooled around the property and nearby vineyards on fat-tire beach bikes that came with our room/house.

At the far end of Solage’s 25-acre property, there’s a self-contained mini-village that houses a main spa building and multiple one-room treatment “houses,” a state-of-the-art fitness studio building and yoga center, plus two sizeable saltwater pools, complete with wide umbrellas and palm trees. It was a beautifully cloudless afternoon, and a few Angelinos and Europeans and their pretty progeny were quietly lounging around the pool, as palm trees swayed and colorful frozen drinks were delivered with a slight bow. Yes, all was right with the world in Calistoga.

It was late October, time to make the final trek north to our small, barely-on-the-grid, summer place in North Hatley, in the Eastern Townships of Southern Québec. The last leafy remnants of an underwhelming “fall colors” season were half-heartedly hanging on, at least until the windstorm that was predicted in 48 hours. The days were warm and sunny, the nights clear and full of stars. Late in the year as it was, to me, this trip was the official end of summer, the absolute last gasp, worth the seven-to-nine-hour drive from New York City (I-91 permitting). Always, when we pull away from Manhattan, I find myself wishing we lived further north, in Saratoga Springs, perhaps. It would, among other things, cut the trip to Canada down to three hours and change.

Arriving in North Hatley, there’s always a feeling of relief—that powering down, the feeling that naps and a good night’s sleep are imminent, along with any number of other more demanding activities, if the mood strikes. Just over the Vermont border, set amidst rolling hills and farmland, North Hatley is the kind of place where people come to do, sometimes, very little, but in interesting ways. It’s a haven for Canadian film types, politicians, well-to-do Montréalers, a handful of Americans, a few piles of old money and more recently, as property values have climbed, some colonization by high-finance types. In recent years, North Hatley has hosted an eclectic mix of celebrities, including Nicole Kidman, Johnny Depp, Pierce Brosnan, Bill and Hillary Clinton and former French President Jacques Chirac, to name a few. When it’s not providing a low-key getaway for the occasional boldfaced name, the quirky, two-block-long, mostly French-speaking town—established in 1887—is home to about 350 locals, with the population swelling to around 800 in high season (June to mid-October).

So what are the big to-dos in North Hatley? Some swim, others paddle, and then there are those who rusticate in style, lakeside, at the super luxurious Manoir Hovey, the Relais & Châteaux resort and spa where the Clintons regrouped after the 2016 election defeat. (Rumor has it that a justifiably exhausted Hillary hit the spa hard.) Others pedal out from the center of town to some portion of the 300 miles of bike routes that run through the region’s countryside and villages. With the right gear and some stamina, you can ride the 22-mile route south to Vermont or head 80 miles west to Montréal, your choice.

For outdoor fun minus the wheels, the two great hiking spots less than a 20-minute drive from North Hatley are Parc National du Mont-Orford, and the somewhat less vertical
Parc de la Gorge de Coaticook, which is home to 15 miles of hiking and mountain-biking trails, as well as the longest suspended footbridge in North America. (It sways. A lot. Frightening, but fun.) Nighttime in summer and early fall, the park transforms into “Foresta Lumina,” an interactive, illuminated “fantasy” forest, inhabited by mythical creatures, a great way to mesmerize (or freak out) the entire family.

There’s also a serious foodie scene, with four upscale restaurants and a gourmet patisserie on the two-block-long main drag, and two more eateries within walking distance. I drove just ten minutes and I found dozens of other fine dining options, all with a French accent. If wine is your thing, North Hatley also boasts three recently opened wineries, including one organic, sparkling wine vineyard run by a husband-and-wife team of retired government scientists; other options include a weekly farmers market, numerous dairy farms and a local monastery selling artisanal cheeses (triple-crème brie, anyone?)

As the end of the year closes in, a friend who travels for work as much as I do asks with a sigh, “So what do you do about post-travel depression?” a common affliction amongt those of us with the travel bug. “Start planning another trip,” I say. 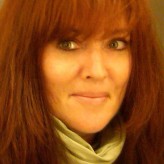