In my semi-regular column for saratoga living, I’ve had the opportunity to introduce you to a number of men and women who have struggled with (and beaten!) homelessness in Saratoga Springs. (For the uninitiated, meet Donny, Jimmy, Amanda, Kevin and Grace.) This time around, I wanted to shed some light on our preconceived notions of homelessness—and how it can actually take multiple forms.

When we think of “homelessness,” most of us picture a person who is unclean, dressed in drab clothing, sitting on a bench or the sidewalk, perhaps holding a sign reading “homeless – anything helps.” The dictionary definition drives home that point: “having no home or permanent place of residence.” Sadly, in Saratoga Springs, we see individuals struggling with homelessness every day, while walking along Broadway or trying to find a parking spot in the Woodlawn parking garage. These people fit the description to a tee. But what about all of the other homeless people in the area that don’t fit that convenient definition?

I’d like to introduce you to Jim, who never spent a night out in the cold or on the street, but who was, by definition, homeless. He was kind enough to sit down and share his story with me.

Born into a family of 11 children in Albany, Jim tells me that his home life, growing up, wasn’t happy. His father was an abusive alcoholic. And although life at home was chaotic, Jim has fond memories of his friends growing up—and remembers experimenting with alcohol early on, but immediately knowing it wasn’t for him. “My father was my perfect reverse role model,” he says. “I didn’t want to be anything like him.”

After graduating high school, Jim attended a technical college in the Boston area, where he earned a certificate in aviation maintenance. But upon returning home to the Capital Region, he realized that there weren’t many employment opportunities for his new craft, and ended up bouncing around to various jobs. During this time, Jim’s older brothers were settling down and starting their families. Jim adores children and loved playing the role of the fun uncle; he, too, dreamed one of one day having a family of his own. In 1984, Jim’s dream was realized when he married the love of his life after a two-year relationship. They purchased a home and began planning their future. But just before the birth of their first child, Jim’s wife confessed that she’d been unfaithful to him. Although he was devastated, Jim decided to forgive her. Over the next several years, the couple’s relationship was rocky, but they had two more children and, all in all, things were pretty good. After 14 years, though, Jim’s wife announced that she had met another man and wanted a divorce. The couple divorced in 1998. That’s when Jim says his life turned into a nightmare. “I was so naïve,” he tells me. “I thought that in six to eight months we’d be back together, so I didn’t fight like I should have. In hindsight, I really wish I did.” Jim signed the house and car over to his wife and children. He ended up with nothing. “It was devastating; I’d never been homeless in my life.”

Now without a home, Jim started couch-surfing, staying with friends or relatives or in motels. He found himself wandering the streets after work and feeling like he had no direction. “I started having dark thoughts and felt helpless, so I checked myself into the hospital,” he says. Unable to manage his emotions, he lost his job and started getting outpatient care at Four Winds Saratoga, which provides inpatient/outpatient mental health treatment services for children, adolescents and adults. He found Four Winds to be very helpful, and the hospital connected him with Shelters of Saratoga. He lived there for a few months and credits the case management staff with helping him get housing, as well as access to the services he needed to manage his depression and finances.

Back on his feet, Jim was able to see his children regularly, which brought him immense joy, and he was able to secure new employment. Things seemed to be going pretty well until Jim sustained a serious back injury, which required surgery, and put him out of work again. Shortly thereafter, Jim’s oldest son reached out to him. His roommates had moved out, and he was struggling with demons of his own. So Jim reluctantly gave up his own apartment and moved in with his son. After about a year living with his son and still unable to work, Jim spiraled into a deep depression, and he no longer had the will to live. He left the area and headed to Arizona, planning to vanish completely but quickly realized that it wouldn’t be fair to his sons, so he returned to the Capital Region. “I wanted to get straight again,” he says. Soon after, he was diagnosed with emphysema and knew he needed to find stability in his life, so he returned to Shelters of Saratoga. After a few months, the staff there helped him secure an apartment in Ballston Spa, and he connected with Rehabilitation Support Services (RSS), who now sends him counselors to help him manage his finances, apartment and mental health.

These days, Jim says life is “a lot better.” He moved into his own apartment in August, and he’s adjusting to his new life. “There was a time in my life when my biggest problem was that I couldn’t get the lawnmower to start on two pulls,” he says. “Three weeks later, there was nothing right in my life. You never know.” He continues: “I love Saratoga, and Saratoga County is very good to people who need resources.” His advice to anyone struggling with homelessness is to seek out Shelters of Saratoga. “The kindness and compassion of the people there will help you find your way,” says Jim. I couldn’t agree more. 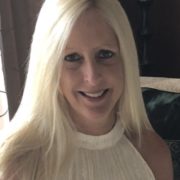