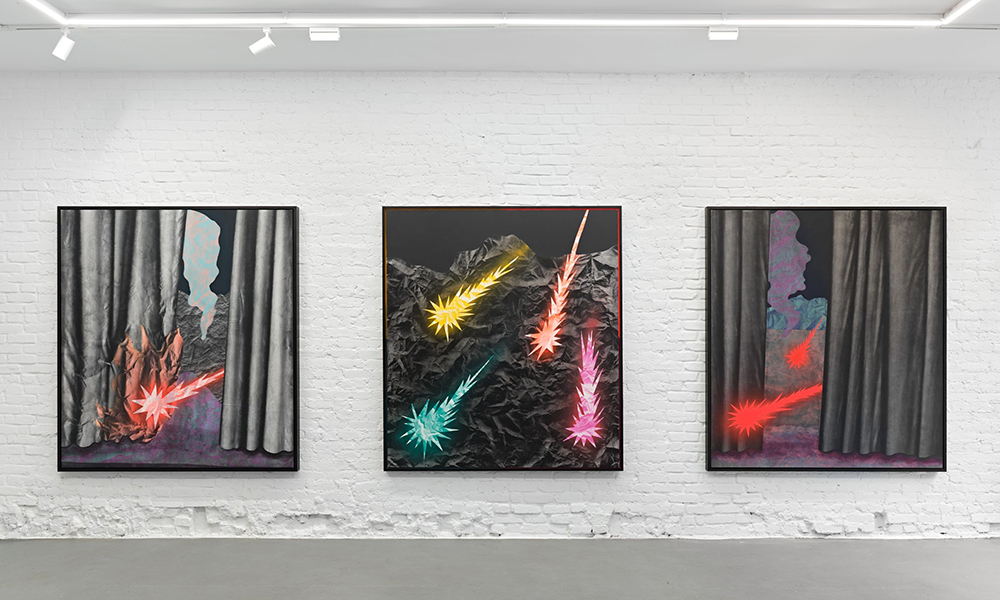 The Trotter & Sholer gallery in the Lower East Side is presenting a solo art exhibition by artist Pajtim Osmanaj through October 2. 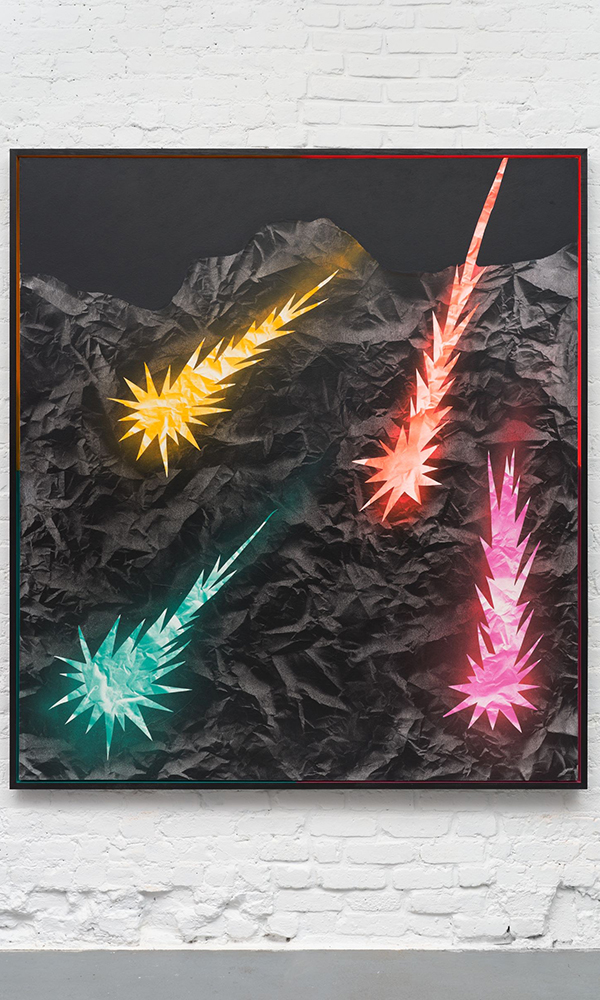 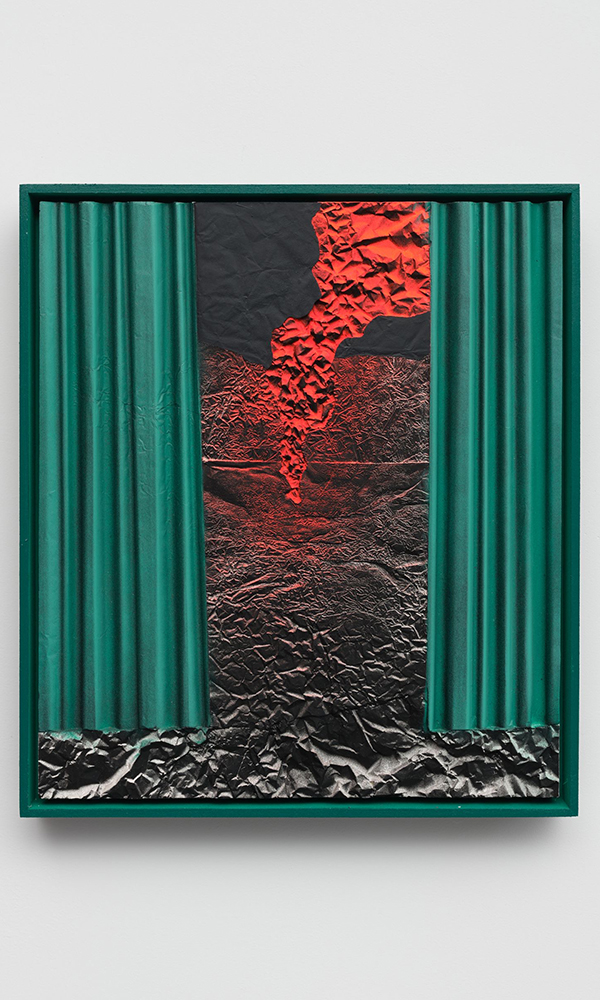 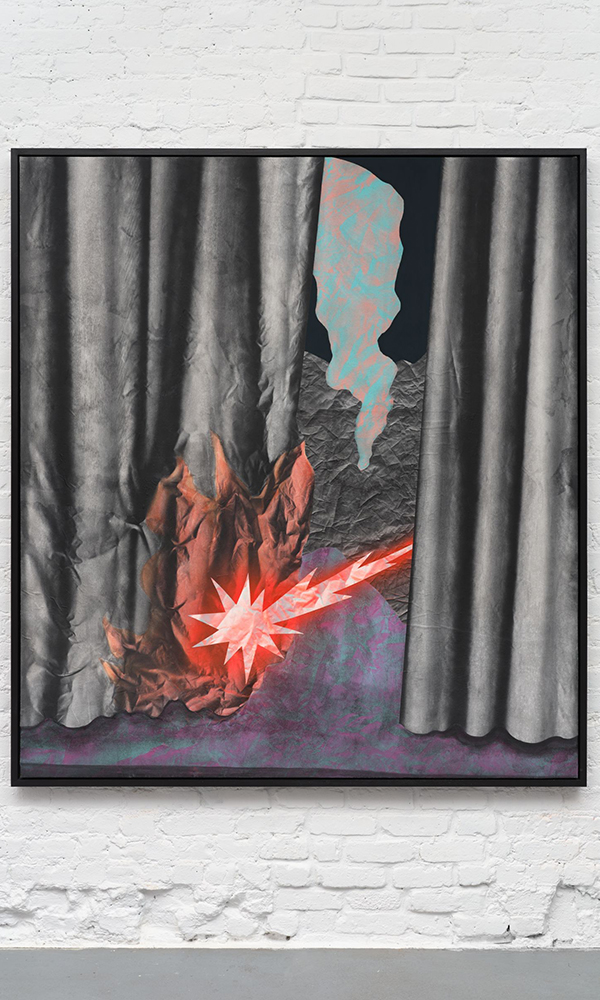 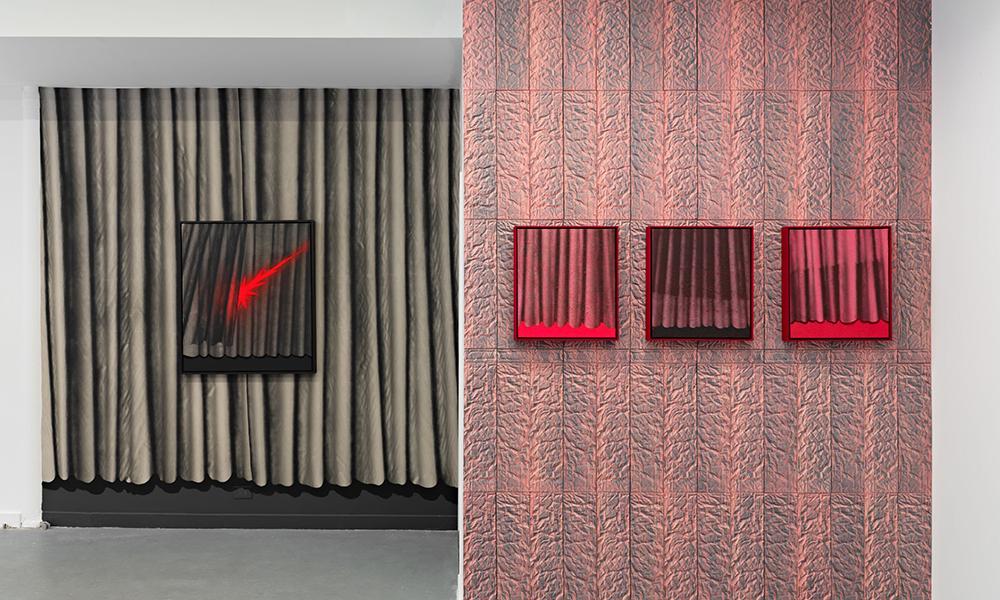 In the foreground, some of Osmanaj's 'Curtains'; in the background, the artist's 'Falling Star.'

When our New York City art correspondent Nicole Ianniello last checked in at the end of August, she had just met up with and interviewed emerging Brooklyn artist Charles Shedden. This time around, follow her down to a hip new art gallery in Manhattan’s Lower East Side for a solo art exhibition, sure to make you “wrinkle” your forehead in deep thought.

With the worst of the pandemic seemingly in the rearview, there’s a new New York City in full bloom. It seems to be expanding and contracting daily, with once empty storefronts giving way to innovative new restaurants, an uptick in foot traffic in every borough, and most importantly—at least for my purposes—new art galleries.

Trotter & Sholer, a Lower East Side gallery launched by Sotheby’s Institute of Art graduates during the pandemic, has become an incubator for both emerging and mid-career artists. So far, T&S has exhibited works by artists AIKO, Martha Cooper, John Fekner and Conrad Stojak in a show, entitled NYisOK: Our New York Times; displayed works by artist Derek Weisberg; and in its latest feat, put on a solo exhibition, The Story of the Evolution of a Falling Star, for up-and-coming artist Pajtim Osmanaj, which runs through October 2.

A native of Kosovo, Osmanaj drew inspiration from his experience growing up in the war-torn republic, watching his uncle, a master painter, and teaching art in his neighborhood. Osmanaj’s uncle would paint an image, give it to him as a gift, and then he’d try to copy it, stroke for stroke, in order to receive feedback from his uncle. This process became part of his artistic journey.

After attending the Kosovo Art Academy, Osmanaj ventured to New York and started working a construction job to support his creative endeavors. It was here that he discovered his unique technique of creating “wrinkles.” As the story goes, Osmanaj showed up at at a construction site to help spray paint ceilings, with a drop cloth covering the floors below. In the act of painting, he began seeing fades and wrinkles in the drop cloth below him, and he took it home. “I’m going to sell them,” he told himself. “For me, it was a spark.”

By accident, Osmanaj had stumbled upon his medium. To him, the “wrinkles” in the drop cloth resembled landscapes, and soon he began incorporating them into an image, adding deeper hues to bring out the wrinkles and folds in the cloth. By simply controlling the folding process himself, it eventually gave way to the illusion of fire, stars, mountains and even window curtains.

Hence, The Story of the Evolution of a Falling Star. The series ignited in Osmanaj memories of the Kosovo War, something he lived through as a young man. Back then, the artist dreamed that he could somehow replace the flashes of light streaking across the night sky with shooting stars, worthy of being wished upon. But as the conflict wore on, he lost hope in one day saving the world, believing that his idealized “wish upon a falling star” had been shattered.

One of the most interesting aspects of his work is those aforementioned curtains, which to him represent comfort. “The curtain is quiet and gives you the idea [that there is] something behind [it],” he says. “Not just thinking about what’s in front of us, but what is also behind us. The falling star is basically going through the curtain as a symbol of different wishes and sparking new ideas which help things move around.”

Unlike most artists who sign their work and let somebody else frame it, Osmanaj creates his own custom frames, which add a sculptural element to his completed paintings. It’s another by-product of his work in construction—but from another lifetime. He used to build houses with his father and uncle. “We had to learn all of these skills,” says Osmanaj. “As an artist, here to survive, I want to have good frames. A frame is a piece [of art].”

Osmanaj’s solo exhibition is being hosted in association with ArtMatic, an art advisory team founded in New York.