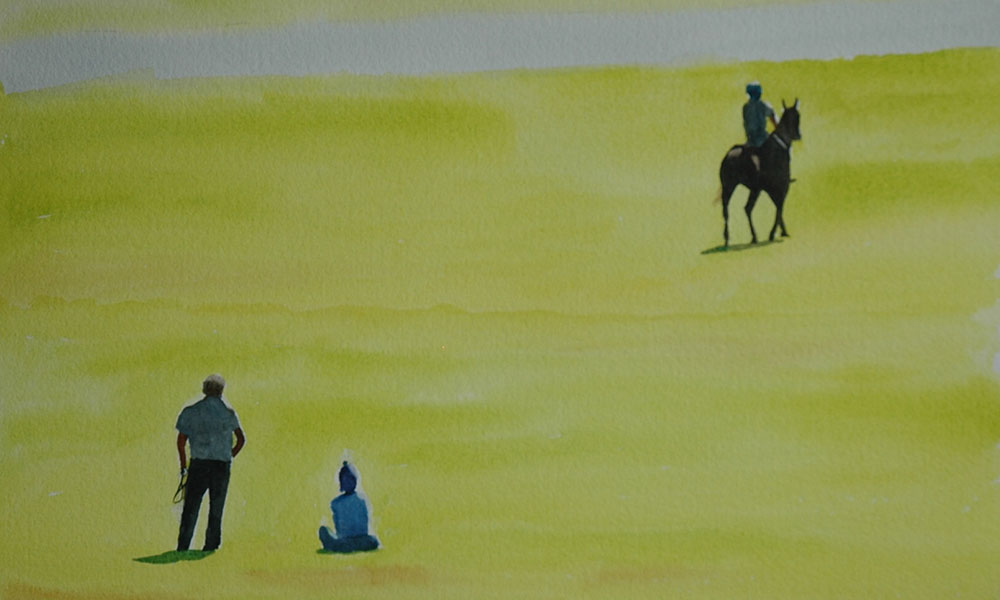 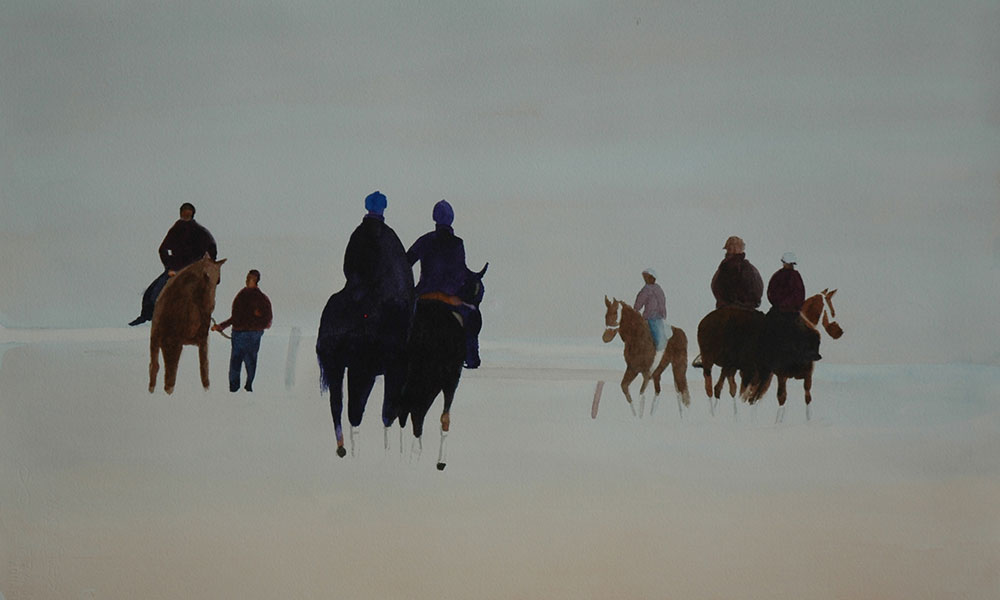 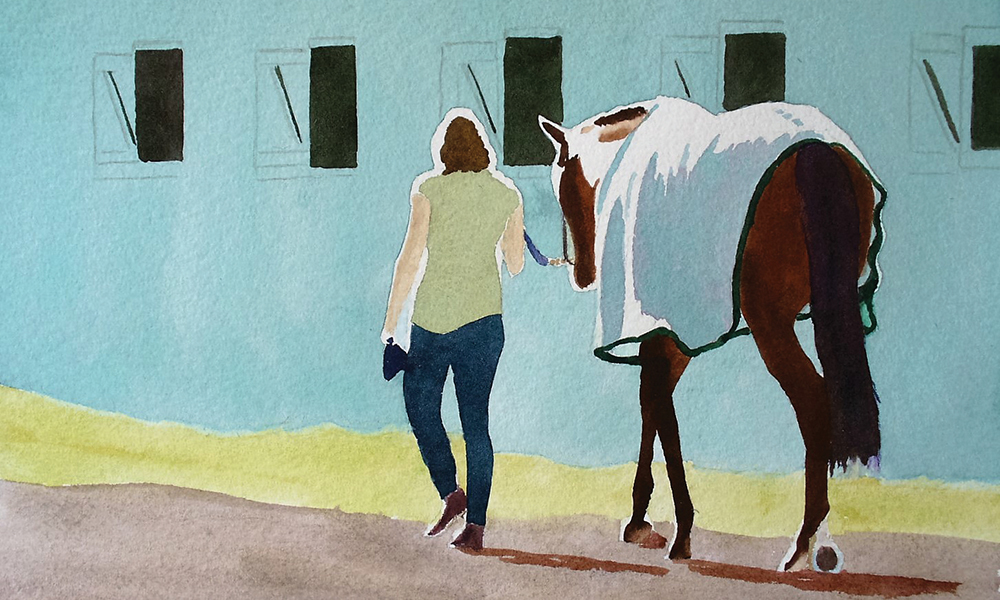 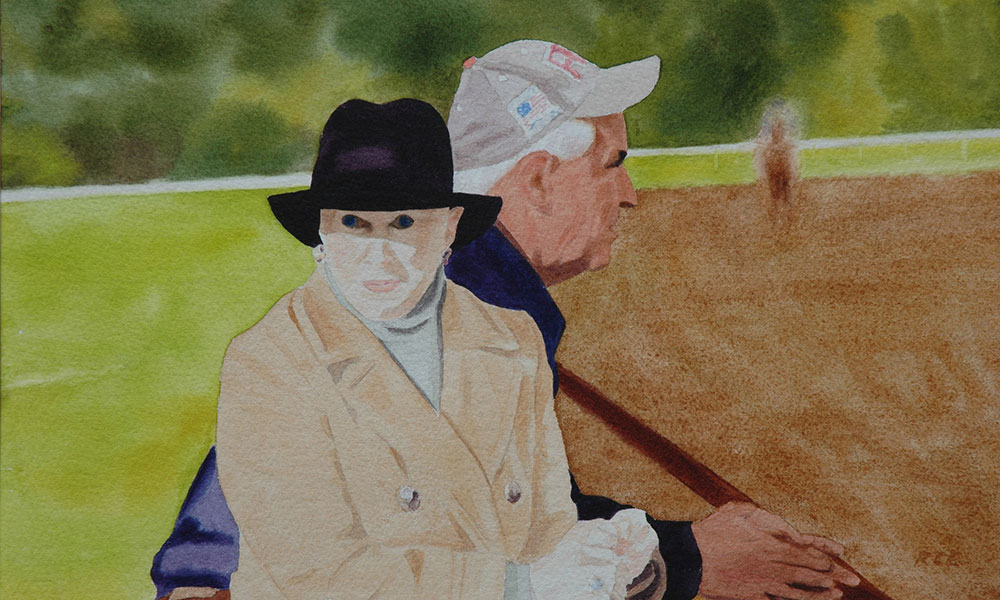 Two decades have passed since I accepted the first of many invitations from artist R.C. “Bob” Ewell and his wife, Barbara, to witness the wonder of early morning workouts at the Oklahoma Training Track from their backyard on Fifth Avenue in Saratoga Springs. That first time, and every time since, I’ve received countless lessons in the fine art of Saratoga backstretch life, sometimes served with a dash of training trivia—like the time Hall of Fame and 2019 Kentucky Derby-winning trainer Bill Mott rescued a runaway horse within clear view of the couple’s patio. Ewell, so inspired by Mott’s “excellent horsemanship skills,” recreated the spirited equine adventure in a watercolor, which was presented to Mott by his staff in 2009.

Ewell has become a master of capturing scenes and personalities seldom seen by those who flock to the glamour and glitz on the other side of Union Avenue. And despite having created nearly 2000 paintings, including many of captivating backstretch stars such as exercise riders Lorna “Queen of Riders” Chavez, Pat “Galloping Granny” Meadows, Maxine Correa and Vicki King, displayed proudly in private homes across the country, the 88-year-old Ewell hasn’t run out of subjects. In fact, on August 2, he’ll be presenting an exhibit, entitled At The Barns, Mostly, at the Saratoga Heritage Area Visitor Center, featuring 40 of his original paintings and including many newly created works. One subject Ewell’s particularly interested in? Hot walking. “It’s an omnipresent occupation,” says the artist. “After many years of seeing this activity, I’m still attracted to it.”

While the painter has a keen eye for backstretch workers, he’s also painted his fair share of Saratoga horse racing heavyweights. In the upcoming exhibit, one such painting features two-time Derby-winner and Hall of Fame trainer Nick Zito on the backstretch with the late Marylou Whitney.

Saratogian Of The Month: The Barber Who Loves Horses