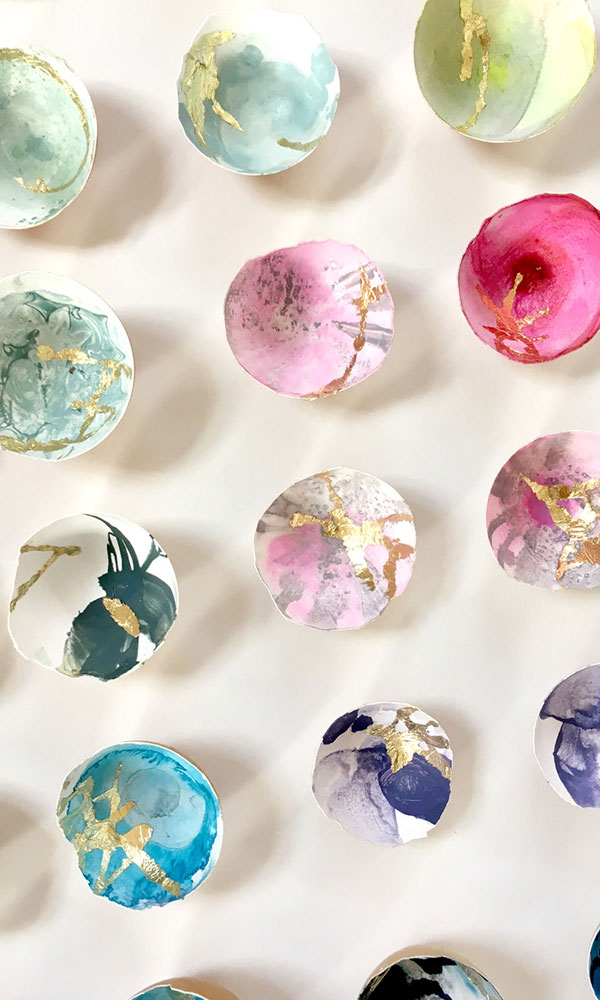 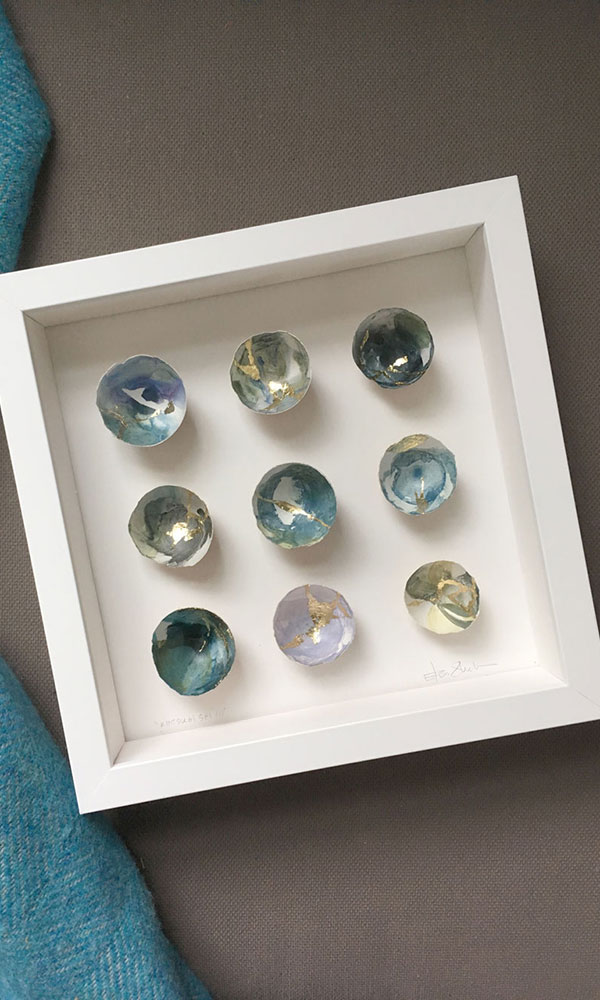 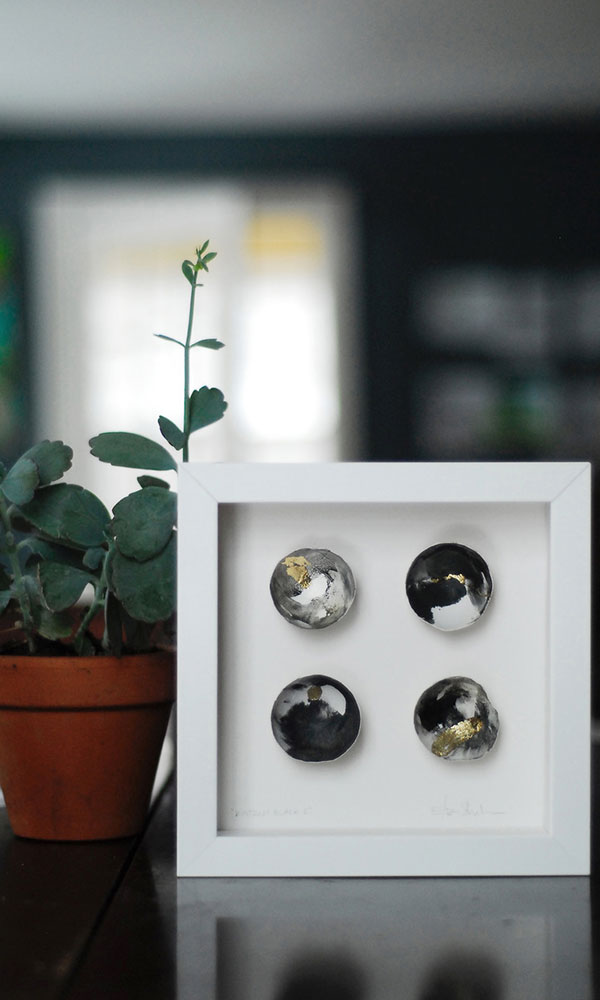 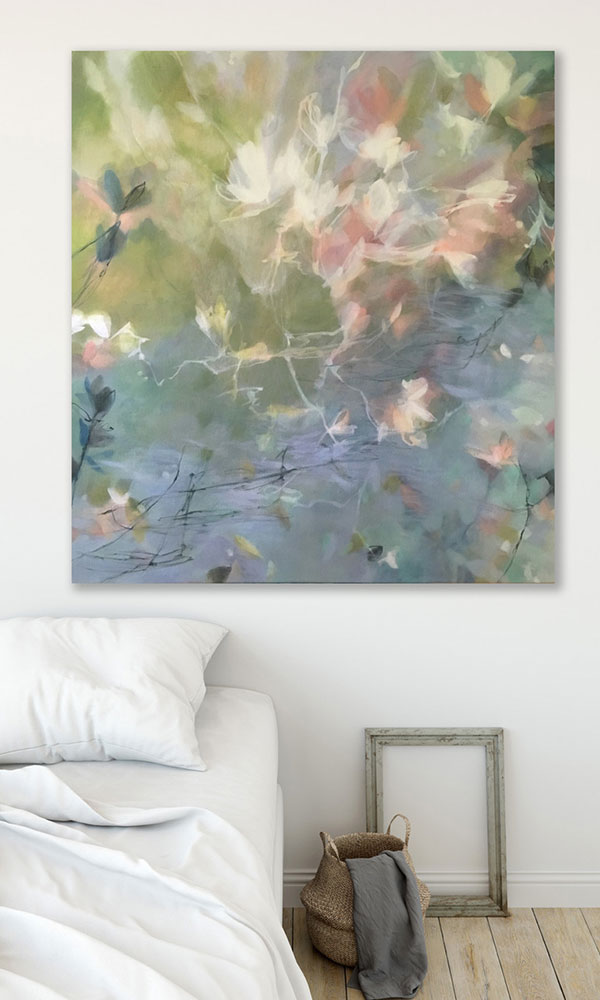 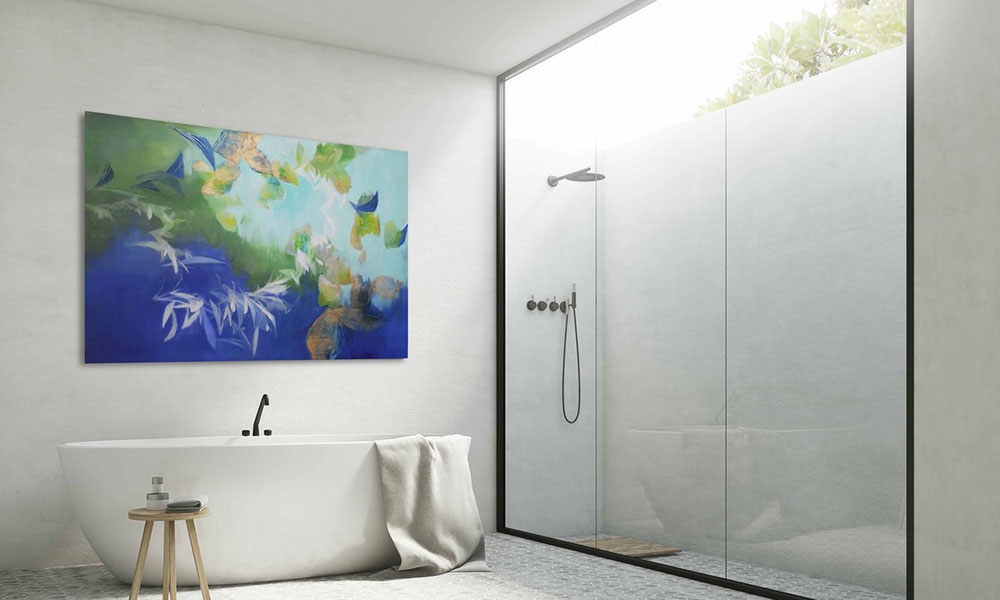 Long relegated to the garbage can or compost pile, eggshells might just be the centerpiece of the next big art craze. Saratoga Springs-based artist, Elisa Sheehan has been taking eggshells and transforming them into incredibly vibrant, zen-like micro-masterpieces for three years now. Arranged in rows and displayed in shadow box frames, Sheehan’s eggshell art has become quite popular, with collectors paying top dollar for her creations. She’s even been featured on Martha Stewart Living‘s website earlier this month and My Modern Met back in February.

“I actually started painting eggshells on a whim,” says Sheehan, who was partly inspired by kintsugi, the Japanese art of repairing broken ceramics with seams of gold that highlight, rather than disguise, cracks and imperfections. One morning in the fall of 2016, Sheehan noticed some eggshells destined for her compost bin. She thought the insides of the shells looked like paper, so she brought them into her home studio. “I started doodling in them without even a real goal in mind, just sort of using them daily as almost a little warmup,” says Sheehan. Soon, the ornate eggshell pieces began to pile up in Sheehan’s home. “They started to form this whole vocabulary of marks and color, almost like little sculptures, and I really wanted to do something with them,” she says. That’s when Sheehan started displaying the detailed and colorful eggshell creations together in deep shadow box frames, which made them easier to display—and sell.

Since then, Sheehan has painstakingly hand-painted hundreds of eggshells, using an incredible palette of colors and media including inks, acrylic paints and gold leaf. Gold is a signature characteristic of both kintsugi and Sheehan’s eggshells, a symbol of brokenness and brittleness in the latter. “I’ve been doing them and selling them steadily over the years, but they just recently caught on with more national attention,” says Sheehan, who closed down her own graphic design studio, Lis Design, in 2017, to focus on painting full-time.

Sheehan’s gamble seems to have paid off. In addition to the recent press and spike in popularity of her painted eggshells, Sheehan also has a big art show planned for June 8, right here in Saratoga. The event is still in the planning stages, but Sheehan says it’ll be a combination garden party, open house and art show at a historic home on North Broadway.

With the momentum behind her eggshell art, you’d expect her to be a one-trick pony. But that’s hardly the case. The artist has also produced vivid and peacefully abstract paintings for hospitals, healthcare facilities and other similar settings. “I get such amazing feedback from people telling me how [my paintings] helped them calm down,” Sheehan says. Currently, she’s in talks with a number of art consultants, looking for custom work in architecture firms and yet more hospitals. Still, Sheehan points out that most of her commissions right now are for her intricate eggshell pieces. “People have just been really taken with them,” she says.

Looks like Sheehan’s, er, cracked the code to artistic success. Her creations, from original artwork to prints and painted eggshells, are available for purchase in her online shop. And if you’re a big fan of breakfast and like to keep things tidy, her studio is always accepting eggshell donations.