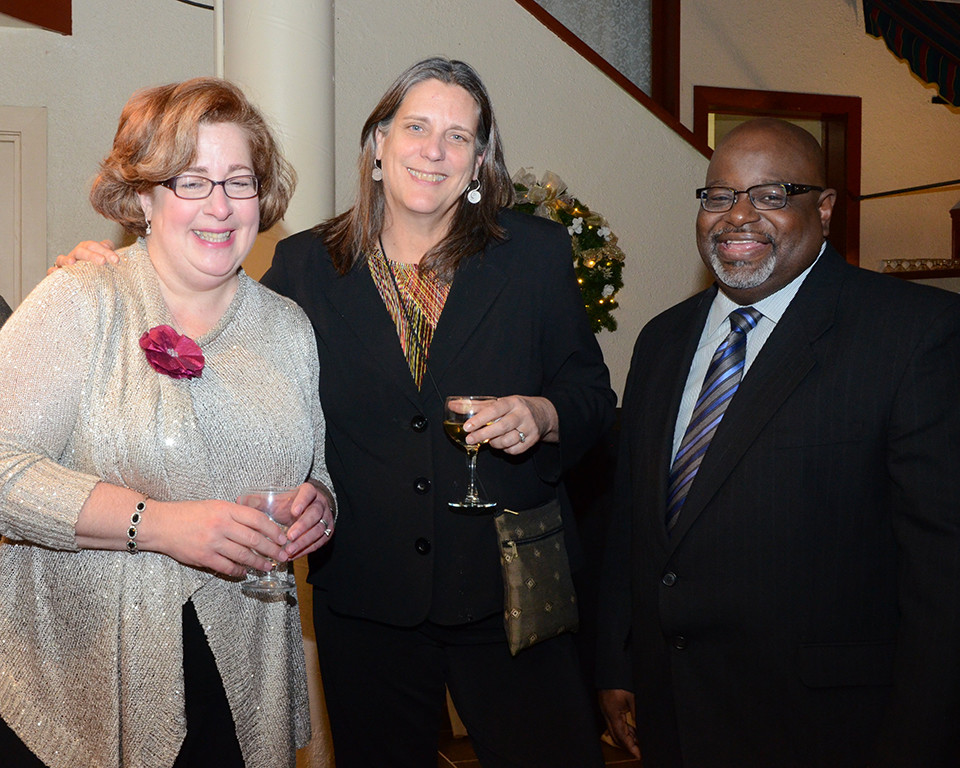 Stacie Mayette Barnes, Lin Whittle, Howard Barnes
Stacie Mayette Barnes has worked behind the scenes and as general manager of Home Made Theater for nearly two decades. At “Saratoga Arts’ Soiree: A Night Celebrating the Arts” on Dec. 3 at Longfellows, she was the star of the show.

“A hero and champion of community theater,” Barnes was honored with Saratoga Arts’ second annual Community Arts Achievement Award. “For over 18 years, Stacie has acted on the belief that theatrical arts have the ability to entertain, educate and enrich the lives of all.”

Saratoga Arts director Joel Reed said Home Made Theater is “such a strong and vital community theater” because of Barnes. “To have a strong theater is such an important part of any community. With actors, workers, designers, it’s just a central institution for the arts.”

Kate Morris, volunteer coordinator, called Stacie “the ghost light in a theater that is never left dark.” Barnes was thankful, funny, then teary eyed as she accepted the award. “Our community is rich with arts organizations,” she said. “It takes the work of so many people to create the magic of live theater… nearly 200 volunteers each year.” Starting in January 1985, just out of college, she went from sweeping the stage to finding props to being stage manager under general manager Susan Miller and director Jonathan Foster. When Miller left in 1995, Barnes took her place.

Dee Sarno, longtime director of the Saratoga Arts Council, as it was then called, and Anne Carlisto attended, as did James Kettlewell, art historian and retired Skidmore professor.

Elizabeth Woodbury Kasius & Heard performed by the indoor pond at Longfellows, where guests perused the koi fish as they waited at the bar under festive holiday lights.

Here, It's a Wonderful Life