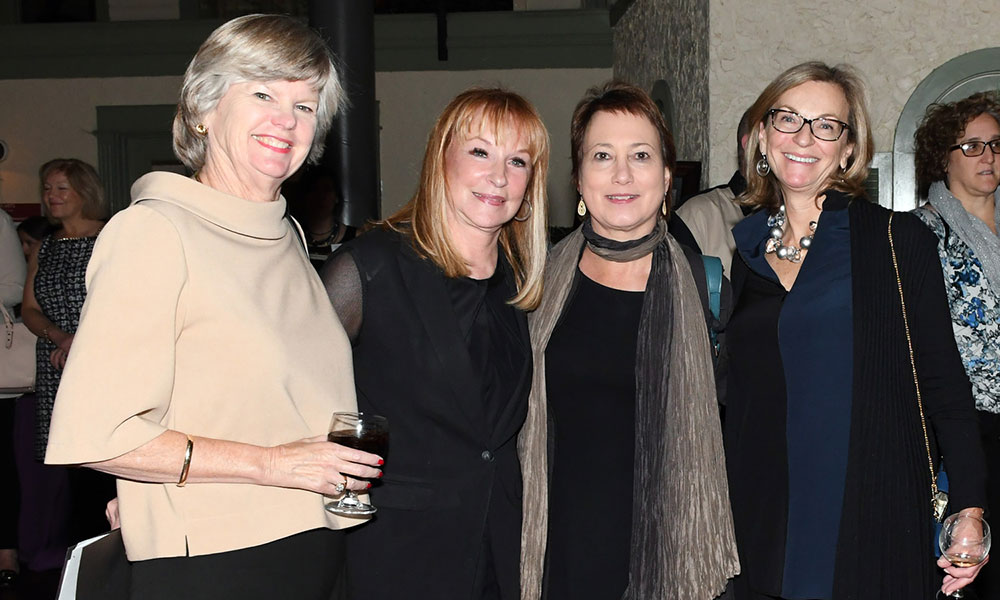 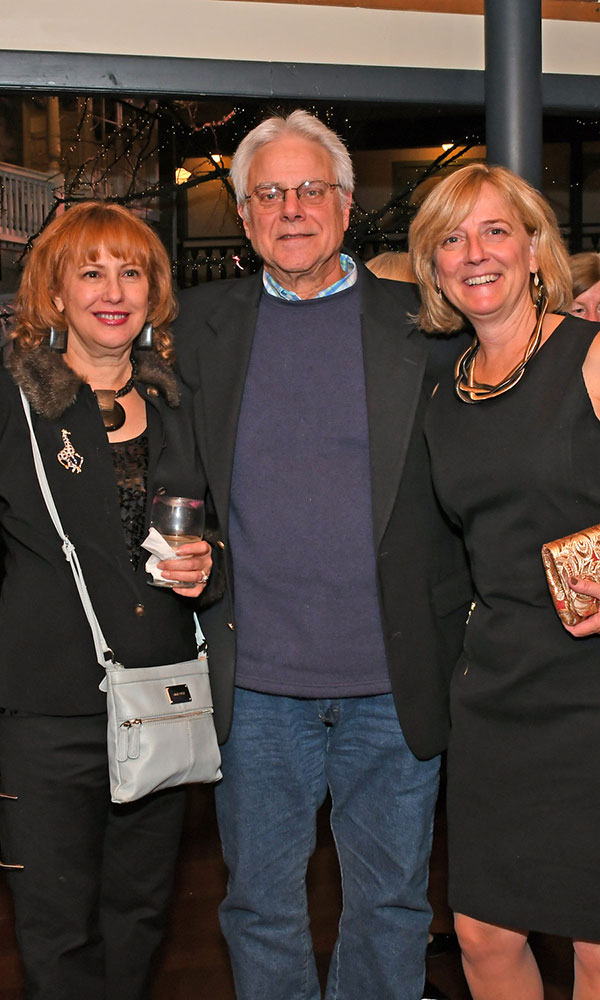 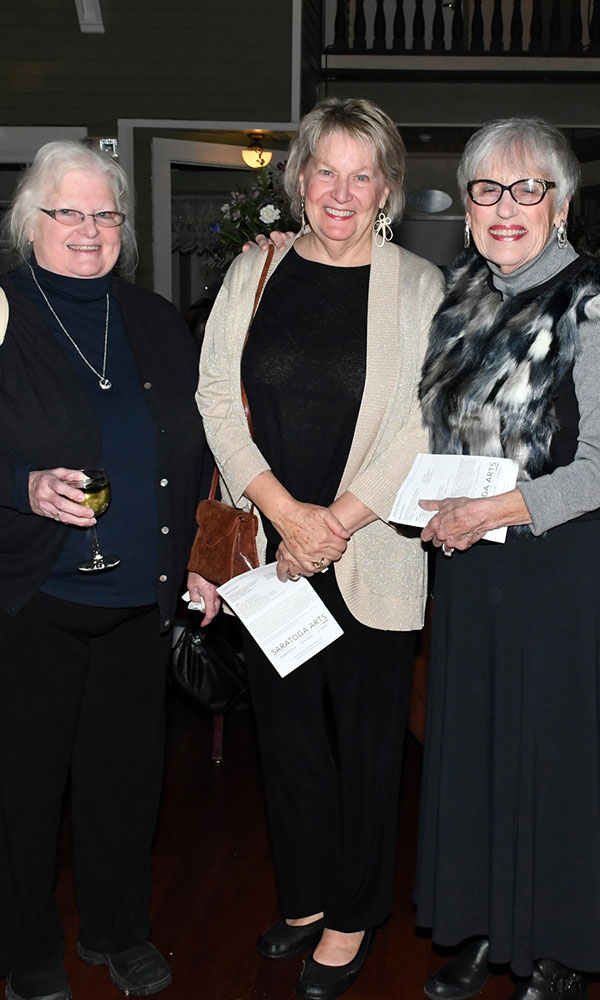 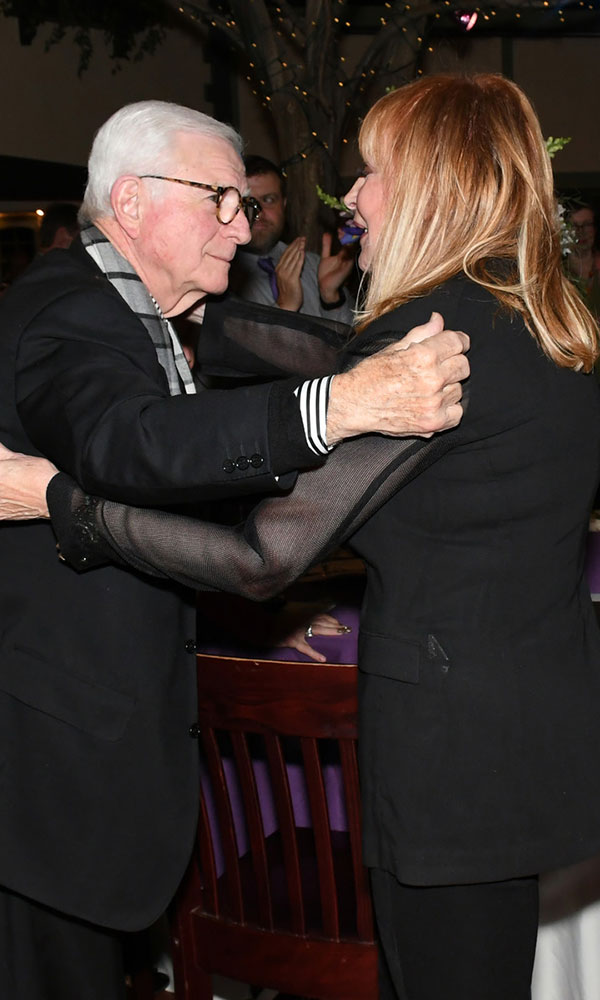 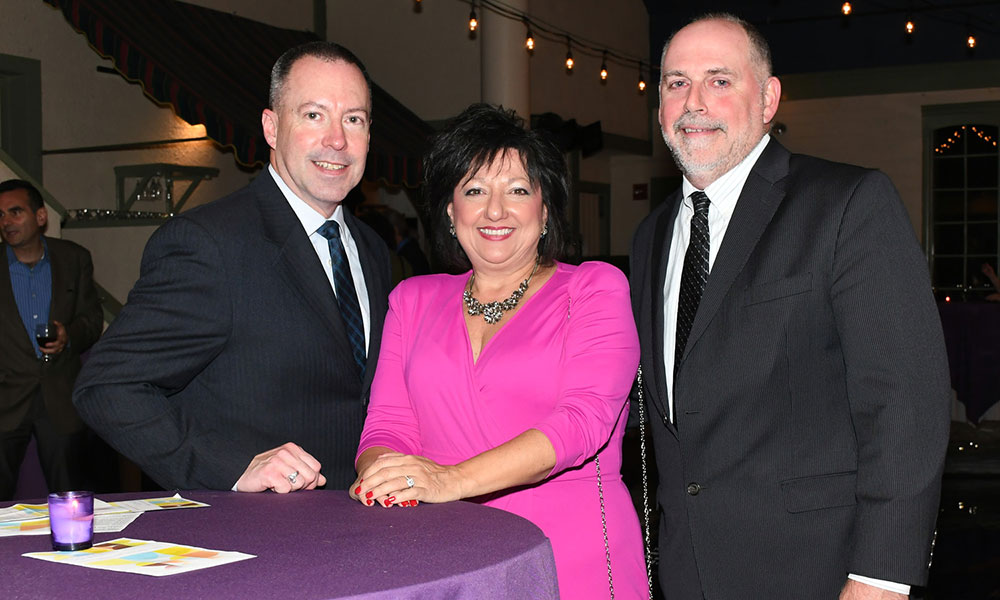 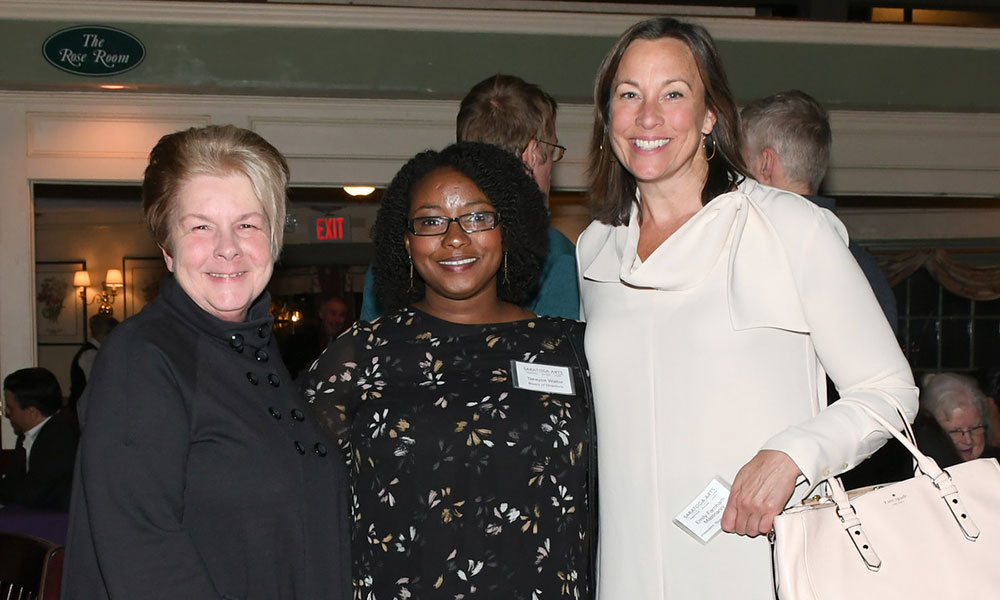 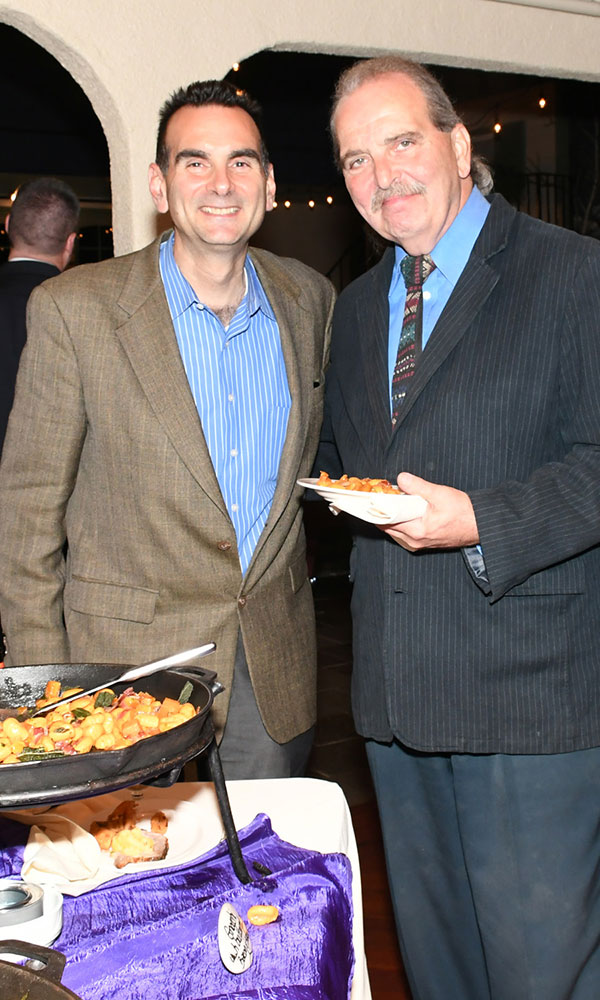 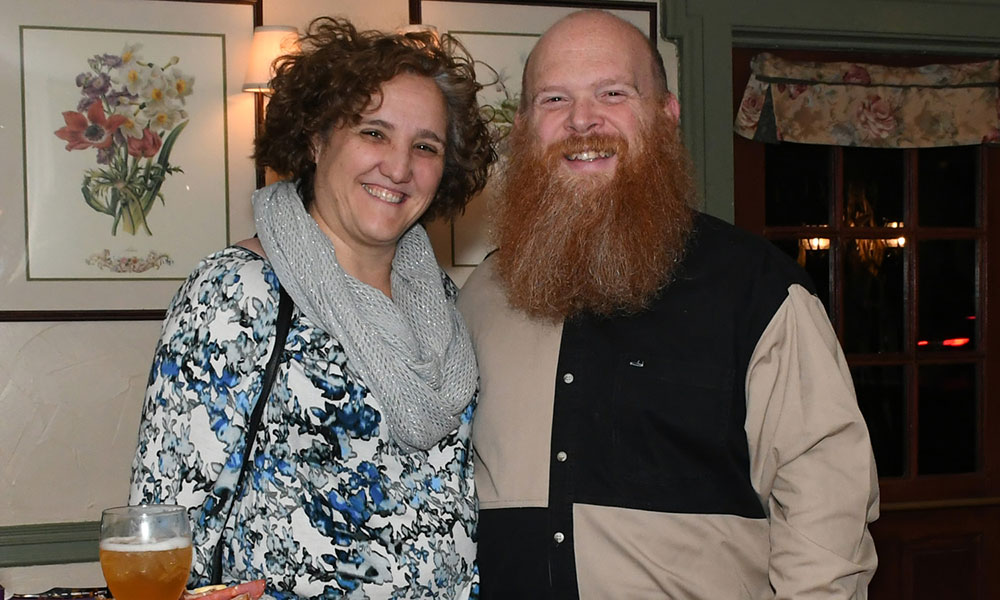 As she accepted the 6th Annual Community Arts Leadership Award, after a decade at the helm of SPAC, White told the crowd of 125: “Martin Luther King didn’t say ‘I have a plan.’ He said ‘I have a dream.’ And that’s where it starts… Arts have a profound effect on the health of a community. Arts can bring us light in a dark time.”

Assemblywoman Carrier Woerner praised White for not only keeping the New York City Ballet coming to Saratoga, “but you expanded our aperture, bringing us the Bolshoi Ballet and Lincoln Center Chamber Orchestra. Your management skills ensured that SPAC not only survived, but thrived.”

Elizabeth Sobol, White’s successor at SPAC, was among the guests, who grazed on pumpkin gnocchi, almond-roasted Brussels sprouts, and goat-cheese and date rumaki, while enjoying jazz standards with the OMS Trio.

Along with an inaugural raffle of SPAC tickets, the silent auction featured not only fun getaways — such as a Lake Placid condo weekend for eight, and day of sailing with Captain Bob Allen — but also (naturally) art. “Isis,” a drawing by Ralph Caputo; “The Adelphi at Night,” a pastel by Carolyn Justin; and “The Last Light,” an oil by by Takeyce Walter, were offered.

Walter, a board member, also teaches at the center. “They are bringing art to the community; the summer day arts camp creates opportunities for children who might not otherwise be exposed to art,” said Walter, who teaches retired learners, too. “It’s an honor to work with these people returning to their love for art, after being steered away from it to a more practical career.”

Founding director Dolores “Dee” Sarno, last year’s “Leadership” awardee, said she is thrilled to witness how the organization has blossomed since 1986, when the center moved into ‘the old library’ on Broadway.

Saratoga is seen as an arts mecca, “but SPAC is the jewel in our crown,” said Joel Reed, Saratoga Arts director. “Lucky non-profits get the leadership they need at the time that they need it — leaders who will respond to the ever-changing environment of the arts. Marcia has been a model to us all.”