One source of the controversy regarding Saratoga’s governmental structure is the fact that, in the grand scheme of things, it’s relatively rare. Only three percent of US cities use a commission form of government, in which voters elect multiple commissioners—each of whom are responsible for a specific city department and one of whom is designated “mayor”—to a small governing board. The commissioners, who are elected every two years, also constitute the legislative body of the government.

Cities in New York That Have a Commission Form of Government

Of the 30 most populous cities in the US, Portland, OR (No. 29), is the only major city with a commission form of government. 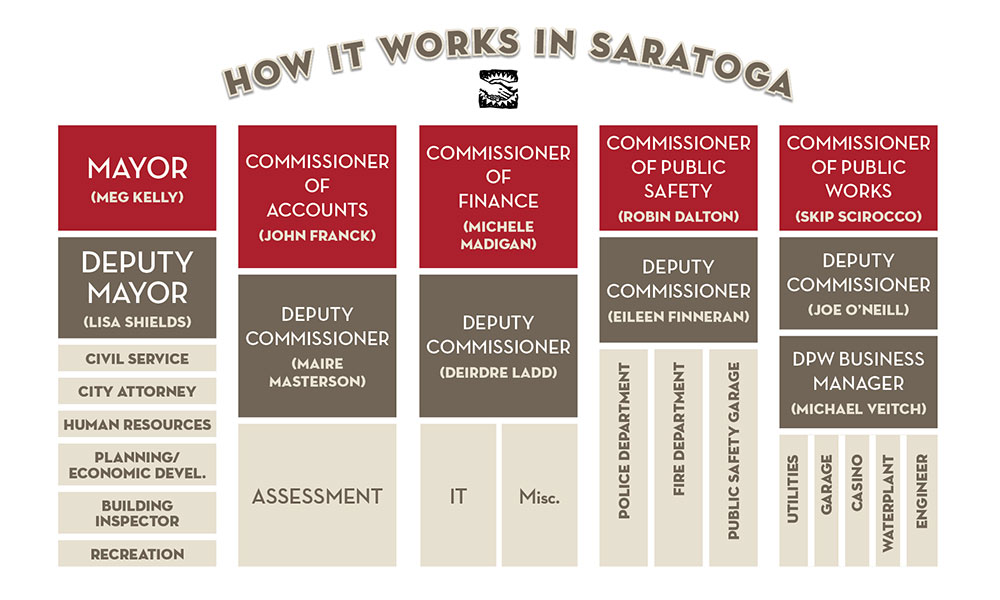 The seeds of Saratoga’s governing style were planted more than 1,800 miles away in Texas. Originally called the Galveston Plan, the commission form of government debuted in Galveston, TX, following a devastating hurricane there in 1900. In the aftermath of the natural disaster, a commission was appointed to govern Galveston while it was being rebuilt, and eventually, the commissioners came to be elected by popular vote, instead of being appointed. The new form of government spread in popularity across Texas, and then the rest of the country between 1907 and 1920, during which 500 cities, including Saratoga, adopted it.

Panel: Saratogians Weigh in on the Movies, TV Shows, Books and Games Getting Them Through COVID

Whiskey for the Win: Seneca Bartender Nick Caswell Offers Up a Trio of 'Quarantini' Recipes