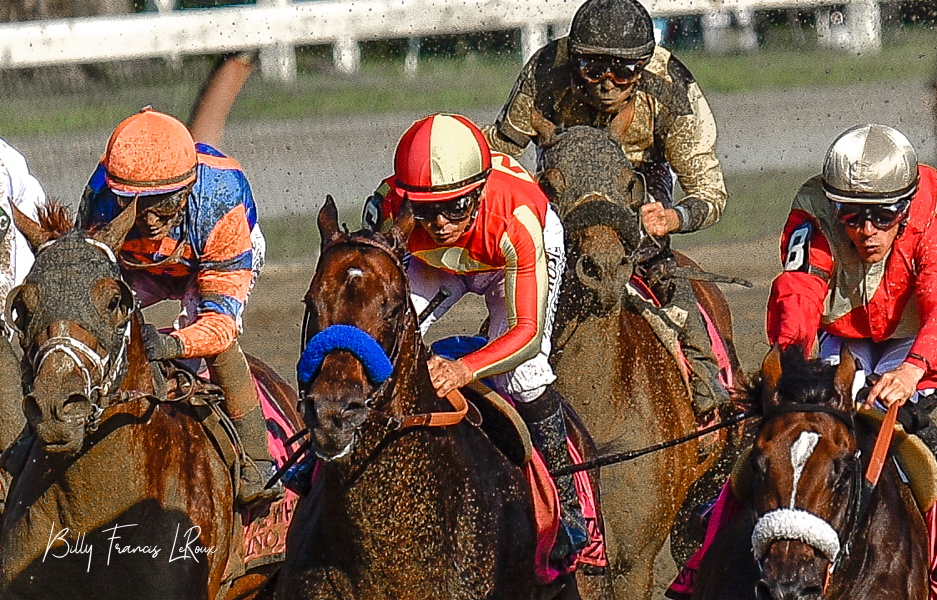 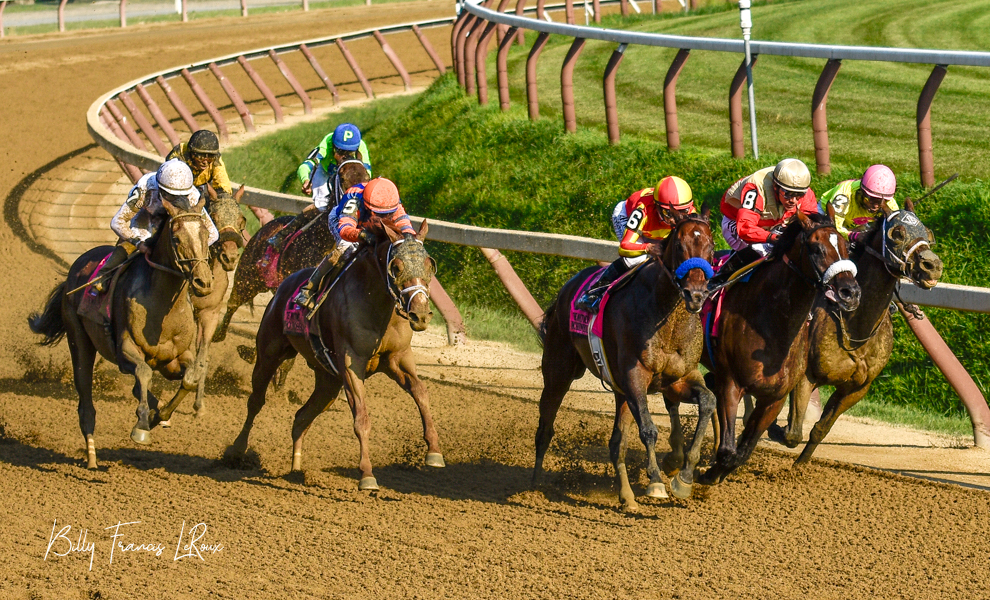 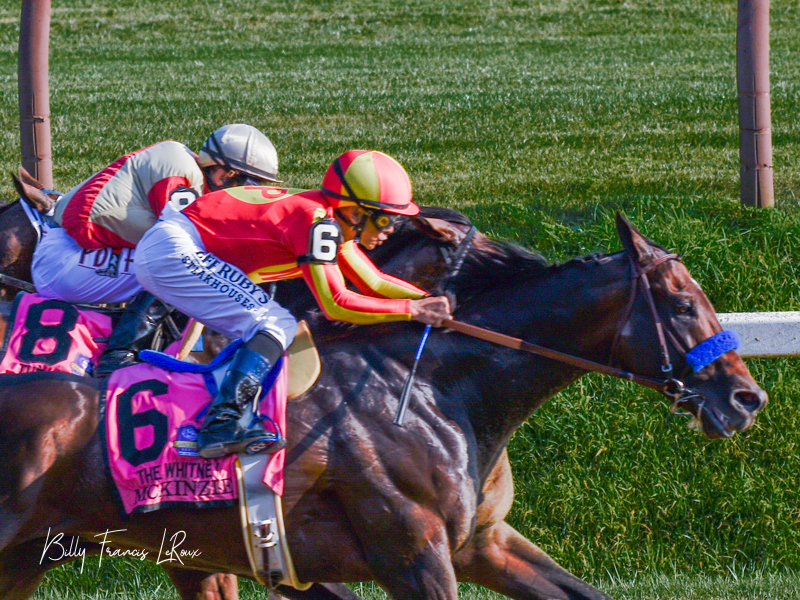 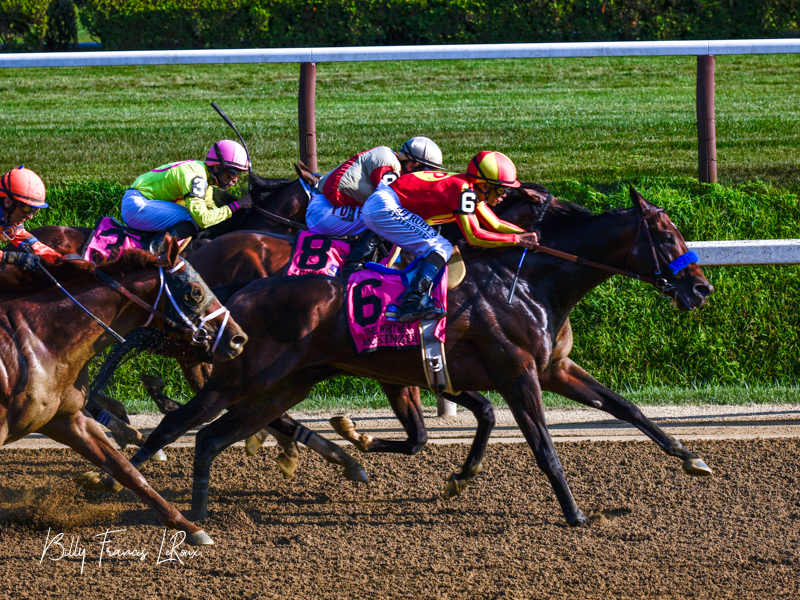 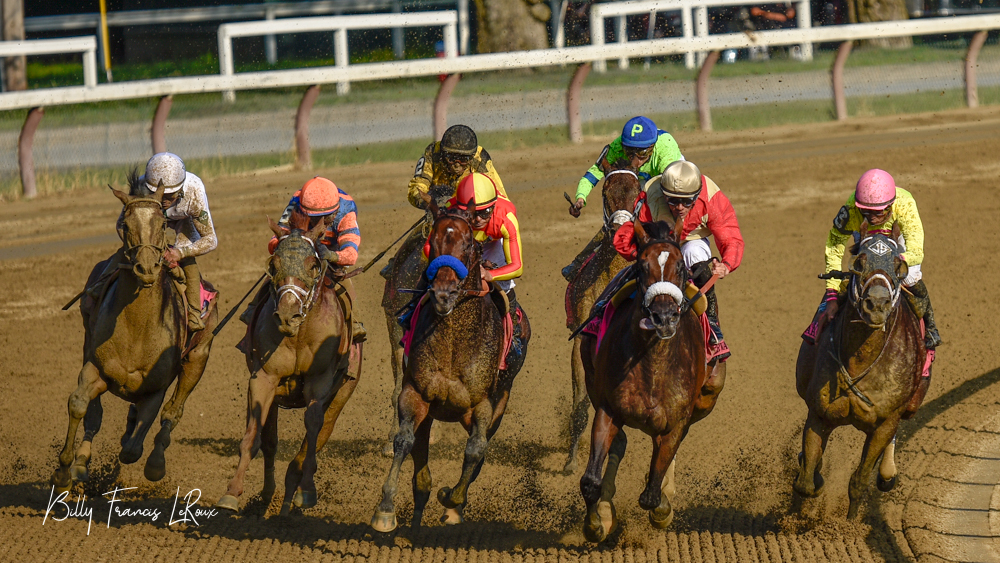 While McKinzie, Preservationist and Monongahela battle for the lead on the rail, Yoshida and Vino Rosso take aim at the leaders. (Billy Francis LeRoux)

While McKinzie, Preservationist and Monongahela battle for the lead on the rail, Yoshida and Vino Rosso take aim at the leaders. (Billy Francis LeRoux) 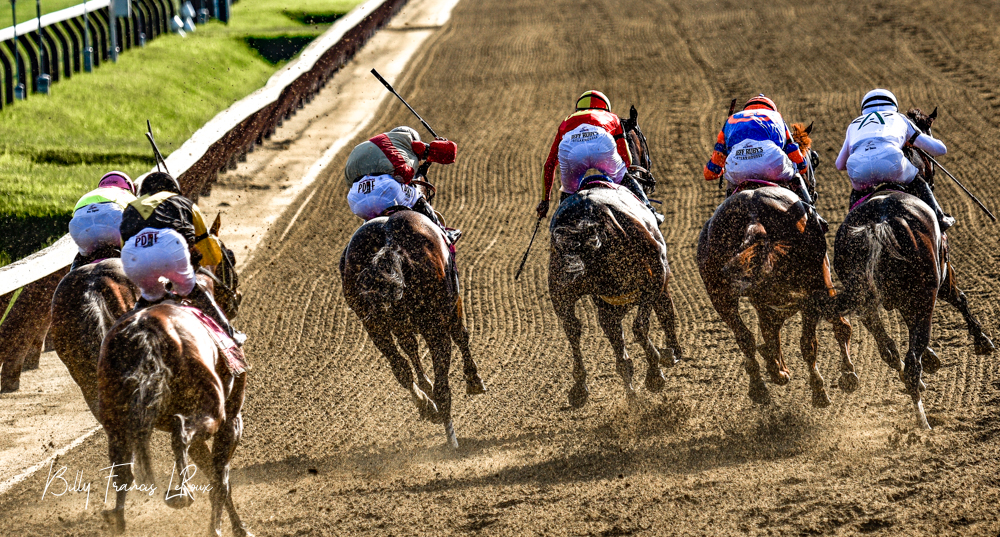 The entire field turns for home in The Whitney Stakes. (Billy Francis LeRoux)

On Saturday, August 3, the Saratoga Springs community remembered the late Marylou Whitney and honored her legacy at the Whitney Stakes, the 92nd running of the historic race and the first since Whitney’s passing. The Bob Baffert-trained McKinzie, ridden by jockey Mike Smith, came out on top of the Grade 1, $1 million race.

This year, the Whitney Stakes wasn’t just about the race, though. To honor Whitney, Governor Andrew Cuomo, who was at Saratoga Race Course for the first time since becoming governor, announced plans to build the Marylou Whitney Pavilion, a hospitality center for backstretch employees. He also announced that August 3 has been officially named Marylou Whitney Day. The day before, Whitney was posthumously inducted into the National Museum of Racing and Hall of Fame in the Pillars of the Turf category.

saratoga living staff photographer Billy Fracis LeRoux was one of those in attendance Saturday, and, per usual, nabbed a stunning collection of photos from one of Saratoga’s most important races. Be sure to click through the gallery above to see his shots.

Olivia Mendlinger is an editorial assistant at saratoga living.