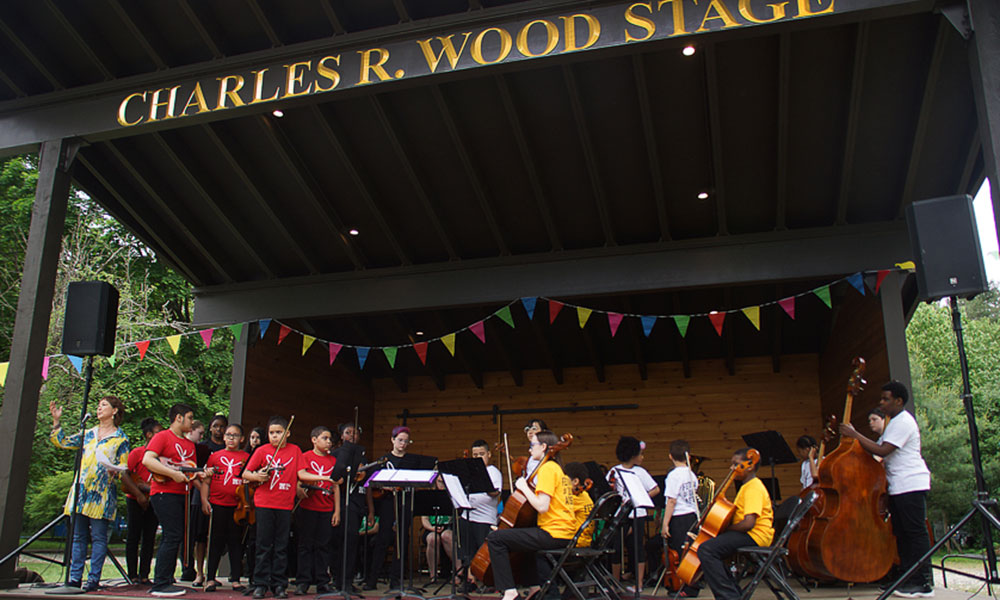 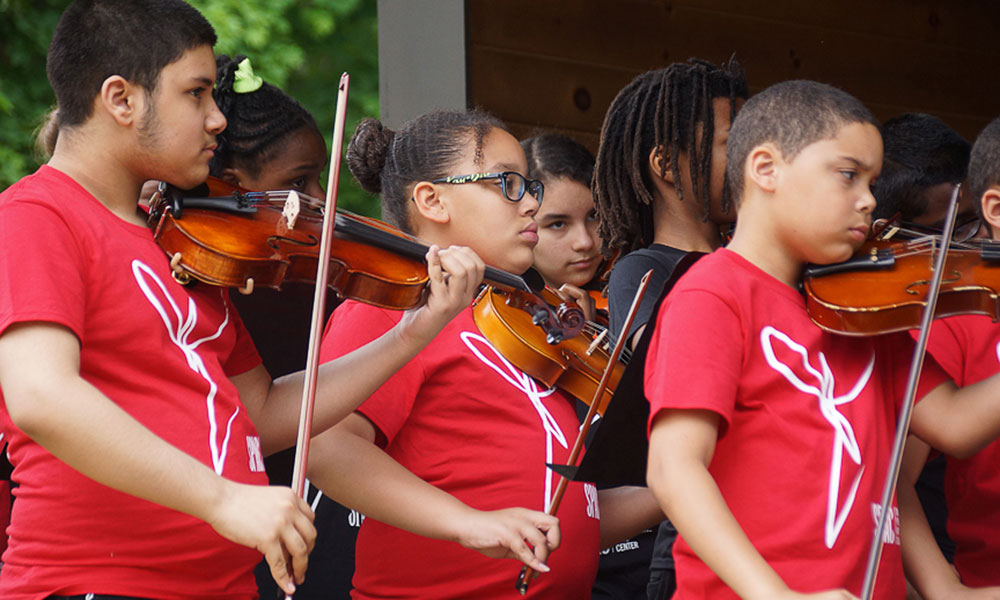 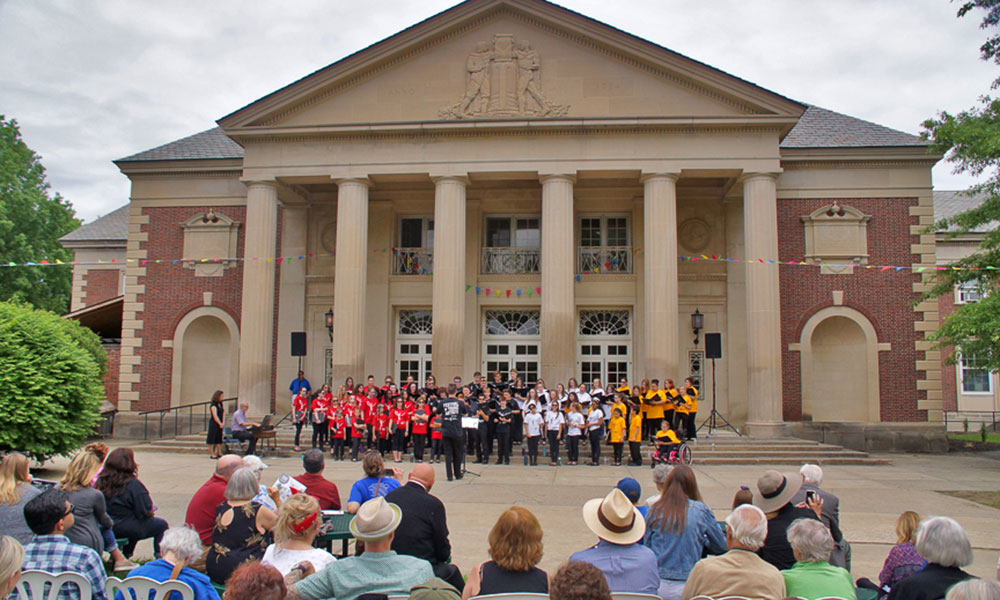 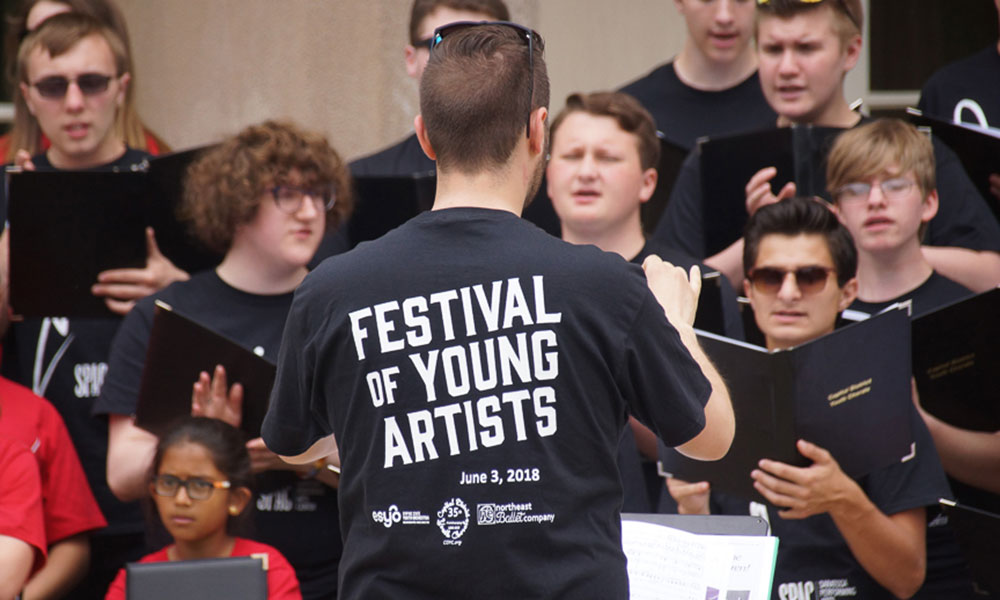 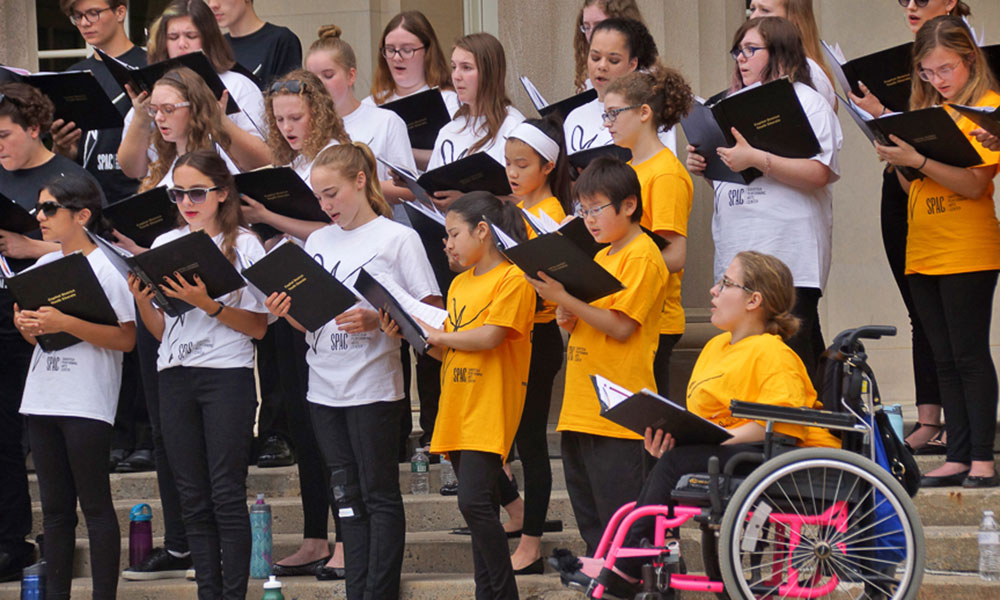 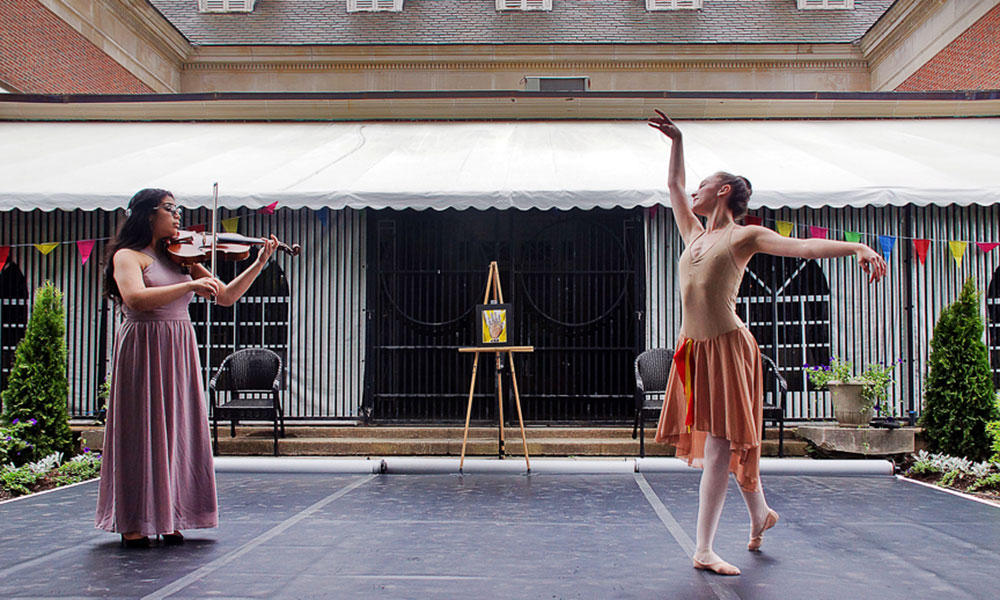 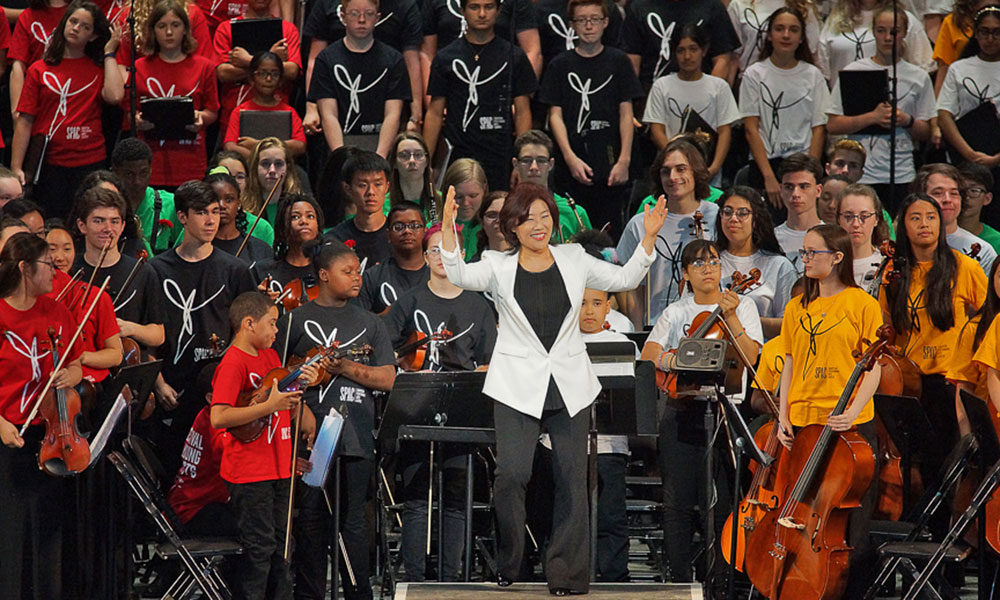 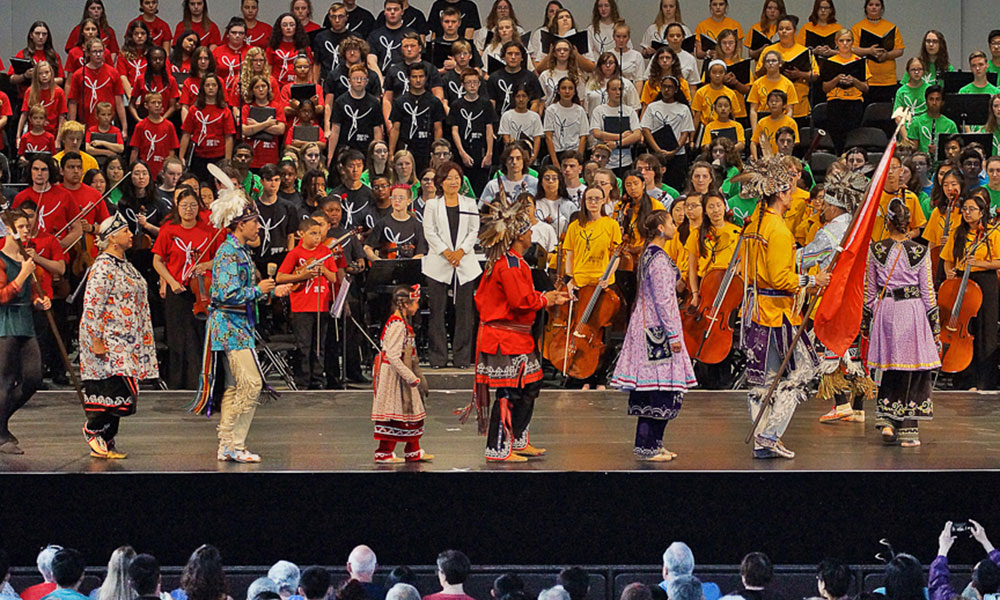 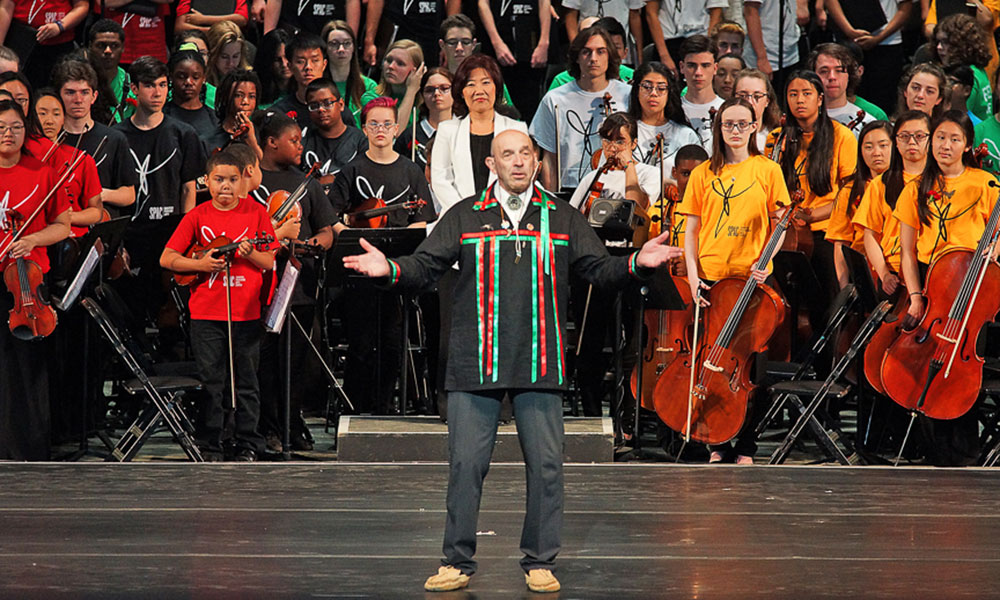 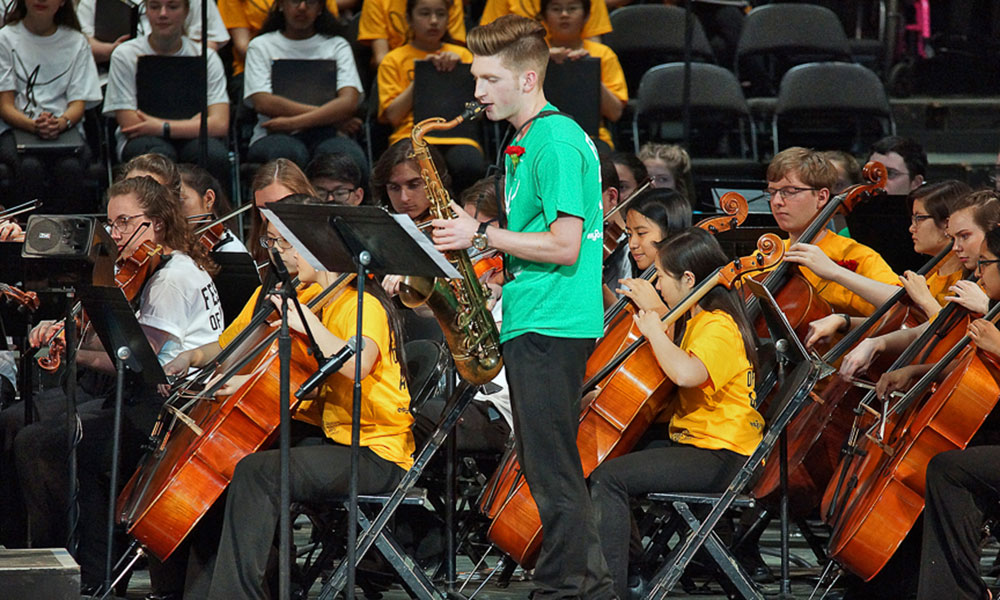 Members of the Capital District Youth Chorale performing on the steps of the Spa Little Theater. (Lawrence White)

Lawrence White has been a professional photographer for more than four decades. In that period of time, his work has been published in Time magazine, Rolling Stone, Vogue and The New York Times, among others. He also won an American Film Institute award in 1994 and a New York Press Association award for his images of the 9/11 terrorist attacks in NYC.