If you’re like my family, now that Thanksgiving is over, you’re on the hunt for a Christmas tree. Whether you opt for a real tree (who doesn’t love that fresh pine scent) or a fake one (fewer pine needles to sweep up), we can all agree that nothing beats the cozy feeling of curling up by the fireplace next to a lit Christmas tree. Now, imagine that feeling multiplied by 250. That’s what’s in store for the weekend, as the annual Saratoga Festival of Trees takes over the Saratoga City Center with a weekend of wonderful holiday fun and hundreds of beautiful Christmas trees.

The Saratoga Festival of Trees kicked off Wednesday, November 28 with an evening preview reception where guests were able to get a sneak peek at the twinkling trees, wreaths, center pieces and other holiday items available for purchase this year. Price for admission is normally $8, but for those participating in the 32nd Annual Victorian Streetwalk through Downtown Saratoga from 6-10pm Thursday night (the Streetwalk is the official kickoff to the Christmas season here in Saratoga), admission to the Festival of Trees is only $3. And Saturday, December 1 is Family Day at The Festival of Trees, with multiple seatings for Breakfast with Santa in addition to a festive lunch seating of Sundaes with Santa. Guests who arrive between 8am-2pm Saturday will also be able to visit Santa’s Workshop for a full array of kid-fun activities such as cookie decorating, face painting, nail polishing, Christmas craft making and much more! 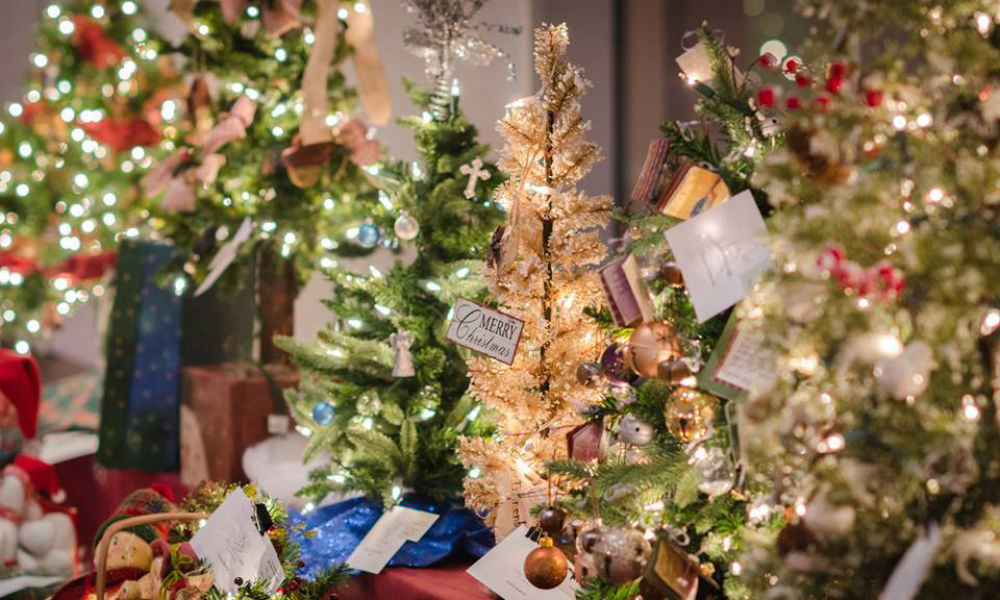 Now in its 23rd year, the Saratoga Festival of Trees runs from November 28 to December 2 (Wednesday through Sunday) and serves as the main fundraiser for Catholic Charities of Saratoga, Warren and Washington Counties, which provides programs and services to poor communities in the tri-county area. “One of our board members had seen a festival of trees in the Midwest somewhere,” says Sister Charla Commins, Executive Director of Catholic Charities. “Nonprofits are always looking for ways of raising discretionary funding, so she suggested that we give a tree festival a try. We budgeted for a $10,000 profit the first year, and we made $21,000.” Currently, with its many sponsors and hundreds of volunteers, the five-day festival pulls in around $100,000. Be sure to check it out this weekend, along with these other great events in the Saratoga area.