I may have been a little late to the Friends party—I was born after the hit comedy debuted in 1994—but now, 24 years later, I’m basically its hostess. Sure, my love affair with Ross, Rachel, Monica, Phoebe, Chandler and Joey had a slight hiccup when my mom banned me from watching it with my older sister after I told her (when I was seven) that Ross got stuck in his leather pants in a woman’s bathroom in a rerun of “The One With All the Resolutions.” But when I was couch-ridden after knee surgery in high school, I made up for it, watching every episode in order. When you’ve spent so much time watching a show, it’s inevitable that you’ll start finding connections between it and your daily life (What Friends lover can resist yelling “PIVOT!” when moving a piece of furniture? See infographic). Here are some connections the saratoga living team found between Friends and its world and our own hometown of Saratoga Springs. 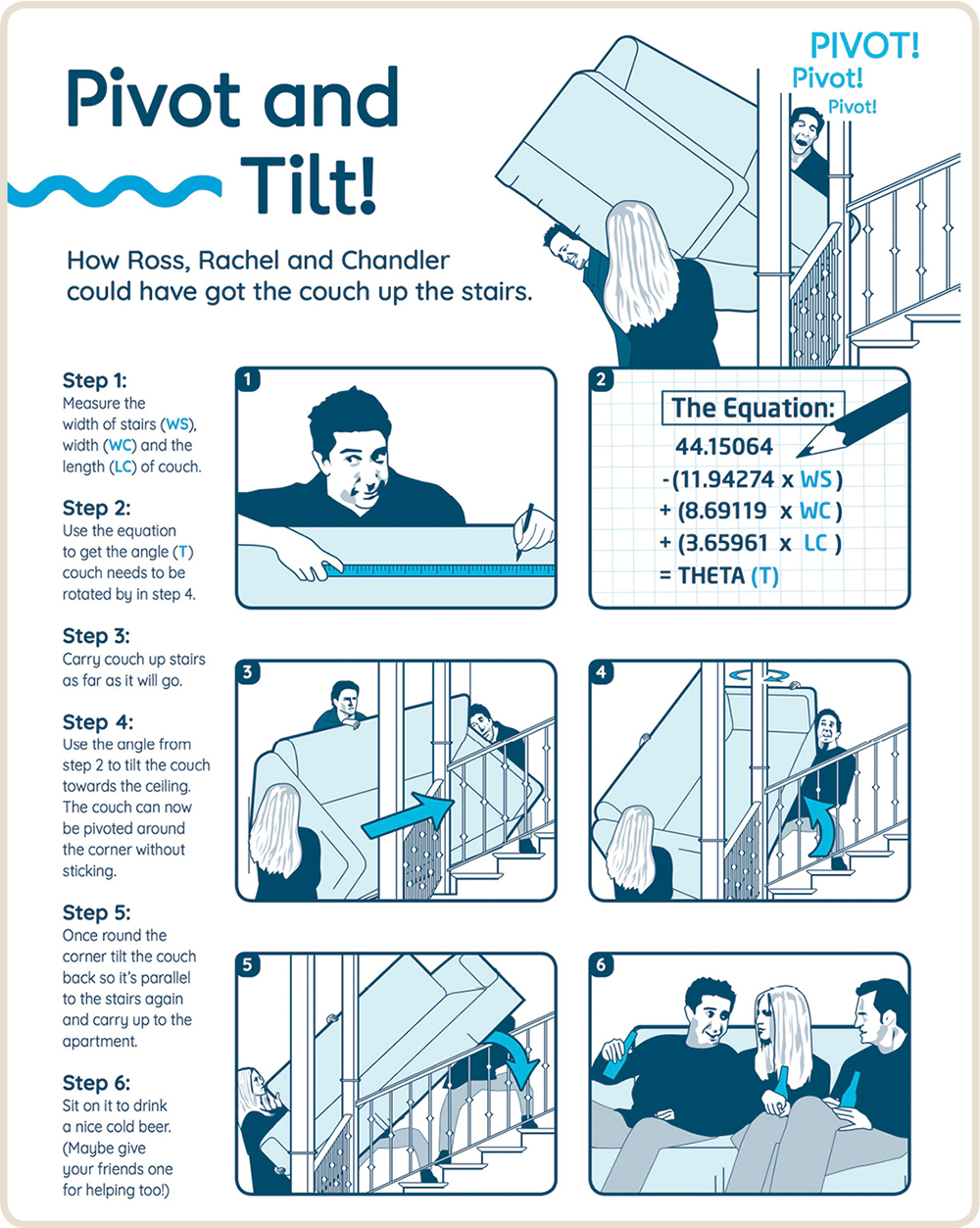 It’s the final episode of the final season of Friends. The gang walks out of Monica’s apartment for the last time, and the camera pans around the empty space, landing on the framed peephole on the purple door. The screen fades to black, and the names of the executive producers appear: David Crane, Marta Kauffman and Kevin S. Bright. These are the three people I have to thank for one of the greatest shows in TV history—and countless hours of binge-watching enjoyment. And one of them also gets props for his work on behalf of one of the Capital Region’s most noble causes.

Since October 2017, Bright has served as a member of the Board of Directors at Ballston Spa’s Gateway House Of Peace, a donor-driven, nonprofit community support home for end-of-life care. His decision to join the Board was sparked by a meeting with a 35-year-old Gateway House patient—and Friends fanatic. (The face-to-face was arranged by Bright’s sister-in-law, Patti Veitch, who’s also on the board.) “She was at peace and was very grateful for the way Gateway House was able to bring her home,” Bright said of the meeting. The TV exec summers in Greenfield Center, where his wife grew up.

Gateway House’s mission is “dedicated to providing a safe, comfortable, caring residence for terminally ill patients.” I don’t know about you, but to me that sounds a lot like the Friends theme: “I’ll be there for you.”

Central Perk/Uncommon Grounds: The Face Off 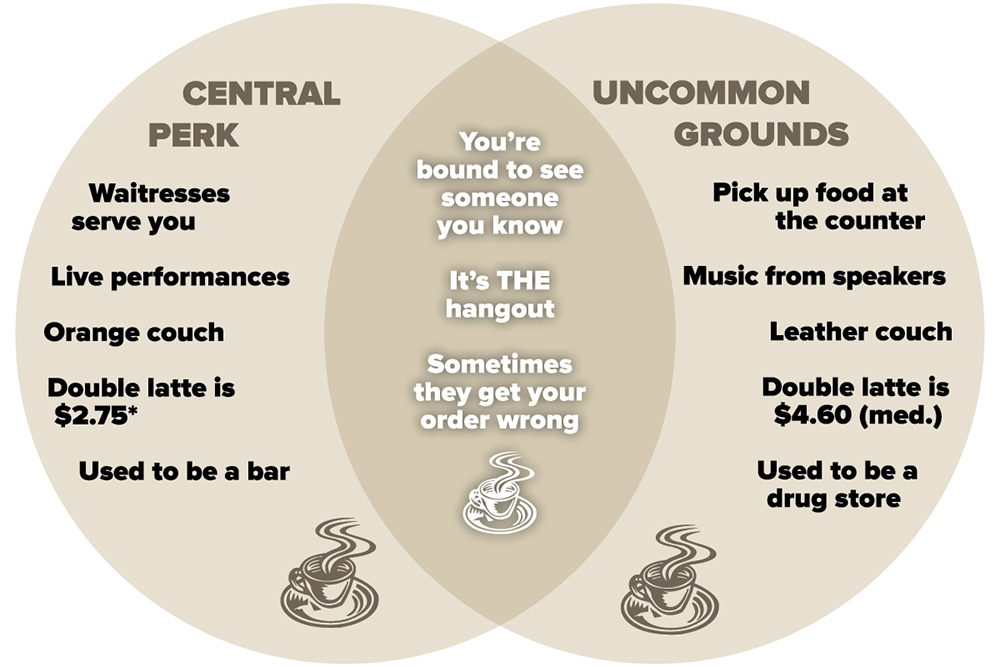 *Due to cost of living adjustments, the double latte that cost $2.75 in 2000, when the
episode that mentioned it originally aired, would cost $4.04 today.

• In the 2018 “I Do!” Issue of saratoga living, I featured Aniston’s wedding dress from the Friends’ pilot episode in one of my first features in the magazine.

• On Friends: The One With All The Party Music, a six-track CD sampler released in 2004, the fifth track is The Lemonheads’ “Into Your Arms.” The band’s frontman, Evan Dando, attended Skidmore , too.

• On October 27-28, Proctors Theatre in Schenectady will host Friends! The Musical Parody, which “lovingly lampoons” the original sitcom. This may be the perfect tribute to one of the best television shows in history. —Will Levith