It’s a crisp Ticonderoga, NY afternoon, and I’m about to finish the Star Trek Original Series Set Tour, a surprisingly cathartic walk inside a to-scale replica of the classic science-fiction TV show’s set. I’ve stood on the transporter room’s platform, glanced at the copy of Moby-Dick in Captain Kirk’s quarters and spotted Dr. McCoy’s bottle of Saurian brandy in his office. I’m merely a casual Trek fan—I swear—but my mind plays three-dimensional chess on the memory banks when you’ve watched reruns since you were 11. So when our tour guide paused outside those red-orange doors and asked if I “wanted to say anything,” you’re damn right I knew my lines.

“Take me to the bridge,” I said, in my best attempt at a William Shatner baritone.

When the doors swooshed open, dear reader, my knees buckled. Built to the exact specifications of Stage 9 at Desilu studios, the Star Trek Original Series Set Tour, housed inside a former Safeway in Downtown Ticonderoga, is the brainchild of James Cawley, Elvis Presley tribute artist and actor, who since 1997 has overseen several iterations of the set—from his grandfather’s barn and an old car dealership in Port Henry to its most recent destination, the former site of the aforementioned grocery store in Ticonderoga.

It started out as a hobby, Cawley says, and a desire to produce fan-made episodes of Star Trek New Voyages, which ran from 2008-15. “I sort of foolishly said to myself, ‘if we’re going to make our own Star Trek, it has to look right, or people will dismiss it outright.’” After the rules for fan films changed in 2015, New Voyages ended and the tours began, under license by CBS.

From stem to stern, every detail and doohickey has been built exactly to spec, through online sleuth-work, digital screen capture enlargements—every means humanly possible. “I’ve been known to tear something down if it’s off one-eighth of an inch,” Cawley says. The tour guides and staff in the lobby nod. No fact-check needed there.

Paradoxically, the franchise’s immense popularity makes trying to find real-life objets d’Trek that much more difficult. Whenever the genuine article is found, word spreads, and eBay prices skyrocket. Take, to list just a few examples, the checkerboard-patterned fabric used as seat covers and sickbay blankets originally designed by Alexander Girard (1907-1993), a midcentury giant who worked at Herman Miller. The particular fabric used on Star Trek featured Lurex and gold flecks that shone on camera. Or take the “powder horn” bottles for Saurian brandy, a favorite of Dr. McCoy and evil Kirk from the episode “The Enemy Within,” which were made from commemorative whiskey bottles the George Dickel Distillery produced only in 1964. Or the pinched decanters used in episodes such as “Journey to Babel,” which were made by Bischoff Glass Company, a subsidiary of Indiana Glass, in 1963. “You can go on eBay and find any number of Bischoff bottles, but not that one,” Cawley says. Finding the exact model of vase from Kirk’s quarters led Cawley, after several dead ends, to contact The Museum of American Glass in West Virginia, which produced hints at its origins that came from a museum newsletter reader. Cawley then found the glassmaker in Eastern Europe. The manufacturer’s name? “I [know],” Cawley says, smiling, “but I’m not telling you.”

Through mutual friend Doug Drexler, an Emmy- and Academy Award-winning artist who worked on Star Trek’s The Next Generation series, Cawley was introduced to Matt Jefferies, the legendary art director of the original series, who designed the Starship Enterprise and its interiors, as well as props such as those iconic phasers. They became friends. One day, Jefferies took Cawley to the Dunn-Edwards Paints store, not far from what is now the Paramount lot, and picked out the show’s original colors. “He said ‘here’s the orange, here’s the gray.’ His mind was like a steel trap.” Cawley inherited a copy of Jefferies’ Trek blueprints in 1997.

Since 2016, the Trek tour has attracted fans from all over the world to Ticonderoga—Israel, Tokyo, Brazil, Australia, Ireland and every country in the European Union. “People show up in uniform all the time,” says Drew Malone, our tour guide. “It makes the pictures that much better.” Trekkies have proposed marriage at Spock’s science station in uniform. Grown men have dropped to their knees, overwhelmed, tears in their eyes.

And then there’s Bill Shatner himself. “We were told for months ahead of time, ‘he’s not going to sit in the captain’s chair.’” Shatner came, and looked around, and said to Cawley, “take me to the bridge.” (Of course.) They walked him up there, and he said nothing for what Cawley swears was at least 10 minutes. “I was scared shitless because I thought, he doesn’t like it, it’s wrong, something is not correct. And, finally, he spoke up and said, ‘Bravo guys, the proportions are perfect. And that’s my chair.’”

Since then, Shatner makes regular, um, treks to Ticonderoga for appearances. At press time, he planned to visit again this coming June for photo ops, a Q&A session and presentations. (But that could all change due to the COVID-19 outbreak.) He’ll also jump aboard a three-hour Lake George dinner cruise that features Cawley’s Elvis tribute as the entertainment.

Shatner, it turns out, is a fan of his act. 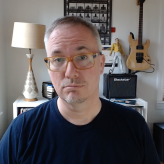