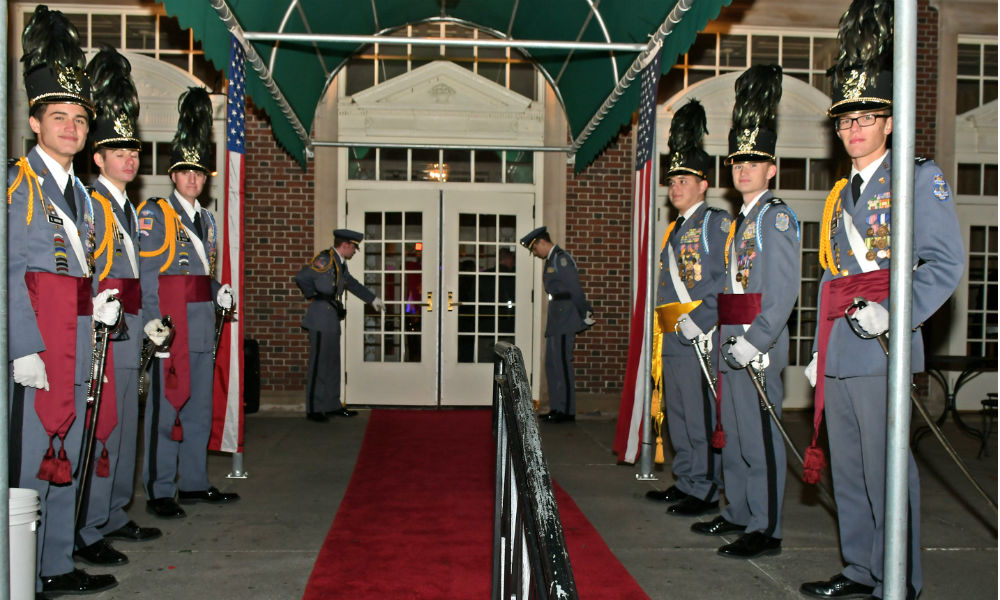 The LaSalle Institute ROTC cadets line the red carpet to greet and escort guests into the ballroom. (Shaleem Love) 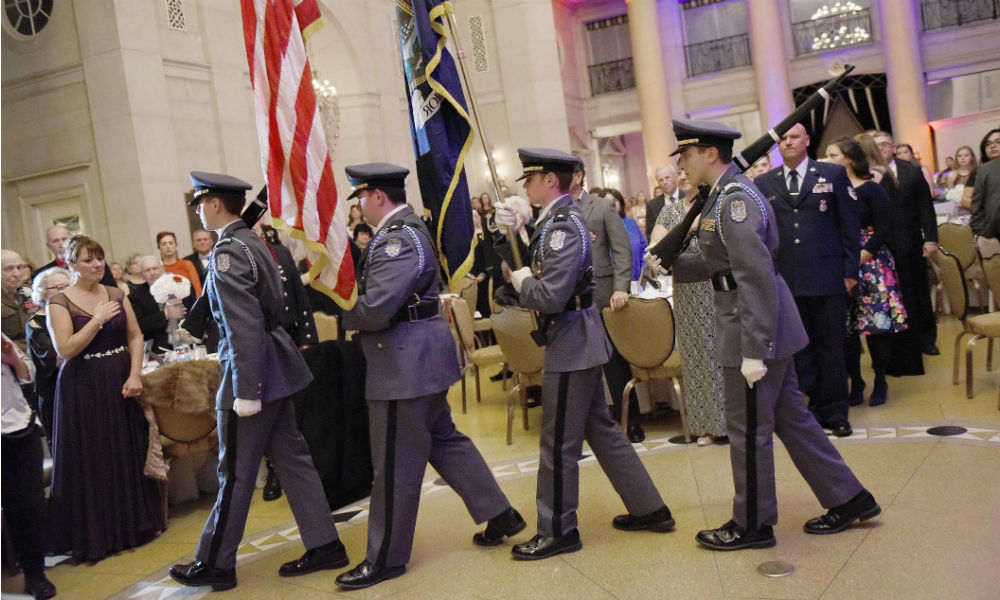 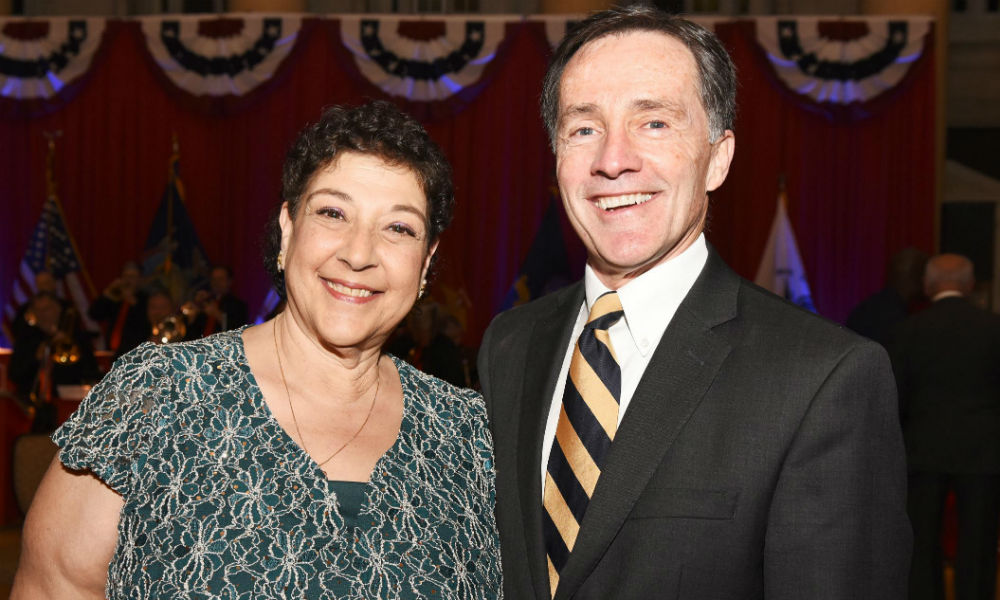 Cheryle Hage-Perez and Ray O'Conor get ready for the evening to begin. (Shaleem Love) 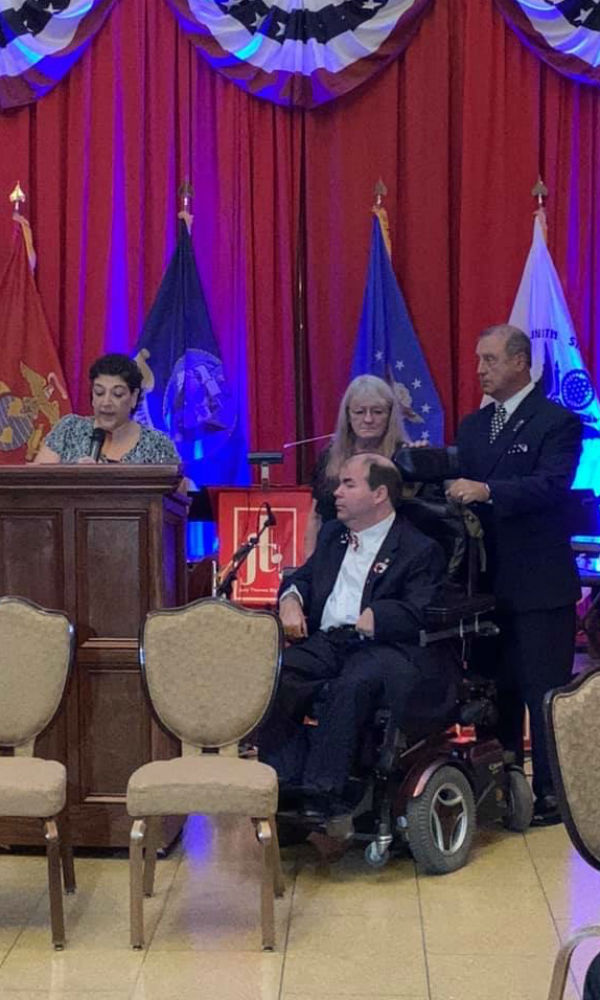 VCHC Executive Director Cheryl Hage-Perez gives a tribute to Lt. Colonel Todd J Clark, who was killed in action in Afghanistan in 2013. His parents, Col. Jack Clark and Kathleen Murphy Clark and his brother, Kyle, accept the honor. (Shaleem Love) 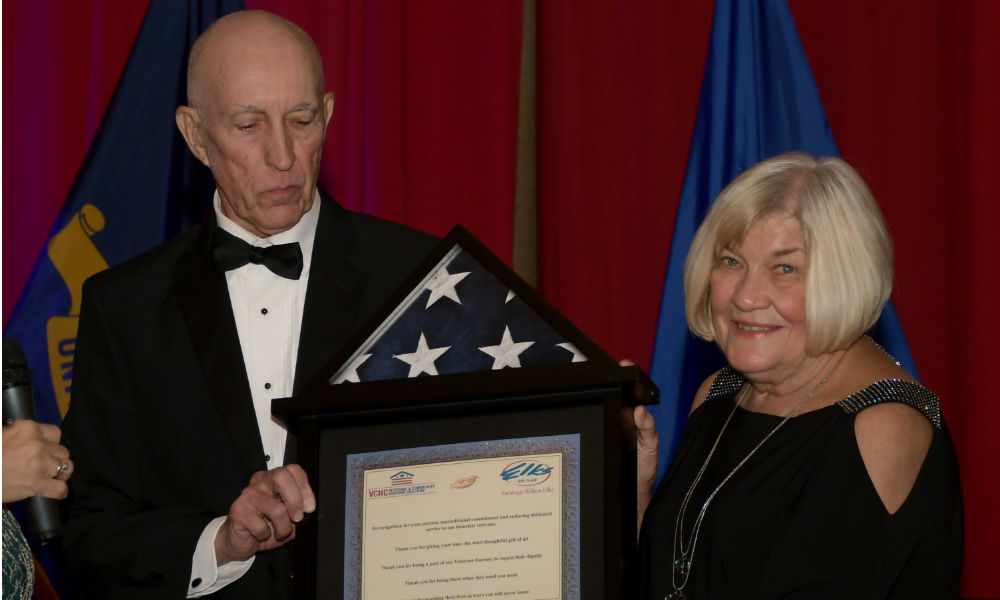 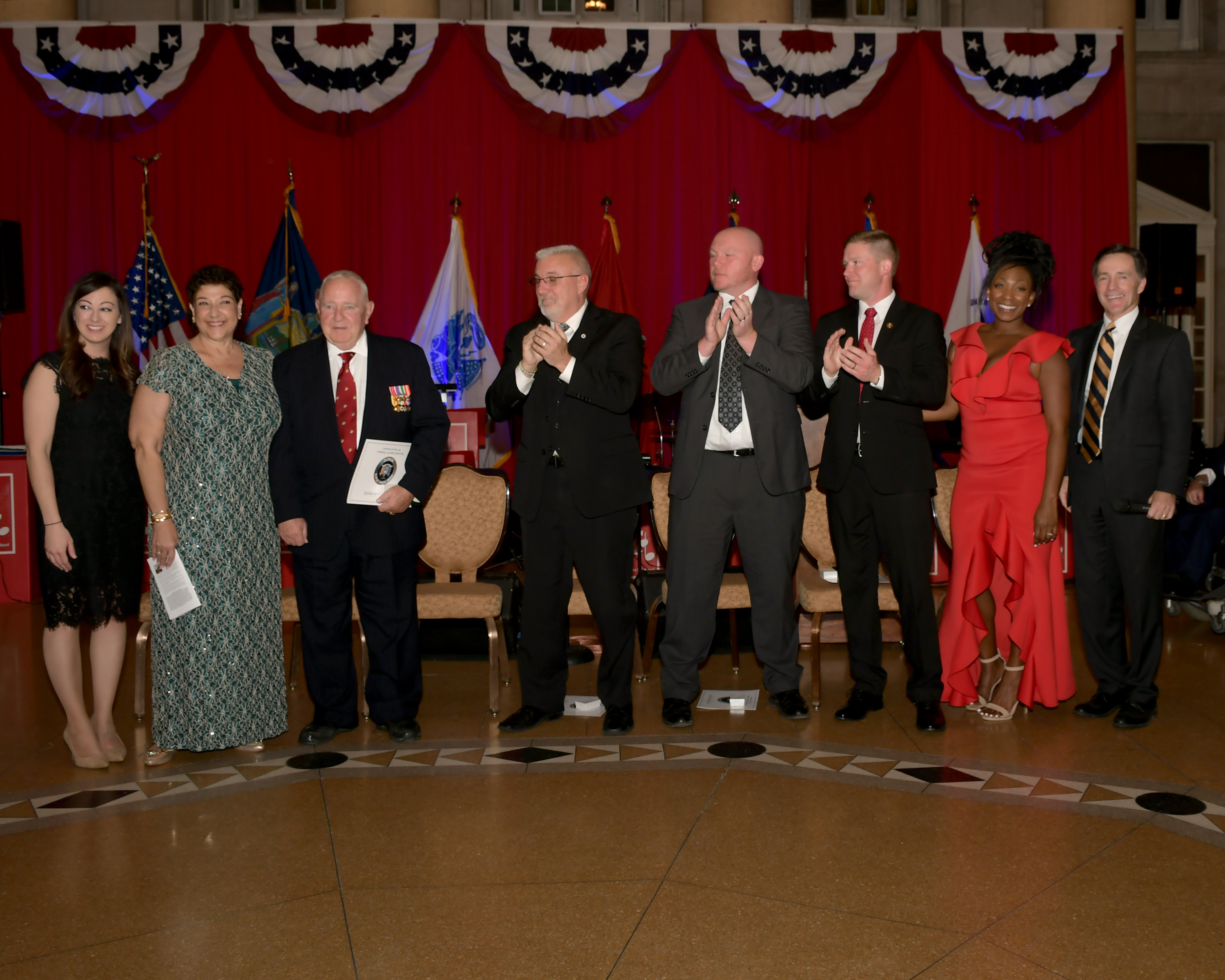 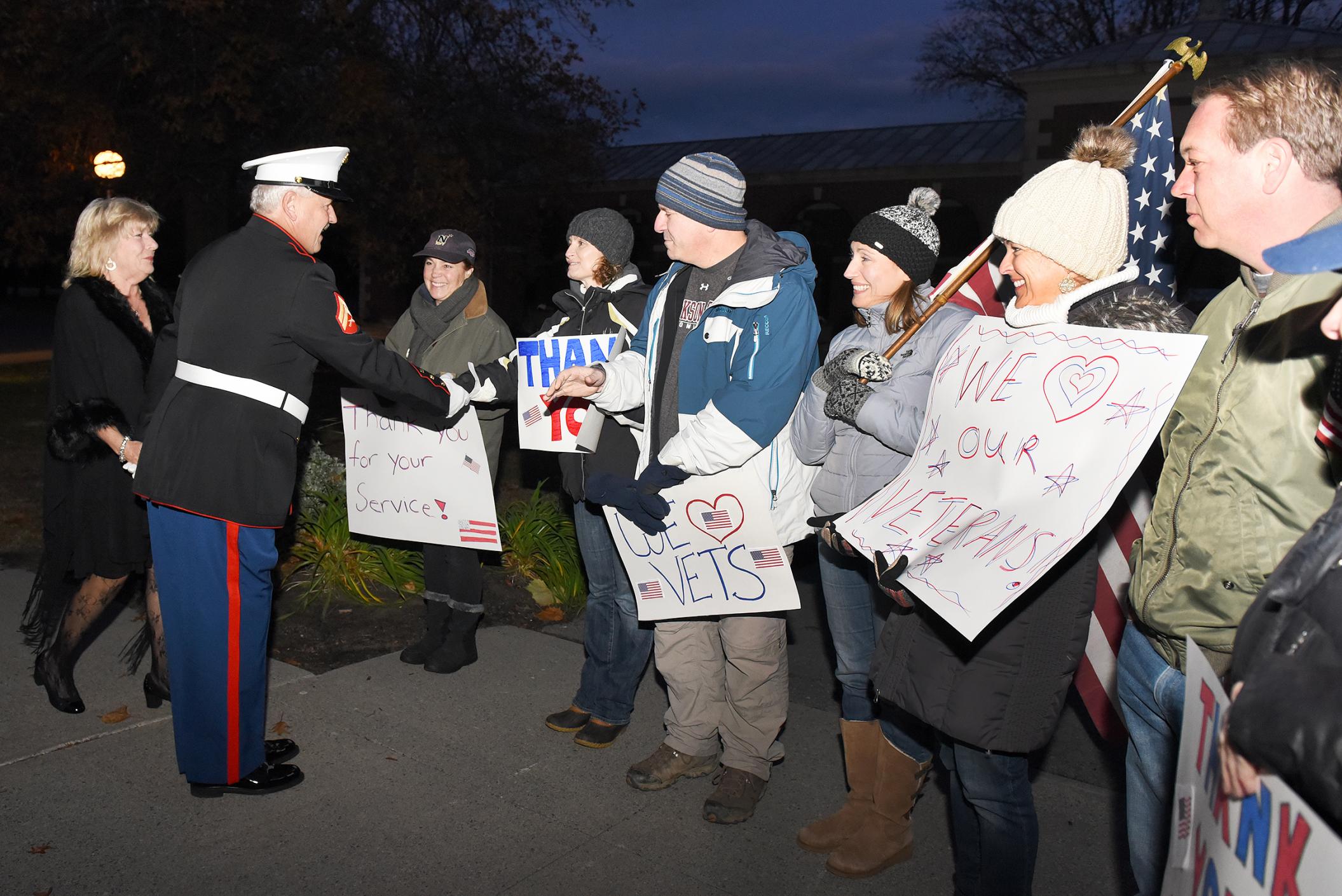 Supporters gathered outside the Hall of Springs are welcomed by Cpl. Timothy Bramer, United States Marine Corps, and his wife, Barbara. (Shaleem Love) 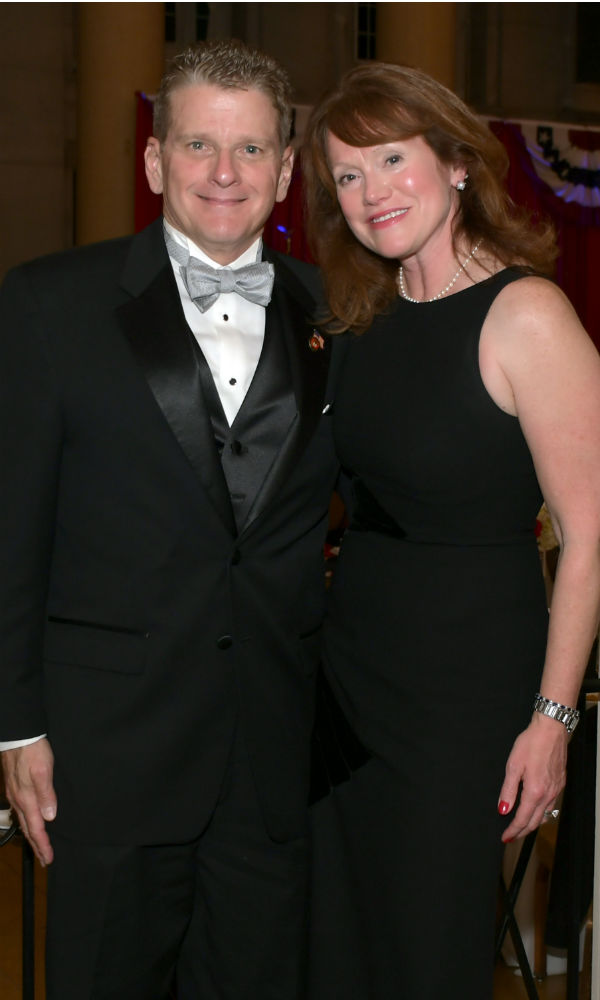 On November 3, the Veterans & Community Housing Coalition hosted its 4th annual Veterans Ball at the Saratoga Hall of Springs. With more than 400 guests in attendance, VCHC continued its mission to support local veterans and their families with affordable housing and support services. The evening included a silent auction, tributes to local veterans, dancing and dinner. Honored veterans included officers of different branches of the United States Armed Forces, including the Navy, Marine Corps and the Air Force, as well as a special tribute to local WWII veterans Dom Scavia, George Williams, Sir Ken Bailey, Cecily Geraghty and Bob Elbertson, who all received quilts made by the Sunday Sewing Sisters.

“This year’s ball was a success due to the generosity of our community and the dedication of our committee,” says Cheryl Hage-Perez, executive director of VCHC. “The proceeds will be used as a kick-off campaign to build a duplex home for single, homeless Veteran moms with their children. There is no facility for them to get the help they need while transitioning.” VCHC is a nonprofit organization located in Ballston Spa.

Olivia Mendlinger is an editorial assistant at saratoga living.