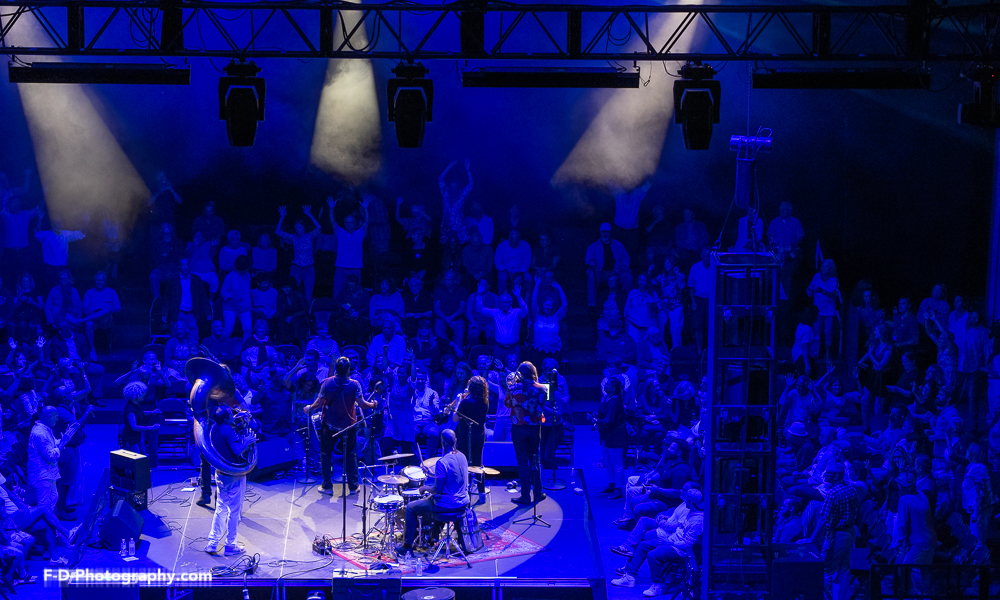 When you see a SPAC on Stage show, the crowd is actually onstage with the band. (Francesco D'Amico) 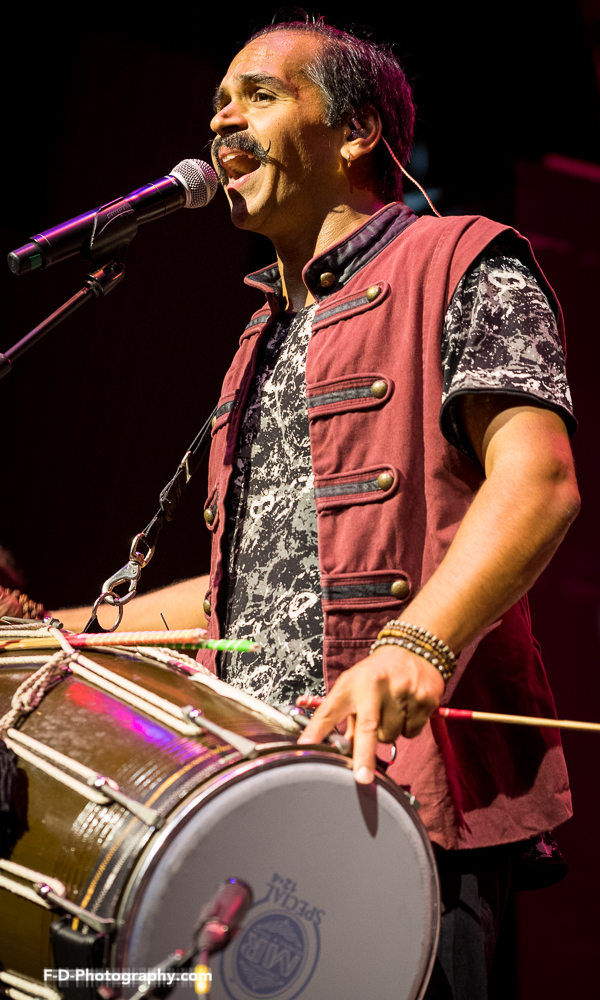 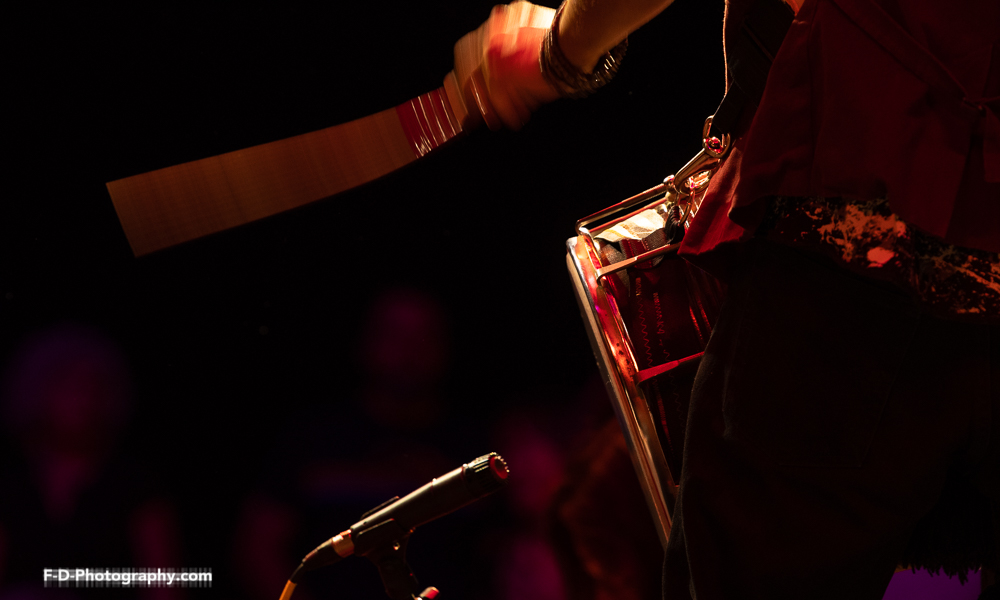 The 'dhol' is a double-headed drum from the Indian subcontinent. (Francesco D'Amico) 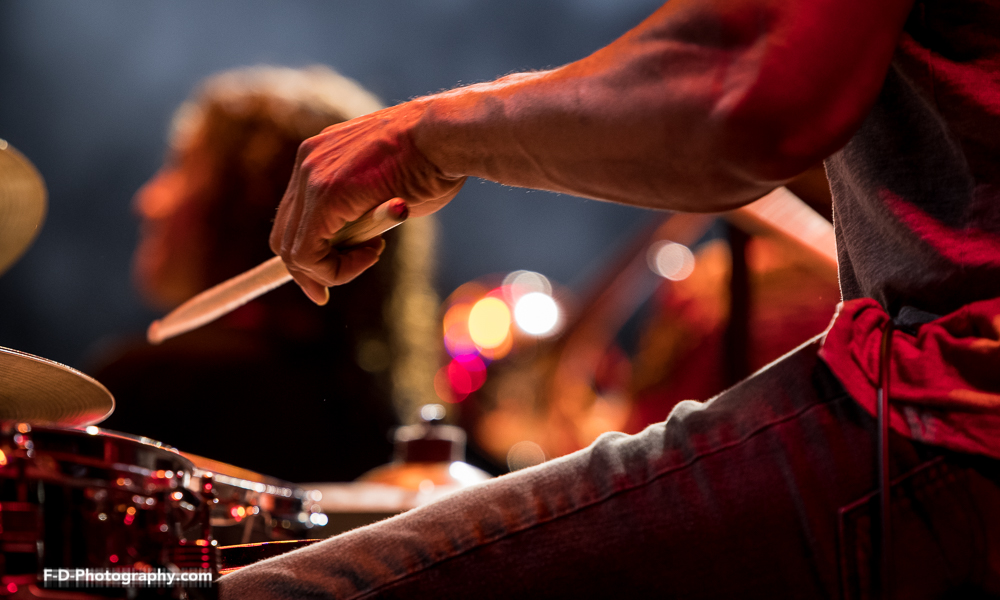 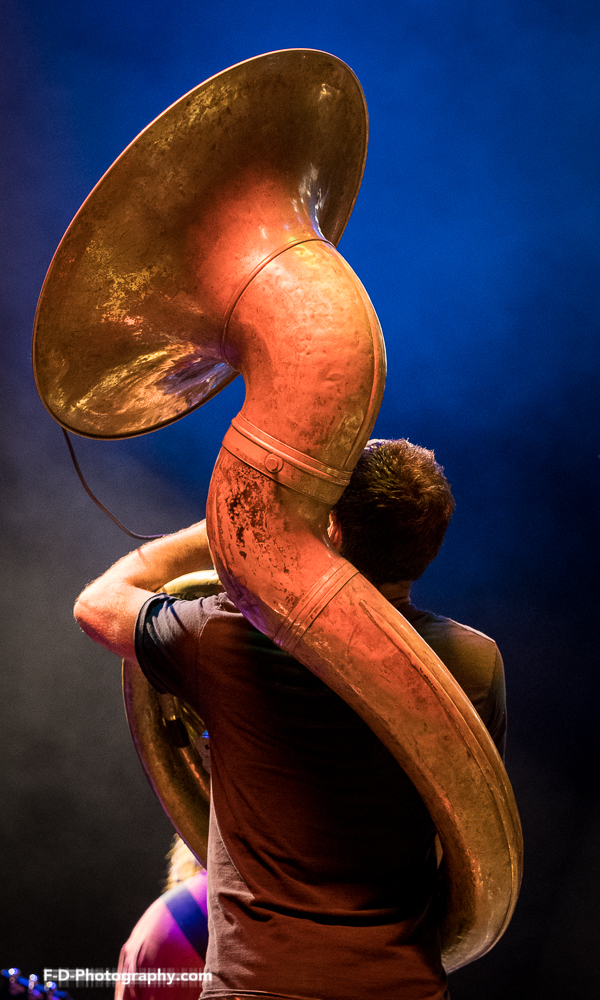 It's not a tuba, it's a Sousaphone, with an effect pedal taped on. (Francesco D'Amico) 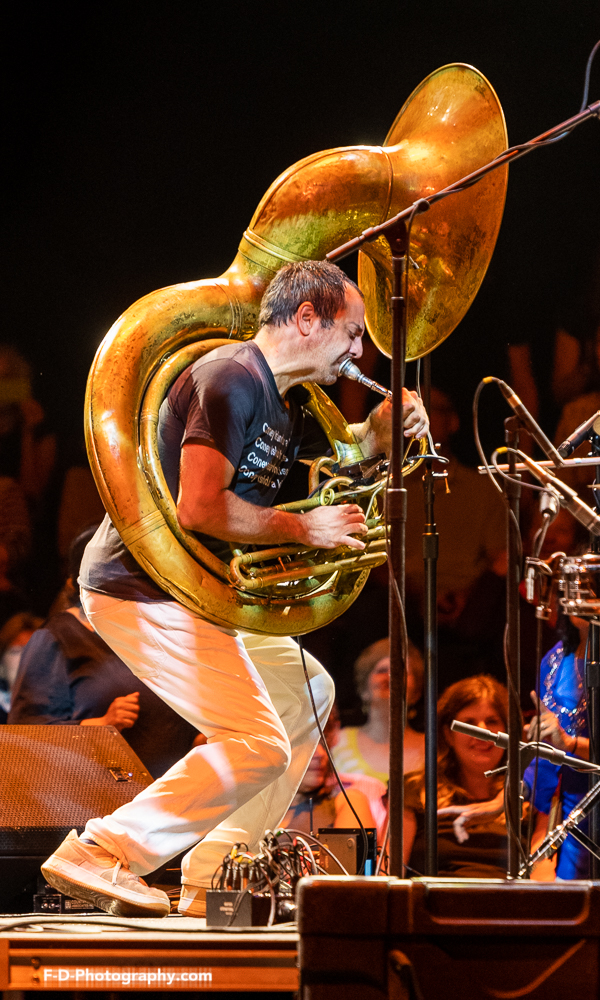 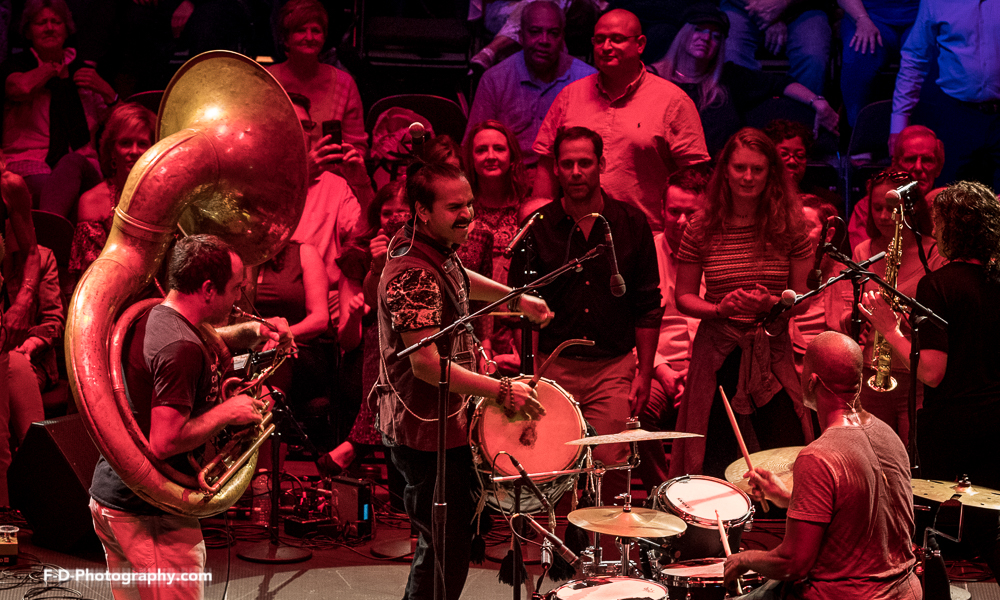 It took a little coaxing by the band to get people on their feet, but once they did... (Francesco D'Amico) 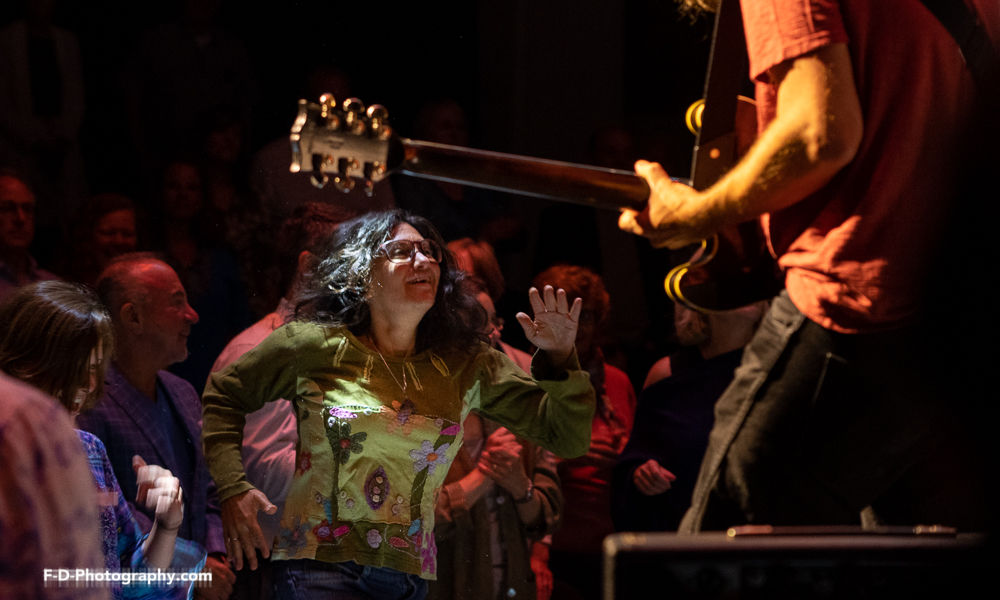 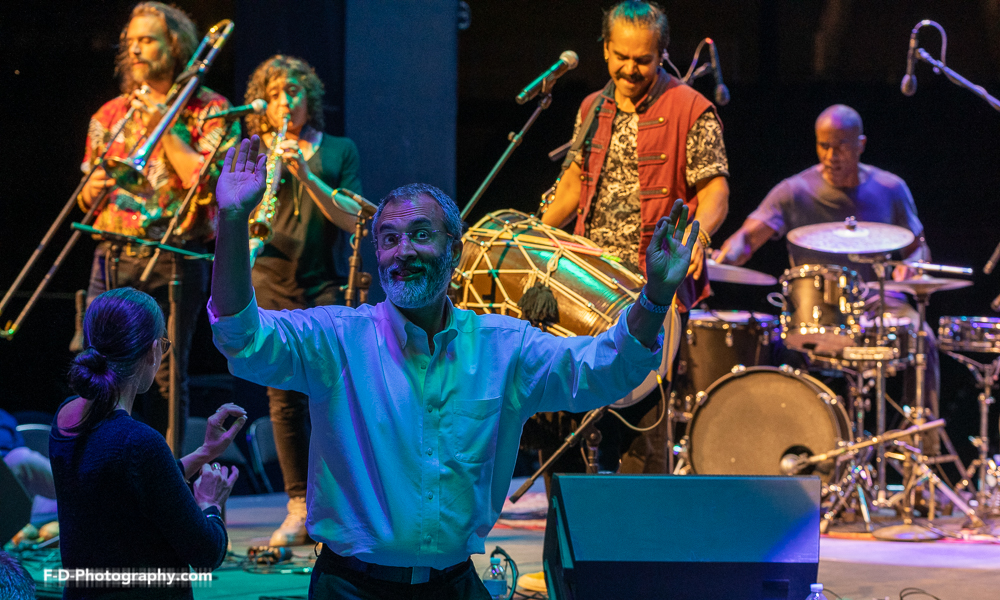 A couple dances the night away. (Francesco D'Amico) 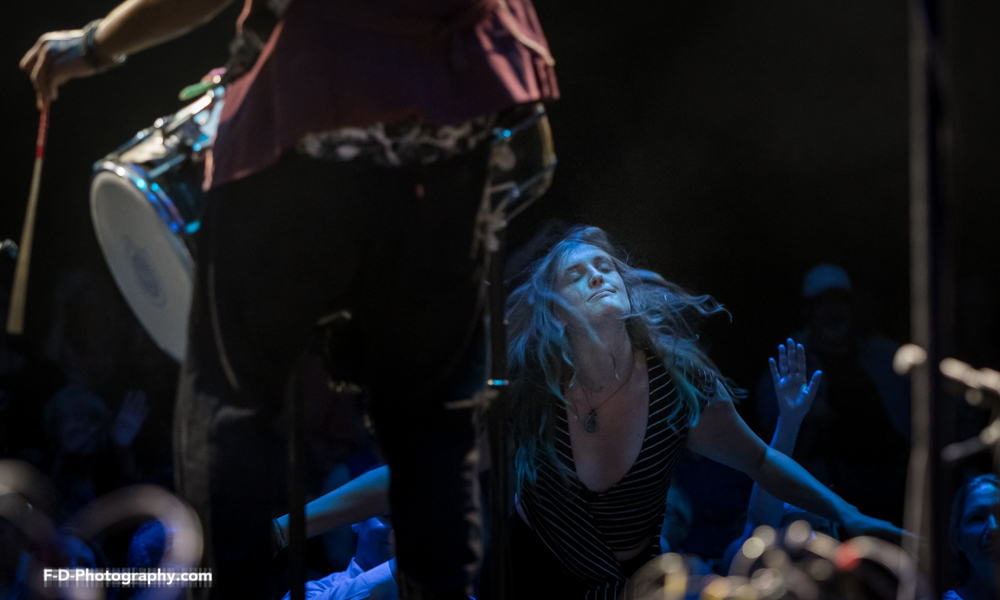 The closer the audience, the better. (Francesco D'Amico) 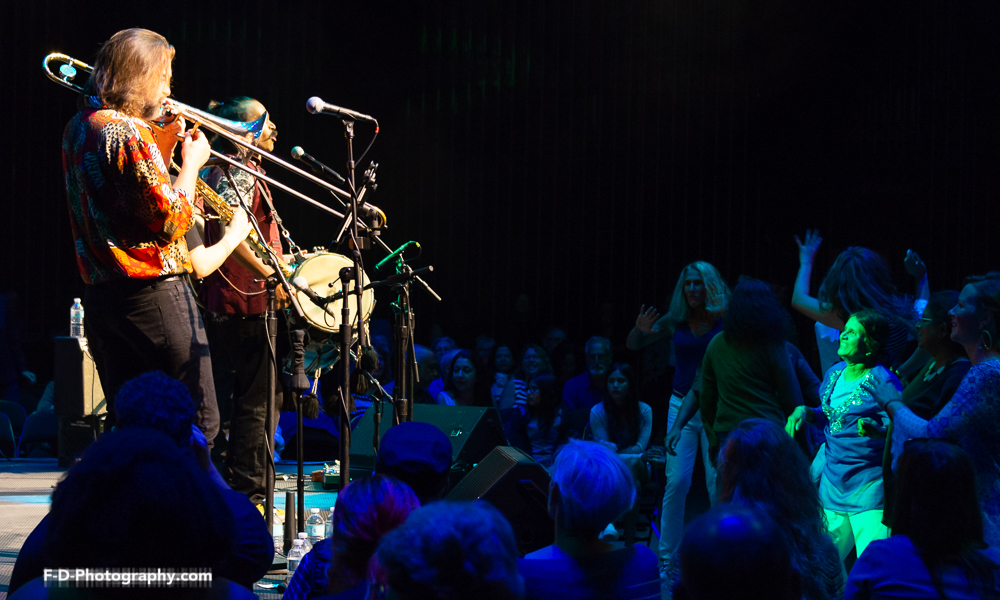 The band and their audience, just inches apart. (Francesco D'Amico) 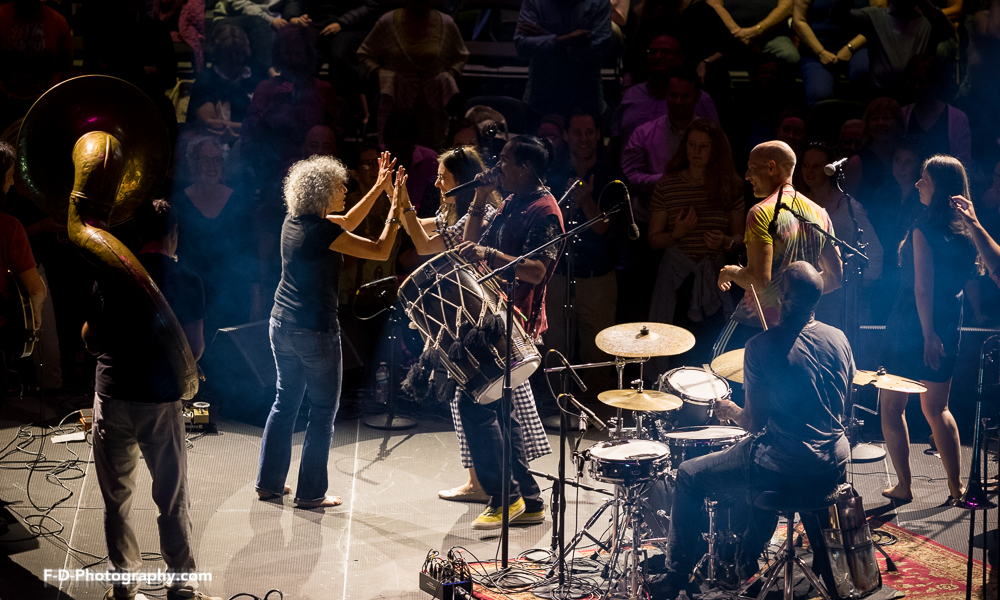 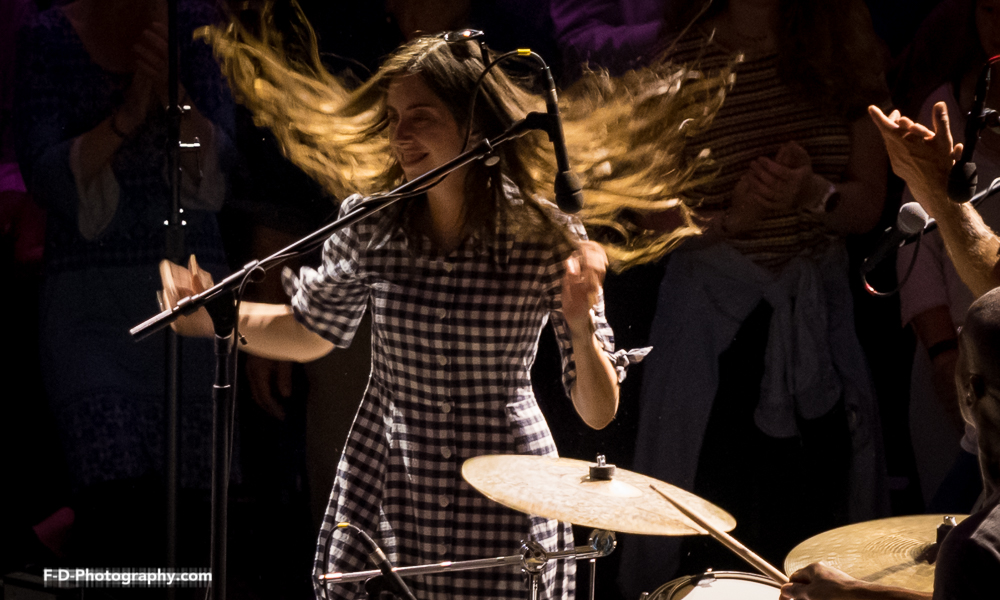 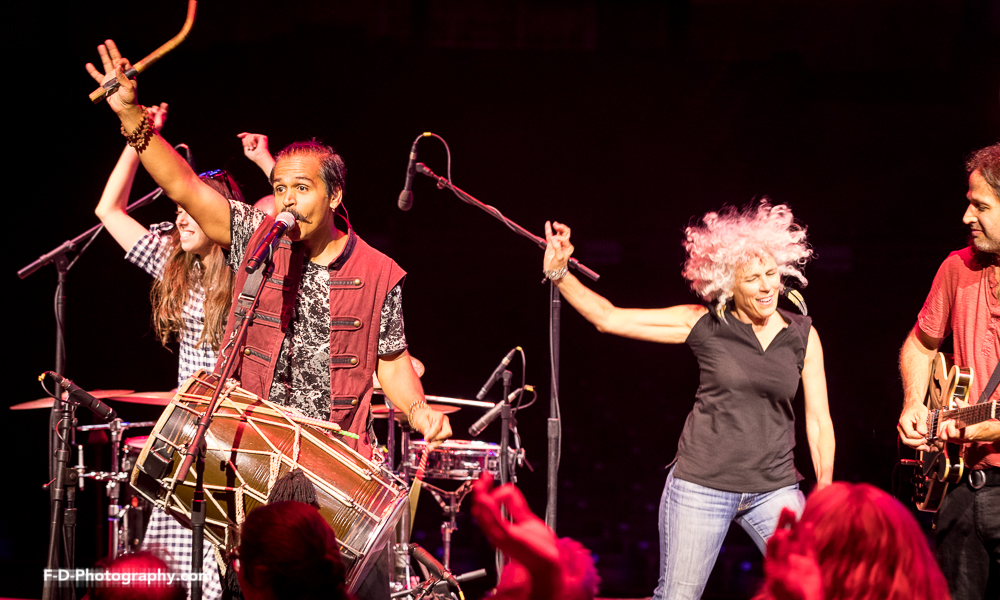 The dance contestant that got the most applause from the crowd. (Francesco D'Amico) 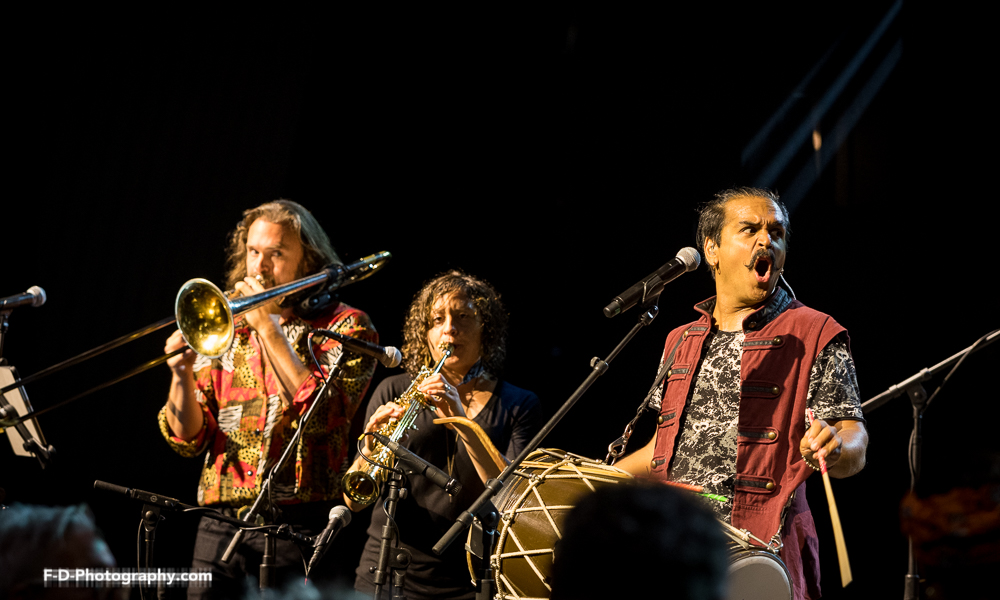 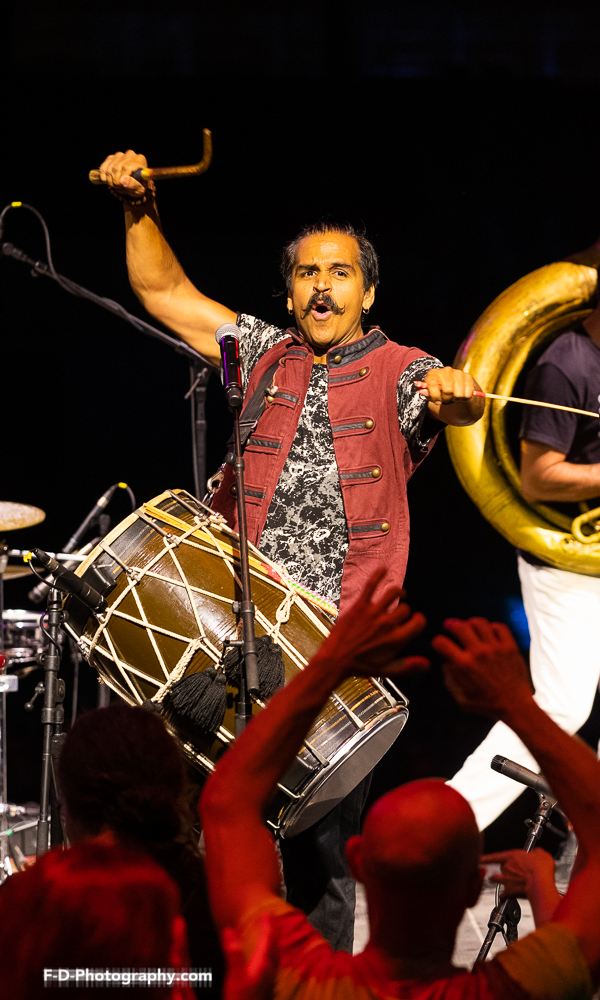 Sunny Jain, 'dhol'-ist, doing what he does best. (Francesco D'Amico)

If you’re friends with me, you know that I have limited dancing skills. In fact, I wouldn’t even call them “skills,” per se. They’re basically awkward movements of feet and hand, with a big, dumb grin on my face to tell observers, “Well, at least I’m trying.” When Brooklyn sextet Red Baraat took the main stage for the Saratoga Performing Arts Center’s (SPAC’s) SPAC on Stage gig on August 26, bandleader Sunny Jain immediately told the crowd that they needed to be up and dancing for most of the show—or at the very least, having a good time.

Even sans dancing skills (and recovering from a painful back injury), I was on my feet for the majority of the show and so was my mom, who had come as my plus-one. The band’s mostly wordless, bhangra-style music—a mixture of jazz, second-lining, North Indian music and psych-rock—produced by Jain on the double-headed dhol drum, an alto saxophonist, trombonist, Sousaphonist, electric guitarist and kit-drummer, was too infectious to be caught sitting and golf-clapping. And a number of audience members spent all 90 minutes of the show, plus a single-song encore, dancing in front of the stage, down the aisles and anywhere where dancing feet could fit.

Luckily, saratoga living‘s photographer Francesco D’Amico was on the stage as well, capturing the event from beginning to end. Check out his gallery by clicking on the topmost image. For more of D’Amico’s work from SPAC’s classical season, click here.