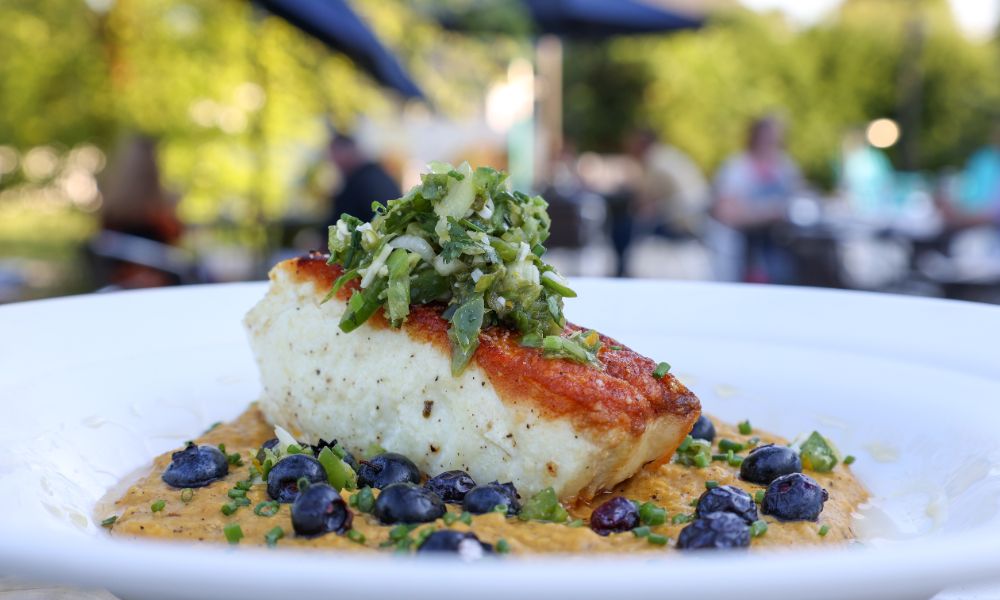 The Halibut Filet, which comes atop a roasted corn purée. 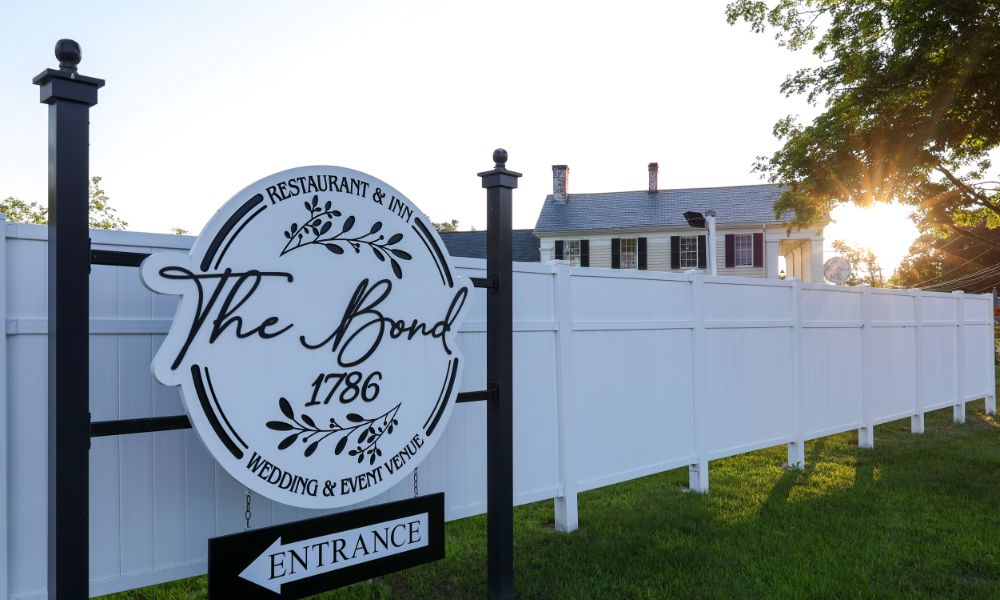 The Bond 1786 is a restaurant and inn located in the heart of Warrensburg. 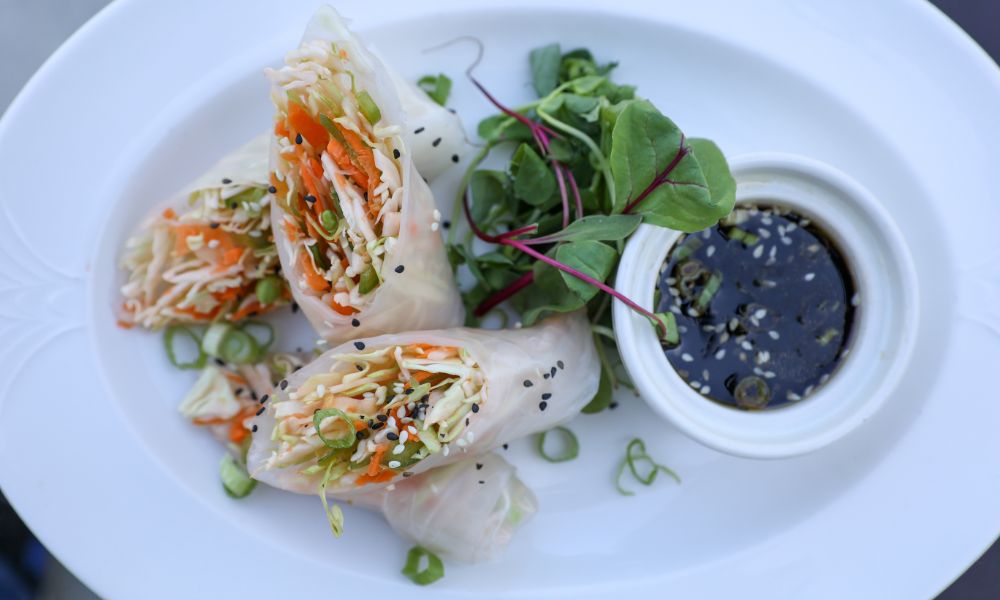 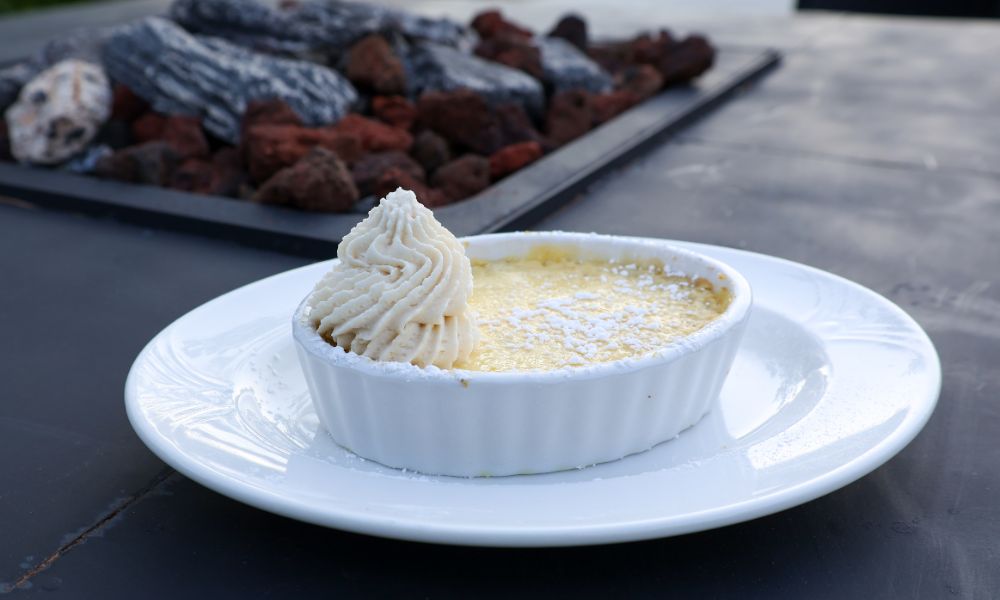 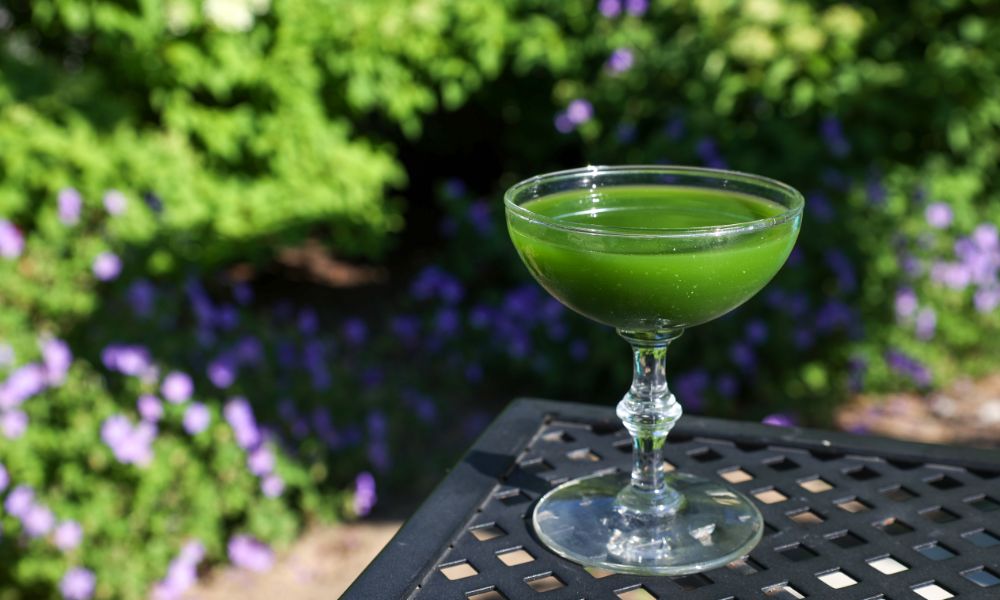 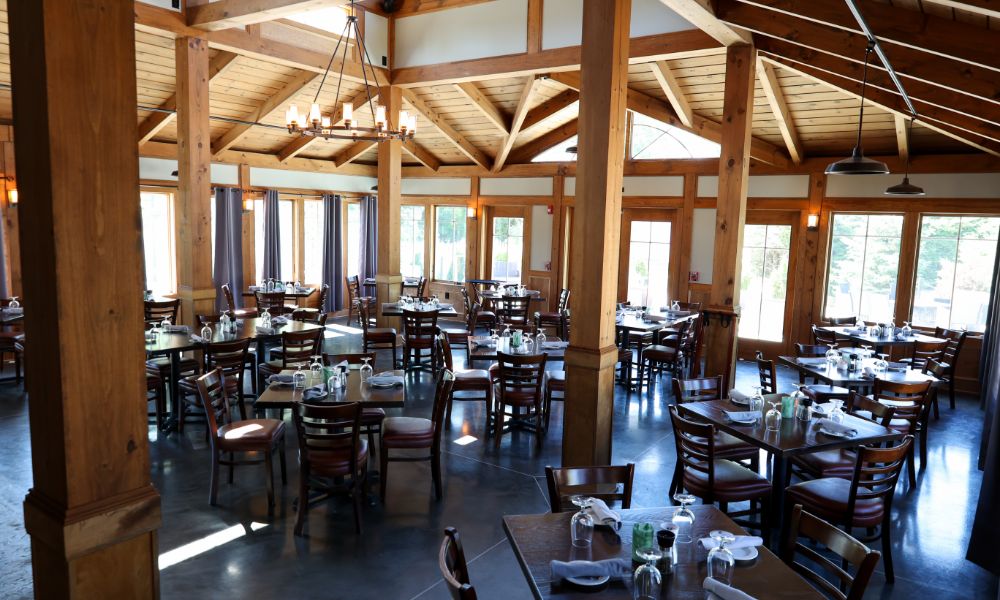 I’ve taken exit 23 of the Northway tons of times—to get to Gore Mountain, Old Forge and Saranac Lake—but never for a dinner reservation. Until last night.

The restaurant is The Bond 1786, formerly known as the Merrill-Magee House and located right in center of the town of Warrensburg. Originally opened by 19th century mill and tannery operator Stephen Griffin as the Griffin House Bed & Breakfast, the property is on the National Historic Registry. Griffin left it to his daughter, Mary Merrill, who left it to her daughter, Grace Merrill Magee. After Grace’s passing, the restaurant and bed and breakfast changed hands several times, and was ultimately purchased by the Warrensburg-based Lotus Group in the spring of 2021. The Lotus Group also owned The Grist Mill, another restaurant in a historic building about a mile up the Schroon River, which burned down in the middle of the night in November 2020, and the staff from that restaurant came to Merrill-Magee, which was rebranded as The Bond 1786. The new name is a nod to settler William Bond, who came to the region in 1786.

But enough about the past—The Bond’s building may be historic, but its menu is anything if not deliciously modern. First, there’s the cocktail menu, which boasts the perfectly sweet Cucumber Basil Smash; the Lemon Delight, made with Deep Eddy and served in a martini glass; and the Strawberry Basil Margarita. “You can’t have a margarita without egg white,” explained our server Andrew, a globe-trotting native Capital Regionite who’s back home and working at The Bond just for the summer. Andrew also brought over samples of the Greenskeeper, a slightly spicy grass-green tequila tipple whose top-secret recipe he brought to New York’s Northcountry from Aspen, CO.

For starters, we opted for the simple-yet-delicious Vegetable Spring Rolls and a side of Candied Brussels, which came glazed in a sticky/sweet sauce and topped with red pepper flakes and bacon from Oscar’s Smokehouse, located just up the street. One member of our party got another appetizer for her meal—the Montrachet, a garlic- and red pepper–topped skillet of goat cheese served with grilled baguette slices. (We skipped the crab cake small plate, Andrew’s favorite.)

The mains menu is half surf and half turf, with entrées such as Braised Short Rib, Chicken Carbonara, Faroe Island Salmon and Grist Mill Scampi. We ordered the halibut on Andrew’s recommendation—it came atop a creamy roasted corn purée sprinkled with somewhat-surprising-but-in-the-end-delightful pickled blueberries—and the vegan version of the Maitake Katsu, a giant, panko-fried mushroom served with steamed rice and a vegetable broth that was really more of a savory sauce than a broth. For dessert? A decadent serving of key lime pie with a graham cracker crust to share.

While the 30-minute drive from Saratoga was well worth it just for dinner (getting a reservation is also no problem, unlike at Downtown Saratoga’s restaurants mid-track season), The Bond 1786 is also an inn, boasting 10 unique rooms, each with their own wood fireplace, plus a communal sunroom and attached porch. In other words, if you plan on having more than a couple of Cucumber Basil Smashes, maybe book a room for the evening.

At just over a year old, The Bond 1786 is just getting started. The Dining Room (where we ate) is currently equipped to host parties, showers and weddings with up to 50 guests, and plans are in the works to make the grassy area near the inn into an outdoor wedding venue that will be able to accommodate parties of 150-200. The staff is also working on developing ski packages, mainly for those traveling to Gore Mountain come wintertime—the Tavern (located adjacent to the Dining Room and serving a slightly more casual menu) would make for the perfect cozy aprés ski hangout. But it’s still summertime, and The Bond already has plenty to be excited about (including al fresco dining on the wraparound patio). Make the trip for dinner Tuesday-Saturday from 4-9pm or for brunch—yes, they do brunch!—on Sundays from 10am-3pm.

Three Saratoga Icons Who Deserve Their Own Stakes Race