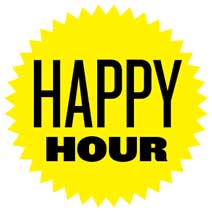 Here at Saratoga Living we don’t use the word “unique” lightly. Something’s either one of a kind (i.e. unique) or it’s not. The single-barrel offerings at Washington Street whiskey shop First Fill Spirits, however, are, indeed, unique.

First, a lesson in the art of whiskey production. During the whiskey-making process, a distillery will fill hundreds of oak barrels, or casks, with whiskey from the same distillation run. That whiskey will sit in the oak casks for however many years, and eventually, the whiskey that comes from each barrel will wind up tasting a little bit different. “It’s kind of the magic of oak,” First Fill co-owner Holly Seidewand says. “Oak is very porous, and different parts of the tree have different flavors, and if you’re higher in the warehouse versus lower you’re going to have different temperature fluctuations. So all of those little nuances produce different flavors.”

Typically, when all that whiskey has matured, it’s mixed together, bottled, and sent out to liquor stores. But before that happens, some whiskey VIPs (like Seidewand and her business partner, Charles Grabitzky) can get their hands on a single barrel—one single cask that is utterly unique. “Think of whiskey like an orchestra,” Seidewand says. “You have a violin, you have a cello, you have all these instruments that play in an orchestra. A soloist would be when you take one person out and you get to let them shine on their own. That’s basically what a single barrel is.”

At press time, First Fill had three single-barrel selections for sale in the shop—Starward Whiskey (which was expected to sell out in January), Stellum Bourbon and Tumblin’ Dice Bourbon. And more single barrels are coming down the pipeline. First Fill even helps companies and corporate entities select their own single barrel, which can then be bottled with their name on the label. “The beauty of single casks,” Seidwand says, “is that you get to find the perfect one for you. But once it’s gone, it’s gone, because that one single cask will never exist again.” Talk about unique.