Summertime might be over, but who said the seven-day-a-week party in Saratoga Springs had to stop? So, not including the usual slew of corn mazes and pumpkin-picking patches, saratoga living has put together a slightly different list of upbeat autumn fun that will be sure to keep that summer party vibe lasting long into the fall.

Grab Some Great Food At A Harvest Festival

When it comes to celebrating the harvest season, the Spa City knows how to do it right. The Saratoga Wine & Food Festival October 4-5 at the Saratoga Performing Arts Center (SPAC) is the Capital Region’s preeminent event for great local fare and spirits (and SPAC’s top educational programming fundraiser). For 2019, the festival’s big Friday night event on has been reinvented as a Farm-to-Table Harvest Dinner boasting a host of local talent, as well as internationally recognized chefs. (The Saratoga Wine & Food Festival’s Grand Tasting on Saturday will also be prepared with an abundance of locally sourced food.)

There are actually a number of upcoming harvest-time events offering super fresh produce in Saratoga County, including a Harvest Festival at the Glens Falls Farmers’ Market and an inaugural Harvest Festival in Halfmoon Town Park (heavy on the barbecued chicken), both this Saturday, September 28. Also, a little later in the season, on October 12, Downtown Saratoga will host the Saratoga International Flavorfeast, a tasting experience of popular cultural cuisines and small plates that, albeit not harvest-themed, is a great way to try local dishes. Outside of Saratoga County on October 12-13, Gore Mountain ski resort in North Creek, NY, about an hour north of Saratoga, will host its own Harvest Fest, which will blend locally prepared food with fall activities and entertainment.

Raise A Stein For Oktoberfest

For those who don’t mind a scenic, two-hour drive south to the Catskill Mountains, Oktoberfest at Hunter Mountain has one of the largest and longest Oktoberfest celebrations in Upstate New York, running across four weekends from September 28 through October 20. Best of all, the luxury ski resort, located in Hunter, NY, offers free admission to its monthlong Oktoberfest party, plus VIP tickets for those who want to have some top-shelf fun.

Get Your Ghost On

Who doesn’t love a good scare? For the whole month of October, many attractions throughout the Capital Region are going all-out to celebrate Halloween. If you’re looking to dress up and have a little fun with some cocktails and dancing involved, head over to the All Hallows’ Eve Witchcraft Masquerade on October 3 at Canfield Casino in Saratoga. Presented by Radial Arts, this masquerade ball is mixed with an immersive, theatrical performance.

Fans of supernatural stories should take a Ghosts in the Yaddo Garden tour at Yaddo, Saratoga’s preeminent artist colony on Union Avenue. The one-hour tours take place at Yaddo’s esteemed gardens every Friday and Sunday until October 31, and will lead visitors through Yaddo’s history of spiritual intrigues, including a tale about Edgar Allen Poe, who allegedly wrote his most famous poem, “The Raven,” while staying at a lodge in Saratoga (it’s true—we think.)

Outside of the Spa City, the Great Escape in Queensbury offers its own annual Fright Fest, an entire month of Halloween-themed festivities and decorations from September 28 through October 27. There are also a plethora of other fun, spooky events in the area from family-friendly Haunted Hayrides October 18 through 26 at Gavin Park in Wilton to the more gruesome, genuinely trying-to-scare-your-pants-off Double M Haunted Hayrides (actually six different Halloween attractions for one ticket) September 28 through November 1 in Ballston Spa.

Have Fun At A Fall Festival

So maybe this one’s a little obvious, but Upstate New York’s known for its hot apple cider, twisty corn mazes and dazzling displays of fall colors. The 2019 Saratoga Fall Festival on October 26 is certainly near the top of the list. Hosted by the Downtown Business Association, this festival will show off the Spa City’s autumnal pride with pumpkin rolling races, magic shows and a costume parade, plus dozens of storefronts will be open for early trick-or-treating. Also, Saratoga’s Pitney Meadows Community Farm and the Waldorf School of Saratoga Springs are hosting their own Waldorf Autumn Festival on October 19, which will include delicious local food, contra dancing, puppet shows, pumpkin carving, live music and much more.

Other fall festival-themed happenings in the area include PEAKFest 2019 on October 13 (as in peak autumn colors), with prizes, raffles, local vendors helicopter rides and more at the Saratoga County Airport in Ballston Spa, as well as the 4th Annual West Mountain Fall Festival at West Mountain Ski Area in Queensbury October 12-13 and again, October 19-20.

Sure, apple picking is enjoyable—but getting to enjoy the, er, fruits of your labor is even better. Take (hard) apple cider, for instance. Fans of the delicious and bubbly apple beverage are in luck, as there are two unique apple cider-themed events near the Spa City this fall. First up, check out the 4th Annual Hard Cider Fest on October 19 at the Wine & Liquor Warehouse in Clifton Park. This event’s free to attend and will show off more than 20 tables of local and national brands of hard cider.

Of course, if you’re looking to kick back and enjoy some ciders any time of the week or after work, head over to Saratoga Apple in Schuylerville, a local farm and pick-your-own orchard/cidery that also boasts a bar with 20 local hard ciders (and beers!) regularly on tap. Add in some farm-to-table dinners on the weekends prepared by 9 Miles East Farm, and you’ve got yourself one apple-tastic time. 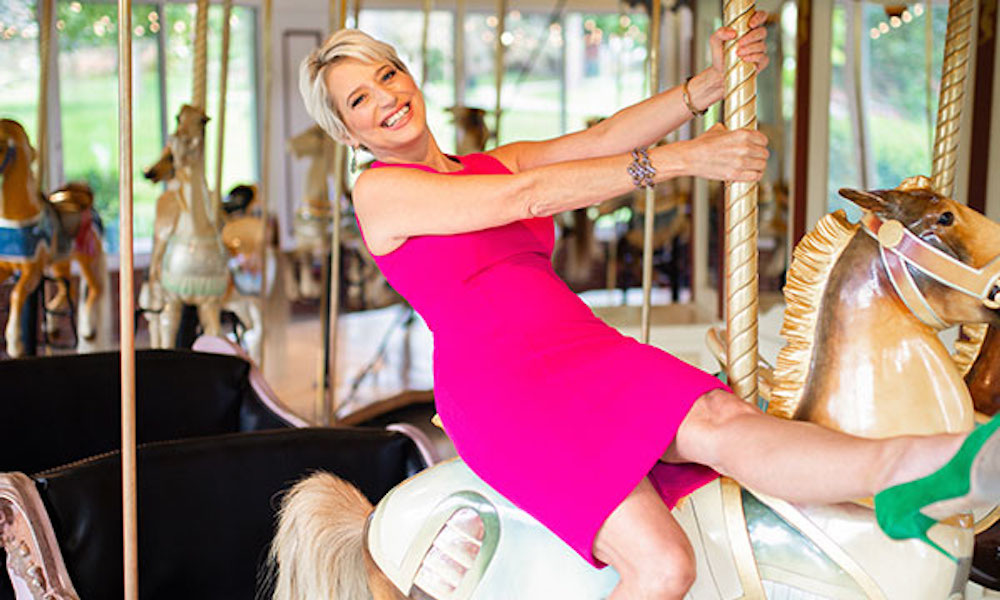 From summer to fall, the gala/fundraiser/party and after-dark scene here in Saratoga gears up again, with a potpourri of upbeat parties offering various fall-themed fun and entertainment. On October 6, we’d be remiss to mention that saratoga living will celebrating the launch of its autumn “Best of Everything”  issue with a big bash starring Dorinda Medley, star of The Real Housewives of New York City (and latest cover star of saratoga living magazine). The mag will host a brunch party from 12-2pm and an exclusive VIP meet-and-greet with Medley from 11am-12pm at Prime at Saratoga National. Tickets are still available here.

There are also Halloween-themed parties aplenty, including Saratoga Winery’s annual Hallo-WINE Party on October 26, with live music by Funk Evolution and a midnight costume contest. Ravenous, the Spa City’s signature crêperie on Phila Street, is celebrating its 20th anniversary with multiple events all October long, including a 20th Anniversary Ale launch party and Oktoberfest Prix Fixe on October 15. Additionally, there will be a brand new autumn-themed party kicking off in Saratoga this year, the OktogaFest 5K and Block Party on October 5 along Henry Street. In addition to the race, this inaugural event, which is hosted by the Henry Street Taproom, will feature live music by local bands The North & South Dakotas and The Night Owls, as well as lots of fresh Oktoberfest fare.