After a difficult 2020-21 for most Saratoga Springs small businesses, let’s start off by giving them all—the shops, restaurants, firms, salons, practices, nonprofits, et al.—the big, honking round of applause they deserve. You made it! While we would’ve loved to have honored each and every one of them in this issue (after all, Saratoga is by no means a one-horse town), in the pages that follow, we’ll be highlighting only three businesses each (win, place and show) in 26 categories, which were deemed, via online voting, the Best of Saratoga by the people of this great city.

Phinney Design Group, a serial winner of awards for architectural design and construction, has nabbed yet another win here for its innovative work that focuses on sustainable and environmentally responsible construction methods. See Phinney’s designs at notable local establishments such as Yaddo, 550 Waterfront and The Sagamore Resort.

Every Saratogian, whether or not he or she banks at the Adirondack Trust Company, has marveled at its white-marble headquarters on the corner of Broadway and Church Street in Downtown Saratoga. But that’s just one arrow in its quiver; the iconic, locally owned business, which has been serving the area for more than a century, has over 20 locations across Saratoga County and beyond. Now that’s the dictionary definition of bankable.

In the more than four decades since it first opened in 1977, Clothes Horse has established itself as a downtown destination in Saratoga’s crowded shopping scene. The boutique carries a large selection of dresses, tops, jackets, jewelry, shoes and more, and serves customers hailing from all over the world. 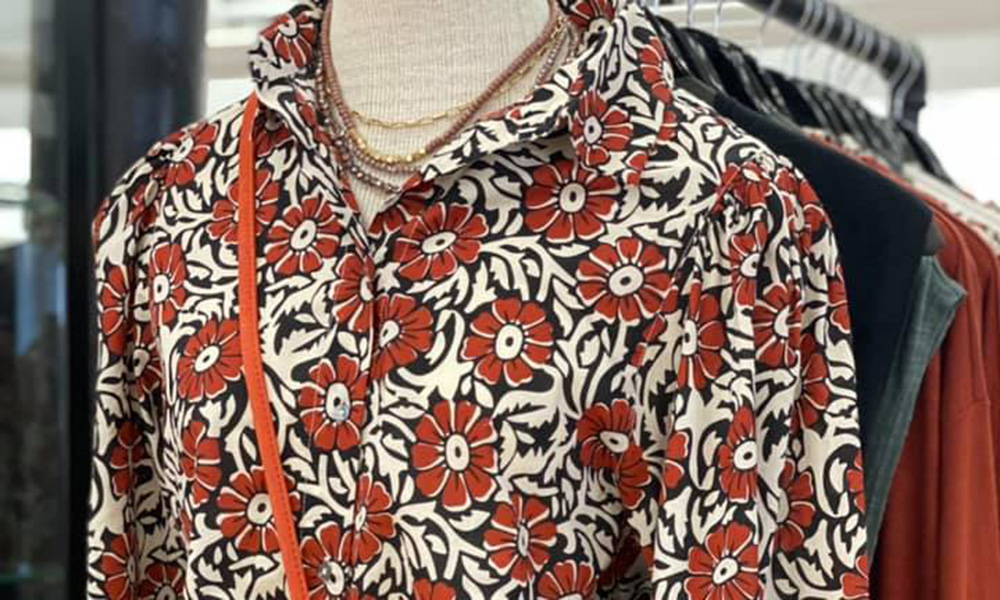 Lifestyles of Saratoga, a longtime Broadway staple, boasts a “consciously curated” collection of women’s clothing and accessories that has made many a gift-seeking and shop-therapy-endorsing fan throughout the years. Lifestyles lives up to its name by outfitting Saratoga’s most fashionable women, from both its corner brick-and-mortar store and (seasonal) mobile boutique at Saratoga Race Course. 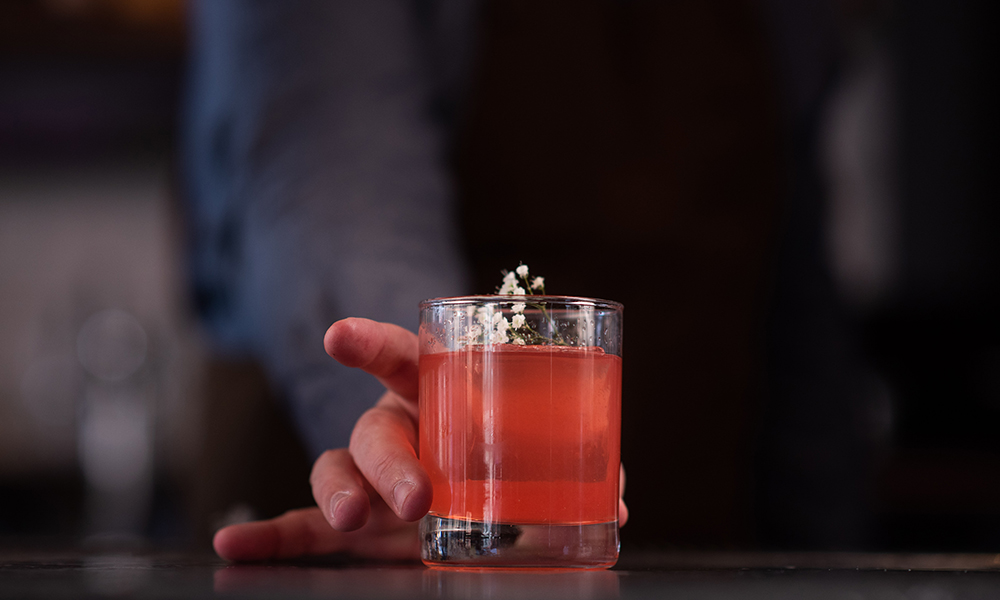 Raise your glass to Hamlet & Ghost, Caroline Street’s home to best-in-class handcrafted cocktails such as the popular Gin-Gin Fizz and Blackberry Basil Paloma. The restaurant-bar’s extensive wine and beer lists are nothing to shake a stick at either. Go for happy hour, a romantic meetup or just a good, old-fashioned night on the town. Added bonus: You can stay for an inventive dinner dish or app by renowned Capital Region chef Michele Hunter.

It’s no surprise that the Saratoga Performing Arts Center (SPAC), Saratoga’s premier open-air amphitheater located in the Saratoga Spa State Park, took home the win in this year’s entertainment venue category. Since 1966, it’s been the summer home to the New York City Ballet and Philadelphia Orchestra—plus a gaggle of perennial Live Nation acts such as the Dave Matthews Band, Dead & Company and the Zac Brown Band. In short, it’s everything Saratogians need to get their double dose of artistic goodness. 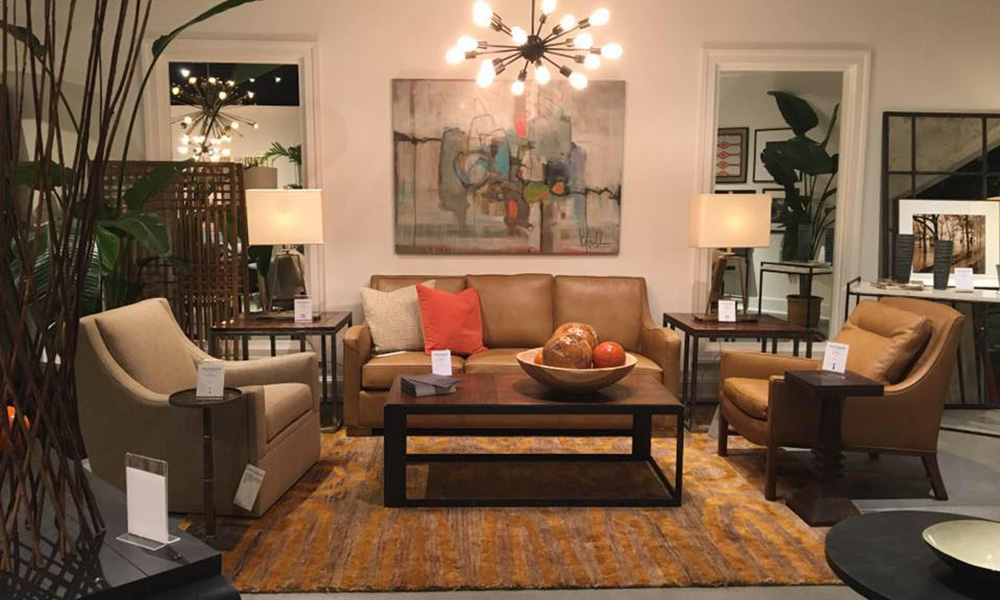 This year’s category winner, The Furniture House, which has locations on both Saratoga Lake and in Queensbury, offers an enviable selection of dressers, end tables, ottomans, chairs and much, much more for every home. (Hence, the big W.) And it has a winning customer service experience, too: Can’t find that perfect piece to fit your taste in either of its stores? The Furniture House’s expert in-house design team can create a personalized piece just for you. 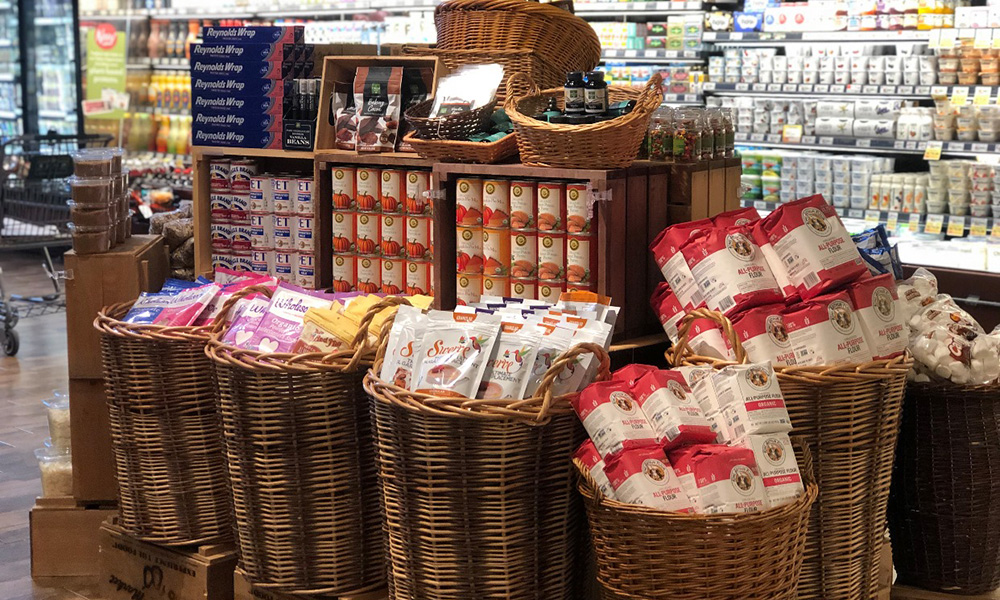 Do you know what winning smells like? The freshest of fresh produce, meats, seafood, cheeses and just-out-of-the-oven baked goods, that’s what. Add in the delectable aromas of The Fresh Market’s pre-prepared soups, salads, sandwiches, entrées and sushi to that list, and you can understand why the Saratoga market topped this year’s Grocery Store category.

Blended Hair Studio, a popular unisex boutique salon located in Saratoga’s historic Franklin Square, is a cut above the rest this year. Blended offers a variety of services for both men and women, including cuts, color and keratin treatments, blowouts and waxes. Yep, Blended truly has it all. 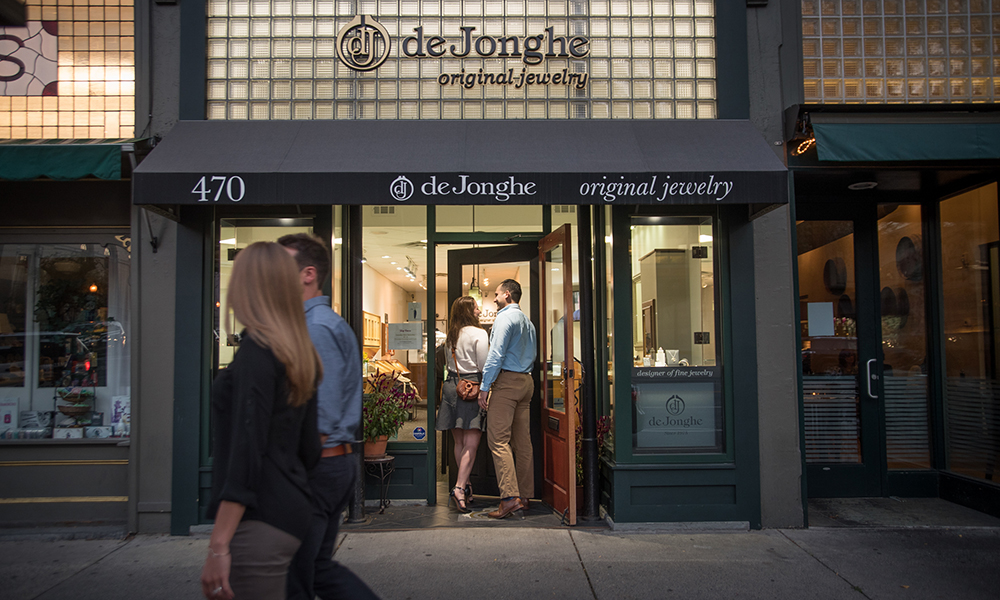 Want to give that special someone an unforgettable gift, the type that glints in the sun and gets a steady stream of compliments? Look no further than Saratoga’s deJonghe Original Jewelry. Owner and award-winning designer Dennis deJonghe has been selling his custom rings, earrings, necklaces and bracelets—many of which pay homage to Saratoga’s local history—to happy customers since 1982. That’s nearly 40 years of winning. 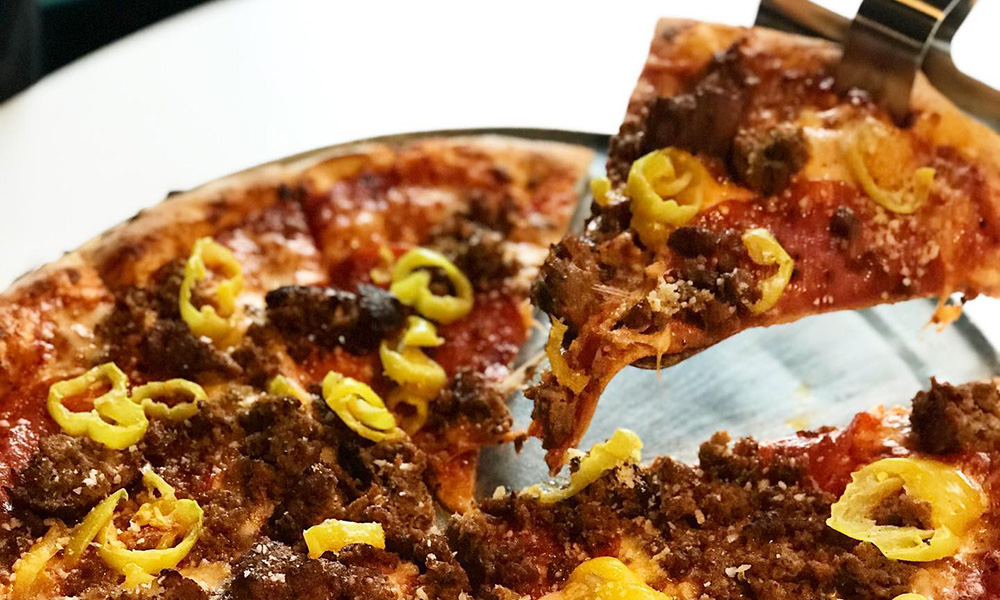 Brick-oven pizza with a side of shuffleboard? That’s what you’ll find at Henry Street’s Flatbread Social, a Saratoga restaurant that’s perfect for a night (or day) out with the kiddos. Flatbread’s menu is stuffed with kid-friendly starters, salads, sandwiches and of course, its famous flatbread pizzas, and it even includes a little-ones-only 8-inch personal pizza. Sorry, adults (though the cocktail list is for you and you alone). 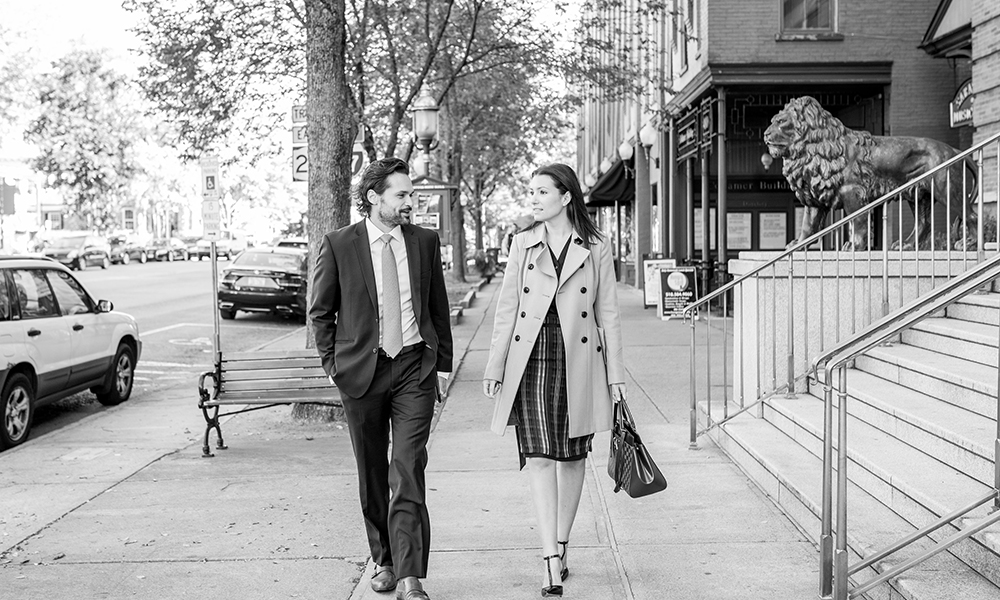 A few years after Scott Peterson and Giovanna D’Orazio met at Albany Law School in the early 2000s, they got married and began building individual careers with larger law firms. Eventually, they decided to, as Simon & Garfunkel might put it, marry their fortunes together. Nowadays, their law firm, D’Orazio Peterson, LLP, strives to represent people against the powerful—and at least in these pages, they win every time.

WIN The Children’s Museum at Saratoga

Since 1990, the Children’s Museum at Saratoga has been serving the Spa City’s knee-high residents with interactive exhibits, art programs, nature explorations and more. After 20 years on Caroline Street, the museum will expand to double its current size when it moves into the historic Lincoln Baths building. Bathing in excellence, we say.

At least for this year, East is the beast. Saratoga’s East Side neighborhood’s quaint, traditional homes; multiple museums and elementary schools; easy food options (we see you, Little Market at Five Points, Spring Street Deli and Augie’s To Go!); and, of course, historic racetrack make living there easy. It truly is a winning combination. 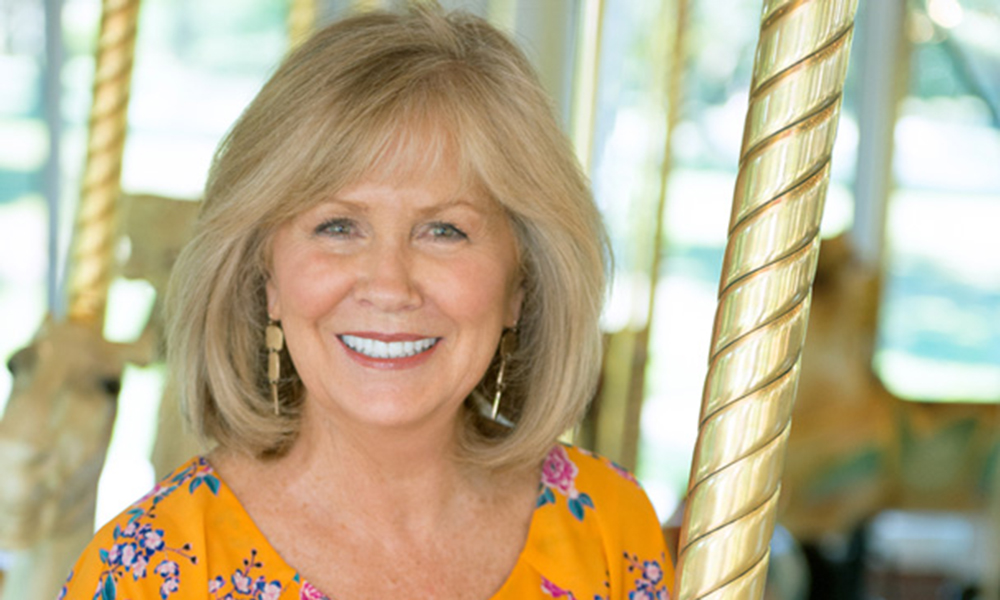 Nothing says “winning” like a big, beaming smile—and who better to provide you with one that you’ll be proud of forever and ever than Dr. Gerald C. Benjamin of Benjamin Smile? Dr. Benjamin boasts 39 years of experience in restorative and esthetic dentistry and offers individualized attention to each of his patients. No wonder Saratogians voted in droves for Benjamin Smile. 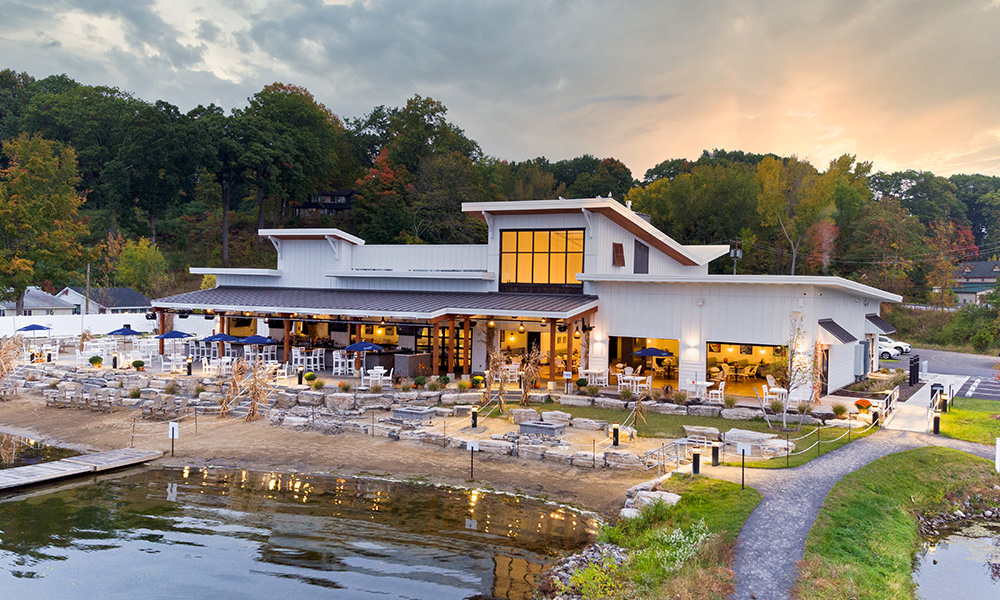 The breezy, nautical-themed patio at 550 Waterfront’s seafood-centric restaurant is usually packed to the gills (see what we did there?) with customers sitting alongside Saratoga Lake in Adirondack chairs. Sure, the food and drinks are delish, but it’s that view—550 is the only place you can see the entire lake end to end—that won this hot spot the top slot.

When you’re downtown and need a bite to eat, stat, there’s no denying that Uncommon Grounds, the Capital Region’s coffee-and-bagel mecca, is your winning bet. In addition to its doughy fare, Uncommon, as locals know it, also serves up salads, soups, pastries and house-made oatmeal in a jiffy. 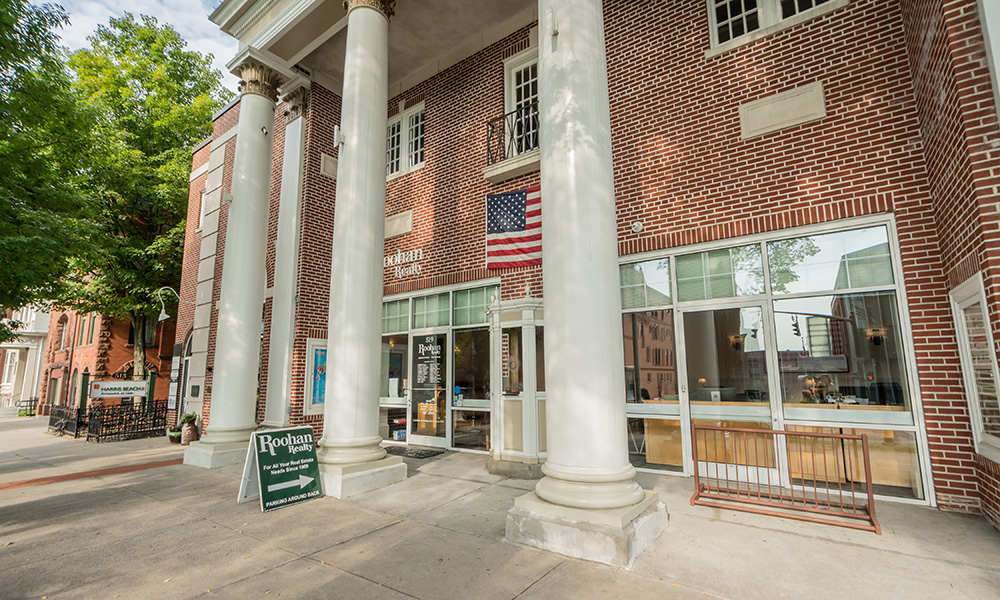 Roohan Realty’s more than 50 years on the job is a big reason why it has taken home the win in the Residential Real Estate Company category. The family-owned and -operated real estate firm, which has been serving Saratoga and the Southern Adirondack region since 1969, is all about its customers. Located right on Broadway, Roohan focuses primarily on single-family homes—in other words, making Saratoga one of the hottest havens for happy homeowners in the state, hands down.

Serving more than 400 students in grades K-5, Lake Avenue Elementary School challenges children to get creative and develop as learners. Unique opportunities for its students include Project Lead the Way (the only elementary-level pre-engineering program in New York State) and a student-tended garden. Can you spell “win”? 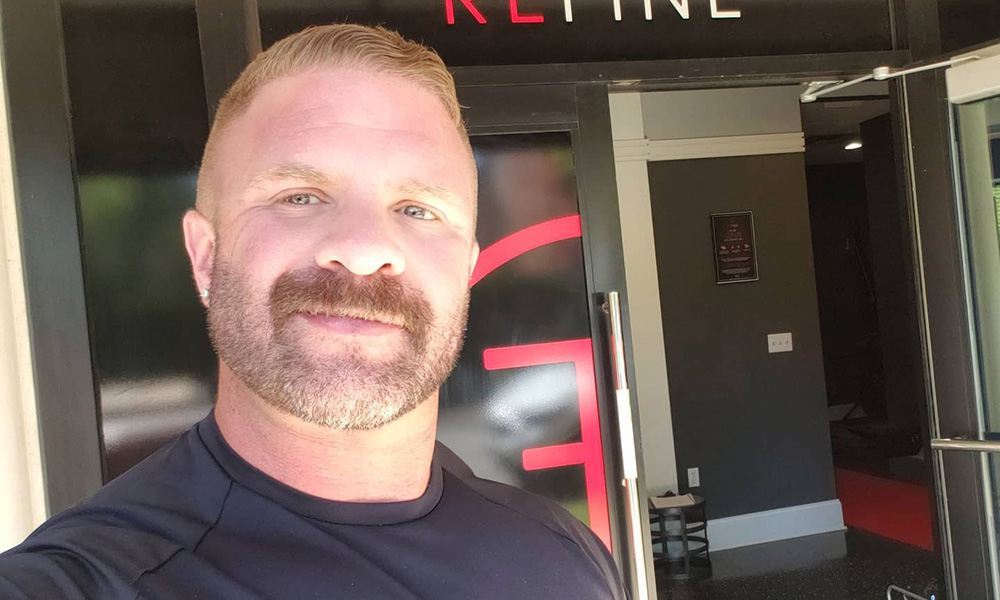 If you’re still looking to lose that “COVID 19”—or have always wanted a body to go with your brains—certified elite personal trainer Shane Stiel can help. Through in-person workouts at Haus of Stiel’s Henry Street location, as well as virtual training sessions, Stiel carefully tailors workout routines to each client’s fitness goals. Sounds like a steal of a deal, if you ask us. 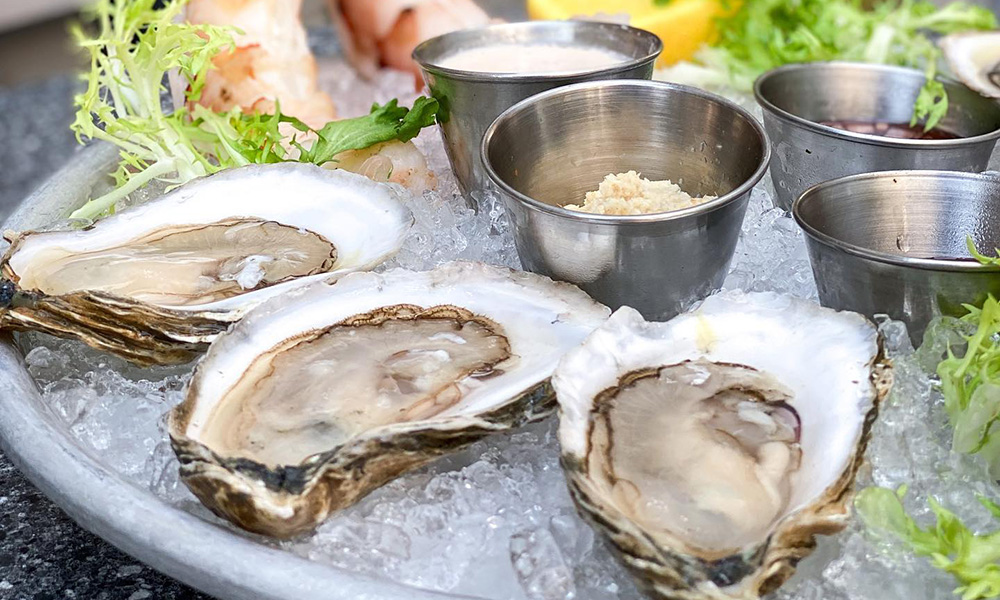 Since 2014, 15 Church has brought Saratoga’s dining scene unparalleled elegance and taste (pun intended a million times over). World-class chefs use the finest ingredients imaginable to create modern-classic dishes that are at once familiar, exotic and yes, delicious. Add in the restaurant’s open-air, waterfall-lined patio, open during the warmer months, and you have a culinary experience that’s worth every last penny. 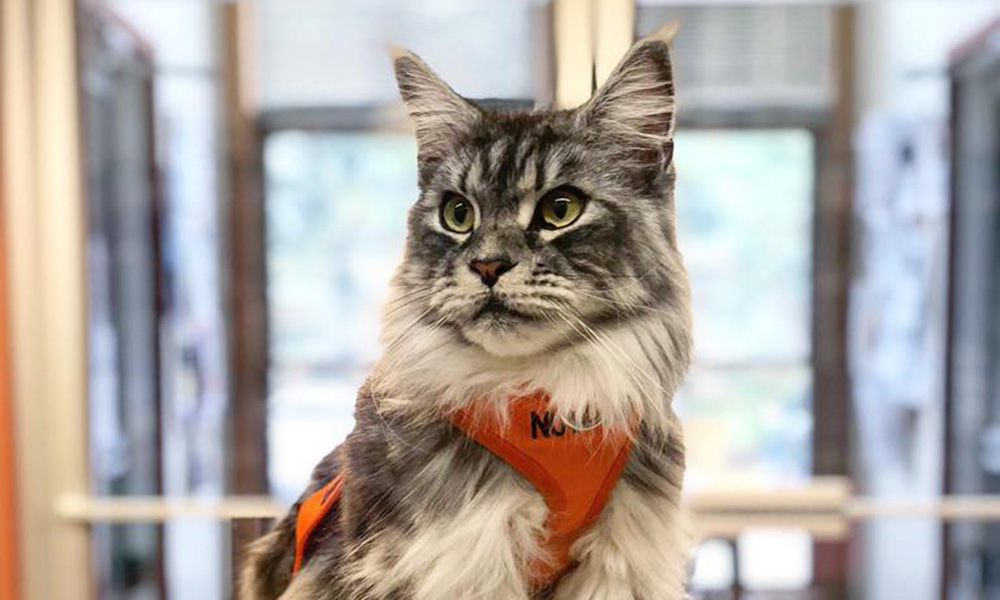 Your pet deserves winning care. Upstate Animal Medical Center has been serving Saratoga’s four-legged (and winged!) community members with progressive and preventative care for more than 20 years. Services include everything from allergy testing and dental procedures to emergency medicine and laser surgery. Your best friend is in good hands. 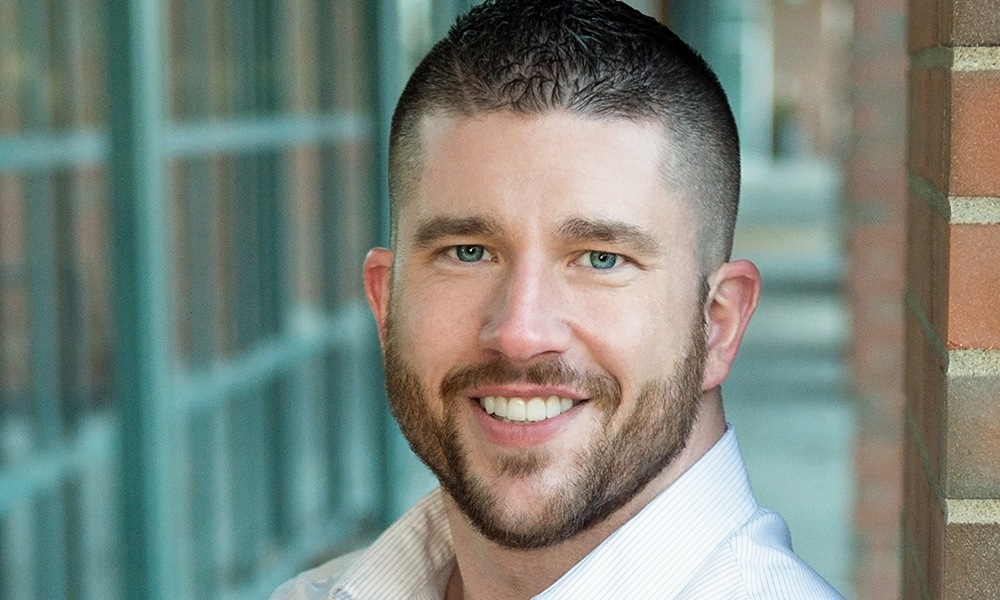 When it comes to money matters, why not go with Saratoga’s best? According to this year’s voters, Sterling Manor Financial fits the bill. Its veteran financial advisors provide diligent, professional wealth management chops to help clients meet even their toughest goals. It all comes down to Sterling’s 3-D Process: New clients partner with an advisor to discover every facet of their financial life, design a plan that meets their goals and deploy that plan. Triple play, anyone? 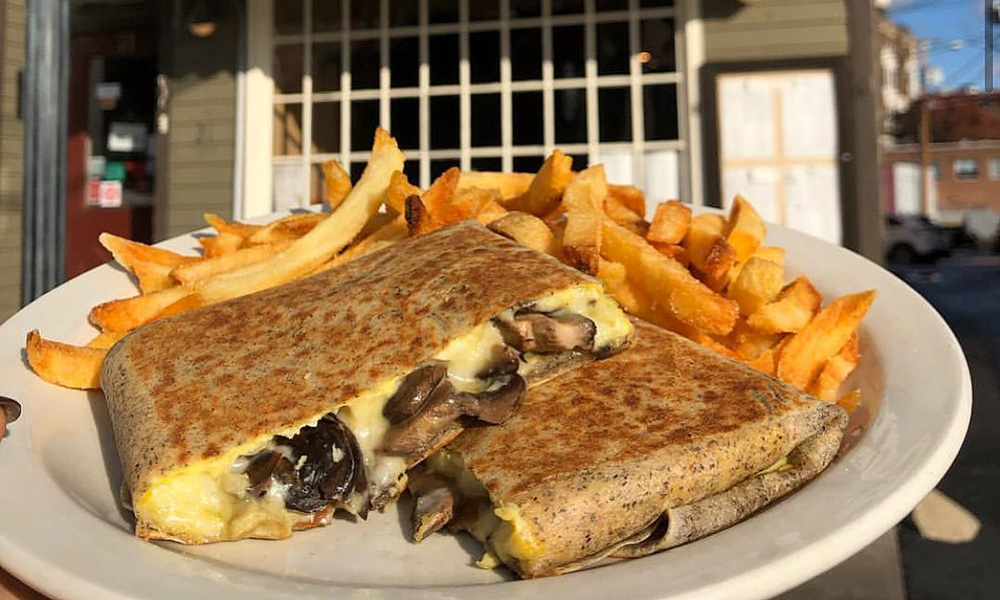 Saratoga’s collective hearts broke last year when Phila Street crêperie Ravenous closed its doors after more than two decades in business. The restaurant was known for its can’t-miss crêpes, both savory and sweet; pommes frites (thin crispy French fries); and laid-back atmosphere. If only Saratoga could wave its magic wand and bring this iconic eatery back. 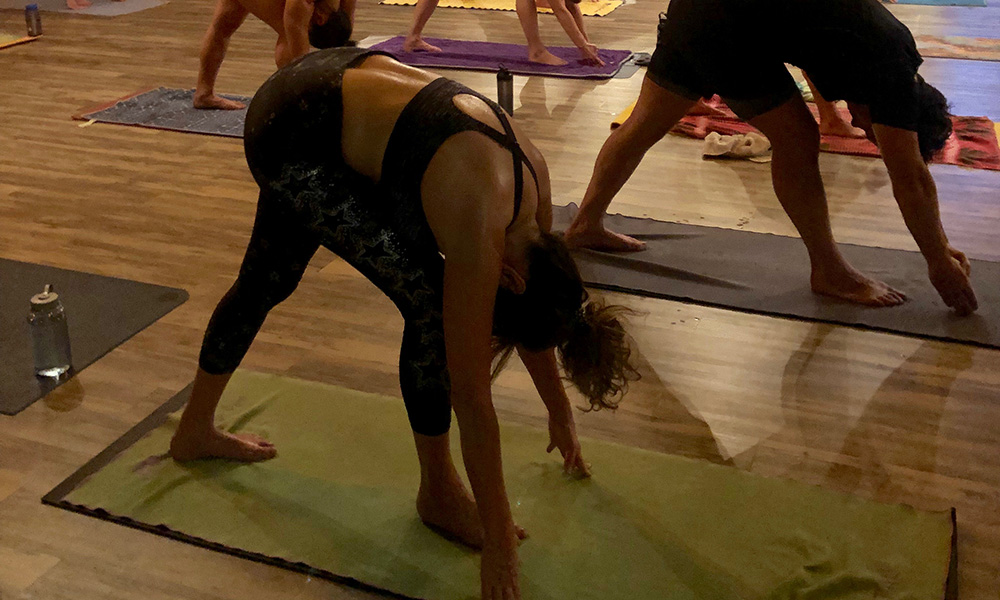 From your first downward-facing dog to your final savasana, The Saratoga Hot Yoga Spot, one of five Capital Region studios, offers this year’s best yoga studio experience. And it isn’t hard to see why: With more than 40 weekly yoga and barre sessions from the area’s top instructors, The Hot Yoga Spot accommodates beginner benders and master yogis alike, and also offers special outdoor sessions in the summer. Ohmmm my.

What would Saratoga be without its spas? The Saratoga Day Spa checks all the boxes this year. The spa’s founding philosophy was to nurture the “whole person” by offering a blend of services that addresses clients’ physical, emotional and spiritual needs. To that end, the Broadway spa offers everything from skincare solutions, waxing and massages to medical treatments, holistic health services, reiki and energy healing. In other words, The Saratoga Day Spa has, and is, everything.