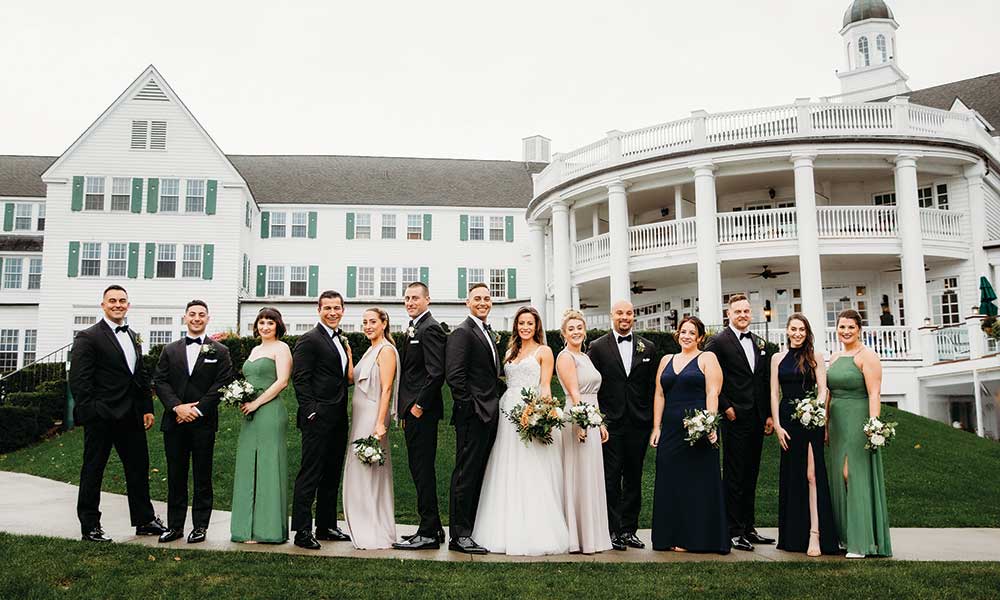 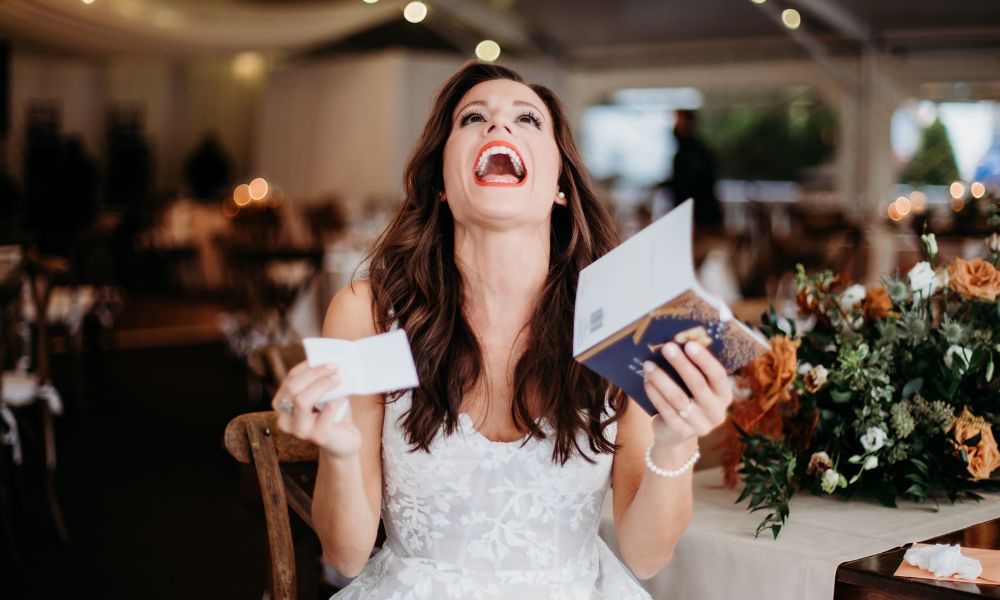 Gina Ventura and Rob Triebsch's wedding palette—blues and greens—was based on something Gina's mom used to say during the family's regular visits to the Sagamore. (Dori Fitzpatrick) 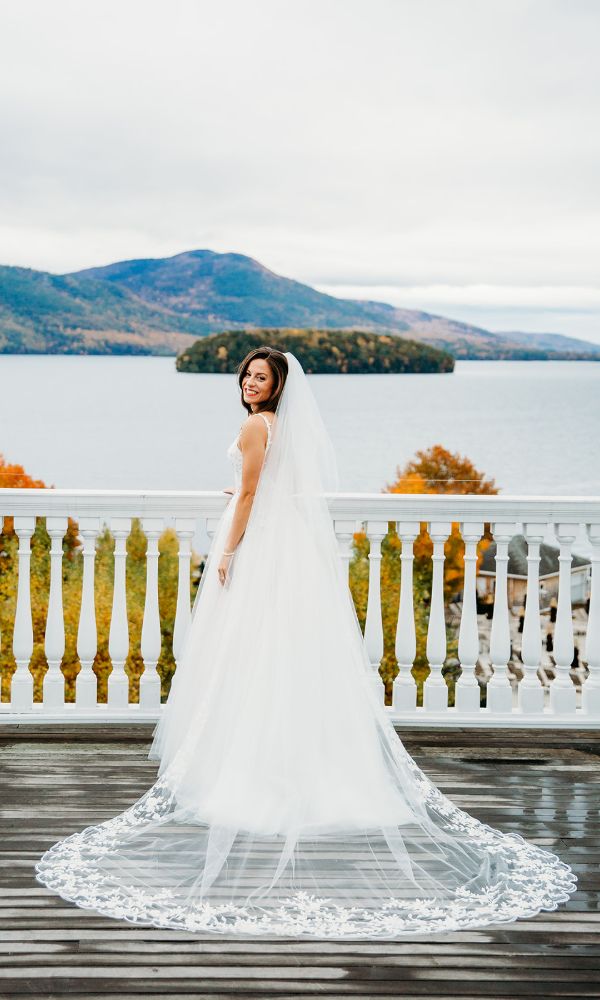 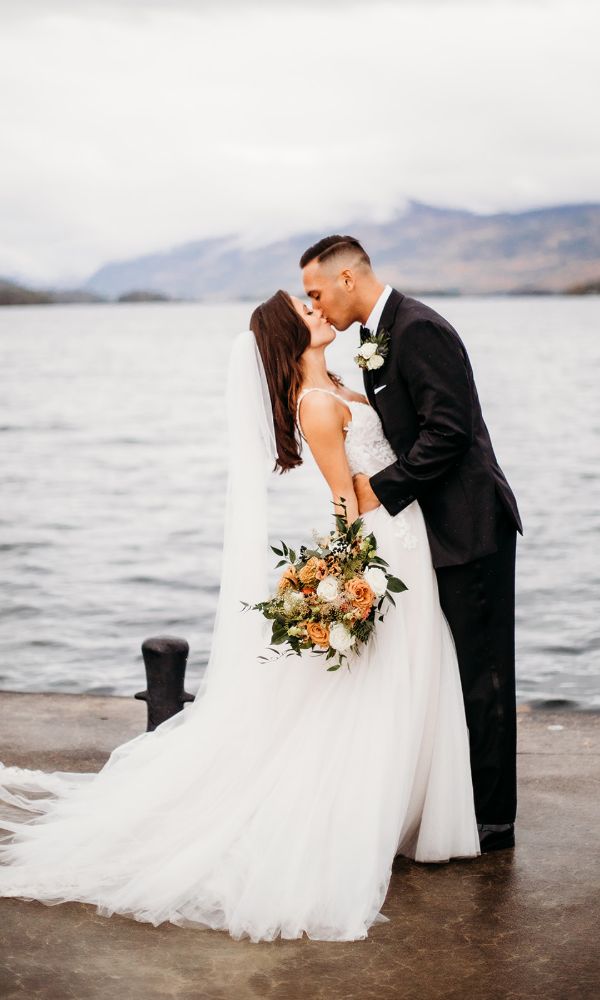 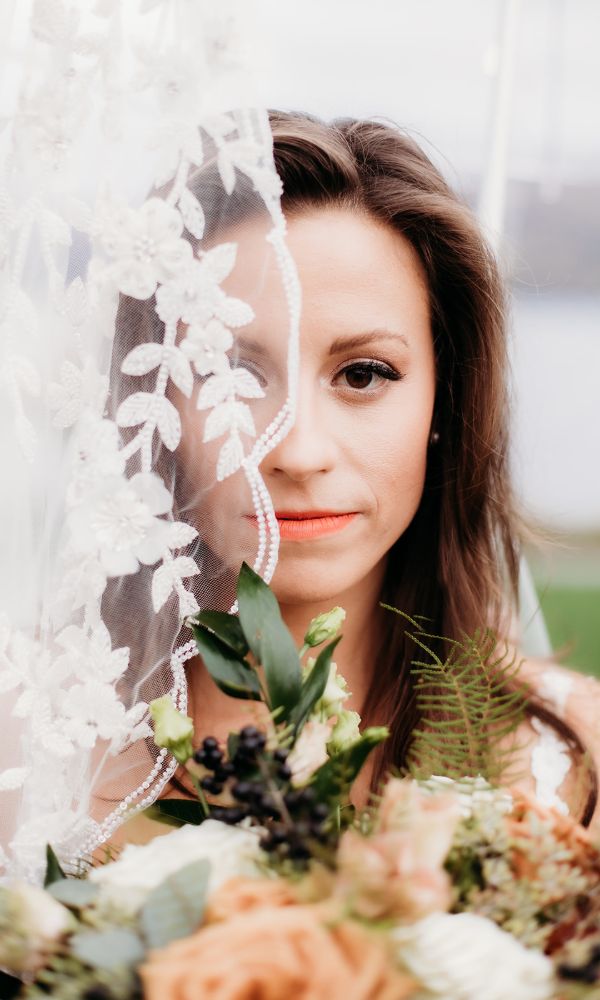 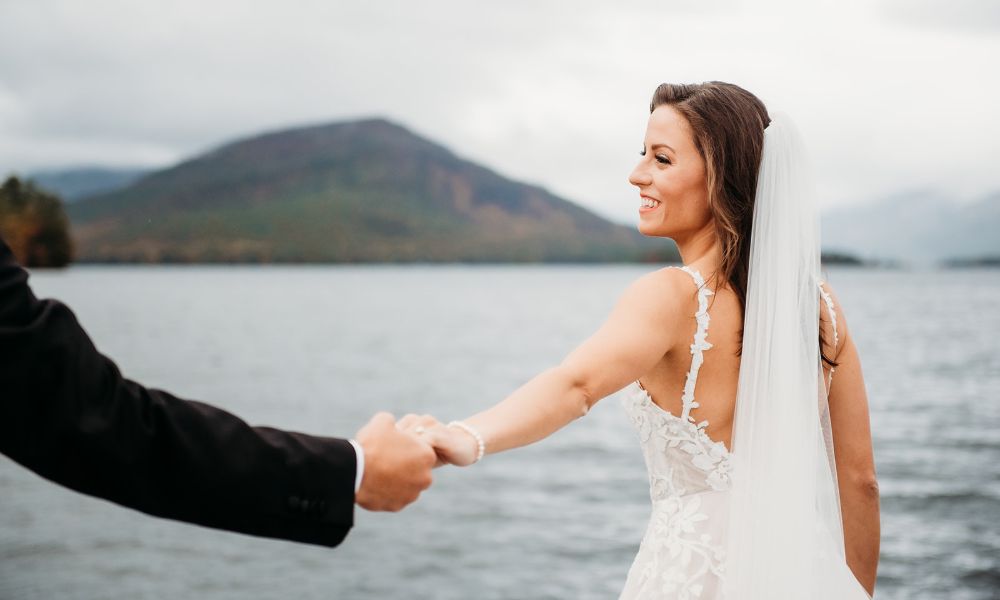 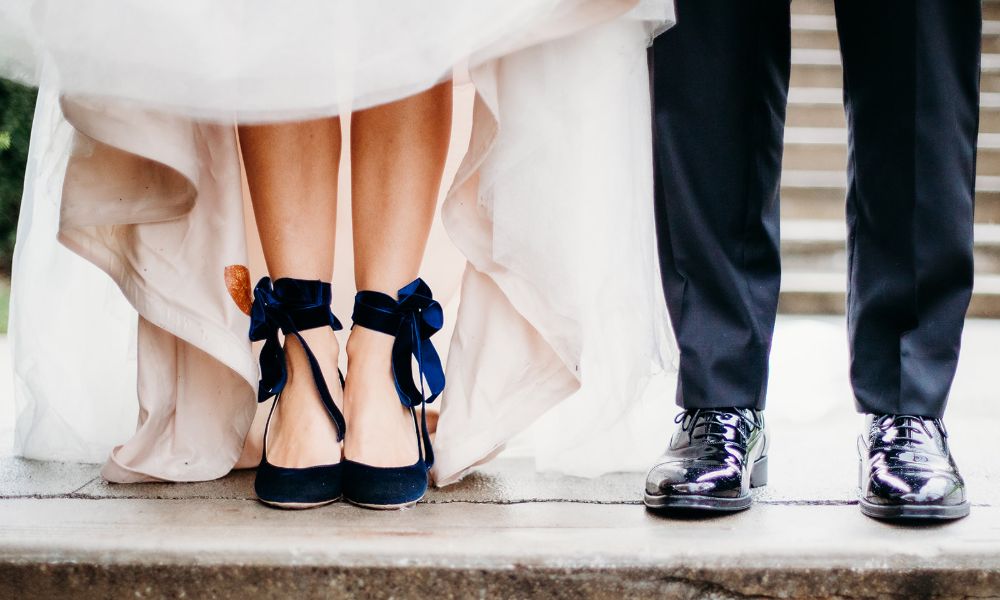 Twenty-one years ago, New Jersey native Gina Ventura’s parents discovered The Sagamore when they received an American Express ad in the mail. They were able to use their credit card points toward a stay there, so they packed up the fam and made the trek north to Bolton Landing. “We fell in love with it,” Gina says of the landmark lakeside resort. “We tried to go every summer. We’d rent a boat and go fishing, we’d eat in town and we always just had the best time.” But on vacation, 9-year-old Gina was thinking about more than cannon-balling into the Queen of American Lakes: “Ever since I got there I was like, “Oh, mhm—this is where I want to get married.”

And so, when Gina met her hubby-to-be, Rob Triebsch, a decade later, she made her master wedding plan known. “It was always kind of a joke,” she says. “I said to him, ‘You know, my whole wedding’s planned—I just need to find the groom.’” When Rob went on his first Ventura family vacation to The Sagamore, he finally got it. Says Gina: “He was like, ‘Yeah. Totally understand. This is amazing.’”

Rob ended up popping the question in August 2020 at—where else?—The Sagamore, and the two-decades-in-the-making wedding took place in October 2021. “Every time we drove up to Lake George, we would roll down the window,” Gina says of her childhood vacations, “and my mom would say ‘The blues are so blue and the greens are so green, aren’t they?’ And we’d all be like, ‘Yes, Mom.’ She would say it every time and not know that she always said it. So it became a thing.” Needless to say, the Triebsch-Ventura wedding palette was bluest blues and greenest greens. And the puppy Rob gave Gina as a wedding present? They haven’t picked her out yet but they already know her name: Georgie.

After Two Wedding Postponements, This Couple Finally Said "I Do" in the Spa City