It’s been a busy couple of months for Saratogian and British expat John Oliver (not to be confused with HBO’s Last Week Tonight host, though the two both have a penchant for the funnies).

Oliver, who grew up in Albany and is a former speechwriter for the House of Seagram and vp of corporate communications at GE Capital, recently got married to Leesa Perazzo, a longtime member of the Schenectady City Council, at the Universal Preservation Hall, amidst the venue’s Dinosaurs in Motion exhibit. (The newly married couple sent out a press release (!) about their wedding, with a hilarious quote from the bride: “I think everybody had a wonderful time. And we’re so very happy the dinosaurs were able to join us.”) 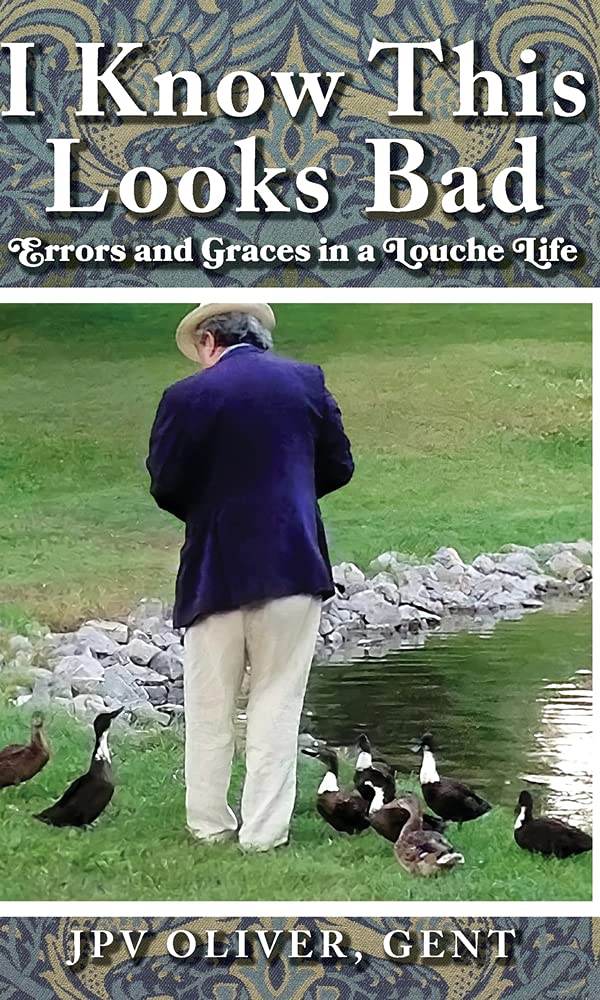 And just a few months prior to that, Oliver published his first book, I Know This Looks Bad: Errors and Graces in a Louche Life, a memoir in which he recounts his “academic disaster, dodgy foreign entanglements, preposterous corporate misadventures and delivers a few poignant tributes along the way,” in 365 vignettes.

OK, so Saratoga Living has long since jettisoned its book reviews section, so you’re not going to find a letter grade for the book or some New York Times Book Review–esque takedown of it here. But I’d be remiss not to mention that Oliver asked me to proof his book’s introduction back in August, and I said, “Of course, John.” (That’s literally how I responded to him.) “If you will do this for me, you will not go unrewarded,” he answered back several minutes later. Even though journalists aren’t supposed to accept bribes or gifts or anything of that nature—and I’d never even met Oliver in person before—I figured that since he’d been a vocal supporter of mine and the magazine’s, even during our toughest times, it made sense for me to return the favor. And what do you know? Oliver offered up the best reward a soon-to-be-ex-magazine-editor could ever ask for: I wound up in the “Acknowledgements” section of the book.

Thankfully, you can pick up a copy of Oliver’s book at Northshire Bookstore, or if you’re outside of the area, on Amazon. Either way, it’s another one in a long list of locally penned books about our area that is worth your time.